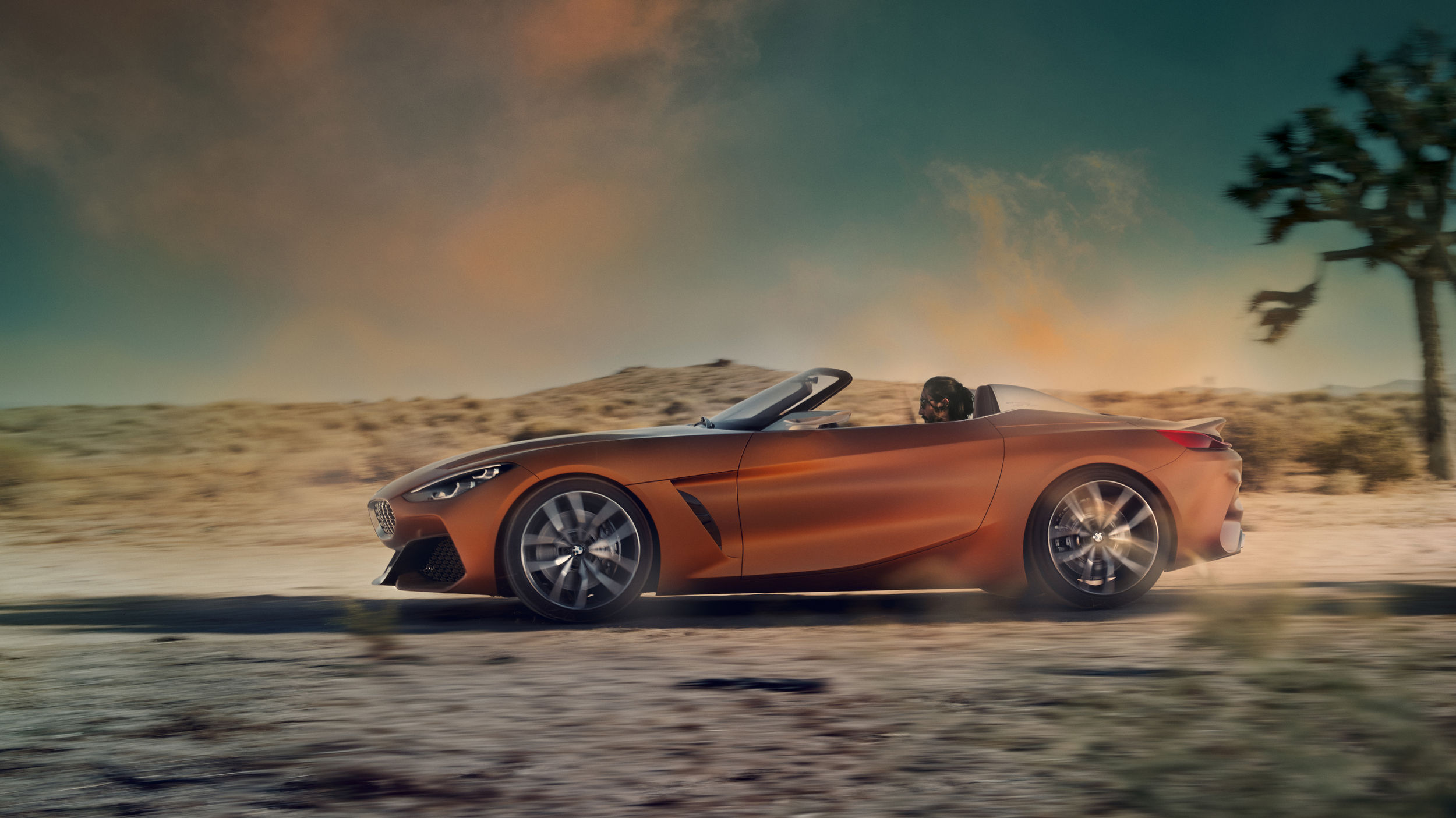 BMW has finally revealed the concept for the third-generation Z4 – a roadster that was teased in the build up of the Pebble Beach festivities. The car is the successor to the Z3 and has undergone a major redesign. After all, it’s been two long years since the last generation was released.

No one buys a roadster expecting it to be a no-nonsense utilitarian car. For starters, this hulking mass sits low to the ground and has just enough room for you and your supermodel girlfriend. Above, there’s a fabric roof which would be handy when it rains. The seats are also practically plopped right atop the rear axle, so you’ll feel every bit of your ride.

Its designers are also very proud of the dramatic ‘shark’s nose’ at the front, which dips ever so slightly right where the updated meshed ‘kidney’ grille sits. The open-top then tapers off at the flared wheel arches, which are adorned by bladed taillights and a prominent spoiler for a look that’s surely inspired by a crouching predator.

Clearly, the eager minds at Munich headquarters had a lot of fun coming up with their new baby. After all, as popular as it was, the Z4 has been eclipsed by Mercedes’ SLK and Porsche’s Boxster for so long. The upcoming model will share the same architecture as Toyota’s upcoming Supra sequel, alongside a line of BMW’s engines.

Three powertrain options — from the 3 Series range — are reported to be available. The 180hp s20i and 248hp s30i will have turbocharged four-cylinders, while the bigger M40i version will have a 320hp turbo inline-six. The good news for gearheads is that Beemer’s keen on keeping the manual transmission alive, together with the familiar automatic ZF eight-speed.

“The BMW Concept Z4 is an all-out driving machine,” said Adrian van Hooydonk, Senior VP of BMW Group design. “Stripping the car back to the bare essentials allows the driver to experience all the ingredients of motoring pleasure with supreme directness.”

This might just be nothing more than a preview for now, but we’re excited to see if the production version lives up to this bronzed rendering basking in the sunset we see now.

BMW Luxury Car Coupe convertible concept cars new cars 2017 Pebble Beach Concours d’Elegance BMW Z4 roadster
Shatricia Nair
Managing Editor
Shatricia Nair is a motoring, watches, and wellness writer who is perpetually knee-deep in the world of V8s, tourbillons, and the latest fitness trends. She is fuelled by peanut butter and three cups of coffee a day.
Motoring Wellness Watches Beauty Style
Sign up for our newsletters to have the latest stories delivered straight to your inbox every week.