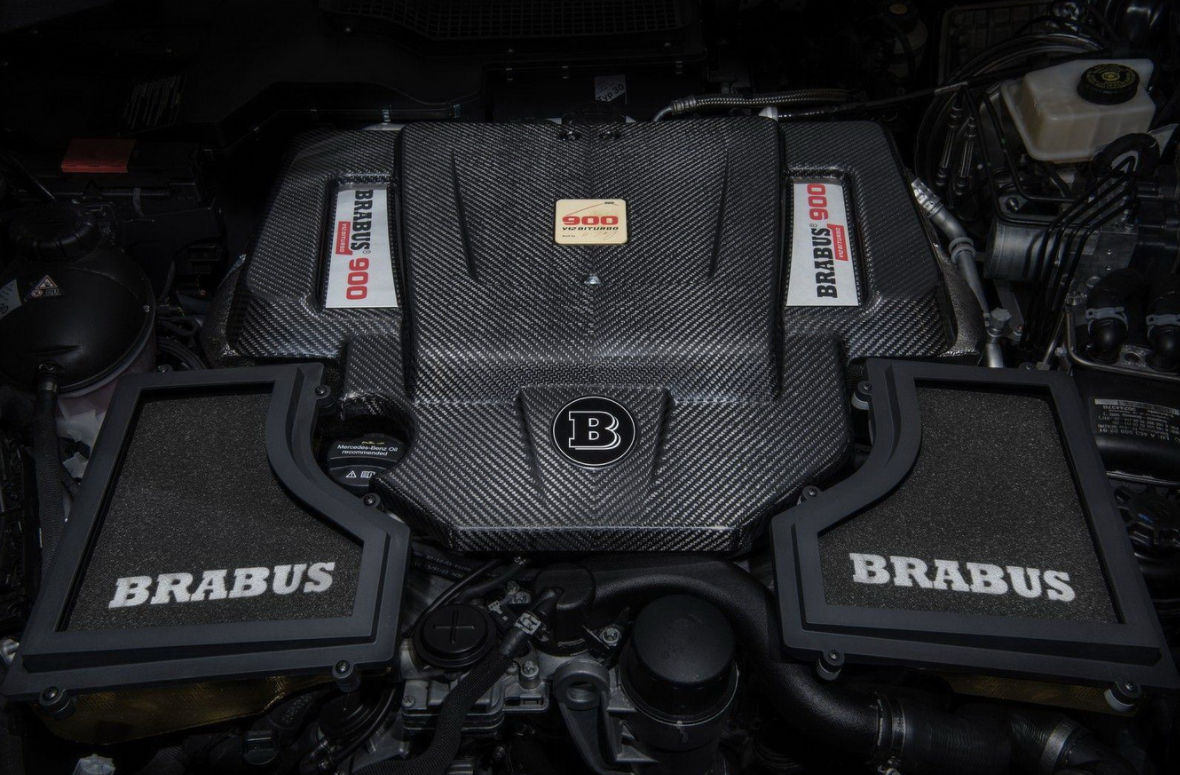 The old adage of “if it ain’t broke, don’t fix it” doesn’t often apply to luxury vehicles, and perhaps one of the finest examples of that theory is Brabus. Founded in 1977 by Bodo Buschmann and Klaus Brackman, the ultra-high performance tuning company has been churning out monsters from its humble plant in the heart of the Ruhr Valley in Bottrop, Germany.

It’s right next to the A2 Autobahn, of course — the pinnacle of the German driving experience.

In its 41 year-tenure, founder and CEO Buschmann had successfully transformed a hobby into a firm that’s now the second largest Mercedes tuner, a title defeated only by its own in-house high-performance division AMG. Unfortunately, the automobile world lost a great visionary when Brabus announced last week that Buschmann had passed away aged 62 following a short illness.

Brabus’ creations are all freaks of nature, but Buschmann was merely translating an insatiable passion for modifying Mercedes-Benz cars to its fullest potential, or as he called it, “adding refinement”. Now the industry generally defines “refinement” in the form of sleek metal trimmings, a cabin so hushed you wouldn’t hear a bomb go off, and leather sourced from cows which are tucked into bed with classical music. Buschmann’s came in the form of bludgeoning power and unadulterated performance.

Despite literally growing up surrounded by Mercs, Buschmann’s first ride or die was a Porsche, which his dad disapproved of him parking at the dealership — he demanded that his son would only get a spot if he drove a Mercedes-Benz.

Buschmann conceded, but not without planning on making his Mercedes-Benz as fast as the Porsche — an ambitious project considering the marque’s focus was on comfort, and AMG wasn’t in the picture yet. It didn’t take long for his first self-modified W116 sedan to catch the eye of a discerning customer — whilst it was parked in the dealership parking lot, of course.

Brabus was conceived (while Buschmann was still in law school) out of frustration of not being able to find any Mercedes-Benz modification shops which met his standards. He roped in his friend Brackman, and the “Brabus” portmanteau was formed. After signing his name to meet the legal registration requirement, Brackman — who was uninterested in the business — then sold his company shares for a €100 pittance. Its first workshop would be conveniently located behind a Mercedes-Benz dealership in Bottrop owned by Buschmann’s parents.

A business that flourished far beyond his expectations forced Buschmann to seek expansion in the company’s current headquarters in Bottrop. By 2012, Brabus opened its third major facility there. His work saw a premise that was exceedingly simple. “Never work for money — work for passion!” he often said, as he laboured over the details of his craft. The result was an impressive portfolio of souped-up Mercedes-Benzes, Maybachs, and most recently, Teslas, alongside a clientele comparable to AMG’s.

To date, the Brabus Rocket remains one of the most resounding creations from Brabus. The 720 Mercedes CLS-based car was the fastest and most powerful four-door sedan in the world (including any police car) when it was first shown in 2006, with a massive 6.2-litre twin-turbocharged V12 that managed a top speed of 362kph. Ironically, it later unveiled a police car version to encourage car fanatics to tune their cars safely.

Then there’s the Brabus Bullitt that was clearly made for people who thought the already bonkers Mercedes-AMG C63 looked lethargic. Swapping its 6.2-litre V8 for a biturbo V12, the re-engineered sedan, with its matte black finish and limited 1100Nm torque, was the most powerful C-Class ever made during its time.

Interestingly, Brabus also waved its magic wand over the other end of Daimler’s spectrum: The micro Smart Car. Available as a sport package that included a sport exhaust with dual center tips, sport suspension, power steering, bigger wheels and subtle Brabus aesthetics, the Fortwo Brabus managed to squeeze an ounce of street cred out of Mercedes’ tiniest car.

But perhaps one of Buschmann’s craziest creations would be the Brabus 900 “One of Ten”, a G-Class variation launched last year that’s more feisty than an over-caffeinated chimp.

As you would’ve guessed from the model name, this G-wagon is a 900-horsepowered model that’s limited to 10 examples only. What it doesn’t tell you, though, is the truck’s ludicrous 1,500Nm of torque, and 3.9-second 0-100kph time. Top speed? 270kph. It looks and drives like a fine specimen of a speed demon.

The Germans have always been adept engineers, but few have had the nerve to reimagine them the way Bodo Buschmann did during his accomplished tenure at Brabus. He managed to make cars more animalistic than they already were, constantly prodding around to find ways to challenge their limits.

His calm and confident facade masked the tenacity he harnessed in earning Brabus the respect it deserves today, and perhaps his “B” badge — possibly the least menacing indicator of brute force — is the perfect reflection of his prolific legacy.

Gear
The best luxury British cars making their debut in Geneva this year
Mercedes-Benz Mercedes-AMG Bodo Buschmann Brabus car tuner custom cars Klaus Brackman Brabus legacy best Brabus cars craziest brabus cars
Shatricia Nair
Managing Editor
Shatricia Nair is a motoring, watches, and wellness writer who is perpetually knee-deep in the world of V8s, tourbillons, and the latest fitness trends. She is fuelled by peanut butter and three cups of coffee a day.
Motoring Wellness Watches Beauty Style
Sign up for our newsletters to have the latest stories delivered straight to your inbox every week.