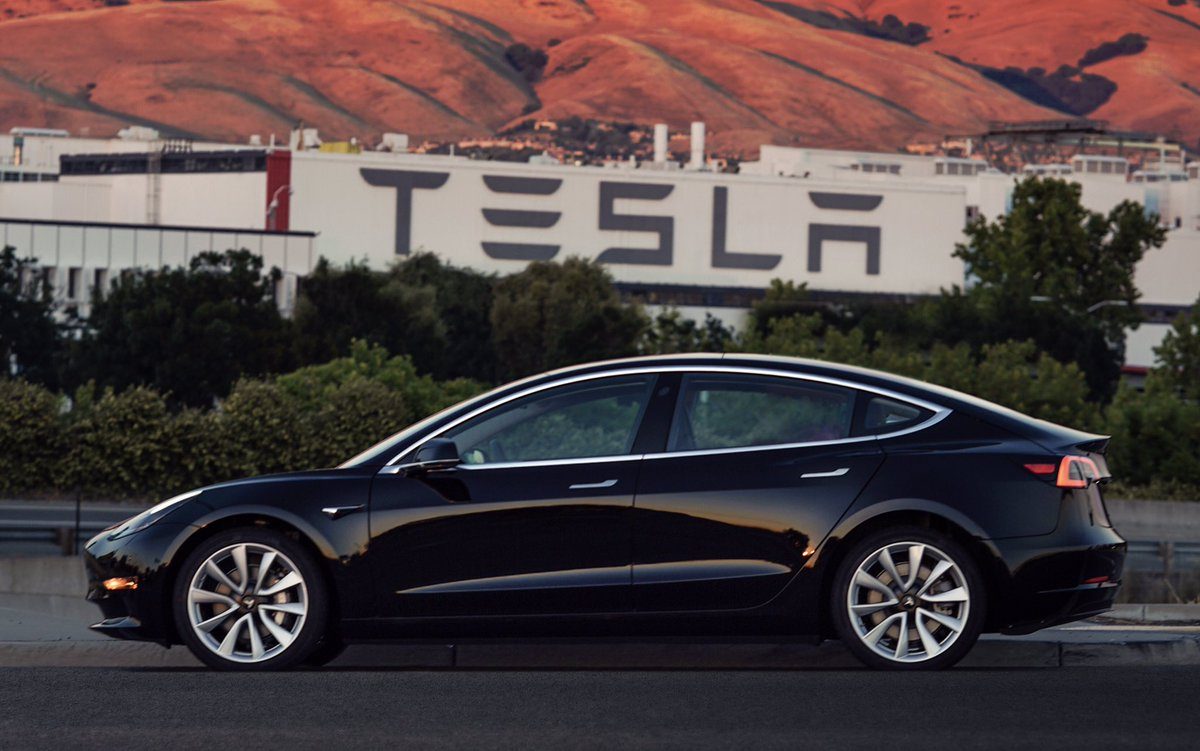 Tesla Model 3: Elon Musk teases with the first production of his game-changing car

You’d think that Elon Musk — billionaire, brainchild and CEO of electric powerhouse Tesla — would naturally be the first in line to receive the very first production Model 3. But in a twist of events, the black sedan he tweeted about, was actually reserved and gifted to him by someone else.

That someone else turned out to be Tesla board member Ira Ehrenpreis, who bought it as Musk’s 46th birthday present, and we can all agree that was very sweet of Ehrenpreis. Of course, Musk couldn’t help show off the highly-anticipated car on Twitter, ahead of the “handover” party for 30 customers on 28 July.

Unlike the Model S’ staggering amount of options, which range from battery sizes and interior types to having a sunroof and a better sound system, the Model 3 is a mass-market car which will limit your creativity to the colour of your car, and size of wheels. Groan all you want, but Tesla is facing an alarming situation after making a loss of approximately S$123 million in its last financial year, so all it really wants is to get the damn car onto the roads and into your garage.

Musk did add that additional choices would be available in the future, but for now, we’ll have to make do with standards such as rear-wheel drive. A zero to 100kph time of 5.6 seconds and a range of 215 miles (346 kilometres) are also some of the promised performance figures Tesla has released.

Tesla’s ever-evolving semi-autonomous hardware will also be available on the Model 3, and will be capable of Level 5 autonomous driving by the end of the year, which means it will be fully driverless in any and all conditions.

For those who begged and pleaded with Musk to include a traditional speedometer for when they’re not on autopilot, you’re not in luck because the Model 3 won’t have it. The ultra-minimalist interior will only have a centre-mounted, landscape-oriented touchscreen on the dashboard. Nothing else.

Eco-Friendly Tesla electric cars Elon Musk Tesla model 3 Luxury Sedan Minimalist Tesla Model S autonomous driving
Shatricia Nair
Managing Editor
Shatricia Nair is a motoring, watches, and wellness writer who is perpetually knee-deep in the world of V8s, tourbillons, and the latest fitness trends. She is fuelled by peanut butter and three cups of coffee a day.
Motoring Wellness Watches Beauty Style
Sign up for our newsletters to have the latest stories delivered straight to your inbox every week.