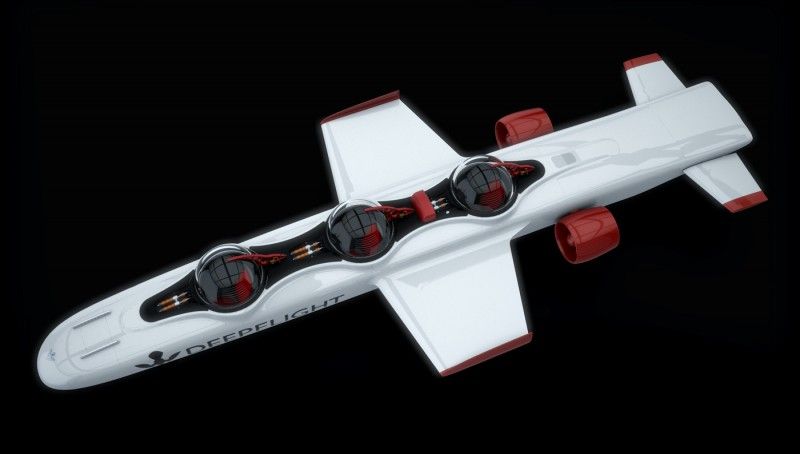 If you’ve always been curious about what lies beneath the dark, sinister depths of the ocean but are too afraid to take diving classes, this one’s just for you. Designed specifically so you can immerse yourself into the ocean in total comfort (read: nice and dry), the DeepFlight Super Falcon 3S should redefine excursions out with the family.

The result of a collaboration between submersible specialists DeepFlight and Rainbow Ocean Technology, this personal flying submarine is a larger version of the original Super Falcon launched in 2009. And despite its plane-like silhouette, it can’t literally fly. Sans ballast tanks, this new Super Falcon relies on speed and aerodynamism to cut through water up to 120 metres deep. Other submarines submerge and emerge via the adjustment of weights by filling the tanks with water or pressurised air.

Propulsion is provided by two electric motors for a top speed of six knots, and the 14kWh zero-pollution battery gives you more than eight hours of sheer underwater enjoyment, without leaving so much as a trail of bubbles in its wake. If you’re bored of regular underwater cruising, this aquatic explorer will oblige hydrobatic manoeuvres, but only if you dare it to.