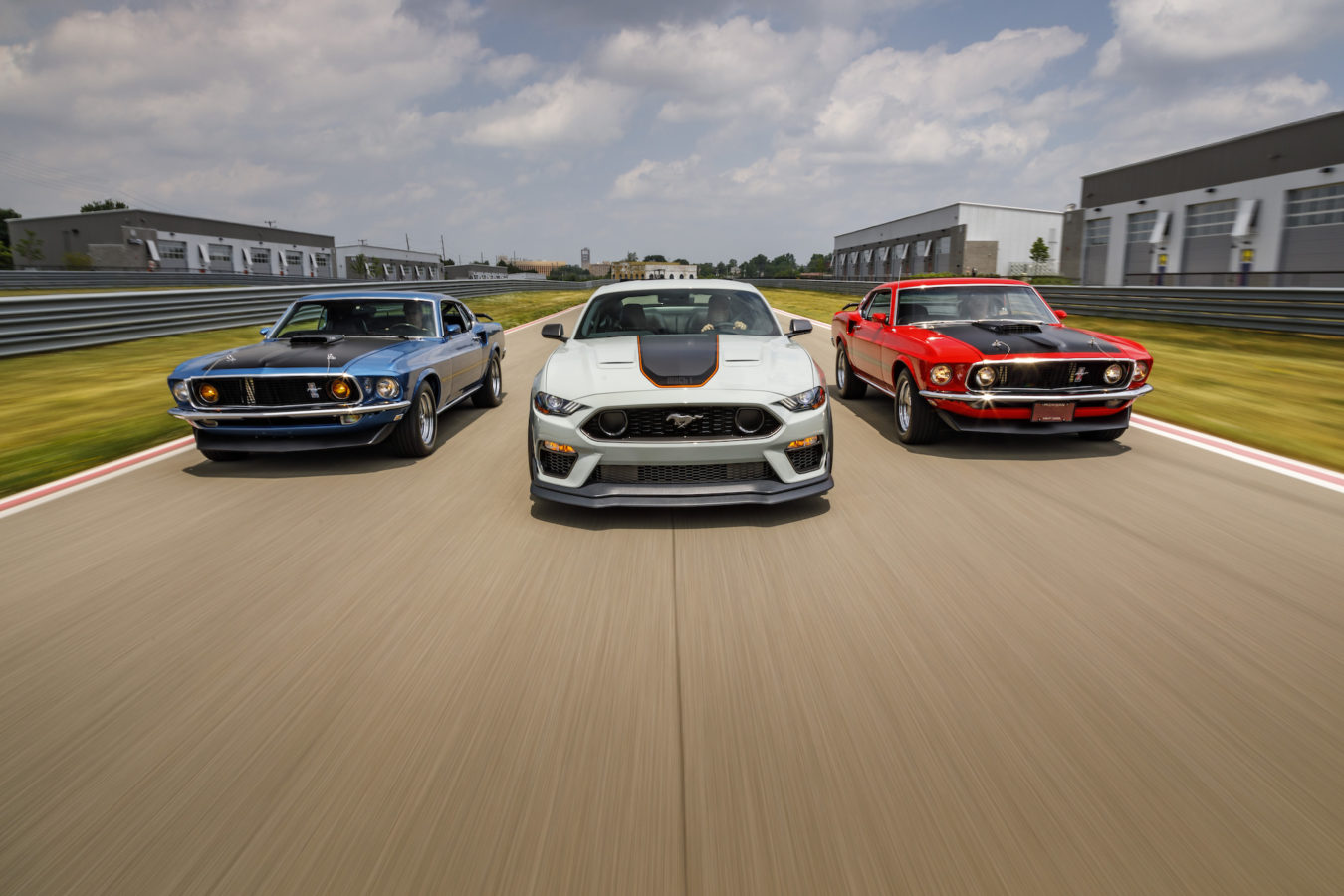 Mention the name “Mustang” and the words “GT” or “Shelby” usually follow. What many don’t know, however, is that these pony cars shared stables with another equally potent roommate.

The first generation of the 250hp Mach 1 performance package was introduced in 1969 to attract a younger audience amidst growing competition from GM’s popular Chevrolet Camaro and the Pontiac Firebird, and it filled the gap between the standard Mustang and the extreme performance-oriented Shelby. It proved to be so popular that it outsold the GT model and later ousted it from the list completely that same year. However, the Mach 1’s fourth-generation from 2003 to 2004 was also its last.

But a 17-year hiatus is way too long for such an iconic car, and Ford knows that fans are more than ready to see this pony car back in action. Which brings us to the 2021 Mustang Mach 1, a vehicle of which Ford says is “the most track-capable 5.0-litre Mustang ever”. That’s excellent news for hardcore enthusiasts then, seeing as the Mustang still remains to be one of the world’s best-selling sports car even after 56 years.

We didn’t expect anything less from a car whose name connotes supersonic flight, but while it can’t break the speed of sound, its numbers are still frighteningly quick. It has a more powerful 5.0-litre V8 that pushes out 480hp and 569Nm of torque — the same figures as the Steve McQueen-inspired Bullitt — and comes standard with the Shelby GT350’s six-speed manual transmission. Those who are willing to turn down the same ivory white cue-ball shifter that’s in the Bullitt can choose to spec theirs with paddle shifters and a 10-speed automatic transmission instead.

While there aren’t official timings yet, the car is expected to hit under five seconds on a 0-100kph sprint and match or surpass the Bullitt’s 262kph top speed. Other trimmings borrowed from the Shelby GT500 include the rear axle cooling system and rear diffusers, while the four new 4.5-inch exhaust tips sticking out the back suggest that this isn’t a car to be trifled with.

Recapturing the Mach 1’s aggressive style was integral in delivering the same hair-raising experience for fans, only this time with a contemporary twist. The new deep 3D mesh grille, shark-nosed section and faux lamp elements harken back to the first-gen Mach 1. New side grilles sit below the turn signal lamps, while low-gloss and black accents not only highlight the model’s bold, muscular heritage but also lends a premium look to the performance-oriented car.

Fancy paintwork aside, the car also has smart aerodynamics to thank for its aggressive appearance and track capabilities. An optimised front splitter works with the matched rear spoiler to create ideal lift balance, creating so much as 22 percent more downforce than a Mustang GT that’s outfitted with Performance Pack Level 1. Opt for the Handling Package on this, and that number leaps to 150 percent.

The standard Mach 1 will ride on 19-inch five-spoke aluminium wheels that are painted Tarnished Dark for maximum street cred — mostly because they recall the classic Magnum 500-style wheels from Mach 1s of old. An appearance package in Fighter Jet Gray and tons of orange accents can also be had for an extra cost — but what’s the point of a pony car if you can’t be flashy with it?

Ford hasn’t yet announced pricing or how many of these will be produced, but has promised they will be available at dealerships in spring 2021. As far as icons go, the Mach 1 is one of those Mustangs that have always been associated with bold styling and superb handling. Just ask Sean Connery’s James Bond, who roared through the streets of Las Vegas in the ‘pony express’ while evading police in Diamonds Are Forever.

Ford Mustang limited edition cars Pony car
Shatricia Nair
Managing Editor
Shatricia Nair is a motoring, watches, and wellness writer who is perpetually knee-deep in the world of V8s, tourbillons, and the latest fitness trends. She is fuelled by peanut butter and three cups of coffee a day.
Motoring Wellness Watches Beauty Style