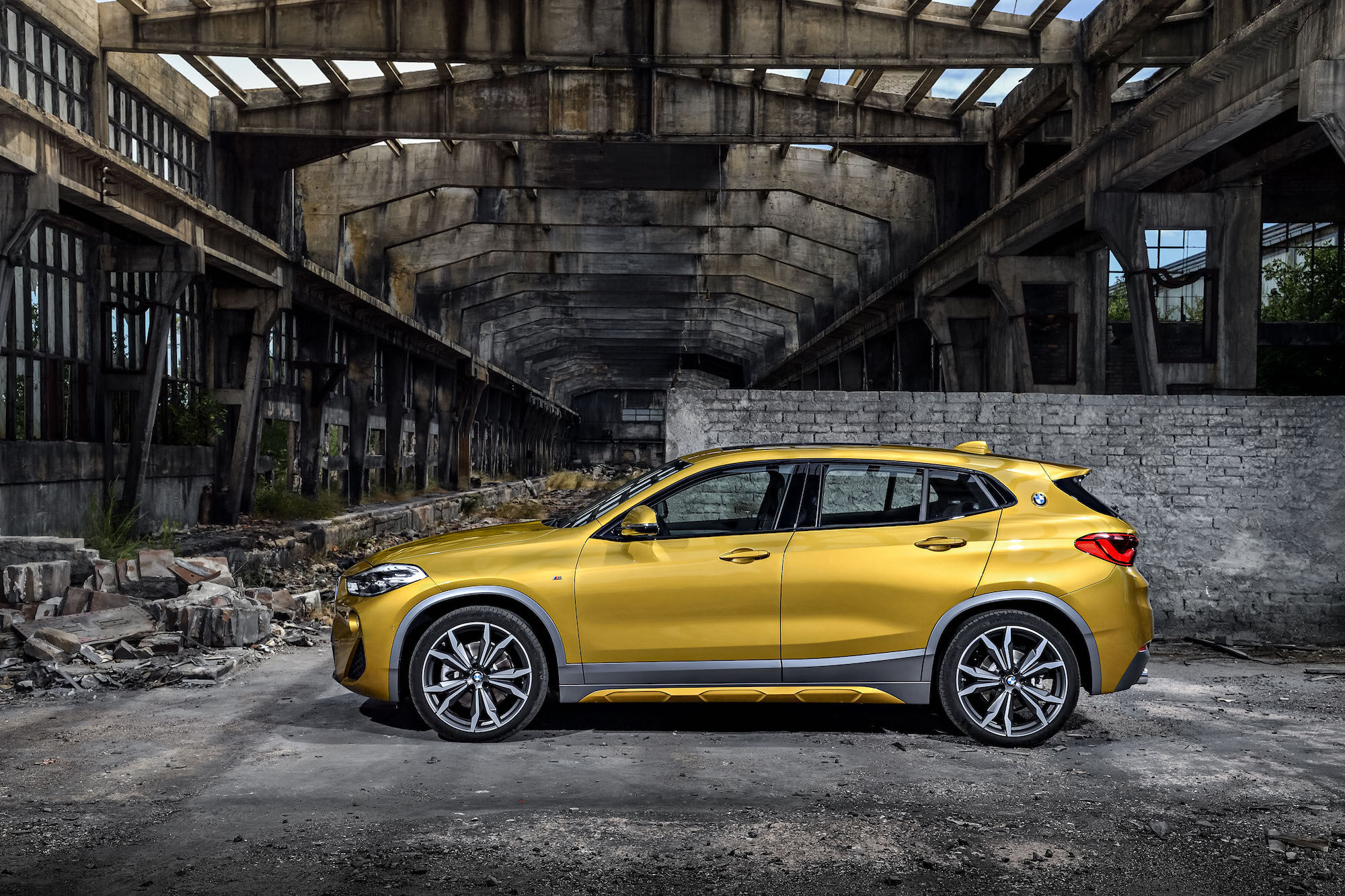 The BMW X2 is the latest brand new badge in the Bavarian company’s rapidly-growing cavalry, and as a lower, sportier and sleeker counterpart to its other stablemate — the well-received X1 — you know you have a rather exciting model on your hands.

So exciting, that we’re struggling to find a direct competitor. The business of crossovers and smaller SUVs have somewhat managed to overlap each other, but if you have to know, X2’s project leader revealed that it’s the mighty Range Rover Evoque. The BMW X2 is a coupe-like, subcompact SUV crossover, or as they’ve fancily relabelled: a Sports Activity Coupe (or SAC, for the millennials). Having already produced the X6 – the original coupe-like SUV crossover – and more recently, the X4, it was only natural for another X variant to be introduced. After all, the series accounts for one-third of its sales worldwide. As a new model, it’s unique in that it doesn’t quite follow its relatives’ more upright rear. Because it has done away with windows behind the rear door, there’s now space to plonk a BMW badge — a supposedly allusion to the 3.0CSL Batmobile of yesteryears. We’re guessing it’s because it’ll be unrecognisable otherwise. A long hood, sleek greenhouse, and aggressively-styled rear highlights a different design DNA than its predecessor, as does the pentagonal kidney grille that’s now been inverted. Of course there’s always the M Sport X package — which fuses X SUVs and M performance features — to amp up the wow factor a couple of notches too. Think family-friendly rally car.

Underneath the zesty styling is the same platform as the X1 and Mini Countryman. Powerplants come in the range of 2-litre diesel and petrol engines. They can be fitted to front-wheel drive or all-wheel drive, and depending on where you live, there will be a manual, sports automatic transmission, or a dual clutch automatic transmission available. Higher performance variants will be released over time, although the 192hp diesel example can hit 100kph from a standstill in only 7.7 seconds. That’s enough pulling power for any motorway run. And with 295 lb ft of torque, you could be pulling more than just yourself. 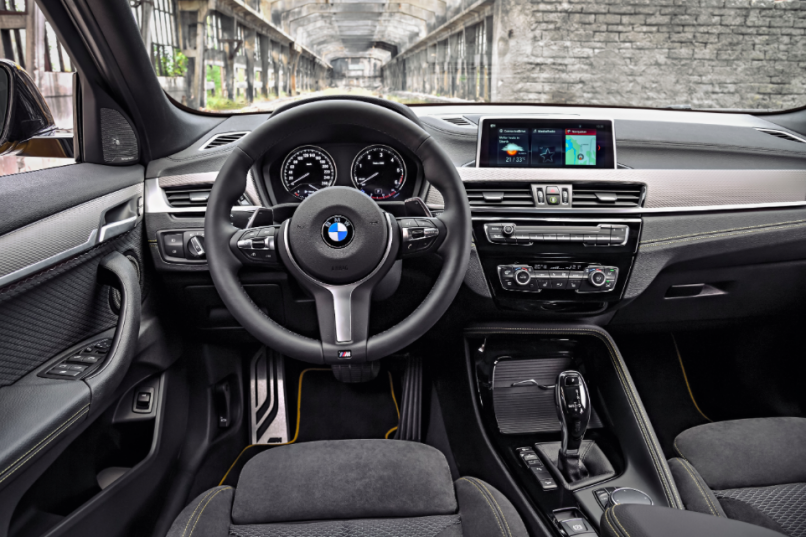 Climb inside the X2 and you’ll find a very typical BMW, only sportier. The dashboard and technology are all similar to other little Beemers currently on sale, with the only upgrade being a new touchscreen complementing the iDrive controller (which everyone loves). As with any BMW, there are an abundance of options to check, including head-up display and ambient lighting.

As with many crossover SUVs on the market, you don’t really sit that up high — it’s like being in a slightly raised-up wagon. Space is plentiful up front and there’s plenty of room for a long journey in the rear, even if you’re vertically blessed. The abundance of space carries all the way to the boot, which can be further expanded by folding the rear seats down. 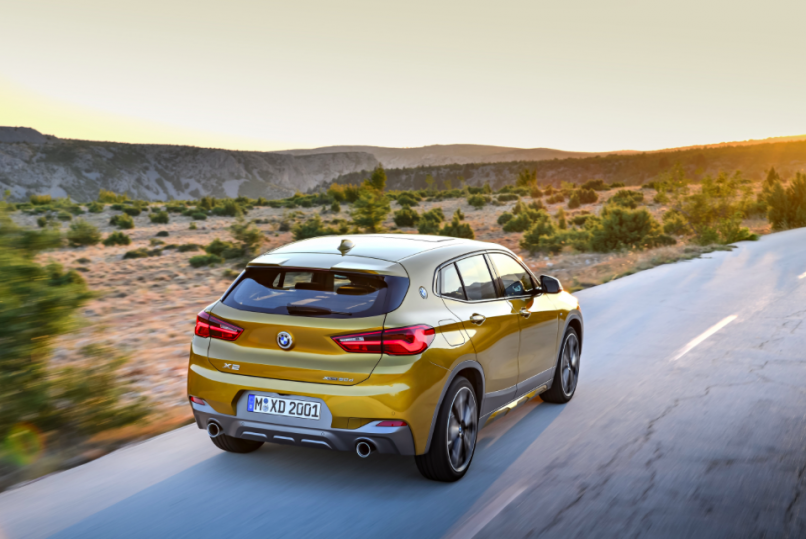 So the BMW X2 has more sex appeal than the X1, but costs more and has less space. It’s also newer than the Range Rover Evoque and aesthetically more aggressive, so begets the golden question: should you buy one? If you have offspring, the X1 is probably the more practical choice if your heart is set on a BMW. Otherwise, go for the X2. It’ll still offer a good dose of practicality, only this time you’ll get second looks too.

BMW Luxury Cars BMW X1 new cars 2018 BMW X2 Subcompact SUV new SUV BMW x-series BMW M Sport X package
Shatricia Nair
Managing Editor
Shatricia Nair is a motoring, watches, and wellness writer who is perpetually knee-deep in the world of V8s, tourbillons, and the latest fitness trends. She is fuelled by peanut butter and three cups of coffee a day.
Motoring Wellness Watches Beauty Style
Sign up for our newsletters to have the latest stories delivered straight to your inbox every week.