How Formula One became the world’s most prestigious car race

Bottomless champagne flutes, extravagant after-parties, and concert headliners that could rival Coachella’s. These aren’t what you’d usually associate with the pinnacle of motorsport racing, yet the world’s most prestigious car race has evolved leaps and bounds to become not only the world’s most watched, but also most lucrative event of the year.

We’re talking about the Formula One Grand Prix, of course, and as we gear up for the annual sundown extravaganza here, we look back at how its history has made it such as special race — beyond the dizzying glitz and glamour.

Gear
5 most controversial Formula One drivers in history 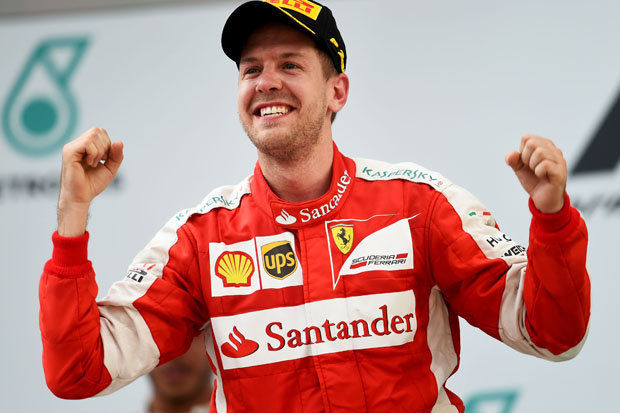 All in a name

The highest class of single-seater auto racing backed by the Fédération Internationale de l’Automobile (FIA), the Formula One World Championship has been easily distinguishable by its otherworldly-looking cars and phenomenal speeds since its inaugural season in 1950.

Contrary to popular belief, the ‘Formula’ part of the name actually refers to the set of rules that racers and racing teams must comply to, while the ‘One’ highlights that this is the FIA’s top racing category, with the most advanced and fastest cars. Winners are then determined by a points system following a series of circuit or public road races worldwide, better known as the Grands Prix.

With roots that originate in the earliest days of motor racing at the European Grand Prix Motor, plans for a Formula One drivers’ championship were discussed in the late ‘30s, only to be shelved with the impending World War II, leaving the championship unformalised until 1947. A mere three years later, the landmark Silverstone circuit in England played host to the first ever world championship race.

Now the race has spawned enough drama to put a decade-long soap opera to shame, but it has also created champions that will forever be immortalised as racing legends. Early greats that’ve cemented their name in history include Italian Giuseppe Farina, who crossed the finishing line in 1950 with his Alfa Romeo, narrowly edging out his Argentine teammate Juan Manual Fangio to take the first championship title ever.

Fangio would later go on to sweep up the title in 1951, 1954, 1955 and 1957, setting a record of five World Championship titles that would stand unbeaten till Michael Schumacher took his sixth in 2003. Having dominated Formula One’s first decade, Fangio is, till this day, remembered as the “Grand Master” of Formula One.

While there weren’t any shortage of privateers — drivers whom operated independently and raced their own cars — they were often eclipsed by major pre-war manufacturers such as Maserati, Mercedes-Benz, Alfa Romeo and Ferrari. The first few seasons saw pre-war cars compete, their front-engined, narrow treaded tyres and 1.5-litre supercharged or 4.5-litre naturally-aspirated engines looking worlds apart from the aerodynamic beasts we know today.

Innovation didn’t take long — the late 1950s saw racing mechanic Charles Cooper make the switch to rear-engined cars, a move that not only won his driver Jack Brabham back-to-back titles, but also inspired the rest of manufacturers to follow suit. A constructors’ championship was then introduced in 1958 to further incentivise innovation.

While the costs were understandably phenomenal, it was the death toll that took a hit on the sport — 13 drivers were killed in the first decade. Ferrari is, till this date, the only one that has competed since the off.

While prominent car brands such as Alfa Romeo and Ferrari were based in Italy, Formula One was clearly defined by an era of British dominance. Mike Hawthorn led the revolution as the United Kingdom’s first Formula One World Championship driver in 1958. Sir Jackie Stewart (nicknamed “the flying Scot”), Jim Clark, and Graham Hill were but a few of the legends who put Great Britain on the automobile map.

So prominent they were on the tracks, that companies began associating their brand with the cars and their drivers. The iconic British Racing Green Lotus that the team used was the first to carry advertising on its cars, and by 1968, introduced sponsorship to the sport following a deal with Imperial Tobacco — a tradition that has become a seriously profitable business today.

Cars competing in Formula One races were notorious for pushing the boundaries in terms of power and speed. Bugatti introduced the mid-engined car with the Type 251 to massive failure, only to have Australian racing driver Jack Brabham (car constructor and founder of Brabham racing team) swoop up four world championship titles from 1959 to 1966 with a mid-engined car he designed with Cooper. By 1961, all his competitors had also made the switch.

Innovation also came in the form of a new species of chassis. 1962 saw Lotus put forth a car with an aluminium-sheet monocoque chassis instead of the traditional space-frame design. Essentially one large body panel instead of a web of interlocking struts, the former has been dubbed “the greatest technological breakthrough since the introduction of mid-engined cars”. It has now evolved to being made from lightweight carbon fibre, debuted by McLaren’s MP4/1 Formula One racing car.

Formula One has always been a decorated sport but it was really Bernie Ecclestone that made it the massive multibillion-dollar shebang it’s come to be known for today. In parallel to his participation as Brabham team owner, he also formed the Formula One Constructors Association (FOCA) in 1974 with a few others, aggressively negotiating the sport’s television rights and advocating that 47 percent of the revenues from viewership be given to teams.

Till today, the Formula One Management is one of sport’s most successful vertically-integrated entity, controlling not only television feeds, but also trackside hospitality, paddock passes, and its travel agency. The moppy-haired, short-statured Ecclestone had — almost singlehandedly — morphed a scruffy pastime for car enthusiasts into the world’s largest sporting event, beamed into millions of televisions around the world.

1983 kickstarted a series of bans from the Fédération Internationale du Sport Automobile (FISA), a governing body for motor racing events. Technological advancements in the form of electronic driver aids first surfaced in the ‘80s, when Lotus led the pack with active suspension. Five years later, the system was perfected when Aryton Senna drove it to victory at the Monaco Grand Prix. When semi-automatic gearboxes and traction control came into the picture, the scandal was that technology determined the race results more than driver skill. However, banning the aids only rendered these tech-dependent cars twitchy and difficult to drive.

Meanwhile, a different rivalry was brewing on the track. McLaren and Williams dominated the ‘80s and ‘90s, triggering controversies amongst drivers. But perhaps the most unusual would be legendary McLaren teammates Aryton Senna and Alain Prost’s unusual relationship, which blossomed into Formula One’s very own drama series from 1988 until Prost’s retirement in 1993. Senna’s defining moment as Prost’s lead drive replacement the following year proved to be short lived, having crashed into the notorious Tamburello curve at the San Marino Grand Prix. A slew of deaths not the track ensued, prompting safety regulations that initiated the ‘narrow track era’. Defined by smaller and grooved rear tyres to reduce mechanical grip and narrower tracks, the FIA aimed to reduce cornering speeds by ensuring a smaller contact patch between the road and tyre, while promoting driver skill.

McLaren, Williams, Ferrari, and Renault ruthlessly overshadowed independent teams from 1979 to 2008. The three decades saw not only their drivers win every World Championships, but also its team win every Constructors’ Championship.

New-age legends that have made quite the household name for themselves include Michael Schumacher, who won five consecutive Drivers’ Championships (from 2000 to 2004), while leading Ferrari to Constructors’ Championships victory from 1999 to 2004. His countless records throughout his career — including 91 Grand Prix wins, 13 wins in 18 seasons, and seven Drivers’ Championships — still stand unbeaten today. His streak as the youngest Formula One champion ended when Renault driver Fernando Alonso won in 2005, a title later overthrown by Lewis Hamilton in 2008. 16 years after a momentous career at Formula One, Schumacher retired in 2006, only to re-enter the circuit in 2010 with the newly formed Mercedes works team.

In a bid to improve on-track action, rules were often modified by FIA. Team orders — in which teams manipulated race results — were banned in 2002, even though they were legal since 1950. The points scoring system, technical regulations, qualifying format, and the duration in which the engines and tyres must last were also changed.

An economic recession would kick manufacturers like Honda, BMW, and Toyota from Formula One in 2009, resulting in buy outs that completely shifted the Formula One scene. This loss opened doors for new teams that were finally accepted entry into the 2010 season, such as Richard Branson’s Virgin Racing and Team Lotus. Still, Mercedes emerged as the force to be reckoned with, as Hamilton and his main rival and teammate Nico Rosberg winning 16 of the 19 races in the 2014 season.

To many, Formula One might merely be a race between unpractical cars with ludicrous speeds. It remains, however, a crucial part of the motoring world, spearheading not only innovation but also establishing a branding superiority amongst each other. The race might’ve seen a world of changes, but the sheer exhilaration of watching the cars being pushed to its engineering limits still remains an adrenaline-filled affair for many today.