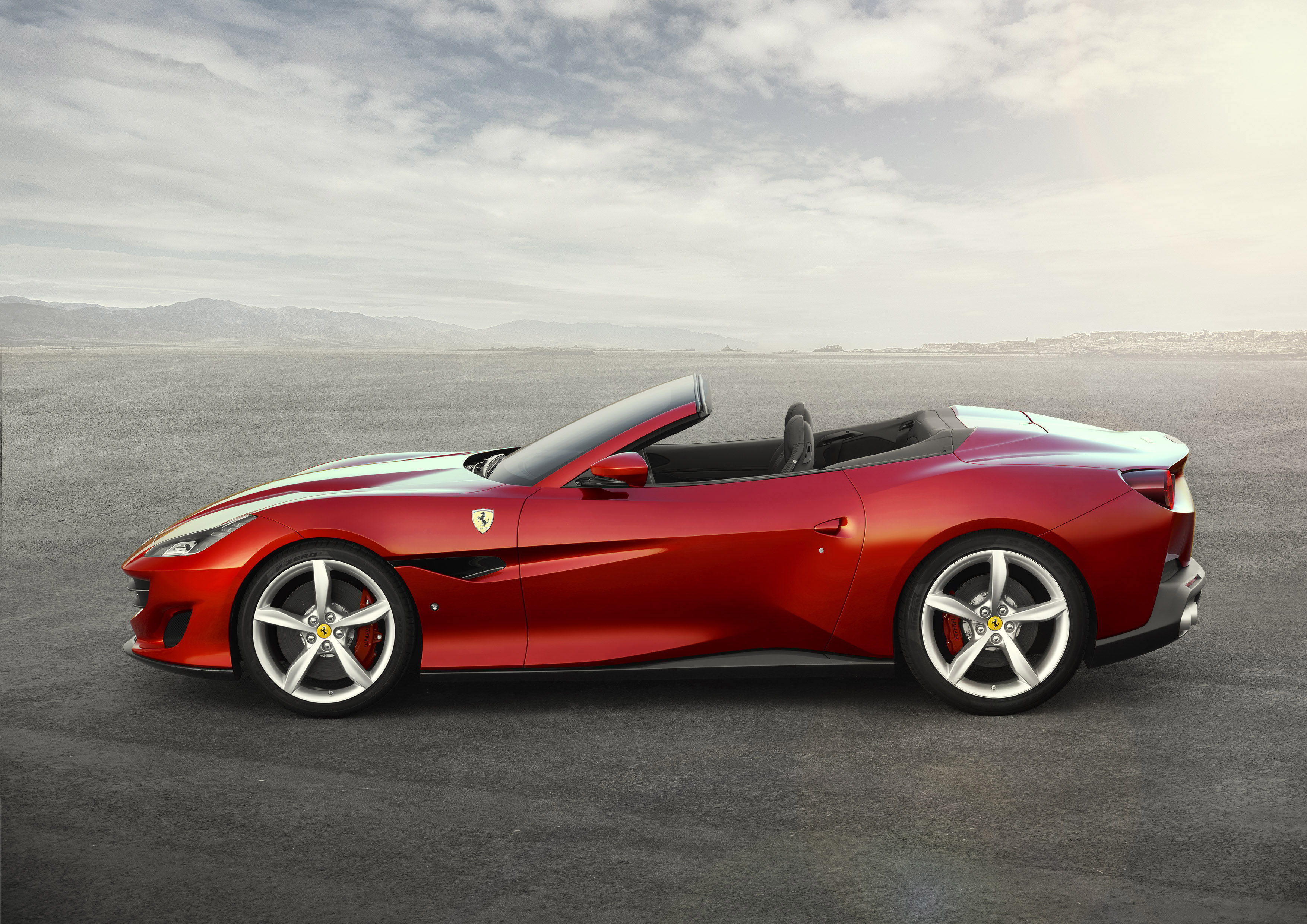 The Italian job: Ferrari’s Portofino is the new entry-level stallion

Gear
The Italian job: Ferrari’s Portofino is the new entry-level stallion
Share this article
Next article

You know Ferrari isn’t fooling around when it names its new baby after one of Italy’s most beautiful towns. Romantically christened after the charming tourist spot, the Portofino will retire the California T badge after only three years in Maranello’s stables.

This might be Ferrari’s latest entry-level car, but its performance remains an Italian dream. Like the California T, the Portofino will also be powered by the twin-turbocharged 3.9-litre V8 engine, a powerplant of pedigree lineage that’s made two consecutive nominations for International Engine of the Year. However, you’ll now feel a power surge from 552hp to 591, thanks to new pistons and connecting rods, a couple of software tweaks, and new variable turbo boost management.

Geometries within the exhaust system have also been revolutionised to reduce energy loss, keeping Ferrari’s characteristic throttle response zippy and without turbo lag. Hooked up to the same seven-speed dual-clutch transmission, the Portofino is capable of a nought-to-100kph run in just 3.5 seconds, and will top out at close to 320kph. That’s a 3mph improvement from the California T.

The Portofino will be a grand tourer like its predecessor with a retractable hardtop, which means you can look forward to an unadulterated V8 symphony in all its glory. Ferrari will also be ditching hydraulic steering with an electric one for a seven percent steering ratio reduction. This leaves McLaren as one of the last in its league that keeps it real with pressurised fluids.

The Portofino also replaces the magnetorheological damping system (SCM-E) in the California T with a dual-coil technology, which reduces roll while improving absorption of terrain unevenness. To put it simply, your ride will be more responsive and comfortable without losing the thrill of being a Ferrari.

At 1.5cm longer and 2.5cm longer than the California T, you can’t exactly say you’re getting more bang for your buck, but the Portofino’s more aggressive styling and handsome proportions should make up for that. The slanted LED headlights and mean-looking front fascia now flow more coherently to the rear, which finally puts an end to the “ugly” label that’s plagued the California all along.

With the top down, it’s hard to ignore the interior’s sheer amount of leather, which swaths a 10.2-inch touchscreen display, the new flat-bottom steering wheel, and 18-way adjustable seats. Rear legroom has been taken into consideration with a new backrest design, should you want to ferry friends that are slightly larger than hobbits around.

But perhaps the icing on this Italian cake here is its launch colour. Named Rosso Portofino, the deeper and richer shade of red is a more elegant alternative to the sporty Rosso Corsa shade that’s now iconic of most Ferraris.

Ferrari Ferrari California T Supercar Luxury Car convertible new cars Grand-tourer Ferrari Portofino retractable hardtop Twin-Turbocharged V8 Rosso Portofino
Shatricia Nair
Managing Editor
Shatricia Nair is a motoring, watches, and wellness writer who is perpetually knee-deep in the world of V8s, tourbillons, and the latest fitness trends. She is fuelled by peanut butter and three cups of coffee a day.
Motoring Wellness Watches Beauty Style
Sign up for our newsletters to have the latest stories delivered straight to your inbox every week.