It’s not much longer before the motoring industry turns their eager eyes upon the Frankfurt Motor Show next week, but some manufacturers aren’t even waiting till then to make the headlines.

Bugatti did itself proud by proving that its Chiron can achieve “death zone” speeds and actually survive it, but before we were done clapping, Lamborghini announced that it was going to enter the hybrid market too.

The Sián will be the Sant’Agata’s first dabble into actual electrification after it announced the Terzo Millenio concept last year. While it’s only a limited run now, we’re certain that this is the first of many to come — proof that the car industry is taking eco-driving more seriously than ever before. For purists shaking their heads, Lamborghini’s big bad V12 will still be in this one.

BMW has also been busy, launching special editions such as the M4 commemorative series and then rendering their X6 a blacker shade of black. If this isn’t exciting enough, Porsche has also let us in on the Taycan’s snazzy interior.

Read on to learn more about our favourite updates this week. 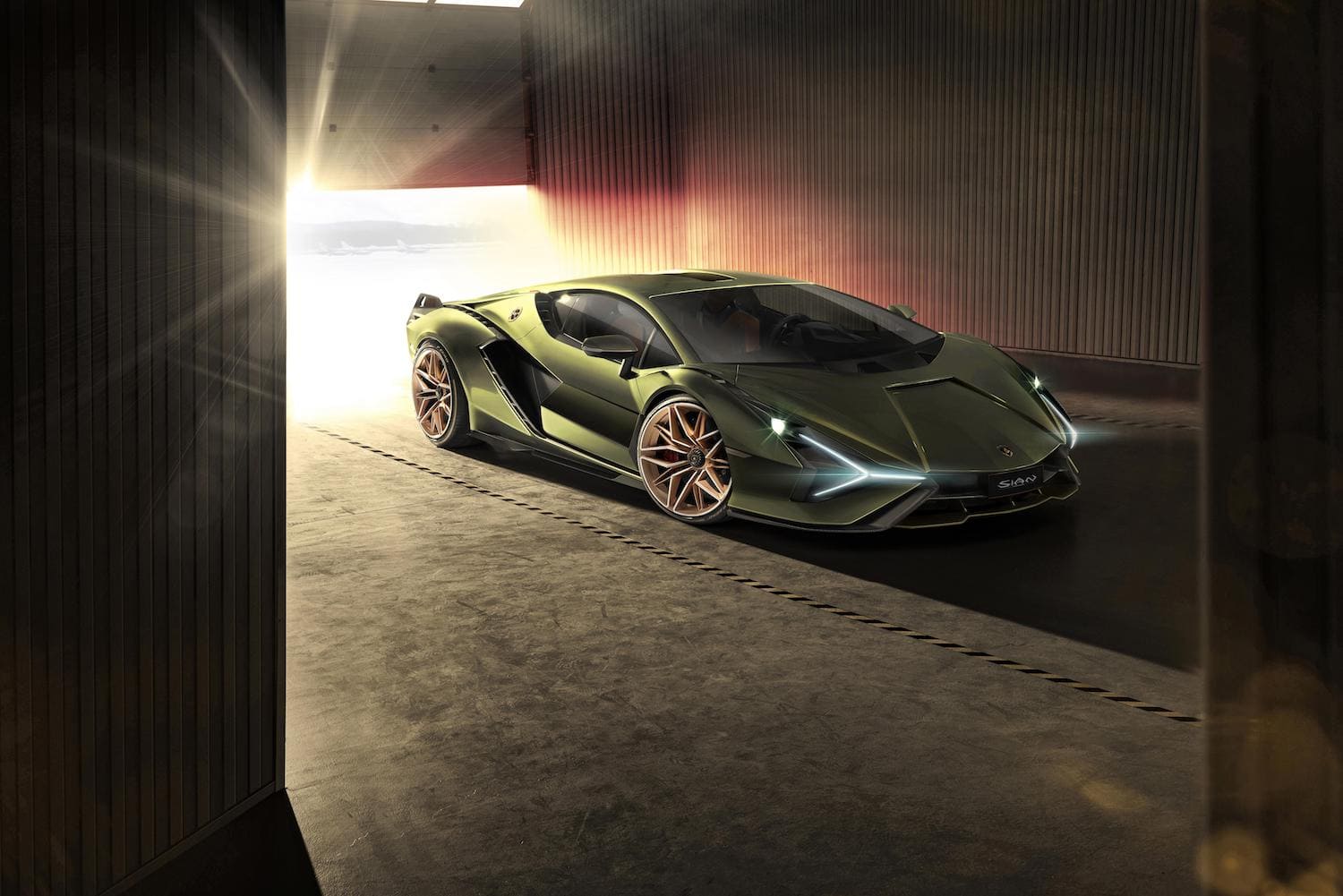 We all knew it wouldn’t be long before Lamborghini caved in to produce an electrified version of its mad-eyed, high-octane supercars. It’s safe to say, however, that the Sián is in no way underachieved in terms of looks and prowess.

Now officially the brand’s first dabble into hybrids, the Sián is a 807hp limited-edition supercar that’s destined to be the fastest and most powerful car to ever come out of Sant’Agata Bolognese. Instead of smaller engines, Lamborghini hung onto their hulking 6.5-litre V12 for this one and chose to add more firepower via supercapacitor technology – some borrowed from its Terzo Millenia concept from last year. Besides sounding cool, these supercapacitors are lighter and have the ability to store up to 100 times the energy than regular batteries. Power is fed through all four wheels to propel the car to 100kph in 2.8 seconds, and then to a top speed of 349kph.

Aesthetically, the Sián is a poster child for wild, merging plenty of aggressive ‘Y’ shapes — headlights, air inlets, etc. — with heritage design cues from the Countach, such as the hexagonal taillights and a ‘Periscopio’ tunnel. Only 63 of these will be made. 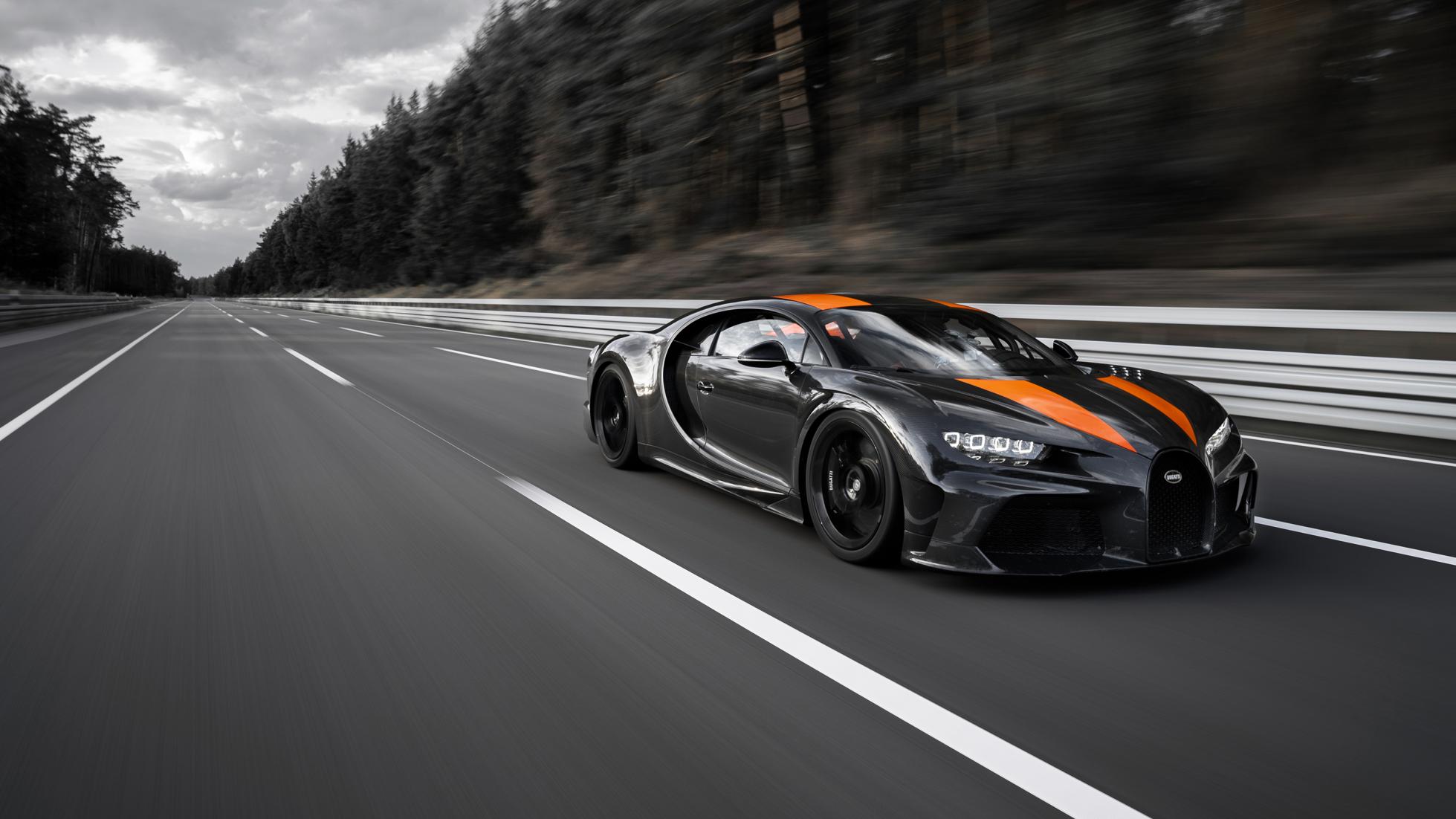 The mythical 300mph (482kph) barrier has been so elusive, not only because it’s downright unnecessary in real life but also because it’s the kind of speed that airplanes are flying with in the air. Which means that beyond finding a strip long enough for this experiment and preventing a deathly crash following the slightest error, you’ll also have to make sure the car stays on the ground.

Yet, a juiced-up Chiron has managed the impossible. The near-production prototype derivative is rumoured to be the new Super Sport and has surpassed the standard Chiron’s electronically limited top speed of 261mph (420kph) at Ehra-Lessien thanks to improved aerodynamics, drag-reduction measures and its 1,578hp quad-turbo W16 powertrain — quite appropriately nicknamed Thor. 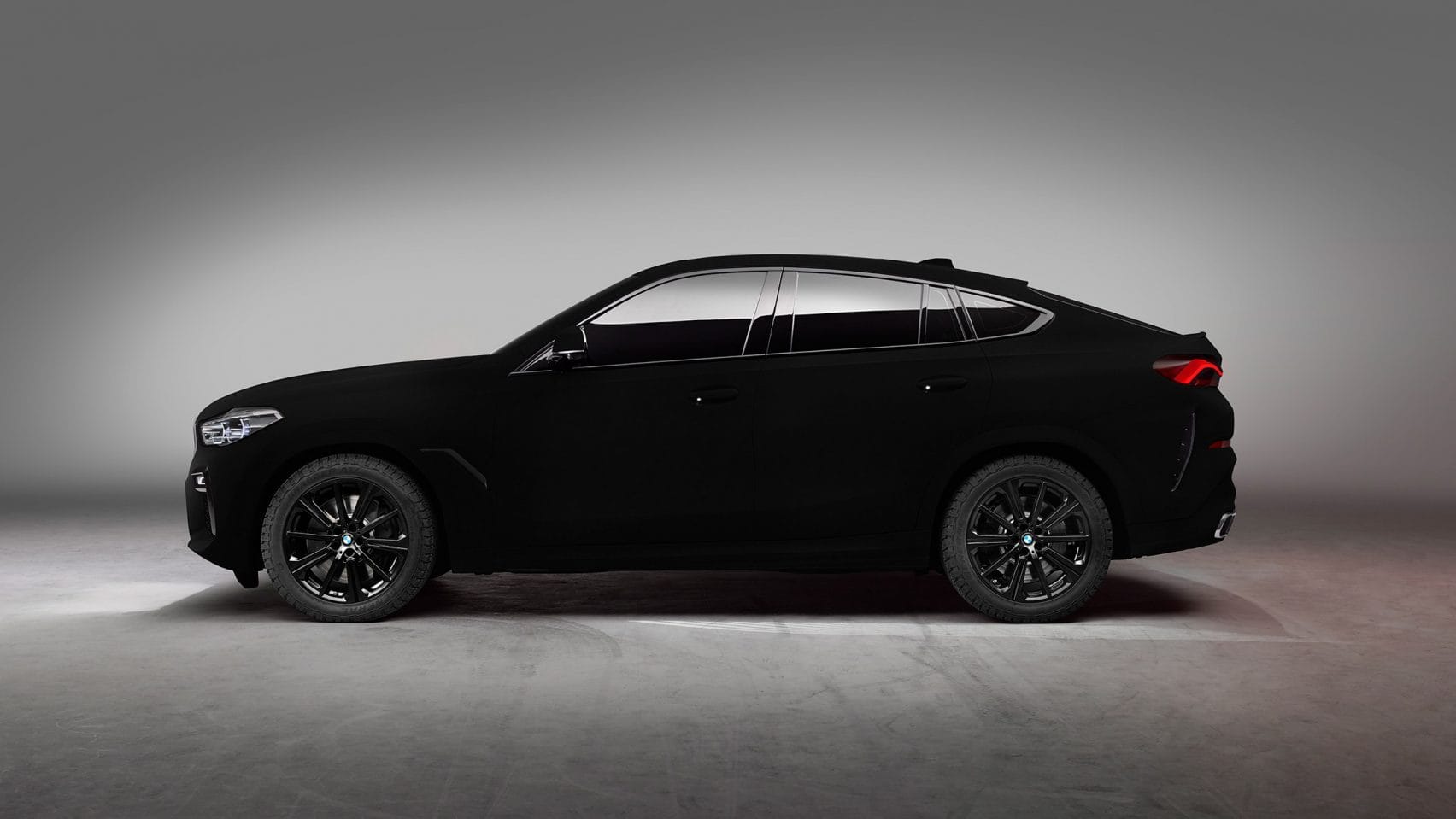 If you’ve ever wished your black car was blacker, there’s hope. Slated to launch at the Frankfurt Motor Show soon is a new one-off BMW X6 — feat. a Vantablack VBx2 paint finish. For those new to this sci-fi jargon, Vantablack is considered to be the world’s blackest black. Its ability to absorb over 99 percent of light gives the illusion of two-dimensionalility, just like staring into a hole.

This not only highlights the car’s most defining features, such as its kidney grille and twin headlights, but also lends the car an even more menacing edge. The VBx2 differs slightly from the original Vantablack material though; it sees a one-percent reflectance to provide just a hint of shape, so the car’s curves doesn’t get completely lost in this optic void. 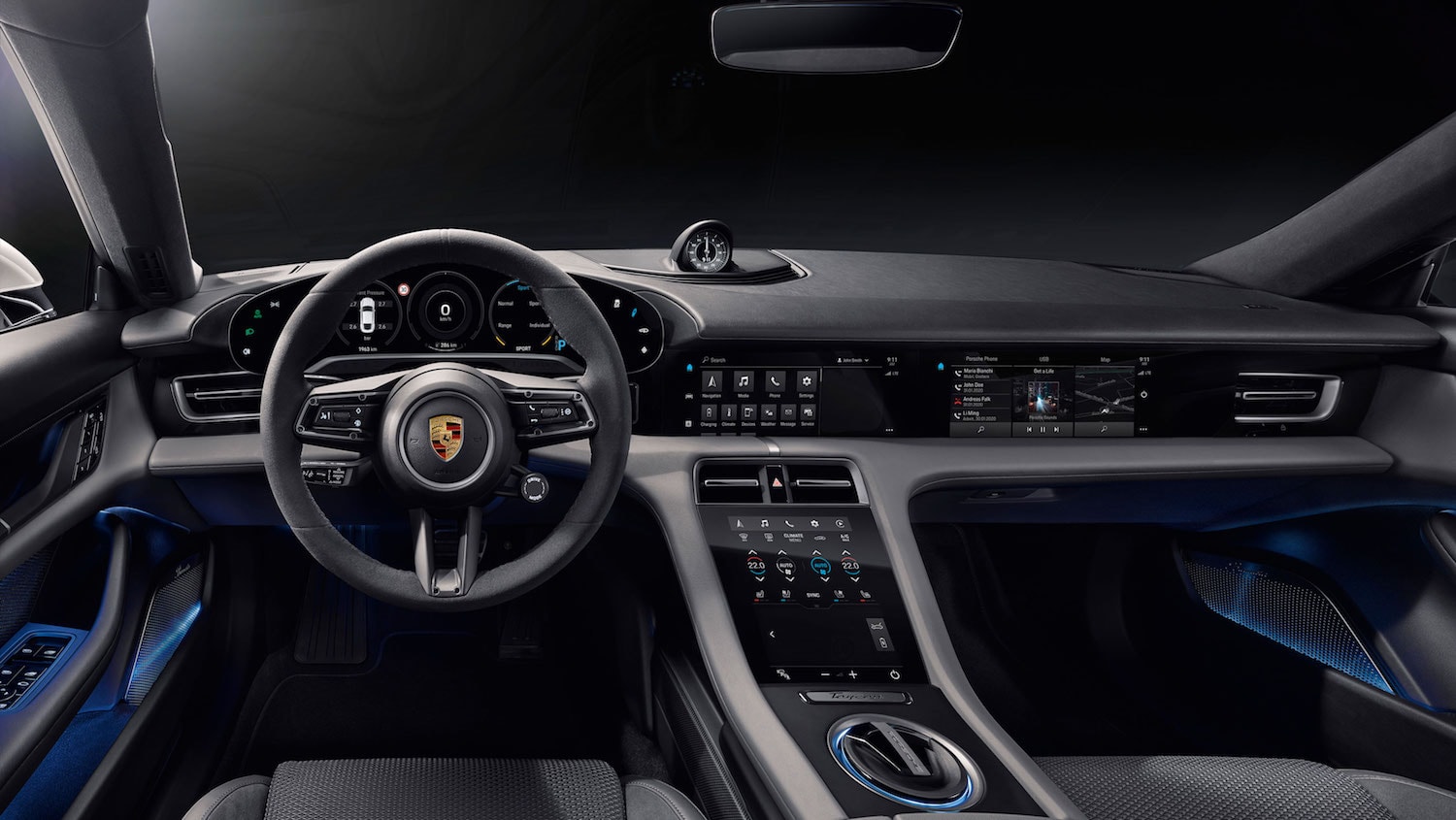 4
The Taycan continues to tease

It won’t be too long till the car is revealed in its entirety, but for now the Taycan is looking pretty spiffy from within.

As a promising contender in this electric vehicle race, the Taycan will adopt an equally futuristic dashboard that’s dominated by digital screens. There’s plenty to look at, but the centrepiece is its curved 16.8-inch screen — covered in real glass and topped off with a vapor-deposited polarizing filter to reduce glare.

This instrument cluster will see four modes with different layouts to best suit your ride. The centred map mode, for example, sees a full map takes over the entire screen, while the Pure mode is for minimalists who prefer only the essential data.

Meanwhile, choices for upholstery range from classic leather to sustainably tanned Club Leather, and a central 10.9-inch infotainment display will manage all the on-road fun. 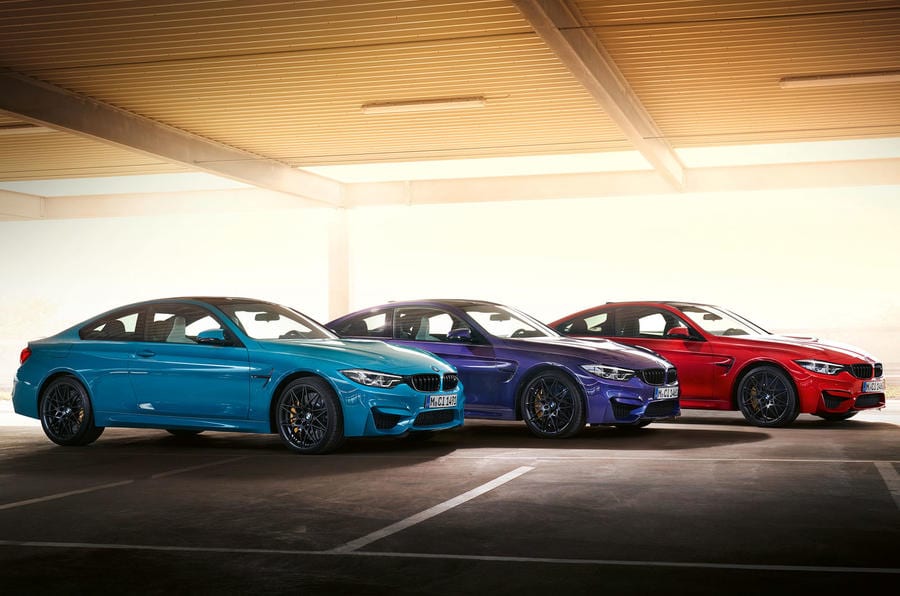 5
Some fan-approved M4s are now on sale

BMW’s M line has been the firm’s pride and joy for 48 years now, so a celebration was in order and the result is the M4 Edition /// M Heritage, a 750-example special that will surely get nods of approval from fans.

Three carefully chosen paint jobs were chosen for this coupe — Laguna Seca Blue, Velvet Blue, and Imola Red II — all colours of the M emblem. A carbon fibre roof panel with a decorative stripe is also part of the deal, as are the grey 20-inch allow wheels. Interiors are also bedecked with plenty of reminders that this isn’t a regular M4.

Based on the M4 coupe, the M Heritage edition will be equipped with the Competition Package, with its 3.0-litre straight-six engine that turbocharged to deliver 444hp and 550Nm of twist. It’ll also only come in rear-wheel drive, but you’ll get a choice between six-speed or seven-speed dual-clutch automatic transmission, both controlled via shift paddles, of course.

Motoring Luxury Cars Supercars hypercars Car news
Shatricia Nair
Managing Editor
Shatricia Nair is a motoring, watches, and wellness writer who is perpetually knee-deep in the world of V8s, tourbillons, and the latest fitness trends. She is fuelled by peanut butter and three cups of coffee a day.
Motoring Wellness Watches Beauty Style