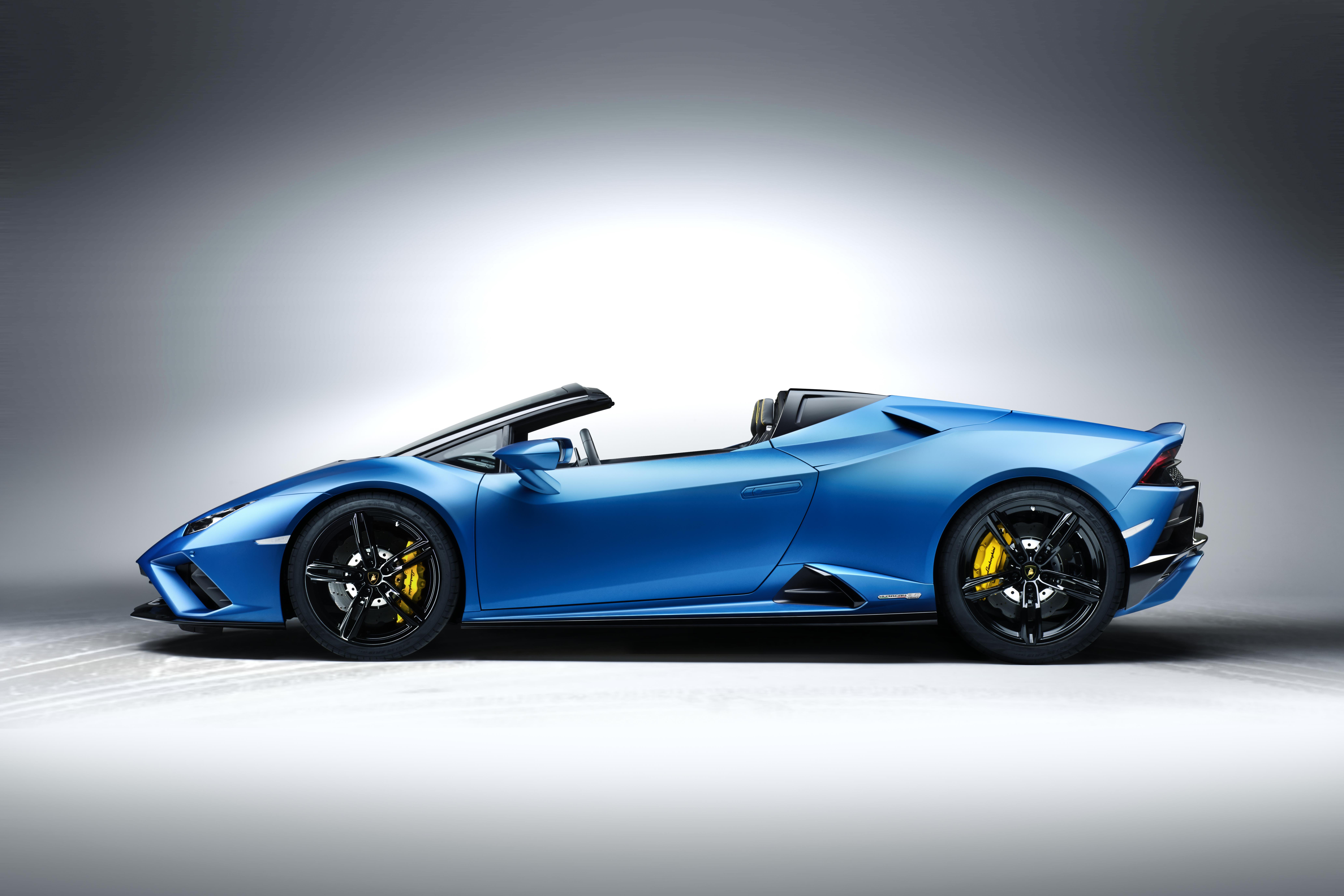 Lamborghini might not have been immune to shutting down their on-site operations, but that hasn’t stopped it from launching its latest Huracán in the most 2020 way possible.

The mighty Italian firm might have swapped the physical stage for an augmented reality one this time, but the message was clear: the Huracán Evo Spyder RWD is destined to be one hell of a machine for open-air powerslides.

This rear-wheel-drive version is the droptop version of the Huracán Evo that was released earlier this year, and ditches the fancy all-wheel drive (AWD) for something a little more quintessentially Lamborghini, making it a sure-hit amongst true enthusiasts.

So what’s all the fuss with this Huracán, you ask? Besides being a bundle of hair-raising fun now that the safety net of the AWD gone, the car has the same naturally-aspirated 5.2-litre V10 that’s in the coupé. It’s good for 610hp and 560Nm of shove, but run it down a straight line and you’ll get a 0-100kph acceleration of 3.5 seconds, and a top speed of 324kph.

As with most Lamborghinis, this is an instinctive car which should only be handled by people who a) know what they’re doing, or b) have solid insurance plans in place. The specially-tuned version of traction control has been designed for adrenaline-pumping performance under any condition, providing consistent torque and traction whenever you encounter a sharp corner or want to kick the Spyder into a drift.

This system works in tandem with three modes that can be activated via the “Anima” button on the steering wheel. The Strada puts safety and stability first by minimising rear-wheel slippage, especially on low-adhesion surfaces like wet roads. Sport mode is a dream for overzealous drifters, with its torque limited when oversteer angles increase rapidly for better control of the car. On Corsa mode, the car presents more traction and agility during cornering in high-performance conditions.

Like the RWD Coupé, this drop-top can be differentiated from its AWD stablemate via subtle styling tweaks — a new front splitter with larger air intakes, a bespoke rear diffuser, vertical fins, and a glossy black rear bumper. The soft top — available in a range of colours — can stow within 17 seconds under the rear hood, even while driving to a speed of 50kph, and promises to shut the ruckus of the V10 out for when you want peaceful drives. A pair of removable windshields also minimise road noise when the roof is lowered, but those who want the ultimate V10 flex can lower the rear window to let more of the engine’s roar into the cabin.

As standard, the Spyder comes with cross-drilled steel brake discs that sit under 19-inch Kari wheels, but carbon-ceramic options are available, alongside sportier 20-inch wheels.

Not bad coming from a firm that’s only just reopened after a two-month factory shutdown.

Motoring Luxury Cars Lamborghini convertible
Shatricia Nair
Managing Editor
Shatricia Nair is a motoring, watches, and wellness writer who is perpetually knee-deep in the world of V8s, tourbillons, and the latest fitness trends. She is fuelled by peanut butter and three cups of coffee a day.
Motoring Wellness Watches Beauty Style