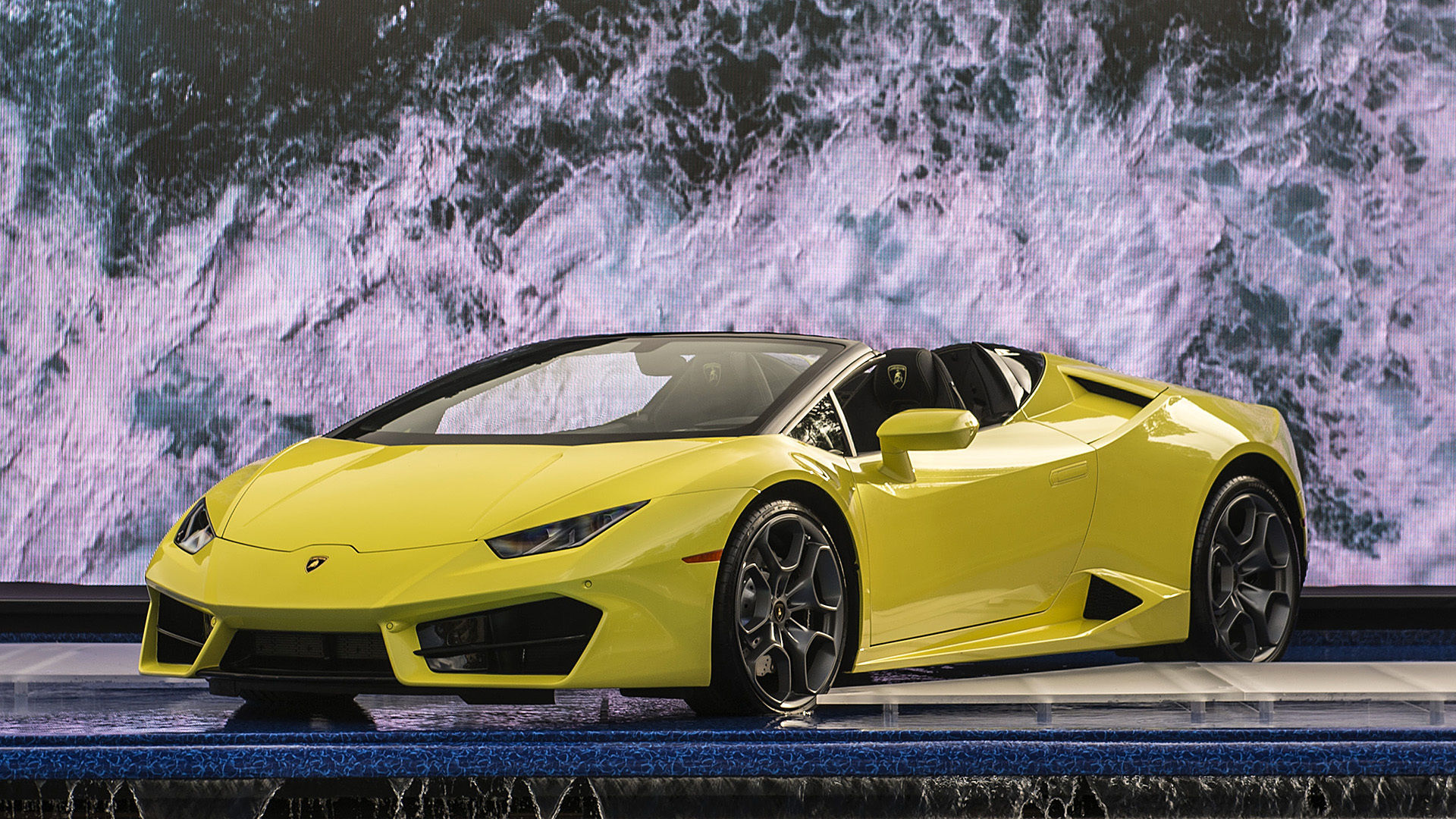 Fancy feeling the wind though your hair in your Huracán LP 580-2 coupé? Your guardian angels at Sant’Agata have made your dreams come true yet again, because the rear-wheel-drive now comes as an open-top version and will race to a showroom near you early next year.

So what’s changed apart from the soft-top roof (which by the way, comes courtesy of the LP 610-4 Spyder)? Nothing much it seems, though now the “LP” (Longitudinal Posteriore) alphanumeric naming system has been dropped for this one. Lamborghini is simply calling this one the Huracán Rear-Wheel Drive Spyder — still a mouthful, but it does get the idea across much easier.

At its heart is the same 5.2-litre V10 engine that roars to life with the same tenacity as its closed-top brethren, releasing the reins of the immense 572 horses trapped within. Paired with the seven-speed dual-clutch transmission, 540Nm of torque is delivered to the rear wheels, blasting it to 100kph in 3.6 seconds and a top speed of 316kph.

Compared to the coupé, this convertible is 120kg heavier at 1,509kg, its acceleration lags 0.2 seconds and it has a 1kph lower top speed. In exchange though, you get the exhilaration of driving alfresco on this stunner of a car. Its three-layer roof opens and closes in just 17 seconds and will do so at speeds of up to 50kph.

Like the coupé, the Spyder also has a 40:60 front-to-rear weight distribution, coupled with customised steering setup, stability control and traction systems. It’ll also be outfitted with 19-inch ultra high performance Pirelli P Zeroes, the perfect companion for when you conveniently hit the hair-raising Corsa track mode via the selector on the steering wheel.

Luxury Cars Supercar Lamborghini Lamborghini Huracàn LP 580-2 convertible Huracan Rear-Wheel Drive Spyder open-top
Shatricia Nair
Managing Editor
Shatricia Nair is a motoring, watches, and wellness writer who is perpetually knee-deep in the world of V8s, tourbillons, and the latest fitness trends. She is fuelled by peanut butter and three cups of coffee a day.
Motoring Wellness Watches Beauty Style
Sign up for our newsletters to have the latest stories delivered straight to your inbox every week.