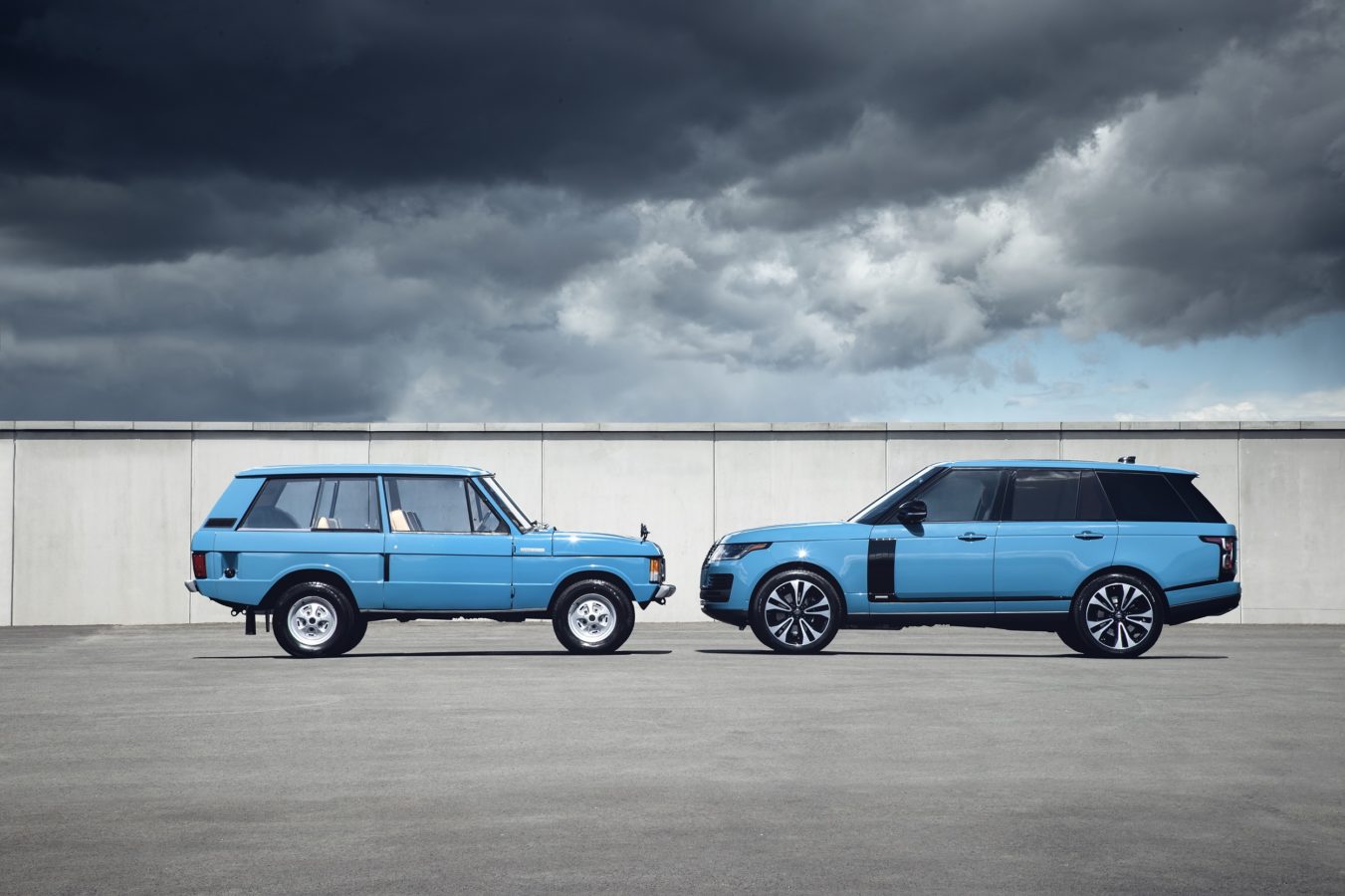 Concorde had its first supersonic flight, the Chicago Seven was found guilty, and the US invaded Cambodia. Jimi Hendrix died of overdose in London, the Beatles disbanded, and we paid tribute to our planet with the first Earth Day. On that year, Land Rover also put together an SUV that would become one of the most iconic cars to ever see the road.

Fifty years later, the Range Rover continues to be widely regarded as an icon — a feat that few cars can boast in such a fast-paced industry — and Land Rover agrees. To celebrate, a limited-run has been carefully designed to not only highlight how far the car has come, but to remind us of why we fell in love with it in the first place.

Simply dubbed the Range Rover Fifty, the limited run celebrates the upmarket off-roader with both standard and long-wheelbase body styles. It starts with the top-of-the-range Autobiography trim with added bespoke features worthy of its commemorative badge. Besides two 22-inch wheel designs to be chosen from, the car will also see a special “fifty” script lettering — designed by Land Rover design chief Gerry McGovern — on the exterior, headrests, dashboard, and illuminated treadplates. A special numbered plaque will also be fitted onto the center console to remind you and your passengers that this is a very special car indeed.

Like every Range Rover in the Autobiography series, this car sees an abundant cabin that’s swathed with leather and fine finishes. However, the real excitement here really lies with the paint job. Besides a selection of four exterior colours (Carpathian Grey, Rosello Red, Santorini Black, and Aruba), Land Rover is also extending three Heritage solid paint colours —Tuscan Blue, Bahama Gold, and Davos White —from the original ‘70s Range Rover palette to customers who want a modern throwback of this classic off-roader.

Like the car — which will only see 1,970 examples to match the year the original premiered — these colours will only be available in extremely limited quantities.

A 510hp, 5.0-litre V8 engine under the hood keeps performance at its peak here; it was, after all, originally built to be a workhorse for all terrains, although that’s now evolved to being a status symbol for the wealthy on busy city streets.

When it first debuted in 1970, it was the first SUV to feature a permanent four-wheel drive. Plenty other innovations would follow, including being the first 4×4 to have anti-lock brakes and later, the first with electronic traction control. It was even the first car to be exhibited in the Musée du Louvre in Paris as an “exemplary work of industrial design”.

The Range Rover Fifty might not look anything like the original 50 years ago, but the car — like fine wine — has aged beautifully over the years, and we wouldn’t be surprised to see it last another 50.

You might also like…
Gear
Porsche unveils its eighth-generation 911 Targa just in time for summer
Gear
Aston Martin revives the iconic DB5 from James Bond’s Goldfinger for a limited run
Motoring Limited Edition Range Rover Land Rover luxury suvs
Shatricia Nair
Managing Editor
Shatricia Nair is a motoring, watches, and wellness writer who is perpetually knee-deep in the world of V8s, tourbillons, and the latest fitness trends. She is fuelled by peanut butter and three cups of coffee a day.
Motoring Wellness Watches Beauty Style