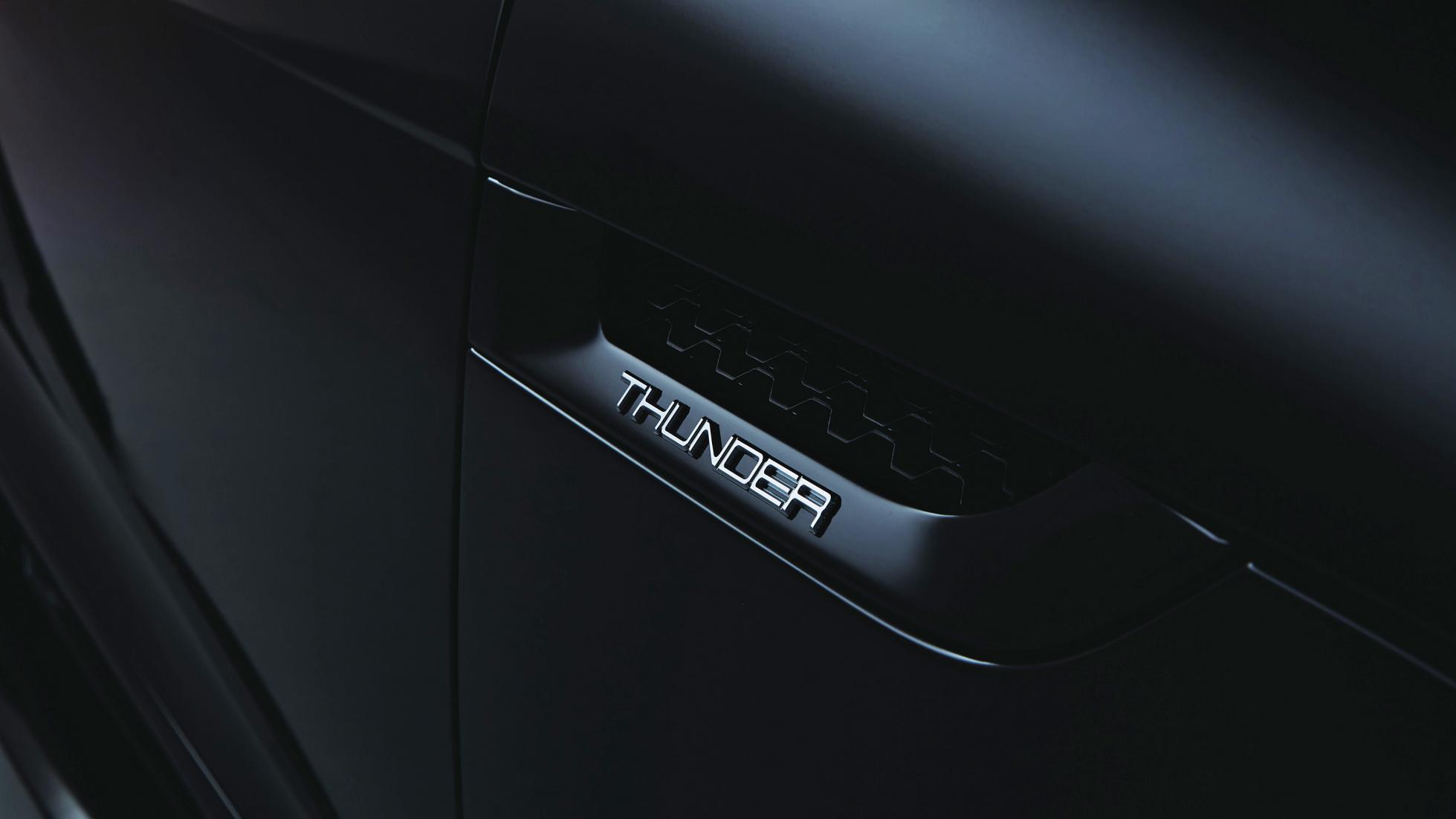 The Lister Thunder is a menacing 666hp road devil

The Cat Badge might join the upper echelons of performance-driven luxury vehicles today, but back in the day, it had its claws firmly planted into the podiums of some of the biggest races ever. Icons such as the C-Type and then, the D-Type took over the tarmacs at 24-hour Le Mans and then some, all around the world. Nothing could stop Jaguar from being a major powerhouse, except a fire at its Browns Lane factory in Coventry on 12 February 1957. The competition vehicles were damaged beyond repair, never mind the only means to rebuild them, alongside nine D-Types destined to be the road-legal XKSS.

Despairing would’ve been the easier option but Jaguar turned to its motorsports partner Lister Motor Company for help. The subsequent deal would see Lister supply a body and chassis, while Jaguar, an engine and drivetrain components. The result wasn’t only the now-iconic and highly prized Lister-Jaguar ‘Knobbly’, but a camaraderie that would last decades, even till today.

Announced just ahead of its launch at the Geneva Auto Show 2018 is the new Lister Thunder, a 99-example limited edition by the Cambridge-based firm that’s based on the new Jaguar F-Type. If you thought the latter’s supercharged 5.0-litre V8 was already a beast, this is essentially a genetically-warped Frankenstein. Extensively reengineered to produce — lo and behold — the number of the devil in horsepowers.

666 deadly ponies will hurl you into regions of 100kph in only 3.2 seconds, and then to 160kph in 6.8 seconds. The acceleration finally plateaus out when it hits its top speed of 335kph — provided you haven’t crashed yet. By comparison, the fastest F-Type available, the SVR, only managed 567hp and will complete the 0-100kph sprint in 3.7 seconds. It’s an all-wheel drive car, because as Lister boss Lawrence Whittaker puts it, “666bhp on the rear wheels is just too much I think – I want my customers alive to buy again.”

Besides the obvious green accents on its exterior, other modifications the Lister Thunder has undergone include a new suspension setup for sharpened agility. A snazzier interior is courtesy of nappa leather seats and bespoke bodywork, a service that Lister is hoping to broaden as a bespoke alternative to Jaguar’s lineup. Of course you’ll opt for that carbon fibre kit — it’s only S$37,000 more.

The Lister Thunder is now the fastest and most powerful Lister ever created, so it’s no surprise that 22 were snapped up within the first 24 hours of its official announcement. After all, it makes even the mighty F-Type look angelic.