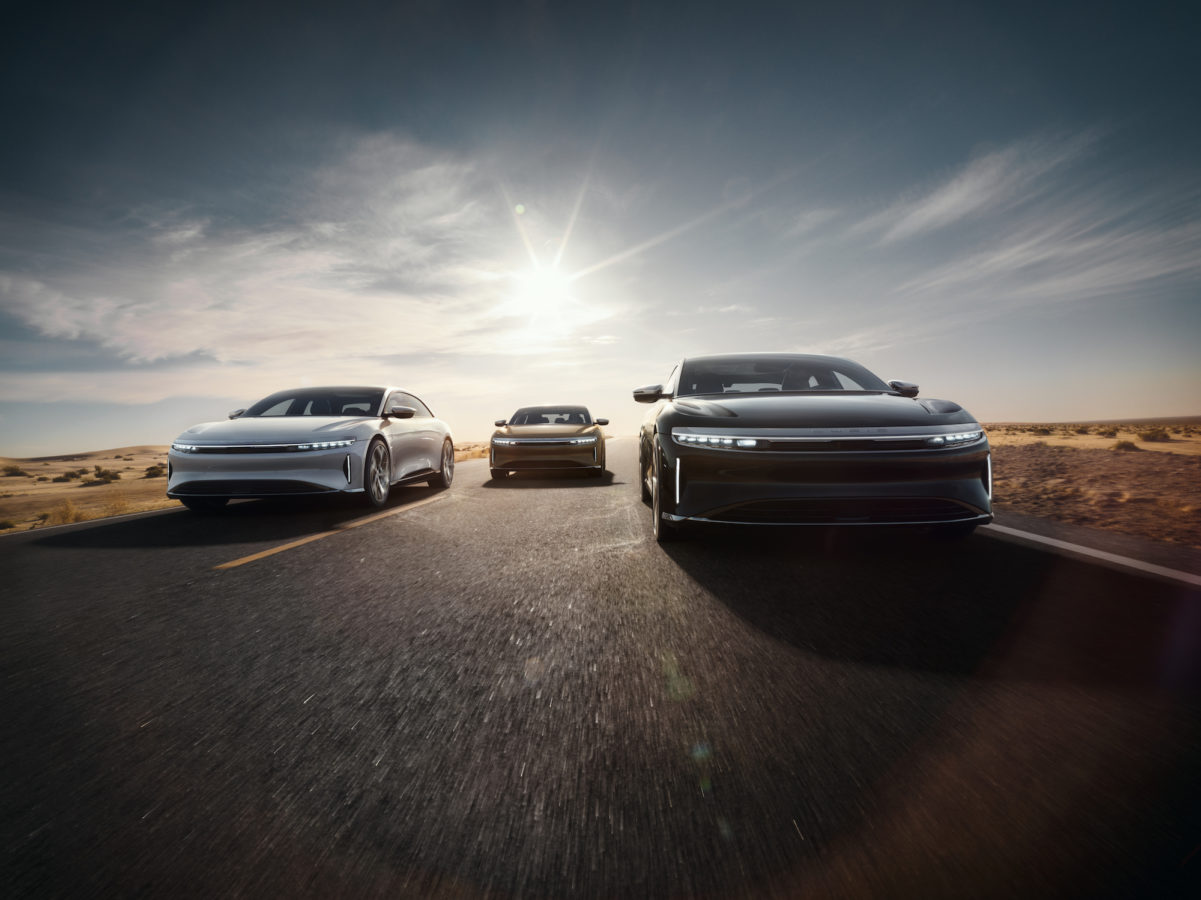 We’ve lost track of the number of times we’ve said “Move over, Tesla”, but here we go again.

The latest entrant to this elite-level electric game is Lucid Motors and its Air sedan, and if its numbers are anything to go by, it just might give Elon Musk a run for his money.

This will be the Silicon Valley-based firm first production car, and it’s been three years since its concept form first drew crowds in downtown Los Angeles. Pretty impressive if you think about it, especially since other EV start-ups like Byton have had to suspend operations since the pandemic. Lucid Motors has managed to not only survive, but thrive during the toughest months to push this car to completion.

If the Lucid Air looks slightly familiar to you, it might be because the marque’s CEO and CTO, Peter Rawlinson” used to be chief engineer for the Tesla Model S. Before that, he had a stint at Lotus Cars as chief engineer of advanced engineering. Even the brand’s vice president of manufacturing has Audi and Tesla experience.

It’s also important to note that while the car offers the spaciousness of a Mercedes-Benz S-Class, you’re only spending the carbon footprint of a smaller E-Class. Like its name, Lucid Air wants its occupants to experience what the brand calls ‘post-luxury’, a light airiness as opposed to heavy luxurious details. Even the 34-inch curved glass 5K display appears to be floating. It is, however, the expansive glass canopy that truly sets the tone for drivers and passengers, bathing the entire cabin in natural light.

While everyone focused on battery, Rawlinson looked instead at the whole picture — from aerodynamics to cooling — to squeeze everything out of its powertrain. The 113kWh extended-range battery pack, for example, offers the most range of any electric production sedan with 832km per charge.  It also claims to have the best aerodynamics in any current production vehicle, beating Tesla and taking over Mercedes-Benz’s A-Class in terms of drag coefficient.

The all-wheel-drive Dream Edition will kick things off as the first Lucid Air model. Two permanent magnet electric motors will run the show with a ludicrous 1,080hp, launching the car from nought to 100km in 2.5 seconds — mildly alarming for a car that might be used for school runs, but still nice to have. Two other variants, a Touring model and a base model, are expected at the end of 2021 and into 2022, respectively. The former has 800 horsepower and can hit that same acceleration in three seconds.

Charging the Air will be equally spiffy, with an ultra-high, 900-volt onboard charging unit that will give the car 482km of juice in 20 minutes.

If you can’t already tell, the car is big on sustainability, so be prepared to choose from a range of sustainable fabrics and woods. If you must, leather is available, but its supplier, Bridge of Weir, has been handpicked out of the lot for having the lowest carbon footprint in its process, so you can rest easy in this new era of luxury of comfort.

Motoring electric cars New cars 2020 Lucid Motors
Shatricia Nair
Deputy Editor
Shatricia Nair is a motoring, watches, and wellness writer who is perpetually knee-deep in the world of V8s, tourbillons, and the latest fitness trends. She is fuelled by peanut butter and three cups of coffee a day.
Motoring Wellness Watches

Rolls-Royce’s new Ghost, Maserati’ launches the MC20, and other car news this week