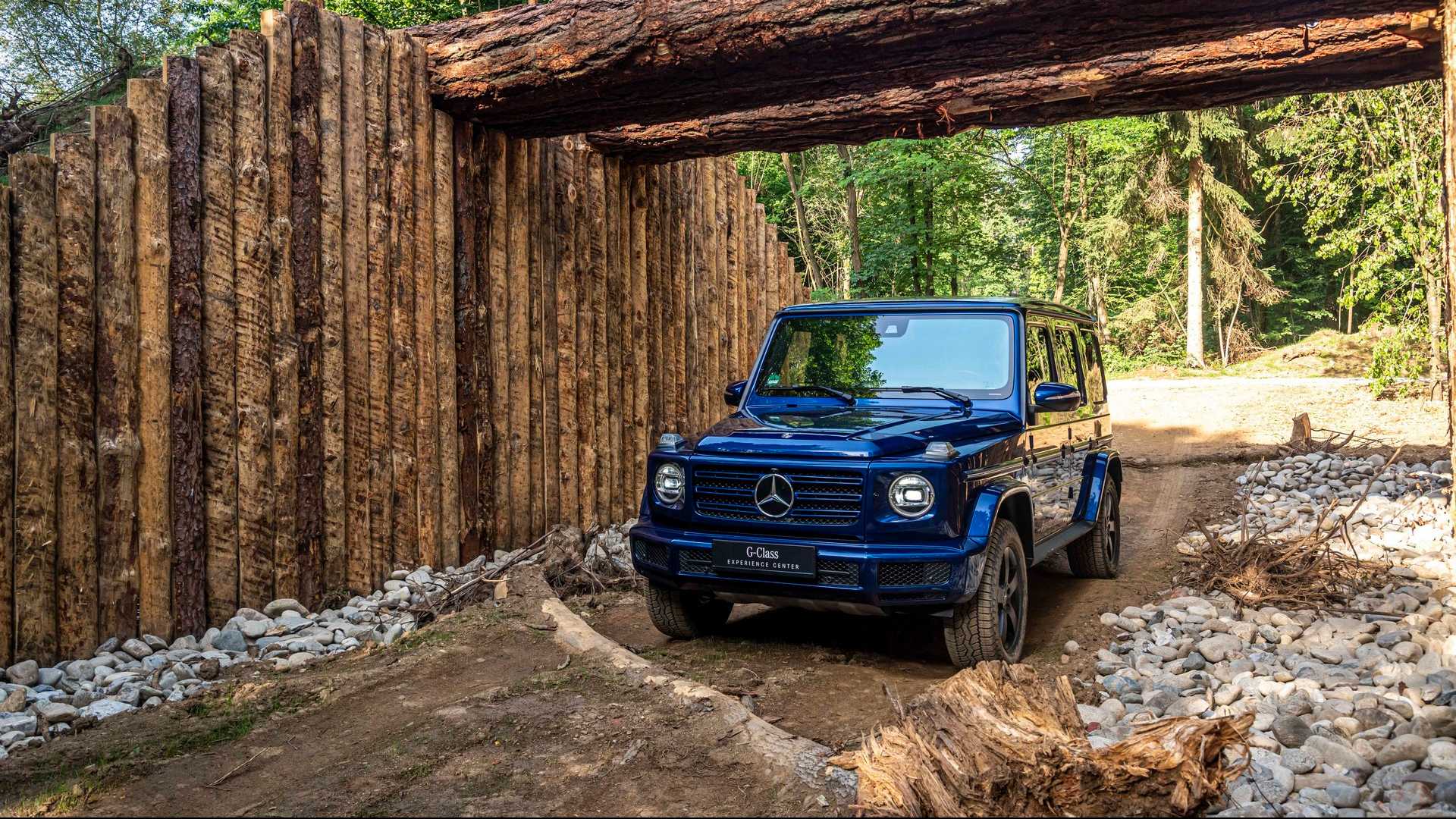 There are but a handful of cars that truly deserve being labelled as timeless. The Porsche 911 is one, as is the Ford Mustang and Lamborghini’s Miura. Unsurprisingly, Mercedes-Benz too has a spot in this league of extraordinary cars, and it’s all thanks to its G-Class.

This year, the G-Class celebrates 40 years of taking on roads, both paved and unpaved. Its appeal has transcended utility to become the only SUV worth a spot in the garages of the city’s who’s who. What many don’t know is how the Gelände­wagen — as it was named four decades ago — has come a long way to becoming the superstar of off-roaders today.

When the G-Class first came to life from a sketch for its first design study in 1973, the model had to be made out of wood because its dominating angularity would not have tolerated the amorphous properties of traditional clay. The proto-SUV was designed as an off-road vehicle for both civilian and non-civilian use, so this meant meeting very specific demands. Its features — all of which followed a strict form-follows-function philosophy — withstood testing in the most unforgiving of territories, ranging from German coalfields and the Sahara Desert to the Arctic Circle.

Six years later, Mercedes-Benz unveiled to the world what would remain a design and engineering icon in the 21st Century. It was far from a dream to drive, but the box on wheels was as practical as it got then. Features included a narrow track, locking differentials for extra traction on difficult terrain, and a folding windshield on convertible models that allowed for easy shipping. The Shah of Iran famously became one of its first big customers, although his deal of 20,000 units was cancelled after the Islamic Revolution.

The Pope got luckier; the Vatican requested a custom version in 1980 that saw a clear thermoplastic top. The Popemobile (or “Papa G”) — rendered in a Vaticanmystic (we didn’t make this up) white-on-white colourway was originally outfitted with a removable plastic cupola, but was replaced with a bulletproof glazing instead after a failed assassination attempt.

Its impressive utilitarian abilities and strong reliability would make it a go-to 4×4 for many militaries and police forces, with governments around the world putting in orders for theirs. Argentina, Germany, Norway, and Switzerland were but a few of the first, with the US Marine Corp following suit in the noughties. The United Nations has even used it in several variants, including an ambulance version — a far cry from the luxury G500s and 63s we see cruising down city boulevards now.

40 years, plenty of drama, and countless terrains later, Mercedes-Benz celebrates its most endearing badge with multiple special edition models. Named rather aptly the G-Class “Stronger Than Time”, the trio of swanky variants come with a list of standard additions that are otherwise optional.

There’s even a G-Class Experience Center in its birthplace in Austria, which replicates the extreme off-road conditions of the Schoeckl — the 1,445m-high local mountain near the city has doubled as the G’s personal test track for the last four decades. The three different flavours here include the base G500 and the G400d and the G63 AMG. The G400d will carry a tuned version of its 3.0-litre inline six turbo diesel powertrain, giving it 330hp and 700Nm of push. Meanwhile, the G500 is good for 422hp and a little less torque at 610Nm.

Those thirsty for even more performance can look straight to the AMG-tinkered variant, which coincidentally also celebrates 20 years of AMG G-Classes. Inside, a 585hp version of the 4.0-biturbo V8 is coupled with a nine-speed Speedshift TCT transmission, giving it plenty of juice for a 0-100kph run in only 4.5 seconds. Not bad for what is essentially a truck.

Even if you opt for the “lesser” versions, AMG styling and performance parts are part of the Stronger Than Time package, such as flared wheel arches and sports exhausts. Other options you won’t have to tick includes the driving assistance package, Burmester surround-sound system, and electric glass sliding sunroof, the latter of which comes with an automatic rain-sensor closing function.

You’ll find unique badging and special touches throughout too, most notably the ‘G’ logos on the highlights and asphalt illumination that projects “Stronger Than Time” every time you enter or leave the vehicle — you know, as a little reminder of what the G-Class has been through.

The C63 AMG differentiates itself from the rest with dark chrome AMG grille and matte chrome exterior accents, as well as spiffy carbon fibre ornamentation in the cabin.

40 years ago, the G-Class’ potent combination of on- and off-road capabilities was revolutionary and set in motion what would now be regarded as one of the most loved and collected SUVs today. The hand-built anachronism is still every bit as conspicuous as it was in 1979, but it deserves to be. After all, it’s managed to withstand the test of time.

Cars Mercedes-Benz Motoring SUV luxury suvs
Shatricia Nair
Managing Editor
Shatricia Nair is a motoring, watches, and wellness writer who is perpetually knee-deep in the world of V8s, tourbillons, and the latest fitness trends. She is fuelled by peanut butter and three cups of coffee a day.
Motoring Wellness Watches Beauty Style
Sign up for our newsletters to have the latest stories delivered straight to your inbox every week.