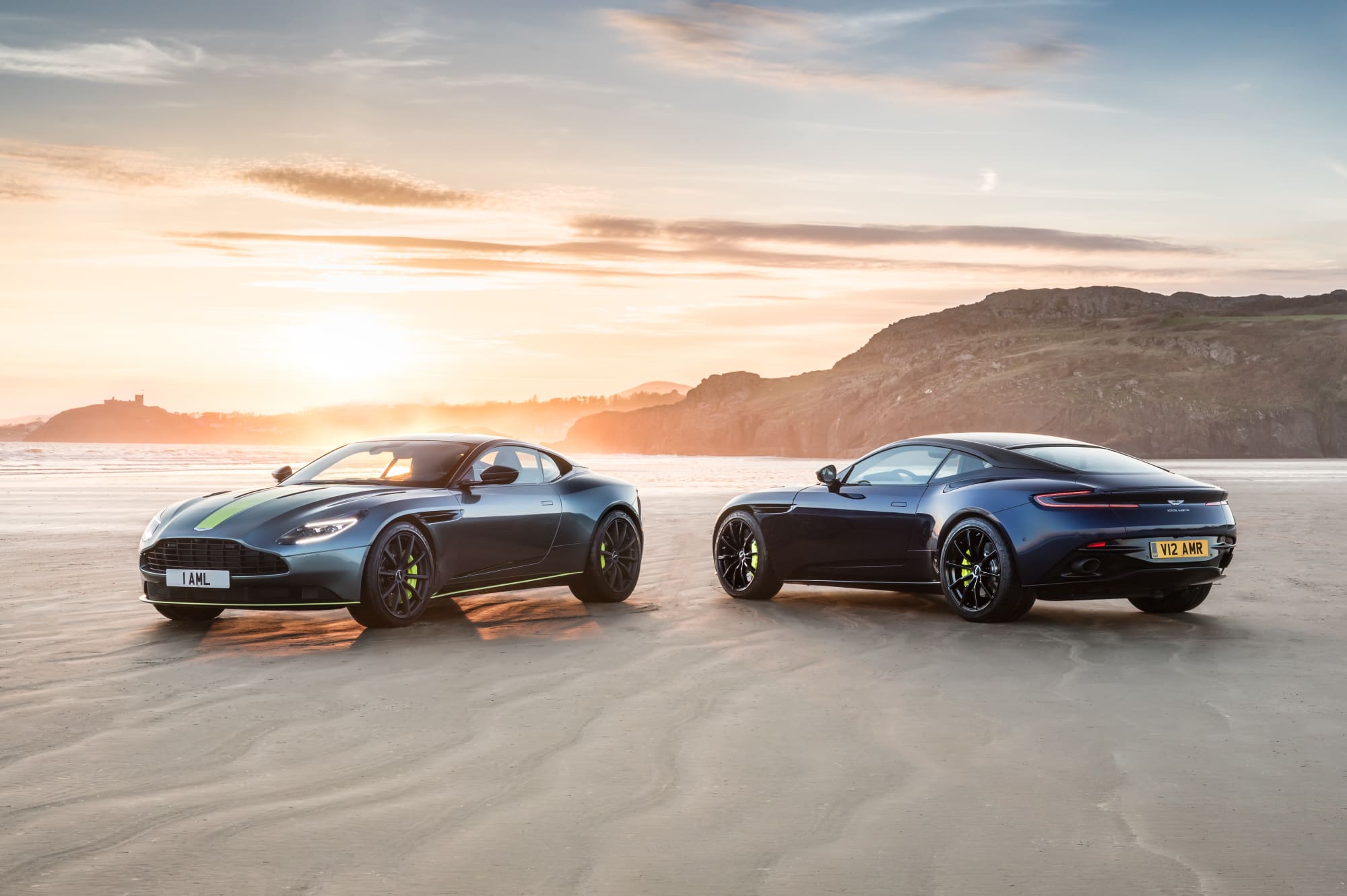 The flurry of major auto shows might have passed, but the car industry isn’t showing signs of slowing down. Not when a series of new cars — all highly covetable, might we add — has been announced this month.

Predictably, most of these cars are also limited and/or special editions. With a market that’s now burgeoning with earth-loving electric or hybrid vehicles, old- school collectors and ardent fans of established marques have been unable to find any worthy of adding to their garages. On the other side of the fence, manufacturers are also celebrating their legacy while they can, especially before tough sanctions on combustion and safety — anything that makes the driving fun, really — hit.

Aston Martin exemplifies this with its recently launched Vantage, a true tribute to the blue-blooded V12, and a final hurrah to the baby Aston. Meanwhile, the boys at Mercedes-AMG’s garage has been very busy tinkering about with existing favourites to create even beastlier iterations — a real testament of the brand’s dedication to creating some of the best road-going cars that have ever existed. Even the little Golf gets a motorsport tribute — and it’s the most powerful one ever.

Here are the new cars you’ll want to look out for soon. 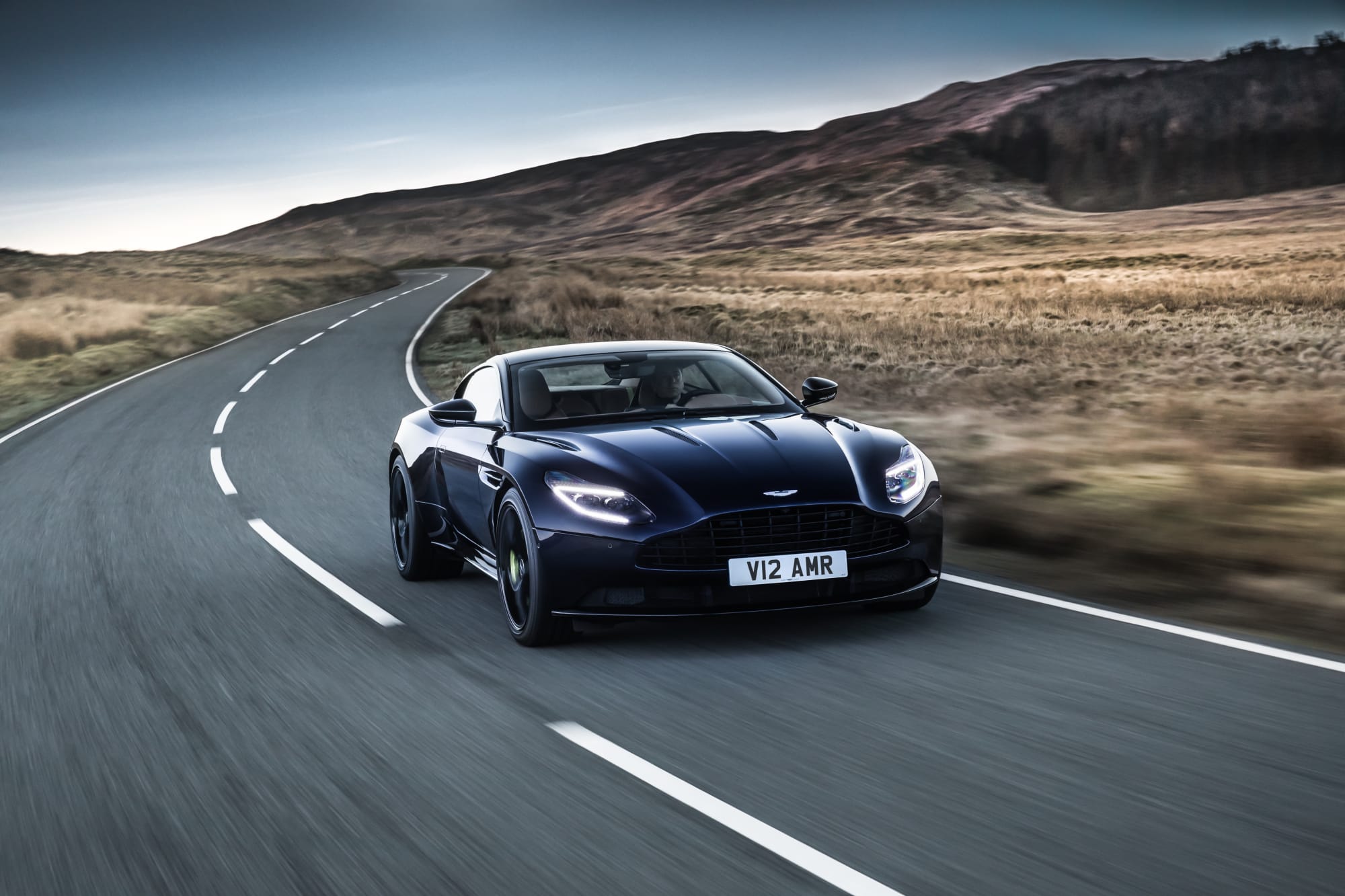 Yet another upgraded version of an already blockbuster car that you’ll cave in to buy, the DB11 AMR is essentially faster, more powerful, and louder. Twin-turbocharged 5.2-litre V12s now produce 630hp instead of the regular 600hp, hitting 100kph in 3.7 seconds (up from the previous 3.9 seconds). Top speed is a blistering 335kph. Chassis refinements, a tweaked transmission, and enhanced exhaust notes have also been thrown into the mix for a more dynamic ride worthy of the new power.

The exterior also sees enhancements in the form of monochromatic brightwork, a dark front grille, exposed carbon fibre elements and a glossy black roof. Inside, passengers can get comfy with a blacked out interior, with sporty lime green striping running down each seat. 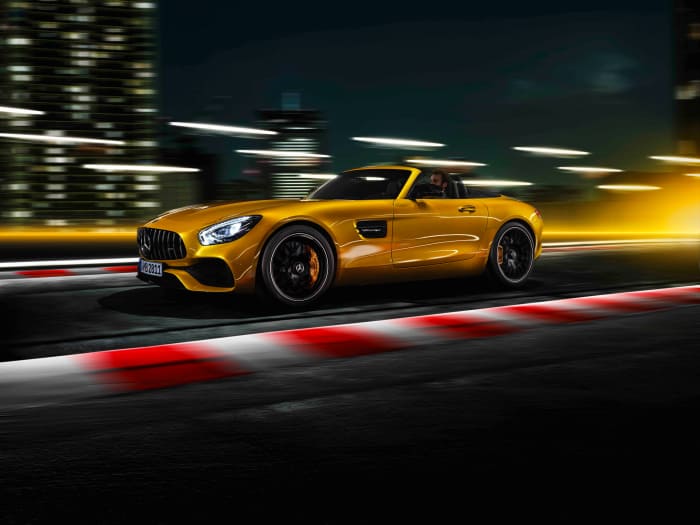 Previously only available in the hard-top model, roadster owners looking to experience the ludicrous ’S’ trim will finally see that day arrive. The powerful new option will grant the AMG GT S Roadster 515hp and 670Nm of torque from a 4.0-litre twin-turbocharged V8 — a substantial jump from the regular 469hp and slightly below the GT C Roadster’s 549hp. The S sits between the two for performance times, hitting the century sprint in 3.8 seconds and onto a top speed of 307kph.

Other bonuses include the ‘AMG Ride Control’ adaptive dampers, and bigger brakes. You’ll still get the C anyway, but it’s always nice to have options. 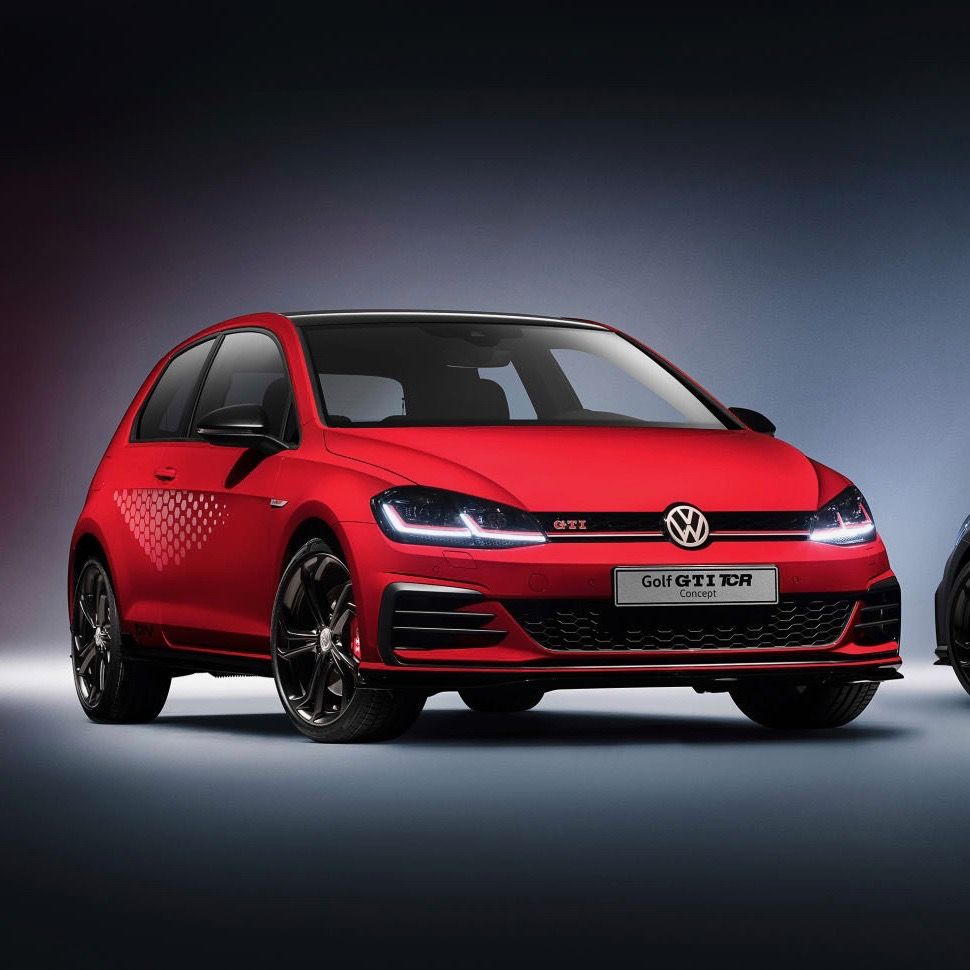 That’s one too many abbreviations for a hot hatch, but Volkswagen has reasons to celebrate. To commemorate its participation in the TCR (Touring Car Racing), the German powerhouse has unveiled a brawnier 286hp version of its seventh-generation Golf GTI. The front-wheel drive zipper will begin production later this year, outfitted with the same turbocharged 2.0-litre four-cylinder as the previous Golf GTI Clubsport. It’ll possess 49 more horses than the standard GTI, and will hit an impressive 264kph.

As the most powerful GTI ever, the TCR sees suitable fascial upgrades such as a deeper front splitter and more aggressive rear diffusers. On three of the five exterior colours — white, red, and an exclusive “Pure Grey”, contrasting black roofs are available, a sporty touch that complements the leather-trimmed steering wheel with contrasting red stitching. 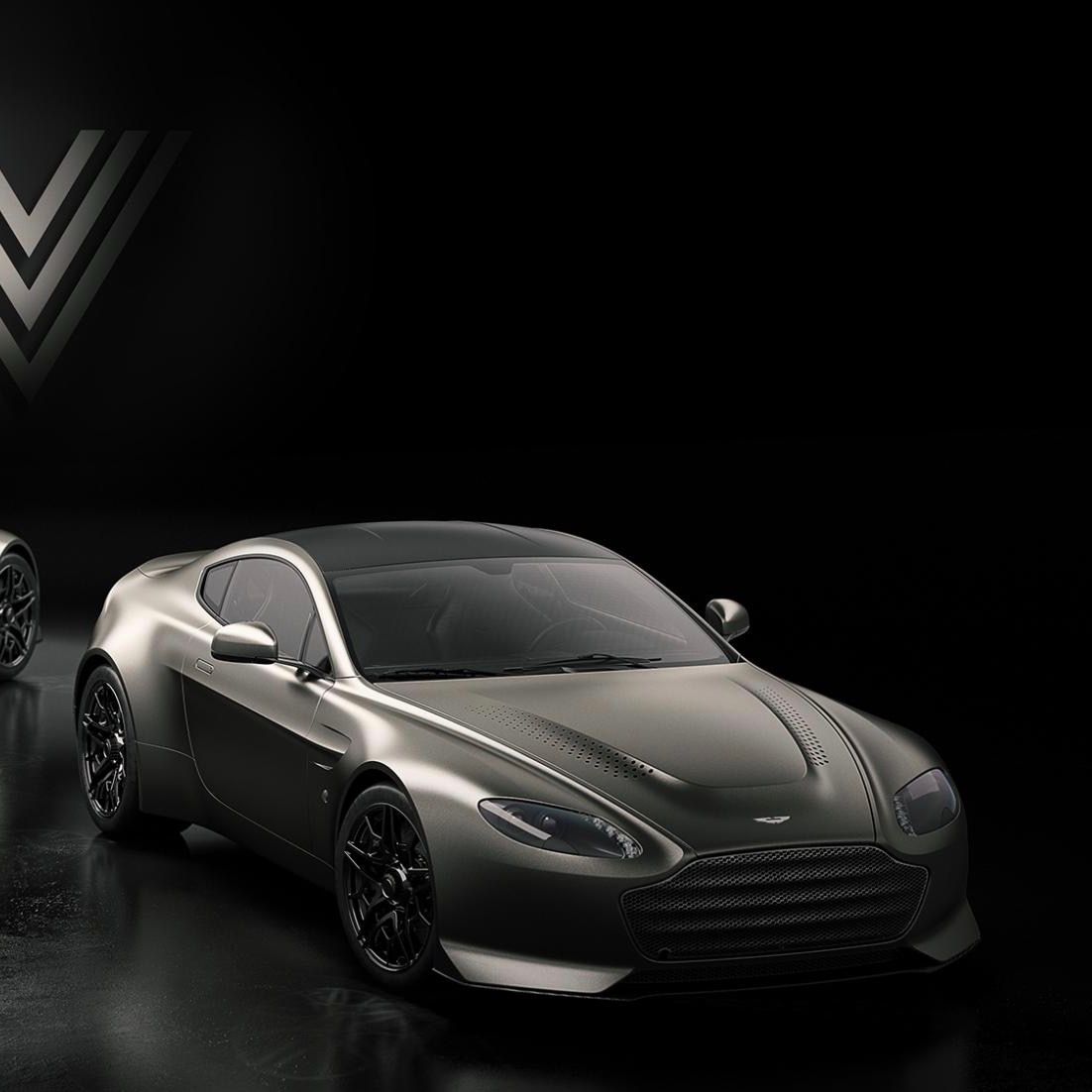 Just as the AMG-powered V8 specimens go into production, Aston Martin builds 14 more old V600 Vantages, monstrous naturally-aspirated 5.9-litre V12s and all. Called the V600, a name borrowed by the twin-supercharged 600hp Vantage of the ‘90s, it’ll be the last hurrah for the glorious baby Aston.

The seven coupes and seven roadsters will be outfitted in old school specs for a genuine ride, so the only transmission option is the seven-speed manual gearbox. It’s not all archival though — expect an all-new carbon diffuser, a unique widemouth grille, and a hole-punched bonnet inspired by 007 Spectre’s DB10. 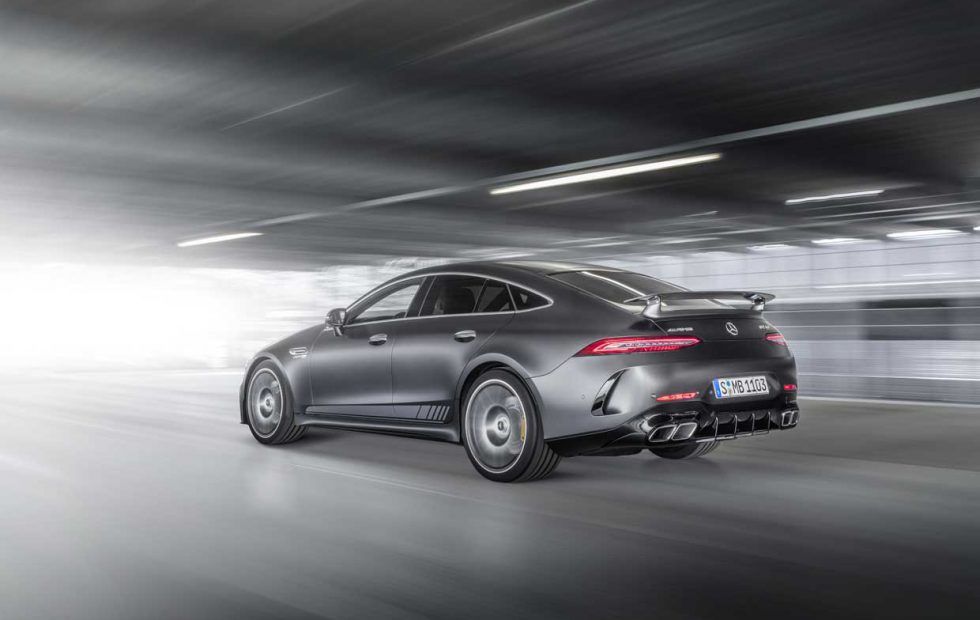 Available for only one year after its official launch later this year, this high-performance four-door coupe will be bestowed upgrades worth paying the extra buck for. It also boasts three exclusive paint options — Grey Magno, Diamond-White Bright or Graphite Grey — in addition to premium leather upholstery and carbon fibre extras.

Of the enhancements, the AMG Aerodynamics Package stands out for making the car an even bigger monster. Besides a a larger front splitter, there’s an enhanced-optimised diffuser and a fixed rear spoiler that is mechanically adjustable. A 4.0-litre V8 bi-turbo engine is now more powerful, creating 639hp and taking the car to a top speed of 315kph. 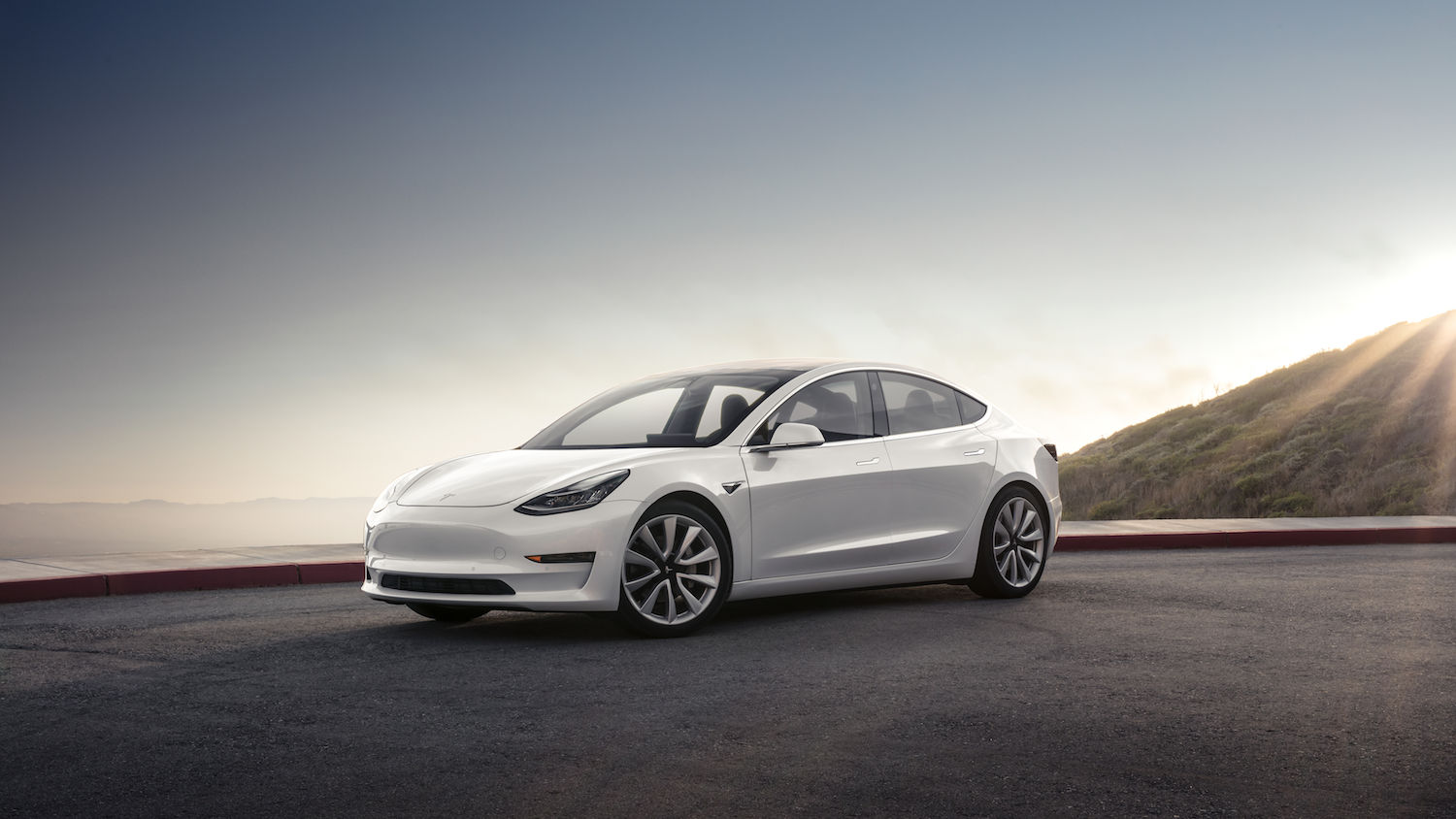 Tesla will launch the all-wheel-drive dual-motor option for the Model 3 soon, and if that doesn’t impress you enough, there’s a Performance variant if you sign the cheque for S$105,000 more. Twenty-inch wheels and a carbon fibre spoiler will be included in the package, as will a o to 100kph time of 3.5 seconds and a top speed of 250kph.

In comparison, the standard dual-motor option will do the century sprint in 4.5 seconds and top out at 225kph, which doesn’t sound as appealing now, to be honest.

Aston Martin Volkswagen Mercedes-AMG Tesla Aston Martin Vantage new cars 2018 car updates 2018 special edition cars aston martin db 11 amr
Shatricia Nair
Managing Editor
Shatricia Nair is a motoring, watches, and wellness writer who is perpetually knee-deep in the world of V8s, tourbillons, and the latest fitness trends. She is fuelled by peanut butter and three cups of coffee a day.
Motoring Wellness Watches Beauty Style
Sign up for our newsletters to have the latest stories delivered straight to your inbox every week.