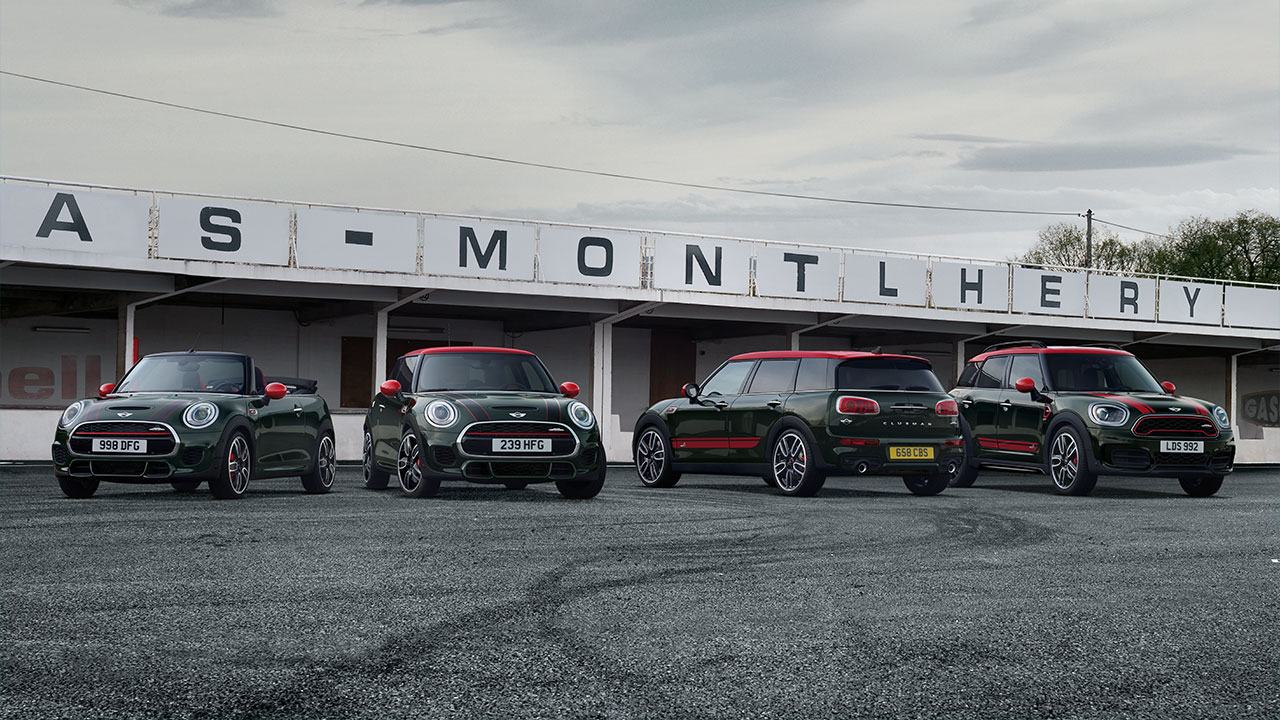 New year, new cars. If the ongoing Singapore Motorshow 2018 is anything to go by, it’s worth getting excited if you’re in the market for a fresh ride, thanks to new offerings by some of the world’s major car manufacturers.

This goes beyond updating long-standing favourites. All-new designs come in wide and varied line-ups, each challenging the engines, technology and designs that we know today. If trends are anything to go by, semi-autonomous driving continues to be a big part of innovation in these cars, alongside electrification and hybridisation.

Of course, the best way to get up close and personal with these cars is by visiting the show. Happening at the Suntec Singapore Convention & Exhibition Centre from today till 14 January 2018, the Singapore Motorshow 2018 will house 24 exciting new models such as Infiniti, Lexus, Volkswagen and Porsche. Expect a diverse record of new cars ranging from family-oriented hatchbacks to a special edition coupe. Then there’s the updated Audi that’s set to rival the new Mercedes S-Class, and a Kia that surprises with looks and performance (it’s even got a segment on The Grand Tour).

We hope you’ve got your cheque books ready. Here are the new cars to start placing for your orders for, pronto.

Hot on the heels of the standard sedan and long-wheelbase Executive variants is the 2018 Panamera Sport Turismo, a substantially more spacious version that can — for the first time — fit five passengers proper. This sleek wagon-like model will come in four all-wheel drive versions, with the base car featuring a 330hp turbo V6. On the other spectrum is the Turbo variant with its 550hp 4.0-litre twin-turbo V8 that sprints to 100kph in 3.4 seconds. Hybrids are, of course, available too. Party tricks include an extendable three-stage deployment rear spoiler, which even positions itself to minimise wind noise when the panoramic roof is opened above 90kph in the thrilling Sport and Sport Plus mode. 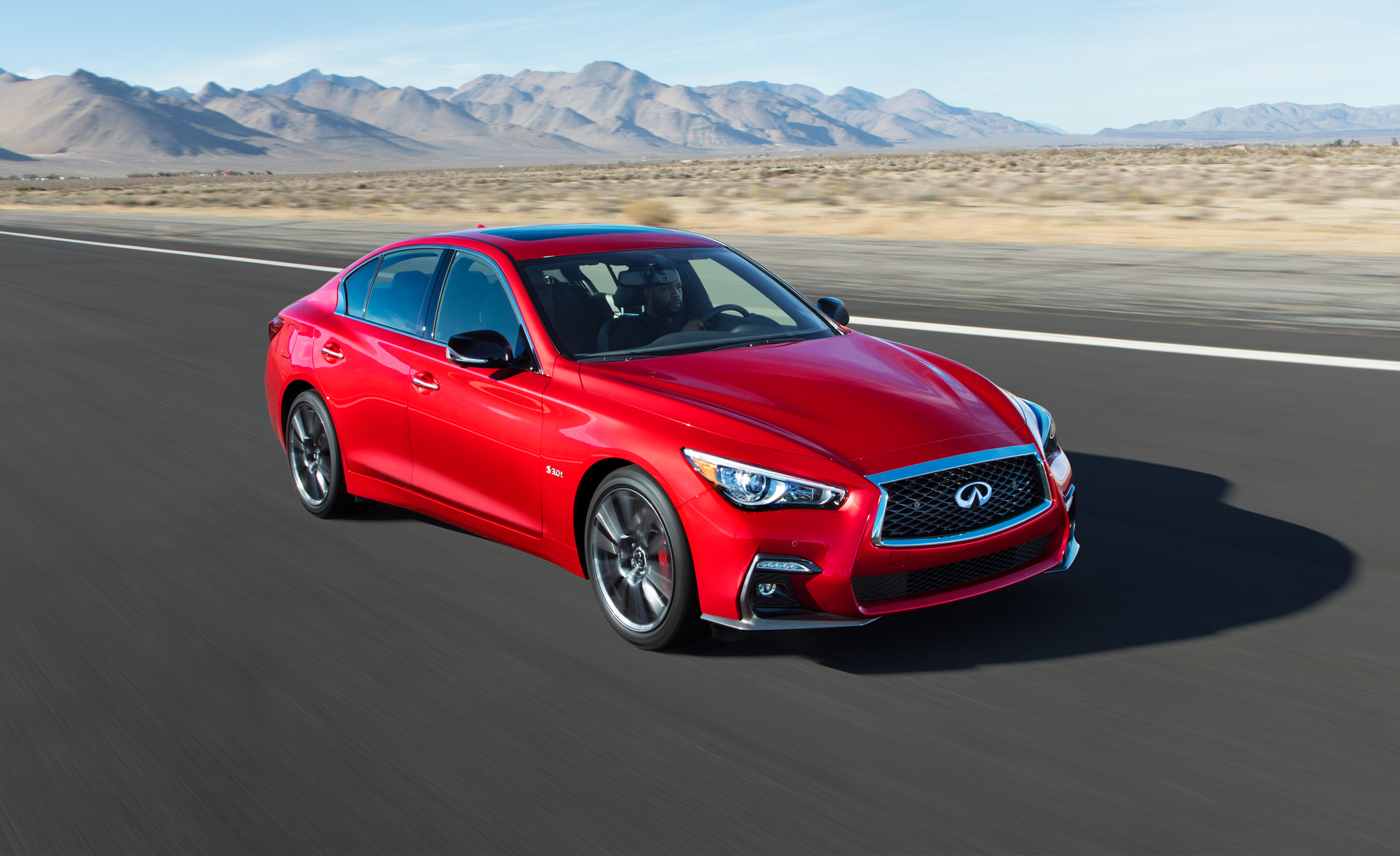 The Q50 is the gift that Infiniti just keeps on giving. Relentlessly. Since 2014, the sedan had been given many major updates, including a controversial steer-by-wire system and new powertrain line-ups. This year, it gets a makeover inside and out, albeit very subtly. Front end updates include a more three-dimensional looking grille and new lower air intakes. At the back, it’s got more contemporary LED taillights and a remodelled bumper. A sportier Q60 coupe steering wheel makes its way within, and nicer faux-leather materials are promised. The Pure and Luxe trims will also replace the current base and Premium models. 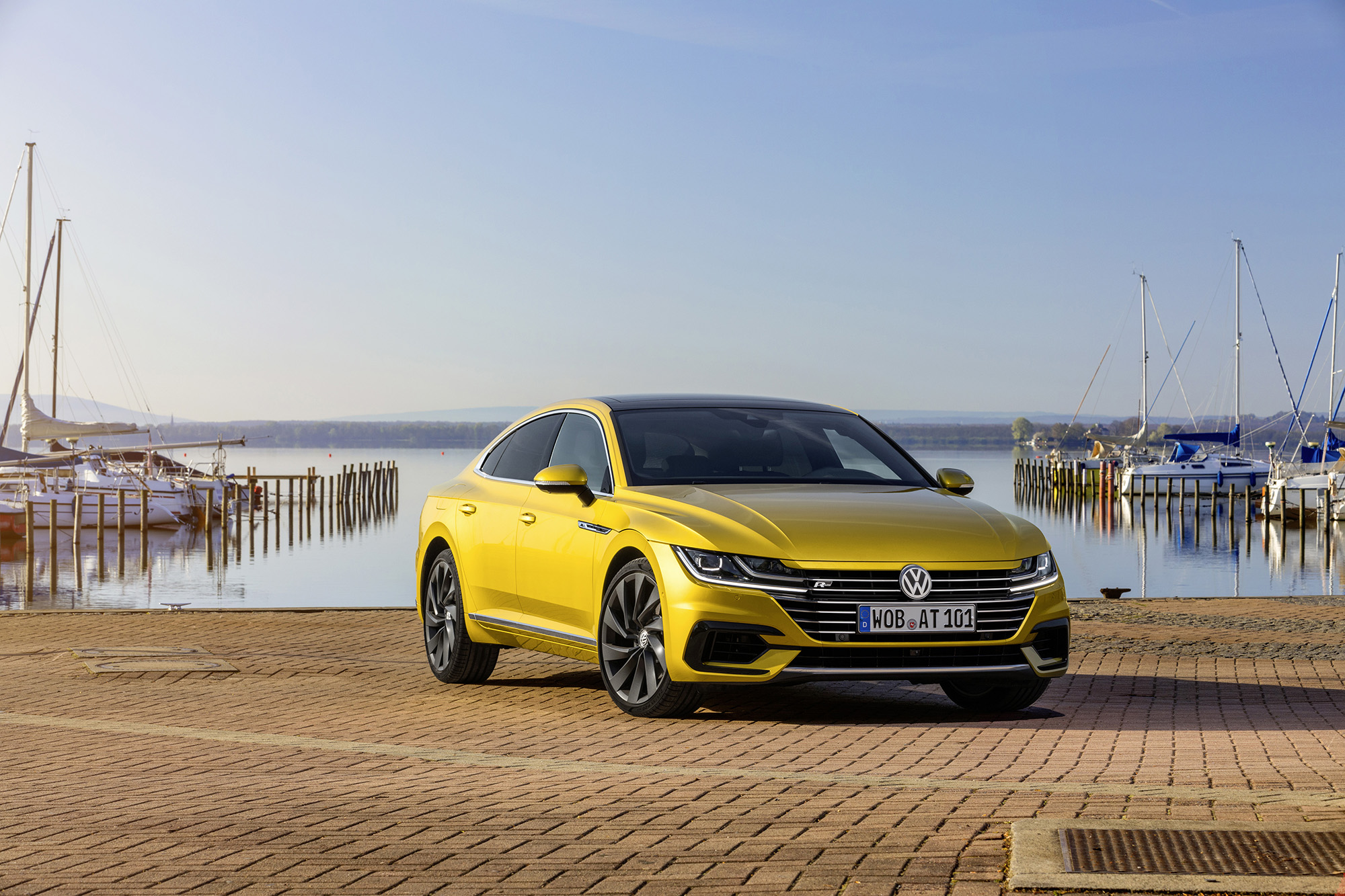 This fastback has big shoes to fill considering it’s the Passat CC’s predecessor, but it’ll do the job. Marrying sleek, coupe-inspired lines to hatchback practicality means that it’ll surely appeal to a wider audience, especially those that either need a ton of boot space and/or have several kids. The longer and wider car has decent headroom despite a sloping roofline, and rear seats can be folded down for even more storage space — think SUV standards. In keeping up with the times, Volkswagen will introduce high-tech safety features, including a emergency braking system and proactive blind spot warnings. The Kia Stinger might’ve been designed in Frankfurt, but it’s been trained at the fearsome Nürburgring. After all, the new fastback sports sedan gets its DNA from the Kia GT Concept from 2011, and is (unsurprisingly) the highest-performance vehicle in the South Korean firm’s history. With its svelte lines and hulking haunches, Kia is on the right track to changing public perception of its brand, from an affordable everyday car maker to a legit grand touring competitor. It’s longer and wider than the average sports sedan, and will run on two turbocharged engine variations: A 243hp 2.0-litre four cylinder ‘Theta’, or a 365hp 3.3-litre twin-turbo V6 ‘Lambda II’. The latter impresses with a century sprint time of 4.9 seconds, and a top speed of 270kph. 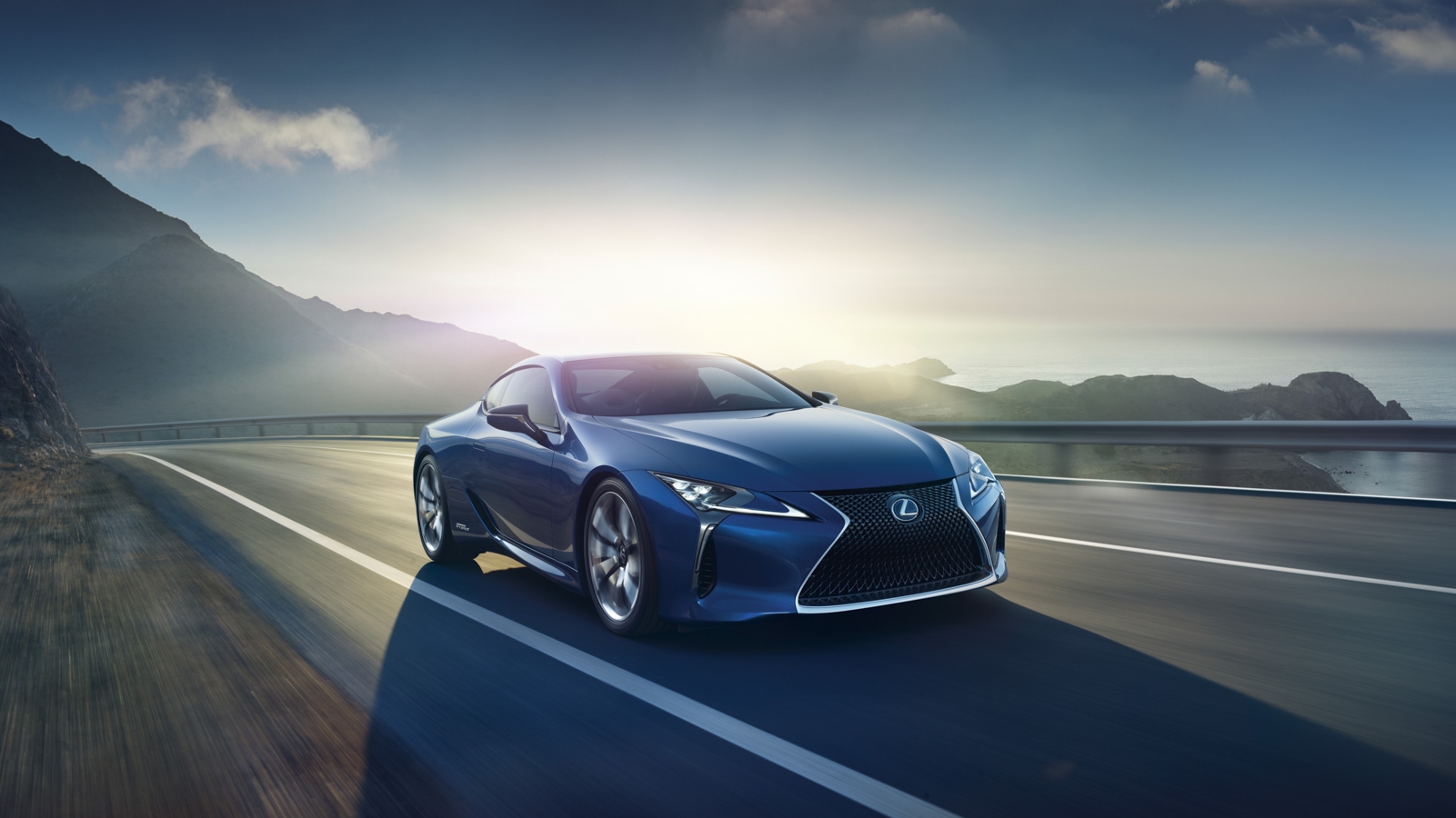 How do you make a car blue, without blue paint? Apparently the folks at Lexus thought about this long and hard, and, quite surprisingly, found the answer in the Morpho butterfly, a species famous for its metallic hues. Using at least 40 separate layers of primer and clear coats, the transparent paint also has nanostructure to help generate iridescence and the impression of a blue paint finish that changes shades depending on lighting. Other exciting accessories this limited-edition LC comes with include carbon fibre scuff plates and 21-inch forged alloy wheels, as well as a matching Breezy Blue interior. 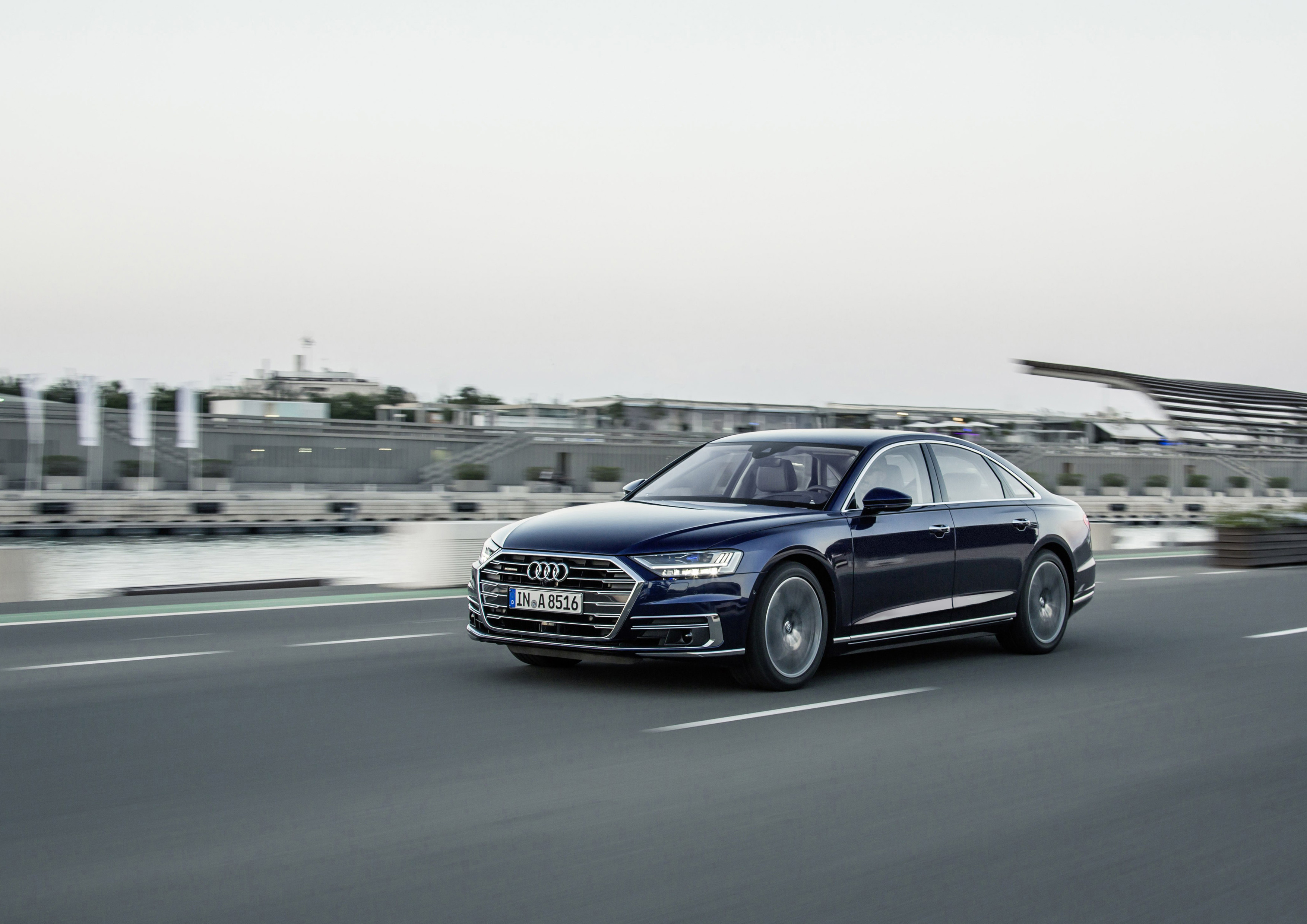 AI — or Audi Intelligence — is clearly one of the highlights of the new third-generation A8. It’s a suitable upgrade since its seven-year model run, and one that the understated luxury sedan needs to stay ahead in the game. Expect a completely redesigned dashboard with new features, updated user interface controls, and finally, a semi-autonomous driving and remote parking function. A pair of re-engineered turbocharged V6s is slated to lead the way for upcoming V8s and a massive 6.0-litre W12 version. Minimal design changes include a wider grille and refreshed body lines that do away with the previously infamous boxy view from the front. 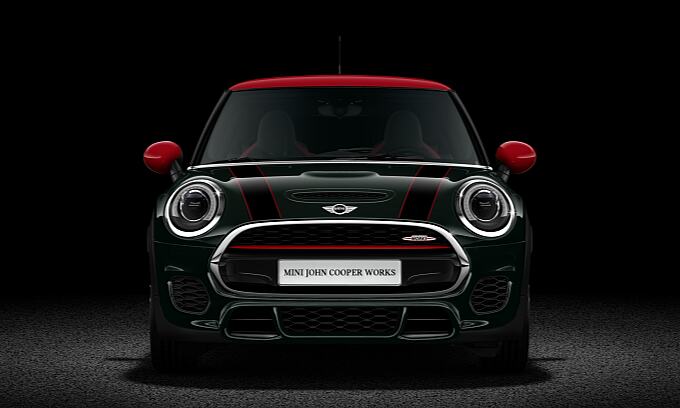 When Formula One car-builder John Cooper saw untapped potential in Mini’s revolutionary transverse engine, he sought to construct a racing-class version with a bigger and better engine. Now, Mini continues that indomitable spirit with its new three-door version — a 228hp Rebel Green rocket that comes decked in Motorsport-inspired design, exclusive fittings and a relentless longing to race around the track. Besides the badges and Chili Red accents, new sport seats and a special leather steering wheel are some of the unique features this quintessentially English car has.