We know turning 100 is a pretty big deal; most of us don’t make it that far in life. But we bet that if regular folk do survive a century, all we’ll get is a pat on the back and a bunch of presents we’ll have no use for. Not Ferrucio Lamborghini, though. Because even though the Italian tractor-builder passed away back in 1993, his legacy lives on in the form of a spectacular Centenario, named so because he would’ve turned 100 this year. 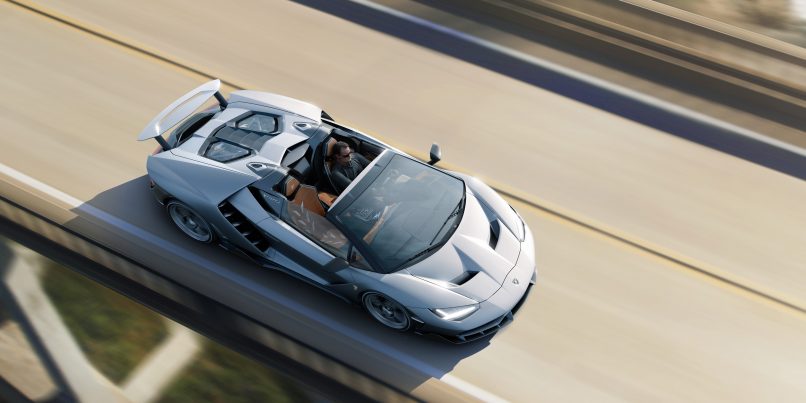 Following its dazzling debut at the 2016 Geneva auto show, the Italian luxury car marque has now decided that it would be cool to take the top off its one-build Centenario coupe, and thus the Centenario Roadster was born. Like the Veneno — a radical-looking limited edition street-legal racer — the Centenario is also based on the Aventador’s mid-engine V12 architecture.

Considering it’s the firm’s top-of-the-line regular-production V12 supercar, it’s easy to see why Lamborghini chose to center both the Veneno and Centenario around the Aventador. Inside, the car’s naturally aspirated engine is bumped up to 770hp — 19hp more than the equally savage-looking Aventador Superveloce this year. The car accelerates to 100kph in 2.8 seconds — that’s quicker than you can say “holy sh**” — but if you keep your foot down, you’ll get to 302kph in 23.5 seconds. Top speed? About 350kph. Quite excessive, but Mr. Lamborghini wouldn’t have settled for less anyway. 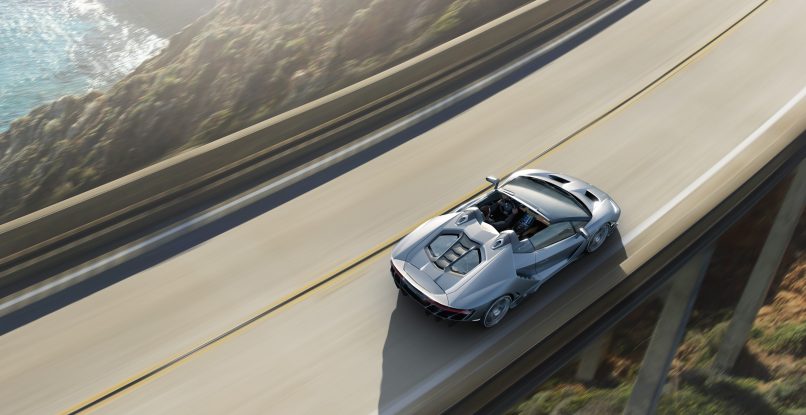 Just like a predator, the Centenario Roadster is light and agile. The new rear-wheel steering means increased turning agility at low speeds and a reduced turning radius. High speeds see the rear tires turn in the same direction as the steering angle, so that’s an increase in wheelbase, more stability and responsiveness. 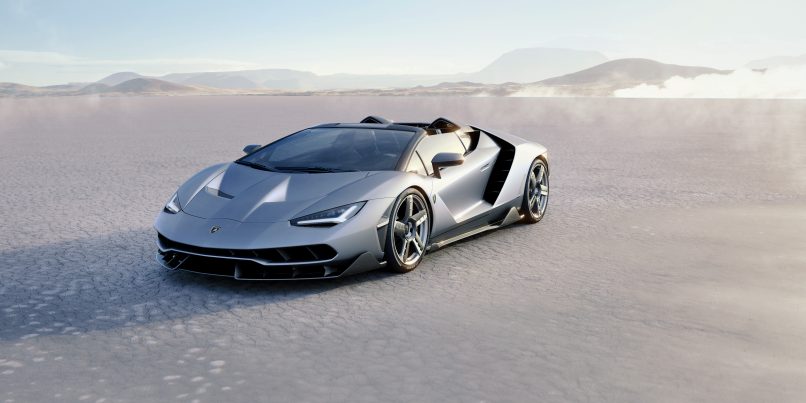 On the outside, each component is stylistically relevant to the roadster’s performance. With a body, monocoque and other trims built in carbon fibre, the car is a lightweight 1,570kg, with a weight-to-power ratio of 2:1. The front bonnet, scissor door panels, open top roof line and even wheel arches are streamlined to be aerodynamically efficient. Lamborghini’s signature hallmarks remain: the dramatic grille, Y-shaped tail lamps across the rear, spliced air intakes and the blown diffuser which adds downforce.

Not too shabby for a birthday tribute, we say.

Lamborghini Centenario Roadster Aventador Veneno Ferrucio Lamborghini
Shatricia Nair
Managing Editor
Shatricia Nair is a motoring, watches, and wellness writer who is perpetually knee-deep in the world of V8s, tourbillons, and the latest fitness trends. She is fuelled by peanut butter and three cups of coffee a day.
Motoring Wellness Watches Beauty Style
Sign up for our newsletters to have the latest stories delivered straight to your inbox every week.