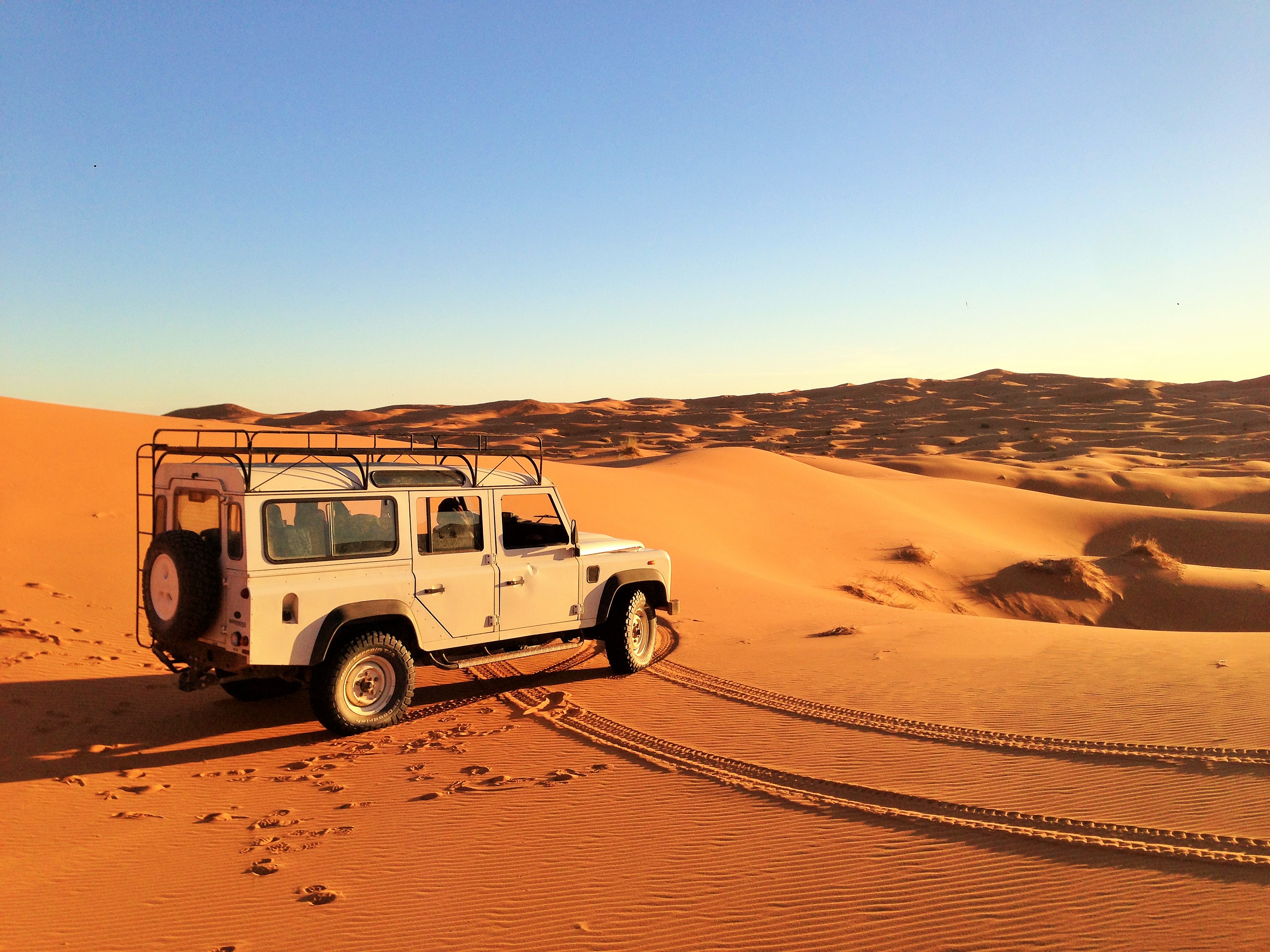 Off-road bruising to high-street cruising: The ongoing reign of SUVs

Gear
Off-road bruising to high-street cruising: The ongoing reign of SUVs
Share this article
Next article

If your hobbies include fly fishing and exploring the great outback, chances are you’re not going to do so in a refined saloon. Or a zippy sports car. Well you could, but would it be as fun, not to mention appropriate, as doing the same in an SUV? Sport Utility Vehicles (better known now by their acronym) are the St. Bernards of the motoring industry, conspicuously lumbering down roads for decades — huge, functional and trustworthy.

Yet unlike its name, the SUV was actually borne out of the military. In preparation of World War II, the U.S. army had requested for automobile manufacturers to come up with prototype vehicles that could do three things: Not fall apart over rough terrain, had four-wheel drive, and could transport large numbers of soldiers quickly.

The request was a necessary one, but only a dismal two out of 130 companies responded — one of which was by Willys Overland, whose prototype might sound familiar to you: The ‘Jeep’. With the help from Ford Motor Co., Overlands’ Willy MB car manufacturing firm was chosen to supply a staggering 700,000 off-road vehicles before battle.

The Jeep soon became the poster boy for reliability and durability. It played a tremendous part in the war by helping the US, UK and Australian armies carry soldiers and their equipment across rough terrain, while keeping them safe. No surprise then, that it later caught on with the public. The CJ-5 model was the first of many that Jeep would send powering through both highways and dirt roads across the world.

Across the Atlantic, British brothers Maurice and Spencer Wilks also worked on a 4X4 based on the Jeep’s specifications. The Land Rover was hence born in 1948. Over to the east, Toyota also developed prototypes during the Korean War. While they were rejected in favour of the Jeep, the Toyota Land Cruiser was later adopted by the Japanese National Police Agency.

Today, you’d be hard pressed to find SUVs that look combat-ready. With a surge in popularity worldwide, manufacturers have made them curvier, more luxurious and better equipped for contemporary lifestyles.

The current interest in elegant SUVs can be traced back to the original Range Rover. When it launched in 1970, it had manually operated windows, just two doors and a vinyl interior that could be hosed and wiped down after a heavy day in the fields. But it was a huge step up from the Land Rover and in time, its clientele transformed its use from a practical on- and off-roader into a true luxury car.

Once the obvious choice for families who had one too many children, the burly cars quickly progressed from “soccer mom” staple to one of the most stylish body styles to own in 2016. So much so that choices have expanded far beyond Volvo and Range Rover. According to automotive market research firm JATO Dynamics, more than a quarter of new cars sold in the first quarter of 2016 are SUVs and this demand has pushed five high-sided vehicles into the global top 10: the Nissan X-Trail, the Honda HR-V, the Toyota RAV4, the Honda CR-V and the Ford Escape.

Luxury automobile firms are also increasingly dishing out SUVs that are modelled after some of their most iconic models. BMW sees its X Series bearing uncanny similarities to their corresponding numbered counterparts, while Mercedes has the GLA based after its A-Class hatchback. In fact, Mercedes recently saw the most successful August in its century-long history, where one in three of their 156,246 cars were of SUV variety. This also puts its total number of SUVs ever sold at a remarkable four million.

Despite Land Rover building a final, definitive “2 Million” Defender model last year, the overwhelming interest in Defenders has triggered talks in bringing the original SUV back from the dead. Lamborghini has also joined in on the action. Come 2018, its first 4×4 since the LM002 — the twin-turbocharged V8 Urus — will be thundering down roads.

Old favourites are also being given facelifts to feed demand. Bentley recently unveiled its first ever production car without a gasoline engine under the guise of the epically exclusive Bentayga. For those who prefer a day by the waters, the same British car firm has just the SUV for you too: the Bentley Bentayga Fly Fishing by coach-builders Mulliner.

So if big cars have always been your thing — and we know monster trucks aren’t legal here — the SUV really is your best bet. Versatility and practicality aside, these off-roaders, like supercars, are often full of character, making them the perfect companions for an adventure both in and out of the urban jungle.