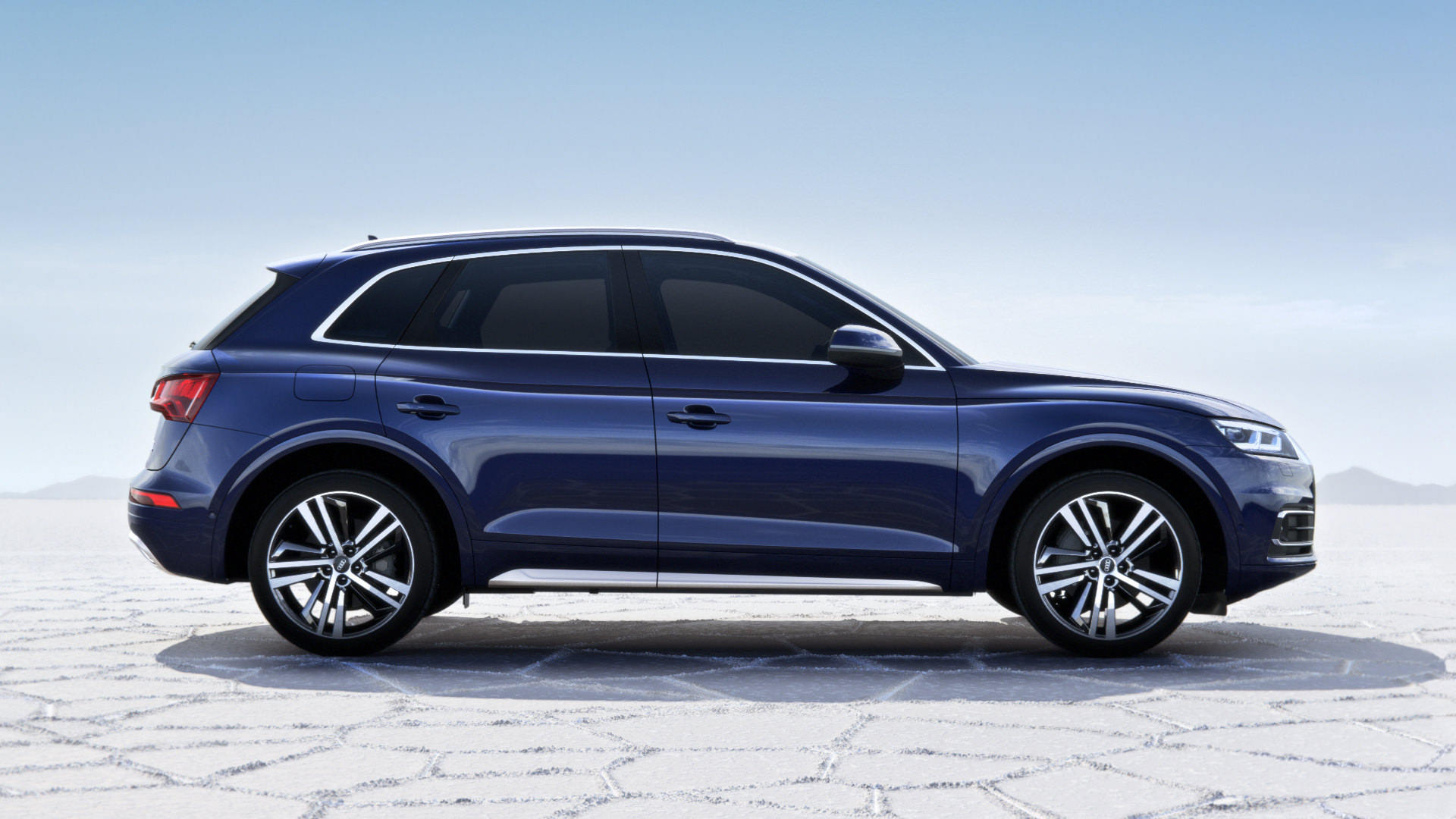 Off-road giant: The new Audi Q5 is an SUV made for all landscapes

Gear
Off-road giant: The new Audi Q5 is an SUV made for all landscapes
Share this article
Next article

When the first Audi Q5 came out nine years ago, it was a hit. Big families and soccer mums around the world finally had a car they could call their own. The compact luxury crossover SUV has since spawned many variations, each with their own unique quirks and curves, but none quite as advanced — both inside and out — as the German marque’s latest.

Fitting snugly between the smaller Q3 and larger Q7, the new Audi Q5 is a reworking in the model’s almost decade-long history. Its sharper and crisper lines hinge on the right balance of aggressiveness and sportiness, while wheel arches are strongly emphasised, a reference to the quattro permanent all-wheel drive system this machine runs on.

Then there’s Audi’s new generation turbocharged 2.0-litre four-cylinder powertrain that makes 252hp. By disengaging the rear axle whenever not needed, and re-engaging it proactively when it does, the quattro system with ultra technology boosts efficiency without compromising on driving dynamics or reducing traction. Wheel-selective torque control comes as standard for the Q5, a software function which works closely with the quattro system to deliver better handling in any circumstances.

Though nearly bigger in almost all dimensions, Audi has managed to slash up to 90kg via an intelligent material mix of steel and aluminium. Touting the vehicle as having the sporty characteristics of a sedan with the off-road capabilities of an SUV, the Q5 is less of a lumbering clump of metal down the road, and more of a sleek, aerodynamic machine.

Tapering elegantly down the back is a roof that’s optimised for minimum air resistance. The world might be a noisy, dangerous place, but Audi maintains the serenity within with exceptional wind noise reduction, and only the best acoustic system.

Inside is truly a cushy place to be in, regardless of where your journey takes you. The expansive interior comfortably sits five, and as usual, Audi promises craftsmanship of quality. The multifunction steering wheel with shift paddles come as standard — a gentle nod to the brand’s racing pedigree.

Party tricks include ambient lighting that comes in 30 different options, which should keep the kids or that fickle passenger occupied.

Infotainment for the Q5 is easily accessed via the high-resolution 12.3-inch Virtual Cockpit. As an option, the ever useful heads-up display will project key information onto the windshield. Then there’s the advanced MMI terminal and touchpad that promises to recognise handwritten entries, gestures and voice demands without making you look and sound silly.

The self-learning “personal route assist” function also makes its way into the Q5 following the Q7 and A4, and will suggest optimised routes for the next trip — even when sat-nav is inactive — after learning the driver’s destination and route pattern.

With a price tag that starts at S$239,700 (including COE and after CEVS), the Audi Q5 is a competitive entrant to the raging SUV war that all brands have now participated in.

Unlike some brands, however, Audi has been doing this for a long, long time, so it’s safe to say it knows a thing or two about making SUVs that are actually great to drive, both on and off the roads.