Home > Gear > Motoring > Overdrive: 2017 Audi R8 V10 Plus is its most powerful production model ever 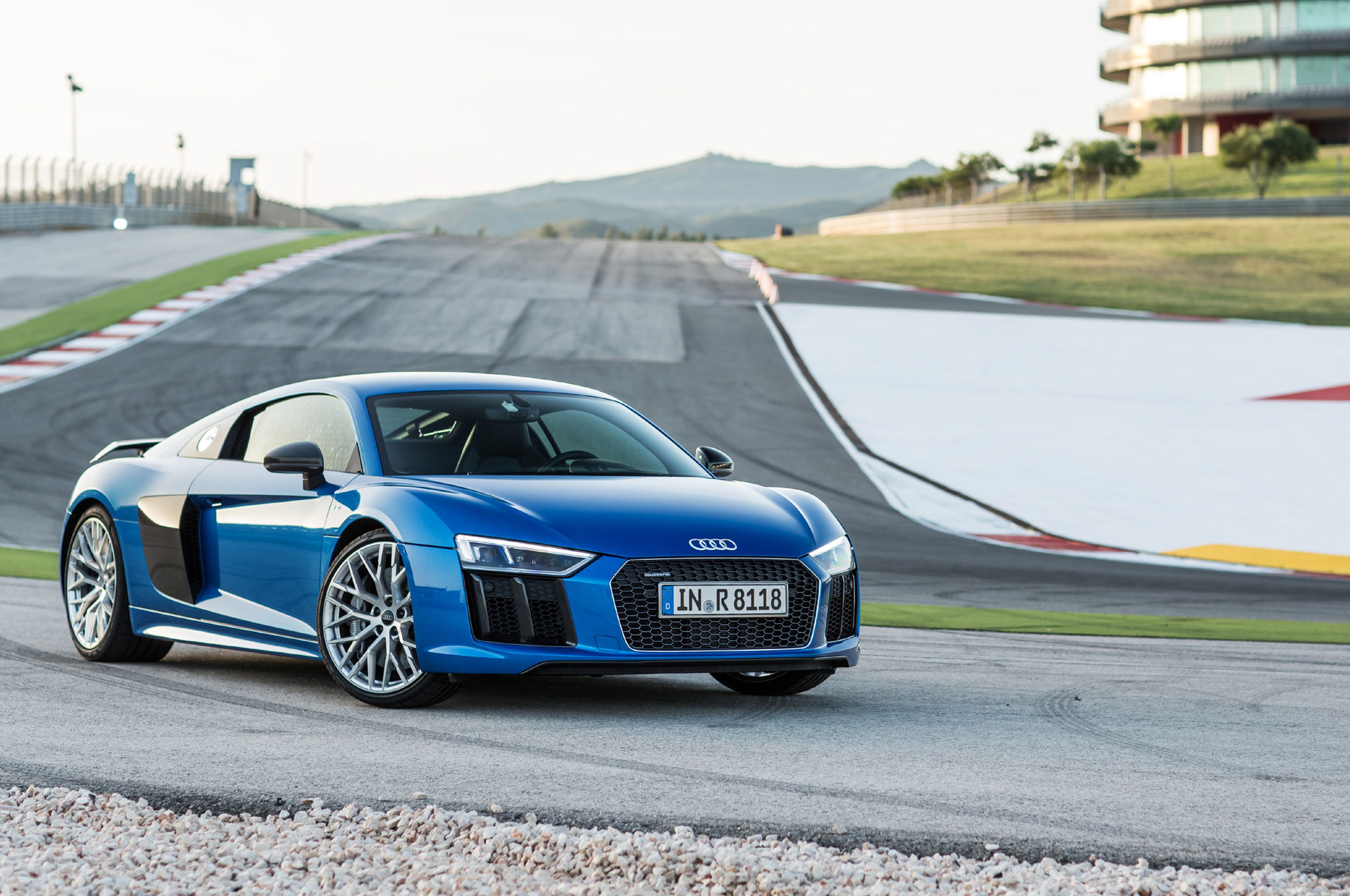 Overdrive: 2017 Audi R8 V10 Plus is its most powerful production model ever

In the showroom of Audi, encased serenely in glass sits the company’s pride and joy. Its 10-cylinder engine has become a symbol of human ingenuity that’s achieved exactly what it’s been made to do — thrill.

Like a tiger at a zoo, the V10 appears calm and insouciant in its enclosure, but return it to its habitat and boundaries will cease to exist. At 610 horsepower, this naturally-aspirated 5.2-litre V10 engine is the most powerful engine Audi has ever produced, and it’s now in the 2017 Audi R8.

In a world where naturally-aspirated engines are being ousted by downsized, turbocharged ones, the Audi R8’s V10 is an endangered species, and that’s what makes it so special. In this V10 Plus variation, it helps the car sprint to 100kph in 2.9 seconds, wailing a stirring orchestra of unadulterated crack pop and fizzle in the process.

Alongside the 610 horses is 460Nm of torque, the products of the updated seven-speed S tronic dual-clutch transmission. Gear shifts are decisively quick, and you’ll rocket to a face-bending top speed of 330kph. Even so, you’ll definitely manage a grin.

This is because the R8’s DNA is deeply steeped in racing, both in terms of speed and endurance. For the first time ever, Audi co-developed this R8 with the R8 LMS, its GT3 race car. 50 percent of the parts are shared, including the V10, a new lightweight aluminium construction, and even its design cues. Prominent wheel arches and vertical lighting design harken back to the legendary R18 LMP1 race car.

There’s also a lot of carbon on this car. Brakes are carbon ceramic, the fixed rear wing spoiler is fully carbon fibre and the rest of the body sees lashings of carbon accents too.

Other than edgier styling, sharper lines at the grill and a two-piece sideblade, Audi has kept the same good looks for the 2017 Audi R8 V10 Plus. It’s still flat, wide and muscular, and you’ll never mistake this car for anything else.

The Audi R8 has been known as the long-lost twin to the Lamborghini Huracán. But they are as different as they are similar. Both are mechanically identical; they share the same midship engine, transmission, steering system and electronic architecture, to name a few.

The only things that can differentiate them — looks aside — are its software and heart. The Huracán is brutish and razor sharp, while the R8 veers on the graceful and sophisticated side of fun. It’s been compared to as the marginally less exciting twin, but give it a go and you’ll find it’s got just as much soul.

Audi Luxury Cars Supercars Lamborghini Huracán LP 610-4 racing car naturally-aspirated engine Audi R8 Audi R8 V10 Plus Audi R8 LMS
Shatricia Nair
Managing Editor
Shatricia Nair is a motoring, watches, and wellness writer who is perpetually knee-deep in the world of V8s, tourbillons, and the latest fitness trends. She is fuelled by peanut butter and three cups of coffee a day.
Motoring Wellness Watches Beauty Style
Sign up for our newsletters to have the latest stories delivered straight to your inbox every week.