Home > Gear > Motoring > Overdrive: Aston Martin DB11 is as good as it looks 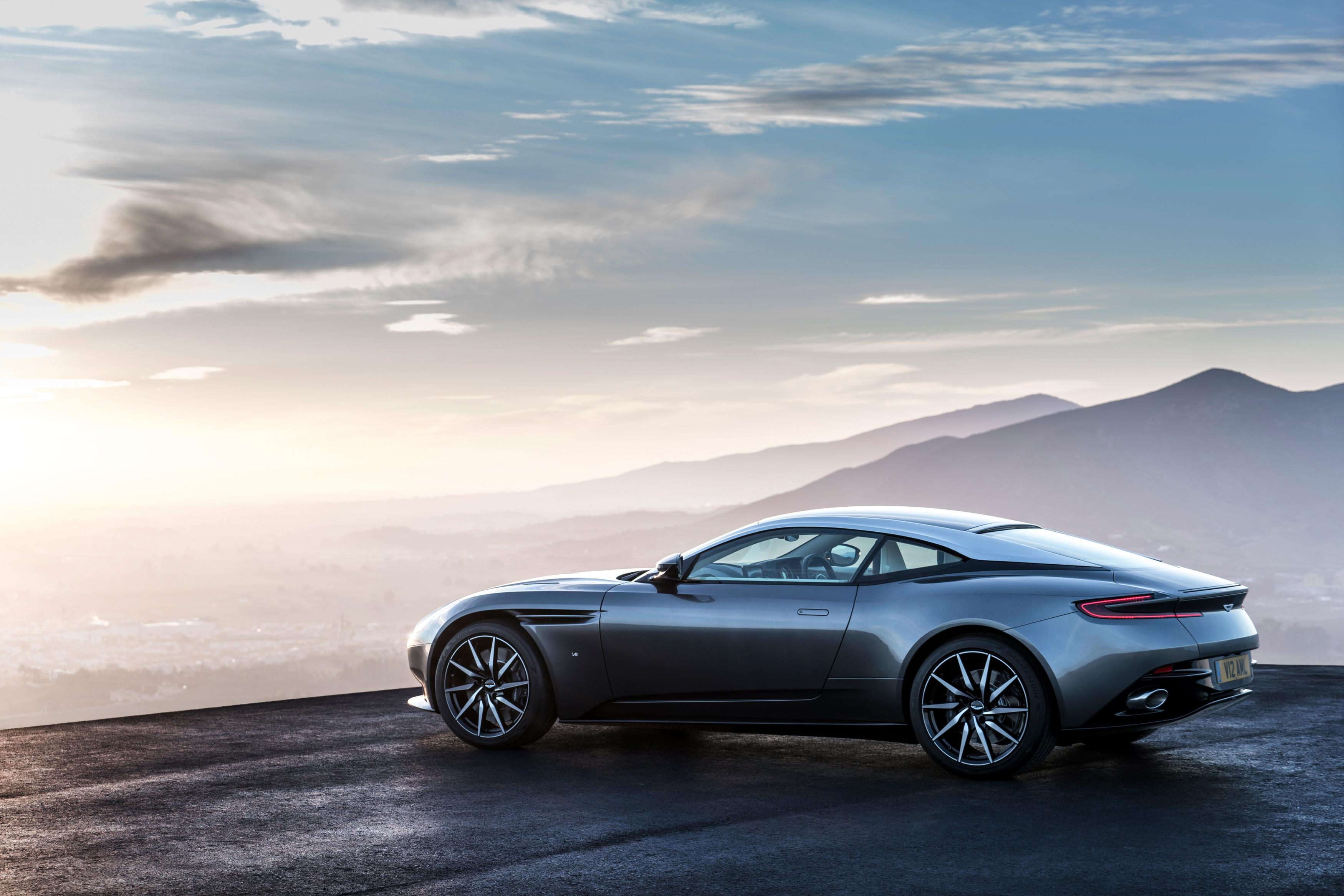 Overdrive: Aston Martin DB11 is as good as it looks

Gear
Overdrive: Aston Martin DB11 is as good as it looks
Share this article
Next article

Much like bacon is to eggs, and clotted cream is to scones, Aston Martin has always been faithfully devoted to naturally-aspirated engines. In fact, it’s been one of the British brand’s core values since Lionel Martin and Robert Bamford opened shop in 1913.

This year, however, the DB11 will take a path never trodden before, because at its heart is a 5.2-litre V12 with twin turbochargers instead. Aston Martin had developed this engine itself, so while the old V12 sounded magnificent, this one still produces lots of grunt when the turbos do their thing at 2,000rpm.

Producing a stout 600hp and 700Nm of torque, the new all-aluminium V12 makes this the most powerful production DB model ever. And it’s the most accelerative too — it tops out at 322kph and muscles its way through to 100kph in only 3.9 seconds.

But this isn’t merely a flex of power for Aston Martin. The DB11 signifies a new chapter in the marque’s fabled history that includes drivers the likes of James Bond, and is the first product under the ‘Second Century’ plan, which heralds a new bloodline for all the ‘David Brown’ Astons to follow.

As such, the DB11 looks vastly different from its predecessor, the DB9. An all new design language has been called into place, which, coupled with pioneering aerodynamics, helps the car achieve its achingly beautiful facade. The ‘Golden Ratio’ sits at the heart of every Aston Martin, and Marek Reichman, Chief Engineer and Designer at Aston Martin, knew precisely what to do to create a lithe form that would continue to stir the hearts of fans.

To ensure an uninterrupted profile, strakes are kept at a minimum, as seen on the roof where the lines flow continuously from the A-pillar to the C-pillar. The massive clamshell bonnet is sans opening lines across its front, which not only helps the car aerodynamically, but also makes it more aesthetically pleasing. From the amount of body to the glass on the windows, the two-thirds one-third proportion ratio is evidently key to making this car so good looking.

To do away with a spoiler — which breaks the sophisticated lines Reichman so painstakingly created — an Aston Martin AeroBlade was introduced. Using discreet air intakes at the base of each C-pillar, the car is kept planted to the ground by using the air flowing over the rear to create an artificial rear spoiler instead.

To accommodate all these revolutionary changes, Aston Martin had to work around an updated chassis, suspension, steering and electronics system. Driving modes are now more dynamic — choose between GT, Sport or Sport Plus, and you’ll immediately feel the engine come alive through the ergonomic hand-stitched leather seats.

All the power is sent to the rear wheels via an eight-speed ZF automatic gearbox, which when married to the Torque Vectoring system, helps give the car unbridled agility.

As Aston Martin enters a new era with Daimler, there’s now a crossover with infotainment systems, though it’s not long before the engines follow suit too. For the driver or front passenger, the inside of the DB11 is a great place to be. It’s as spacious as you’d expect it to be, and there’s lots of leather hand-stitched by a select group of ladies from its upholstery workshop back in Warwick.

While the rear is bigger, you’ll still be lucky to fit a small-sized human or a contortionist and maybe, a dog. It’s still a 2+2 rather than a full four-seater after all.

Because this is a beefy car, Daimler has equipped plenty of auto-parking assists and a 360-degree birds-eye view camera to help you manoeuvre through those tricky nooks and crannies. You’ll view this on a 8-inch TFT LCD display, which also shows all the infotainment options you need. Your aural pleasures are courtesy of Bang & Olufsen.

The DB11 is a genuine Grand Tourer. Jeremy Clarkson even called it “the best Aston yet, and by a very long way”. You can see the level of attention to detail through every corner of this car, from the moment you lay eyes on it to when you take the wheel within. Aston Martin is clearly going the right way for its ‘Second Century’ plan. And with that low-slung body and sensual, muscular lines; you’ll know it’s a DB11 right away.

Aston Martin Luxury Cars James Bond Grand-tourer naturally-aspirated V12 Aston Martin DB11 Twin-Turbocharged V12 Daniel Brown Marek Reichman
Shatricia Nair
Managing Editor
Shatricia Nair is a motoring, watches, and wellness writer who is perpetually knee-deep in the world of V8s, tourbillons, and the latest fitness trends. She is fuelled by peanut butter and three cups of coffee a day.
Motoring Wellness Watches Beauty Style
Sign up for our newsletters to have the latest stories delivered straight to your inbox every week.