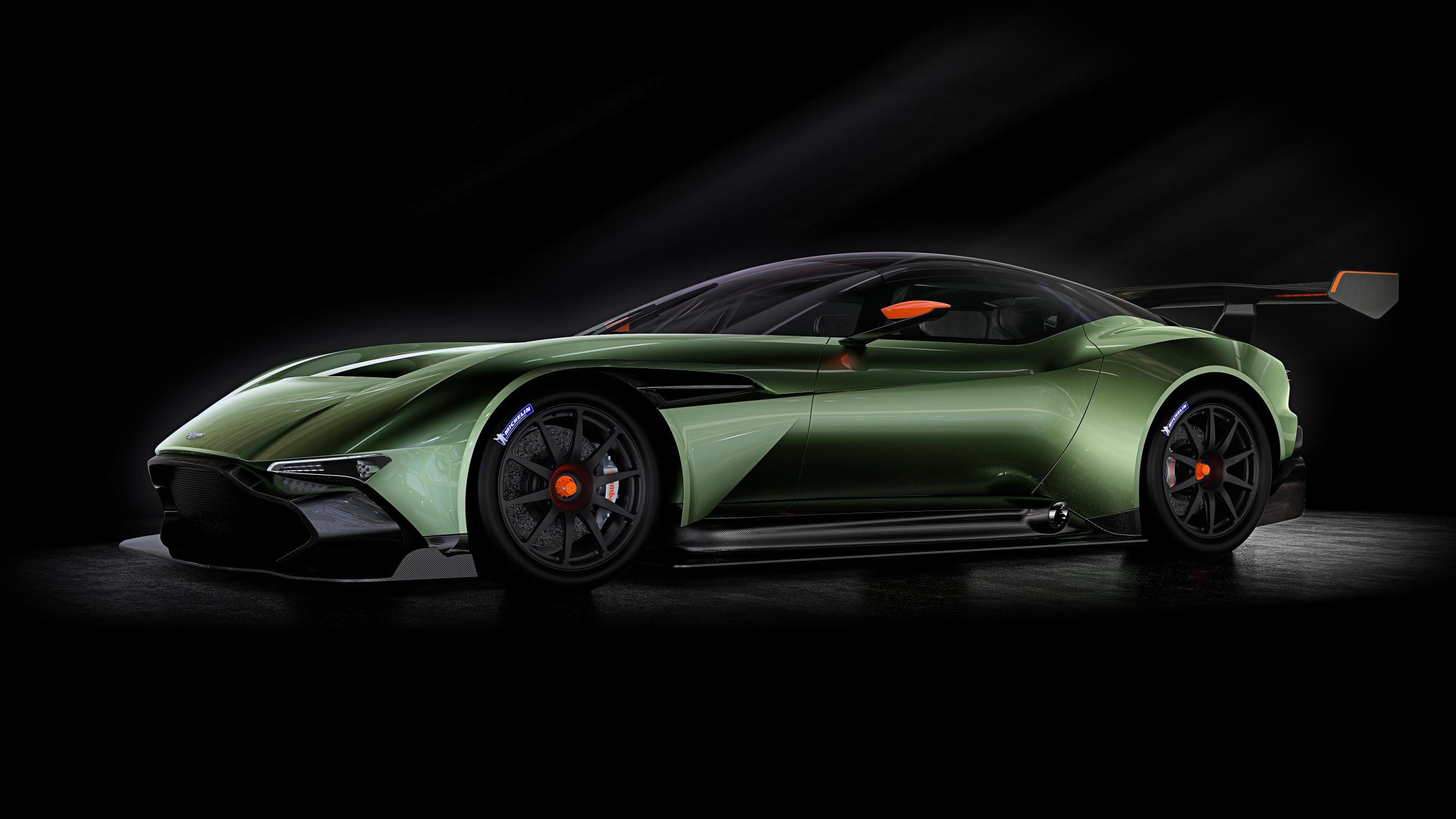 Remember the Aston Martin One-77? If you don’t, that’s okay. Aston Martin has another offering that will blow your mind in equal parts. In fact, it’ll do so in a shorter amount of time. The Aston Martin Vulcan might be a car you’ll never get to drive, but we thought you’d like to know about it anyway, because it looks, sounds and performs like the hypercar of your dreams would. It also has a cooler name.

Based on the One-77 (same carbon tub), the Vulcan is the British car marque’s retaliation to other track-only cars, such as the Ferrari FXX-K or the McLaren P1 GTR. For a cool sum of US$2.3 million (S$3.26 million), you’ll get plenty of top-shelf stuff, so we’ll start with its massive powerplant. Start up this carbon fibre rocket and its all-new 7.0-litre V12 engine rumbles with a menace usually reserved for a hungry predator. That’s right, no super or turbochargers — Aston is really breaking convention here. The carbon monocoque keeps the Vulcan lightweight at 1,350kg. Floor the accelerator and that rumble will turn into a long colossal shriek (mixed in with yours) as you get propelled with 820 horses and 780Nm of torque. It makes the One-77’s 700hp look domesticated.

The aerodynamics on this car is worth a brag too. With more kilos of downforce produced (1,362kg) than it weighs, you can drive across a ceiling of an upside down track. Thanks to its front-positioned engine, air can be channeled along underneath, which allows the massive underbody diffuser to be opened out earlier, creating more push downwards and forwards. The six-speed gearbox is mounted at its back for balance and better weight distribution.

Under its bonnet lies a plug-and-play oil system, which works much like how you’d pop an espresso pod into one of those expensive coffee machines. The first car in the world to use Nexcel — a canister oil system developed by Castrol in which a small canister the size of a car battery acts as a reservoir and filter for the dry-sump lubrication system — oil changes should be mess-free. Castrol promises the technology will soon equip more engines; revolutionary news for those who find car servicing and maintenance the bane of their lives.

Aston will only build 24 Vulcans, a tribute to the brand’s track cred and its established history with 24-hour endurance races. Before these 24 thrill-seeking billionaires can be let loose with their new hypercar toy, Aston will offer an “extensive and detailed program of intensive driver training”, which includes a go on the Vulcan simulator and the V12 Vantage GT4. After all, the Vulcan’s top speed is 360kph. This program is highly recommended to be fully prepared for the car’s dizzying capabilities, and if you don’t want to end up in a body bag at a track near you.

Aston Martin Limited Edition Hypercar McLaren P1 Vulcan Aston Martin One-77 Ferrari FXX-K Nexcel
Shatricia Nair
Managing Editor
Shatricia Nair is a motoring, watches, and wellness writer who is perpetually knee-deep in the world of V8s, tourbillons, and the latest fitness trends. She is fuelled by peanut butter and three cups of coffee a day.
Motoring Wellness Watches Beauty Style
Sign up for our newsletters to have the latest stories delivered straight to your inbox every week.