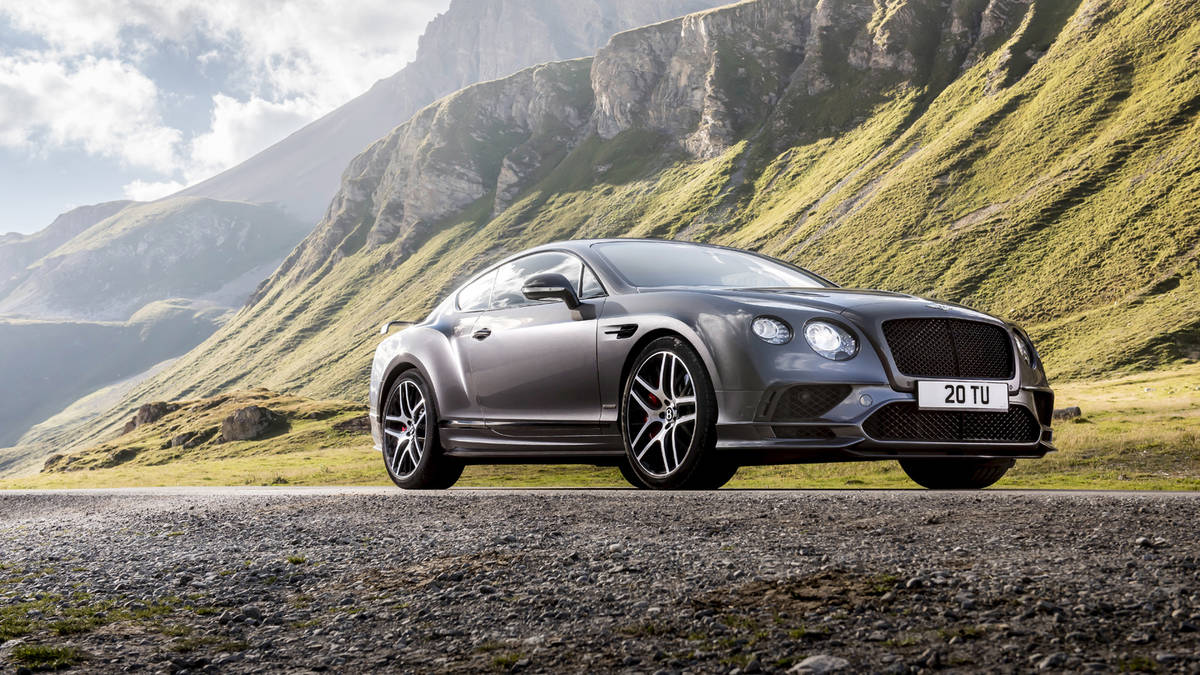 Sometimes we wished that Bentley would stop calling its latest car the fastest and most powerful ever made, but why should it? The Anglo-German manufacturer is clearly dedicated to progress. Besides, it’s nice to know car firms still care about power and speed in an age where less exciting Priuses and i3s are slowly taking over roads. Also, adrenaline-hungry billionaires need to be fed their daily dose of luxury-infused speed, which is where the new Bentley Continental Supersports comes in. Yes, it’s the quickest and most powerful Continental ever made — it even beat a Ferrari.

To achieve this feat, Bentley had to squeeze more juice out of the colossal twin-turbo 6.0-litre W12 engine, hiking its power to a nice round 700hp and 1,017Nm of torque. This is 67 horses and 197Nm more than the 2016 GT Speed and 79hp more than its namesake predecessor launched back in 2009. All this extra oomph comes courtesy of revised intercoolers, larger turbochargers with redesigned charge-air cooling system for added boost, plus a revised exhaust system and beefed-up connecting-road bearings.

The sprint to 100kph takes only 3.4 seconds and the top speed is a far-from-shabby 336kph (barely eclipsing the Ferrari GTC4 Lusso’s 335kph to take the title of fastest four-seat supercar). In comparison, the GT Speed does 4.1 seconds in the 100kph run, and a top speed of 331kph. Bear in mind that the 2016 GT Supersports is a mammoth 2,300kg; it’s like an elephant on steroids.

The figures above are true for the coupe version, and the convertible version will max out at a slightly lesser 330kph, though we’re sure the ride will be more exhilarating with the top down. Which is why uprated ceramic brakes are fitted to the 21-inch wheels as standard. A torque-vectoring system — adapted from the racy Continental GT3 — gives the car a more nimble ride by feeding torque to the four wheels independently based on grip. The carbon-fibre splitter and optional rear spoiler are introduced for extra grip and brawnier appearance. A luxurious tri-tone interior with Supersports-worthy Alcantara and carbon fibre finishing awaits you inside, but you can make it truly yours with the “X Specification” pack — as all billionaires usually do.

Luxury Cars Bentley Ferrari GTC4Lusso Bentley Continental Supersports W12 engine Bentley Continental GT Speed fastest Bentley
Shatricia Nair
Managing Editor
Shatricia Nair is a motoring, watches, and wellness writer who is perpetually knee-deep in the world of V8s, tourbillons, and the latest fitness trends. She is fuelled by peanut butter and three cups of coffee a day.
Motoring Wellness Watches Beauty Style
Sign up for our newsletters to have the latest stories delivered straight to your inbox every week.