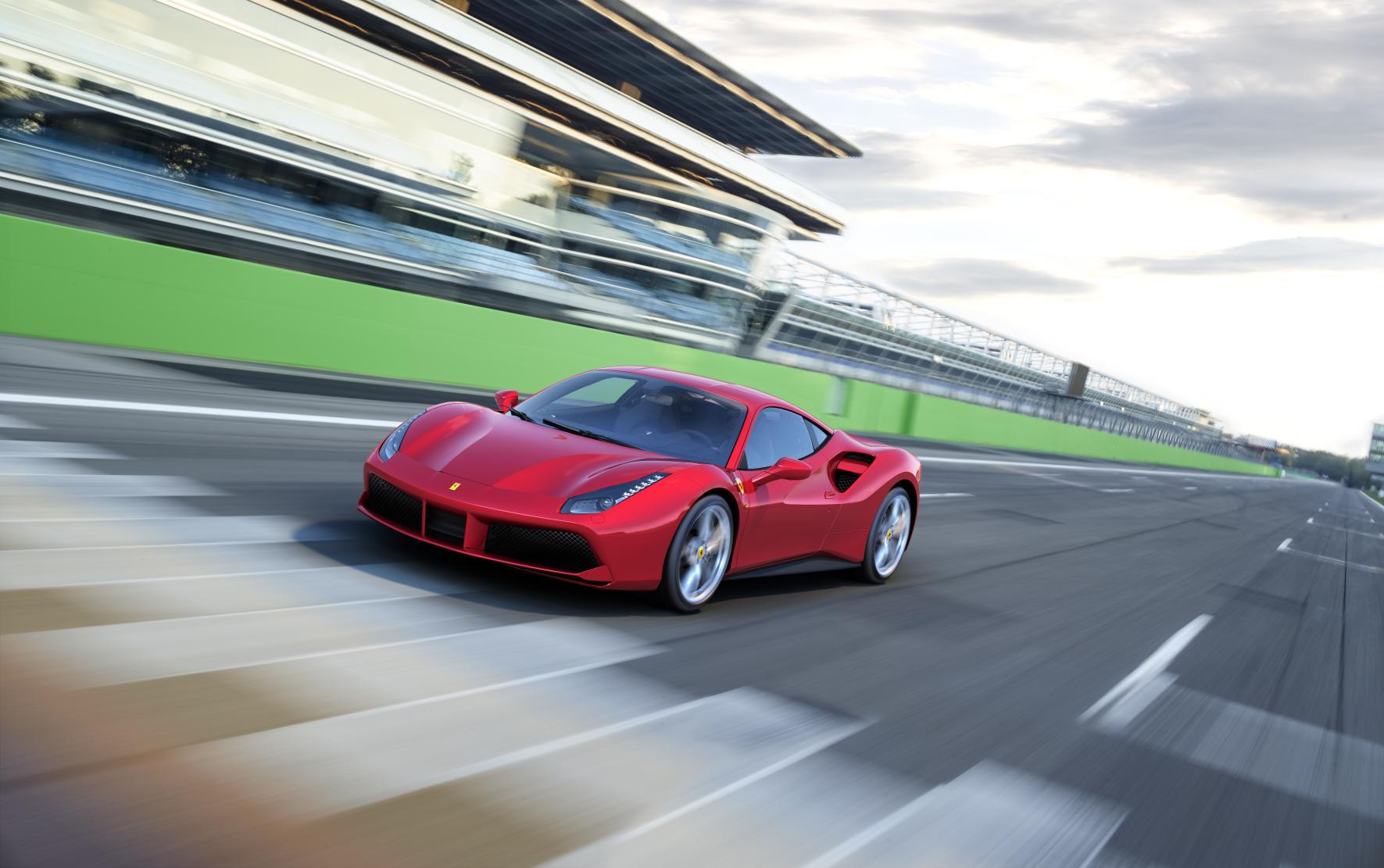 The 488 GTB, Ferrari’s mid-engine V8 supercar, turbos its way onto a street near you. A replacement for the popular 458, the new Ferrari follows the marque’s recent “evolution versus revolution” mentality. Featuring an upgraded 3.9-litre engine from the California T (Ferrari’s first front-engine turbo car) with 660hp, the 488 GTB is the first turbocharged mid-engine car from Ferrari since the F40. Compared to the California T and 458, the new car is lighter, the fuel temperature is increased and the cylinder pressure is higher. Basically this means a faster zero to 100kph run of 3 seconds and a top speed above 330kph.

Externally, unless you know your cars, the changes are not drastic. The front ends are a little more sharply angled, the side air vents are larger so more air can flow into the turbos, and the back end features a slightly different layout, most notably with the exhausts. Is it as pretty as the 458? Well not quite, but the 458 took a little getting used to as well.

Internally, the quality of the interior has been vastly improved and the entertainment system is up to par for a car that costs SGD995,000 (excluding options and COE) here. The seats are comfortable and supportive, while the driver alignment remains as focused as ever. I love having the rpm redline right in the centre of my line of vision.

We all know the turbo would have more horsepower and definitely a lot more torque than its predecessor, but the way it puts the power down is truly mesmerising. Unlike in say, a McLaren, which still has a bit of old-school lag, the power band on the Ferrari is steady. This gives the feeling of the car being naturally aspirated and high-revving. It doesn’t quite sing to the heavens like it used to, but it still screams enough to remind you that you’re in a mid-engined Ferrari. It can go around corners too. In fact, even as a rear-wheel drive supercar — in a day where almost everything coming out is four-wheel drive — there’s little that can touch it through an S-bend. The balance and poise of the car as you steer, downshift and break hard before the next corner will give you so much confidence you start to feel like Vettel.

Would I buy one? Perhaps, if it was in the right colour (no more yellow Ferraris please, I see too many of them on the roads these days). There’s so many options for supercars at the moment. They all accelerate with similar figures, get decent fuel economy, are comfortable and easy to drive; it’s hard to decide which one to purchase. As an investor, you really can’t beat Ferrari at the moment. However, as a driver, you have to stop to ponder if it has soul. Ferraris have one thing many other manufacturers lack — soul — and for keeping theirs alive, even with a turbocharged engine, it’s a definite on my list of must-own supercars.

Ferrari Ferrari 458 Speciale Luxury Cars Supercars Ferrari 488 GTB Prancing Horse
Shatricia Nair
Managing Editor
Shatricia Nair is a motoring, watches, and wellness writer who is perpetually knee-deep in the world of V8s, tourbillons, and the latest fitness trends. She is fuelled by peanut butter and three cups of coffee a day.
Motoring Wellness Watches Beauty Style
Sign up for our newsletters to have the latest stories delivered straight to your inbox every week.