To ask whether the new Ferrari 812 Superfast is fast, is a stupid question. Phenomenal looks aside, the replacement for the F12 Berlinetta will — its name is a dead giveaway — be super fast. Make that extremely fast, because unlike the last three models to come out of Maranello — the 488 GTB, GTC4 Lusso and California T — this one will ditch the turbos and use the highly-endangered naturally aspirated V12 instead, propelling the 812 Superfast to the top of ‘Rarri’s hall of fame board for being the fastest of all time. 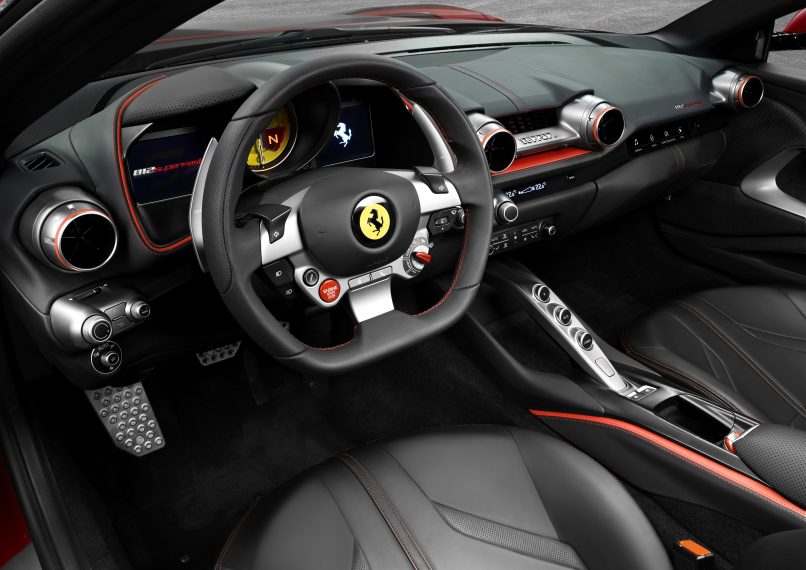 But this latest cannon to come out of the Prancing Horse’s factory is all about numbers, so before you balk or roll your eyes at its name again, here’s some. Beneath its bonnet is a bigger and more powerful 6.5-litre V12 that will scream 789hp (tied with the almighty LaFerrari), with 719Nm of torque pushed to the rear wheels. Nought to 100kph will be a blisteringly quick 2.9 seconds (though the Tesla Model S P100D does the same in 2.4 seconds), and top speed is 340kph. To compare, this is 58hp and 30Nm more than what the F12 Berlinetta’s 6.3-litre V12 could muster. To handle all 8,500 rpm at max power, Ferrari had to create its own gear ratios to handle the power coming from the upgraded higher-pressure fuel system, which squeezes more potential out of the V12. 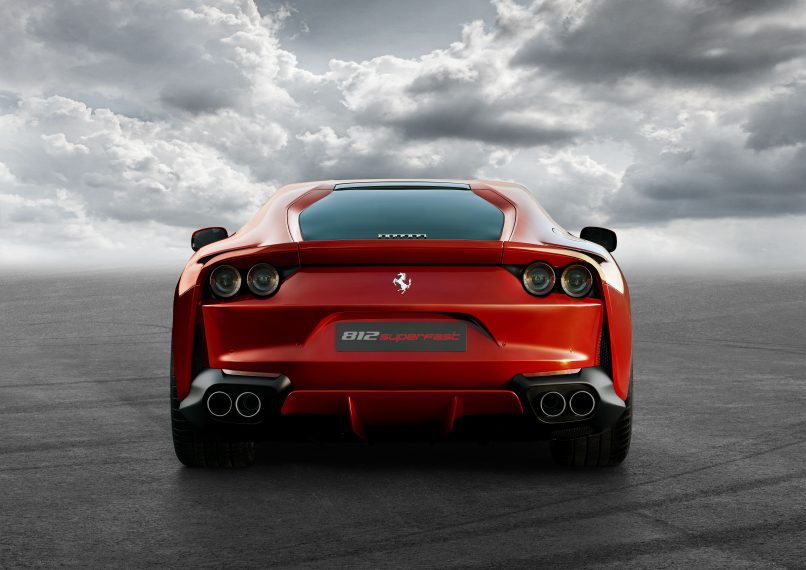 This is also the first Ferrari road car to receive electric power steering in place of the traditional hydraulic one, which is supposed to work better with the fifth-generation Side Slip Control (a.k.a. the drift god mode). It also gets the second iteration of Virtual Short Wheelbase, Ferrari’s four-wheel steering system. Ferrari took design cues from 1969’s 365 GTB for the 812 Superfast, with fastback styling and a high tail silhouette. Formula One aerodynamic features include active front flaps and a new air bypass at the rear to improve downforce. Muscular wheel arches reaffirm its aggression, while sculpted air intakes accentuate the bulking curves of the car.

To mark its 70th, the Italian house will launch the 812 Superfast in a new scarlet shade called Rosso Settanta, and the public will get their fair share of gawking at it at the Geneva Motor Show later this month.

Ferrari Ferrari California T Supercars Ferrari 488 GTB Ferrari GTC4Lusso naturally-aspirated V12 Ferrari 812 Superfast Maranello F12 Berlinetta
Shatricia Nair
Managing Editor
Shatricia Nair is a motoring, watches, and wellness writer who is perpetually knee-deep in the world of V8s, tourbillons, and the latest fitness trends. She is fuelled by peanut butter and three cups of coffee a day.
Motoring Wellness Watches Beauty Style
Sign up for our newsletters to have the latest stories delivered straight to your inbox every week.