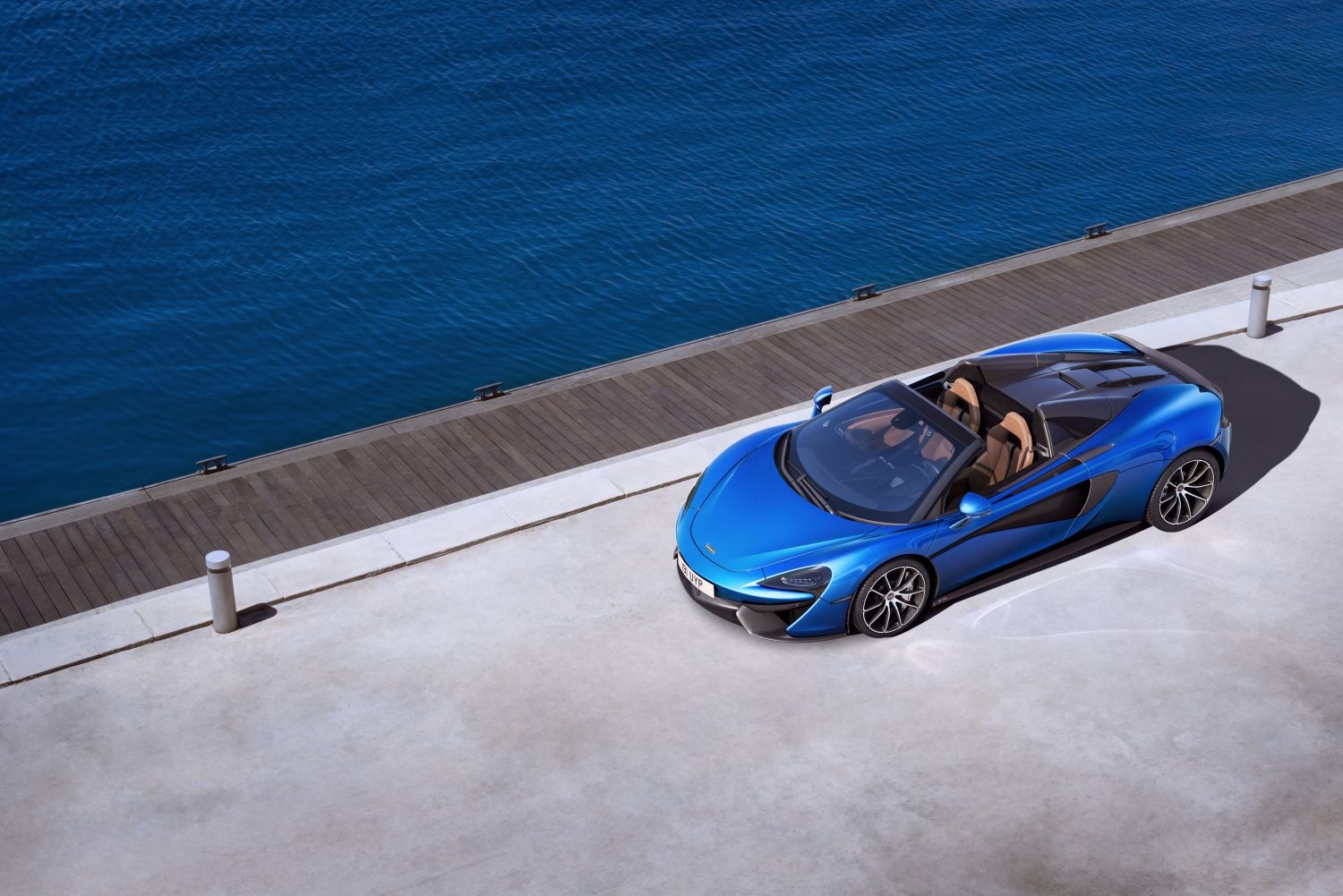 Overdrive: McLaren drops its top for the all-new 570S Spider

It was never a matter of if, but a matter of when the drop-top version of McLaren’s sports series would arrive. Fortunately — and we can almost hear the silent screams  from fans — it’s finally here, the 570S Spider.

Out goes the fixed roof, and in its place, a retractable one.

If you’ve ever driven a 570S, you’ll know it’s by far the most fun you can have with your pants on. The 3.8-litre V8 is notorious for its ability to throw 562hp to the rear wheels, with just a hint of turbo lag to shove you into the back of your seat.

And while we love that old-school charm, this car is far more than that with its gobs of F1 technology, silky-smooth ride and supercar good looks.

You’ll still be able to hit 100kph in 3.2 seconds, however top speed is now limited to 315kph with the top down. If you want to stretch its legs to 328kph, then you’re going to have to sacrifice the wind in your face by raising the top. The process is completed with the push of a button and only takes 15 seconds at speeds of up to 40kph.

The composite roof is the same as the 650S Spider and the car only weighs 46kg more than the standard coupé — an incredible achievement for a convertible, let alone one with a retractable hard top. This is thanks to the car’s new MonoCell II carbon fibre tub being so rigid and strong that no further reinforcement was needed.

With the roof down, you can raise and lower a wind deflector to keep things a little less blustery. You’re going to want to keep the roof down as much as possible to hear that twin-turbo in all her glory. Besides, the car looks even better with the roof down and has a 12mm taller rear spoiler than the coupé for a sportier disposition.

The Spider also features special alloys and a new brake calliper colour in Liquid Black. And when you open the dihedral doors to climb out, you’re going to get a lot of attention — for better or worse.

There will be a special Launch Edition car with a limited run of 400 before regular production begins at the McLaren factory in Woking, England.

If you’re lucky enough to place an order for one, choose between one of the three new in-your-face exterior colours — Curacao Blue, Vega Blue or Sicilian Yellow — or keep it subtle with something from the existing Sports Series palette.