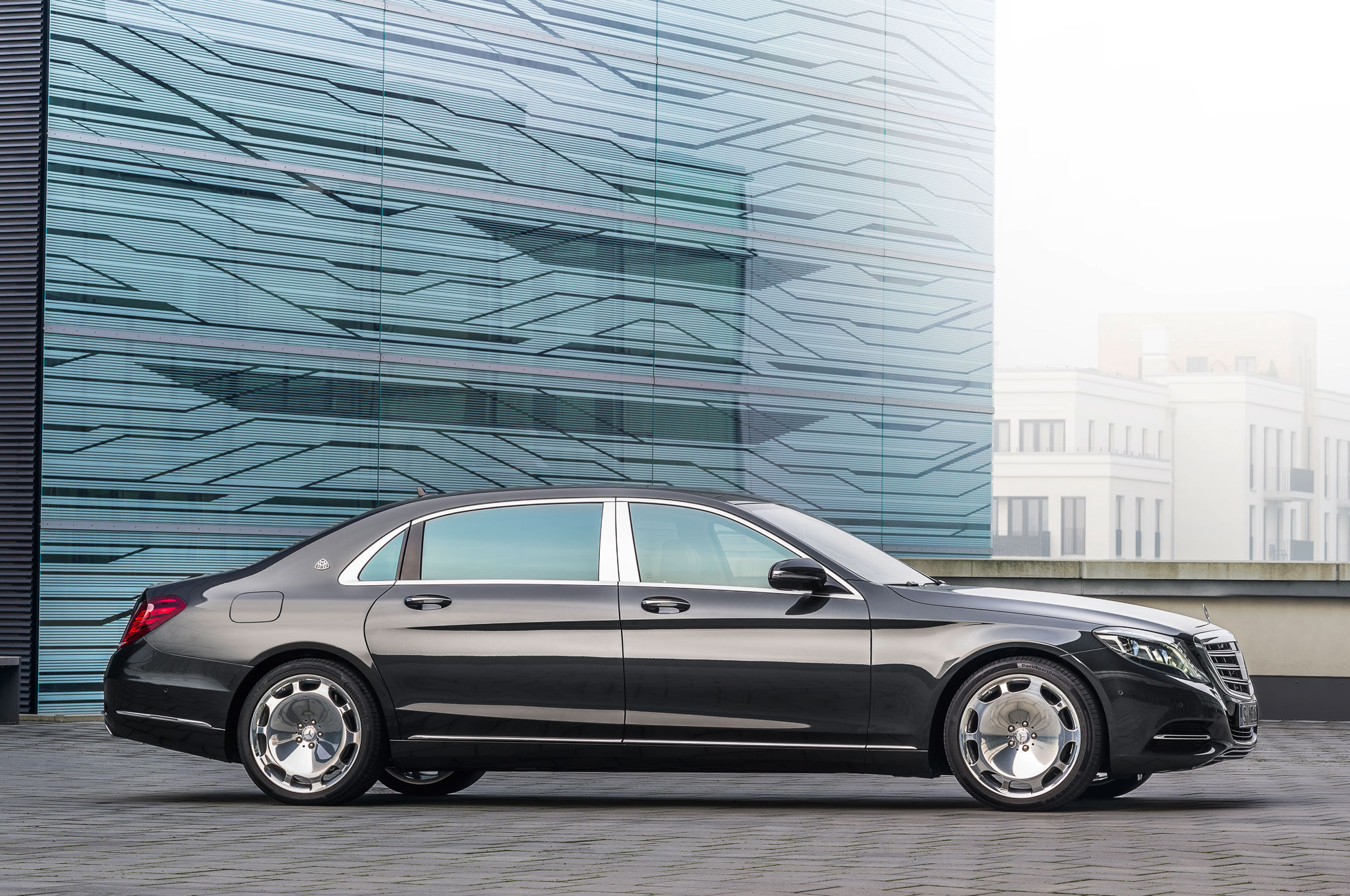 It’s the epitome of luxury and takes the S-Class to new levels of exclusiveness. The Mercedes-Maybach S600 is just about as high up the luxury car ladder one can go. When it was decided that production would end for the 57 and 62 –  both of which were based on an updated version of the S-Class W140 platform from the ’90s – Mercedes decided to modify its existing S-Class in order to keep the brand name, without having to create an entirely new car using the platform.

To the untrained eye, the new car looks identical to the normal S-Class. However, take a closer look and you’ll realise that besides the subtle badging identifying the car as a Maybach and not a run-of-the-mill S-Class, it’s two inches longer than the stretched version. It also has shorter rear doors with an extra rear quarter-window, and comes with exclusive trim packages and colour schemes that aren’t available on other models.

Under the bonnet sits the 6.0-litre V12 with 523 bhp and a shedload of torque. That engine will bring you to 100kph in five seconds smoothly and quietly, while power is delivered through a seven-speed automatic transmission to the rear wheels. Despite its 2,335kg curb weight, driving the car is effortless.

But in the back is where you really deserve to be. Tick the option for the Executive Rear Seat Package and it’s like sitting in Business Class on an airplane. All the works, from reclining massage seats with leg supports to footrests, fold-out tables, pillows, and screens on the back of the front seats, are provided for.

Best of all, there are only two seats. The middle seat (and part of the boot) makes way for an optional refrigerator and silver champagne flutes. Even the cup holders can be heated or cooled to make sure that regardless of your beverage choice, it’ll be at just the right temperature.

The entertainment system is top notch, and along with the rear displays and Command System controls, wireless headphones will provide you with an uninterrupted escape from the outside world. If you feel like listening to music with the rest of your company, the Burmester sound system is exquisite.

Those sitting up front won’t be disappointed, either. The Command System is similar to the standard S-Class, which is an industry leader. You’ll also get a neat party trick in the form of a suspension system called Magic Body Control to keep you stable through corners.

The car also features an abundance of safety systems such as Night View Assist, which is a type of night vision for your car. Keeping you fresh after a long journey are ionised air devices and bespoke cabin fragrances.

The Mercedes-Maybach S600 is the perfect understated super luxury car. It’s made for those who want the utmost in opulence, but sans the bells and whistles other cars in its class typically provide. It’s for those who appreciate the finer things in life, but prefer not to brag about it.

Mercedes-Benz Luxury Cars Maybach mercedes-benz S Class Burmester Mercedes-Maybach S600 V12 engine seven-speed automatic transmission
Shatricia Nair
Managing Editor
Shatricia Nair is a motoring, watches, and wellness writer who is perpetually knee-deep in the world of V8s, tourbillons, and the latest fitness trends. She is fuelled by peanut butter and three cups of coffee a day.
Motoring Wellness Watches Beauty Style
Sign up for our newsletters to have the latest stories delivered straight to your inbox every week.