Home > Gear > Motoring > Overdrive: The new BMW 5 Series is a smorgasbord of tech 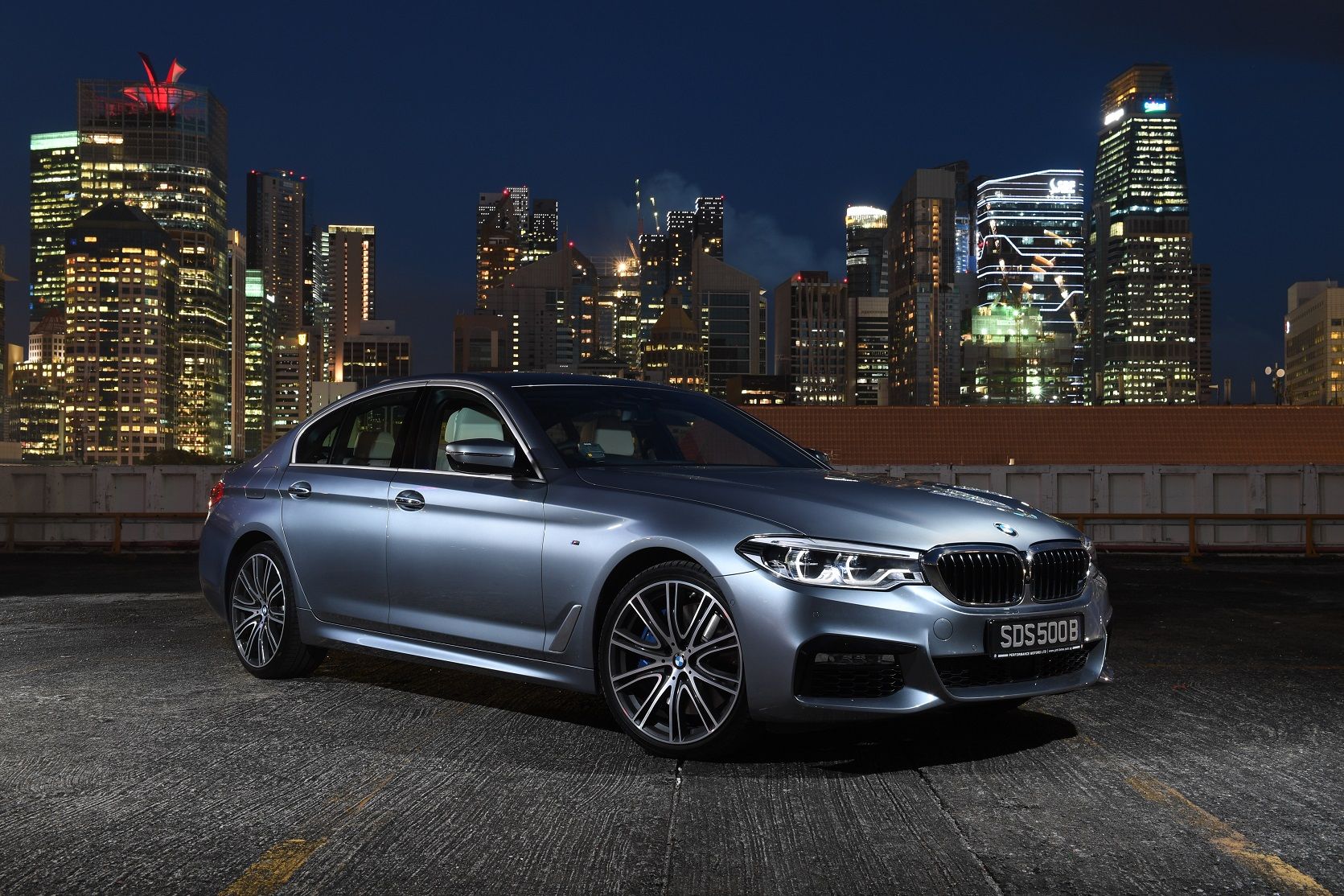 Overdrive: The new BMW 5 Series is a smorgasbord of tech

Gear
Overdrive: The new BMW 5 Series is a smorgasbord of tech
Share this article
Next article

The 5 Series has come a long way since its debut in 1972. As the brand’s best-selling model after the 3 Series, the company has put in plenty of blood, sweat and tears into creating the best sedan it can offer its customers amidst the highly-competitive market. That’s beside the fact that potential owners are also increasingly turning towards crossovers like the X1.

This year, the German marque releases its seventh generation of the 5 Series, and it’s definitely grown into itself. Targeting the “business athletes” of today — which is a fancy term for go-getters armed with relentless determination and balls of steel — the car parallels its driver by being the ultimate business automobile with its sporty design and impressive range of technology.

And we really do mean impressive, because this car is a few tricks short of matching up to the USS Enterprise. While the driving experience in terms of handling, chassis and suspension of any Beemer has been widely acknowledged as more than remarkable, the cars have never been famous for being geeky on the inside.

With the new 530i and 540i, however, things have changed. After all, their names have an “i” in it, and we all know that automatically qualifies as being more technologically superior.

Equipped with the latest-generation iDrive system, you’ll get access to the usual works from the cockpit via a high-resolution 10.25-inch screen. The highly-intuitive operating system can be navigated through several ways, namely through the iDrive Controller, gesture control, voice commands or by the touch-screen display directly. On the generously-sized display, the panels are proportionately-sized so you won’t be fumbling around with your butter fingers while driving.

Heads-up displays aren’t revolutionary anymore, but on this 5 Series, it’s full-colour and has a 70 percent larger projection surface that displays everything you need to know — such as traffic signs, navigation instructions, and even the music track.

Then there’s the BMW ConnectedDrive, which is now more extensive in terms of convenience and comfort. Hate squeezing into tight parking lots? The Parking Assistant feature will not only detect empty spots, but also park the car for you. As for the problem of getting out of the lot, there’s the optional Remote Parking system, which manoeuvres out of it with the click of a button on the BMW display key. This means you won’t be banging those doors into pillars trying to squeeze back in again.

The new BMW 5 Series is also more smartphone-friendly, with Apple CarPlay making its debut (fully wirelessly, of course) and inductive phone charging, which only works for Samsung phones at the moment. Apple iPhone users will require a separate sleeve.

Then there’s the drive, and the 540i will remind you what proper German engineering feels like. BMW has been shedding the weight off its cars recently, and the two cars in the new BMW 5 Series aren’t exempt from this design concept — almost 100kg has been nixed. The newly-designed chassis is now more responsive, and the new inline-six single-turbo 3.0-litre engine drives the rear wheels to produce output in the range of 340hp and 450Nm — up 35hp from the current 535i model it replaces. In a zero-to-100kph hustle, the 540i only takes 5.1 seconds.

The entry model 530i is set to replace the current 528i, and will house Beemer’s latest turbocharged four-byliner. This 2.0-litre power plant makes the same 252hp and 350Nm of torque, up from the 528i inline-four’s 240hp. Acceleration to 100kph will take 6.0 seconds for this version. Both utilise the brand’s eight-speed Steptronic transmission.

Interior-wise, BMW features softer and really good smelling Dakota leather trim. Step in and it’s like you’re in a saddle shop. The plush 20-way ergonomic seats can morph into body-hugging buckets — should you wish to get serious.

BMW Luxury Cars BMW 5 series turbocharged Luxury Sedan Overdrive BMW 530i BMW 540i Business Athlete
Shatricia Nair
Managing Editor
Shatricia Nair is a motoring, watches, and wellness writer who is perpetually knee-deep in the world of V8s, tourbillons, and the latest fitness trends. She is fuelled by peanut butter and three cups of coffee a day.
Motoring Wellness Watches Beauty Style
Sign up for our newsletters to have the latest stories delivered straight to your inbox every week.