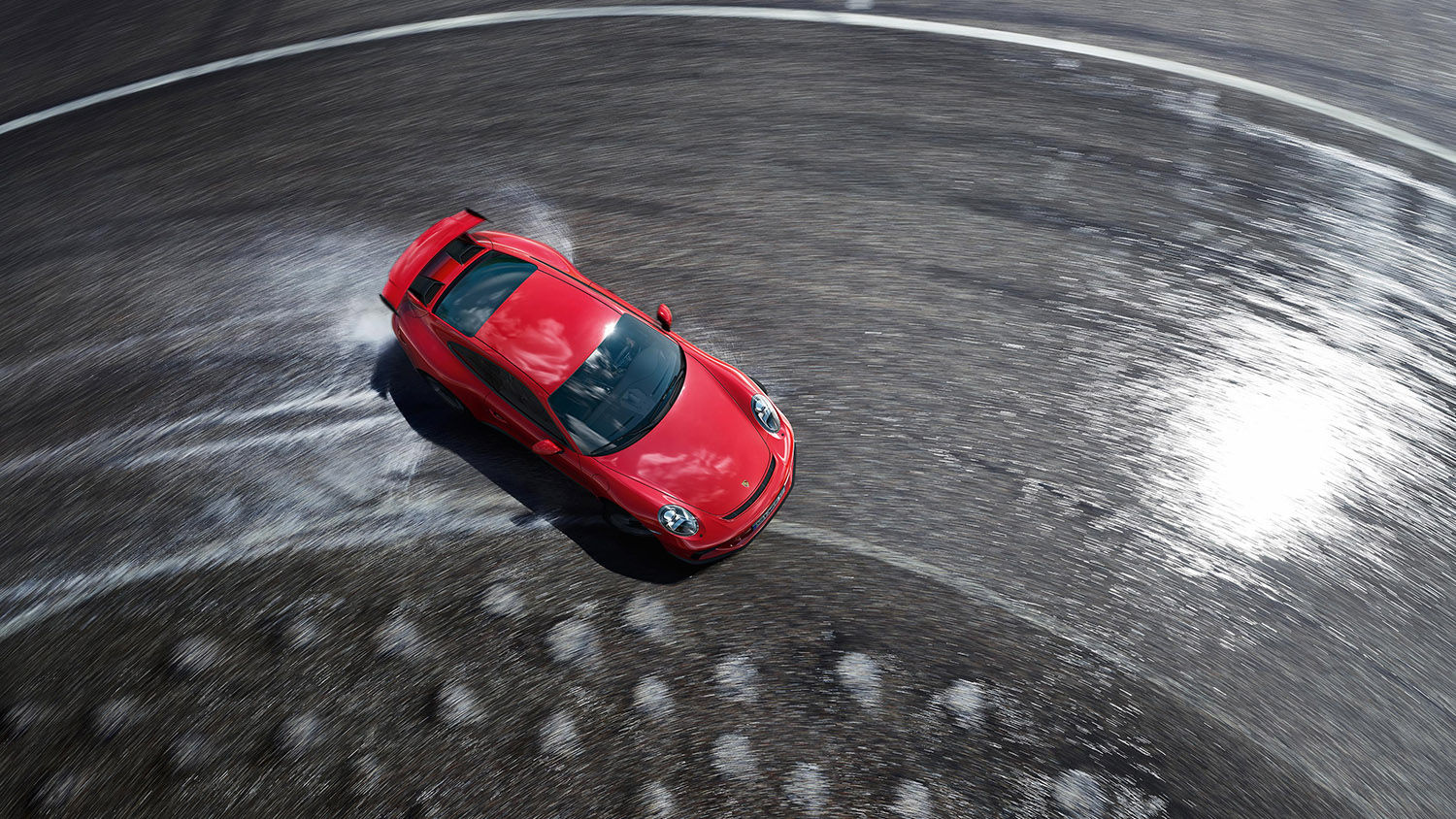 Porsche is back in business, and by business, we mean its legendary 911 GT3 model has been resurrected, and with a manual transmission to boot.

Yes, your eyes are not playing tricks on you. The 2018 model will still come with the brilliant 7-speed dual-clutch PDK gearbox — considered one of the industry’s best— but purists who put priority in the vehicle-driver connection over fastest possible shift times, will rejoice at Porsche’s latest decision.

Link that to a naturally-aspirated 4.0-litre flat-six from the R and GT3 RS models, and you’ll get a car that revs with very impressive tenacity. With the 500hp and 460Nm of torque produced, you’ll be flying to 100kph in only 3.8 seconds and eventually hit a top speed of 318kph — even with that large rear tail.

Top speed might be down by 1.6kph in the PDK version, but the dual-clutch is still faster in just about every other way. Expect acceleration to 100kph in only 3.2 seconds. That’s very fast, and creeping into the McLaren 570S’ territory.

This manual GT3 is such a big deal for two reasons. Firstly, performance cars of recent years have been implementing the automatic with paddle-shift transmission as standard because its notably quicker. The other reason is that drivers of these cars prefer automatic transmission.

Even so, Porsche has kindly kept the racing spirit alive by continuing to bless some of the top performing cars, such as the 911R and Cayman GT4, with manual transmissions. Now even more so with the GT3, and together with the naturally-aspirated engine, maybe, just maybe, its latest GT3 offering will set the pace for the other brands too.

Then there’s the rear axle steering — carried over from the previous car — which will work in perfect tandem with the dynamic engine mounts and electronically controlled limited-slip rear differential that will make cornering a cinch. This steering system will work with the front wheels, and depending on the speed, will turn the rear wheels in the same or opposite direction for optimum stability. As mentioned, this isn’t breakthrough technology for the GT3, but Porsche guarantees it now works even better than before.

Looks-wise, the GT3 is kitted with new aerodynamic treatments, such as its front spoiler, rear diffuser and carbon fibre rear wing. Step in and you’ll be greeted by two carbon-backed bucket seats, which can be traded for conventional sports seats, but why would you?

Porsche’s latest infotainment system will come with navigation and Apple Car Play functions, and should you wish to take this baby to the tracks, hit up the Track Precision App for track data analysis.

Cars will be delivered later this year, but as with special-edition Porsches, we bet this will be as just as sought-after. All you can do, really, is to put your name on the waiting list and pray. Prices will start from S$681,000 without COE.