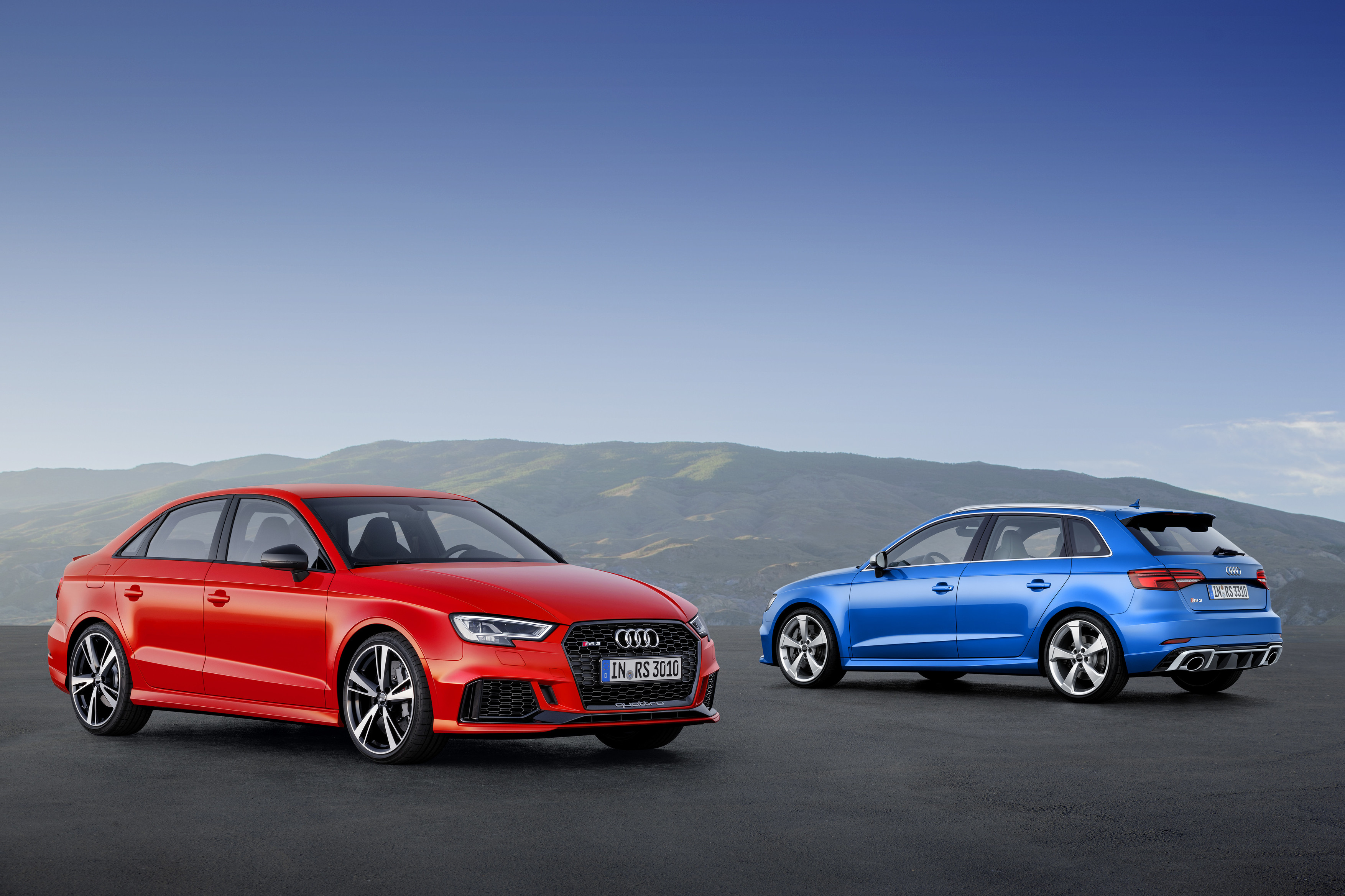 After some slight teasing and sneak peeks, the Audi RS3 has finally landed in Singapore — for the first time as both a saloon and as a five-door ‘Sportback’ hatch. The RS3 is also going to be the most powerful series-production five-cylinder in the world, so you’re going to want to sit up for this.

With 400hp on tap, the RS3 Sportback is now equipped with the same exotic output that was once reserved for the bigger, more aggressive boys. To put it simply, this is a hatchback on steroids. While the previous RS3 was nowhere near being a boring car, this one sees a redeveloped 2.5-litre turbocharged five-pot — borrowed from the Audi TT RS — slung under the bonnet.

Twenty-six kilograms lighter and capable of producing 33 more horsepower than its predecessor thanks to an aluminium crankcase, the 2.5 TFSI also has a maximum torque output of 480Nm even at engine speeds as low as 1,700rpm.

As the first compact notchback Audi with an RS badge, the RS3 Sedan is essentially an A3 that’s also given a power boost. While Audi keeps most of its family-friendly curves intact, extra vents up front, 19-inch wheels and a few huge exhaust outlets at the rear are included for good measure, a warning of sorts that this saloon wasn’t just made for school runs.

For their makes, the performance figures are actually rather impressive. A horsepower of 400 serves up an acceleration to 100kph in only 4.1 seconds, with a side of the five-cylinder roar. Top speed is electronically limited at 250kph, though if you have a go at the options list you’ll find one that pushes that number to 280kph.

Sitting an inch (25mm) lower than the A3, the Audi RS3 will be driven by the S tronic seven-speed dual-clutch transmission and Quattro permanent all-wheel drive. For a racey twist, carbon-fibre ceramic brake discs are an option for the front axle.

Because Audi doesn’t want you to forget this isn’t a regular S3 or hatchback, the interior has red stitching throughout, with contoured leather sport seats and RS logos throughout.

The RS steering wheel has a flattened bottom section for buttons so you can fiddle with the infotainment system easily. This also means you can turn up all 705-watts of the Bang & Olufsen Sound System without fumbling around.

As a nod to its “Racing Sport” lineage, a special screen puts the focus on essential driving information such as rev counter, tire pressure, torque, and g-forces. On manual mode, it’ll even prompt you to upshift when approaching maximum revs.