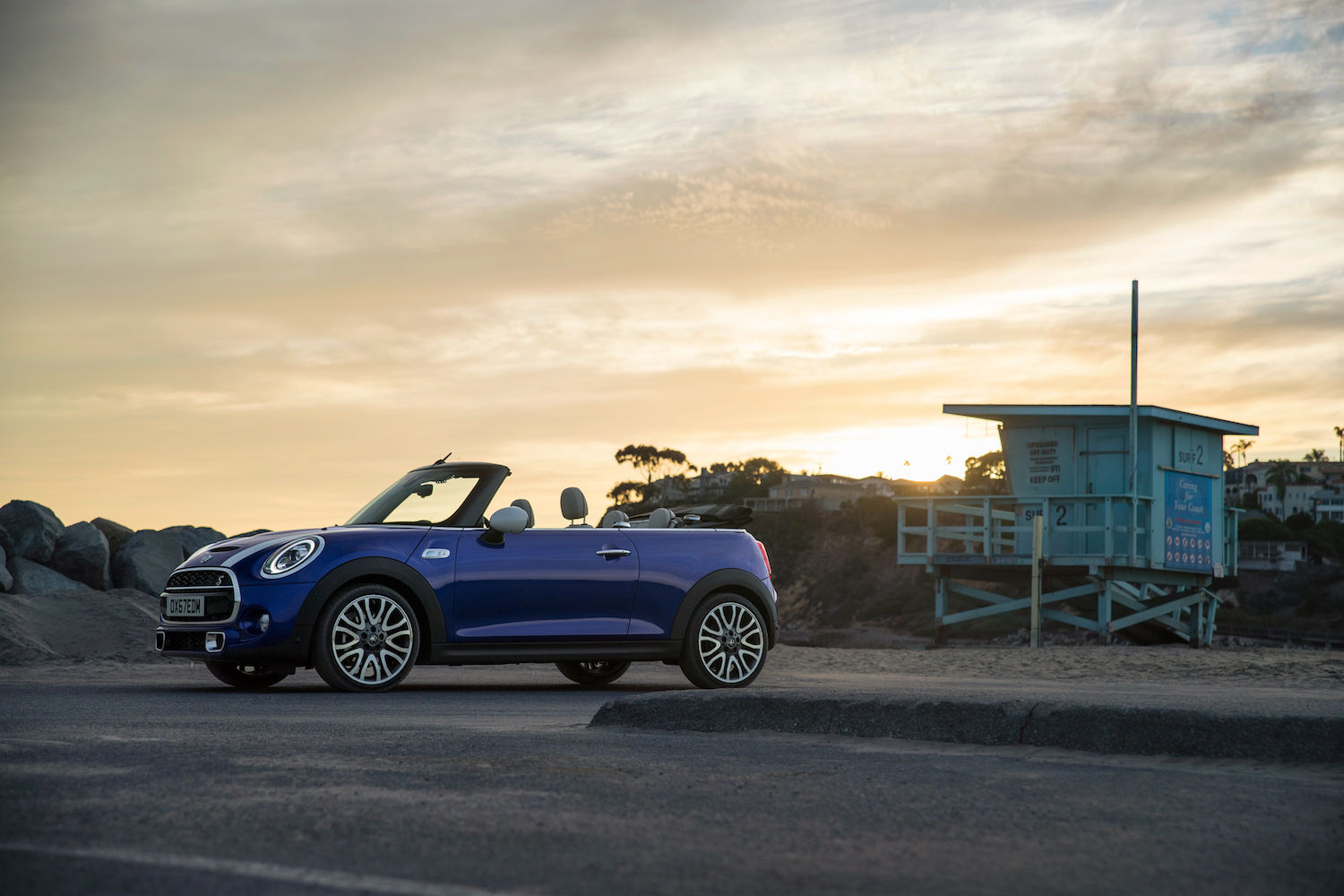 Review: the MINI Cooper S Convertible is a pint-sized bundle of big fun

Gear
Review: the MINI Cooper S Convertible is a pint-sized bundle of big fun
Share this article
Next article

With a 60-year history and huge expectations on its shoulders, the latest generation of the MINI Cooper S has plenty big shoes to fill. Thankfully, it doesn’t really have to try that hard. MINI Coopers are so extremely likeable, iconic, and well-versed in the art of joyful driving that this open-top and sportier iteration didn’t disappoint from the get-go. We say this with so much confidence because we recently took it out for a weekend (and thought twice about never returning it). Here’s why the MINI Cooper S Convertible is automotive perfection in a wonderfully small package.

Like every MINI, this convertible is big on performance. Flipping the bright red start-stop switch immediately fires up its 189hp 2.0-litre four-cylinder engine, a spunky powertrain that’s turbocharged and connected with a seven-speed Steptronic automatic transmission. It manages a hearty 189hp and 280Nm of twist, which is plenty for such a compact ride. The 0-100kph sprint for this S model is a zippy 6.2 seconds, but it’s not the straight-line speed that Minis are often praised for, it’s their go-kart like handling.

Now the convertible may not be as rigid as the hatchback, however it still handles surprisingly well. Precise turn-ins can be easily achieved and there’s always the feeling that you’re going faster than you actually are. It’s a testament of the car’s agility, and really adds to the enjoyment of driving in the city for once. Besides, we now live in a time when cars have become too fast for most roads, so being able to access a car’s full potential is a breath of fresh air, and most times better than constantly short-shifting as you try not to break any speed limits in first gear.

Driving a convertible in a city where the sun burns with such a reverence could be a deal breaker for many, but the MINI Cooper S Convertible has found the perfect middle ground with a partially retractable top — just like a sunroof. If you’re in the mood for a little breeze, dropping the top can be accomplished via the car’s remote control or an overhead switch inside near the reading lights. In a unique twist, it opens in two stages; the first creates the above-mentioned sunroof, whilst the second fully retracts the roof and stores it just behind the rear seats. It doesn’t store flat under a cover so visibility is slightly hindered here, but we got around to navigating just fine after getting used to it.

Inside, interior quality is top notch, with premium materials used throughout to make for a lovely spot to spend an afternoon cruising in. In paying homage to the car’s rich heritage, aircraft-like chrome dials add edge to the cabin, with Union Jack motifs throughout. The traditional large round central dial has now also been morphed into an infotainment screen that displays everything from the navigation system and driving modes, to your questionable song choices.

If you’re a millennial, this is the part which will perhaps excite you the most. As part of the fun and modern experience of owning a MINI, the British manufacturer has introduced the MINI Connected app, which allows users to unlock many features of the car remotely, even if you and your car are on the opposite sides of the world.

Scatterbrains will revel in the fact that this app will help you locate the car via GPS or by honking the horn in a massive car park. Those who absolutely detest getting into the oven equivalent of a car will find that the cabin ventilation function makes it easy to prep the car before you even leave the house. Other cool features include turning on the car’s headlights and the ability to lock or unlock the doors. The process can, on occasion, be a little slow depending on phone connection speeds, but it still proved to be very useful in many situations.

The car might be pint-sized compared to other cars on the roads, but it’s also surprisingly practical. The boot opens downwards unusually, but it’s actually a tribute to Austin MINI Coopers of the past. Still it’s a very versatile space, with multiple shelves within to better organise your belongings.

The rear seats can be lowered to provide 215 litres of boot space, but that takes a hit with the room down, which sees that luxury drop to 150 litres. While leg room is pretty sparse at the back, there’s plenty of room for tall drivers up front.

Driving in the city can be a stressful affair, but the MINI Cooper S Convertible managed to make traffic fun again. It’s an incredibly intuitive car and is eager to please, and will serve up a comfortable ride or exhilarating cruise depending on your mood.

On our drive, we put the car to the test on two very different roads — in the city centre on the way to class at Yoga Lab Raffles, and on quieter roads to dinner at Wheeler’s Estate — and both proved to be an easy drive, even on Sport mode. If there’s a car that was made just for folks who wanted to feel alive again, it’s the new MINI Cooper S Convertible.

MINI Coupe convertible MINI Cooper S Convertible
Shatricia Nair
Managing Editor
Shatricia Nair is a motoring, watches, and wellness writer who is perpetually knee-deep in the world of V8s, tourbillons, and the latest fitness trends. She is fuelled by peanut butter and three cups of coffee a day.
Motoring Wellness Watches Beauty Style
Sign up for our newsletters to have the latest stories delivered straight to your inbox every week.