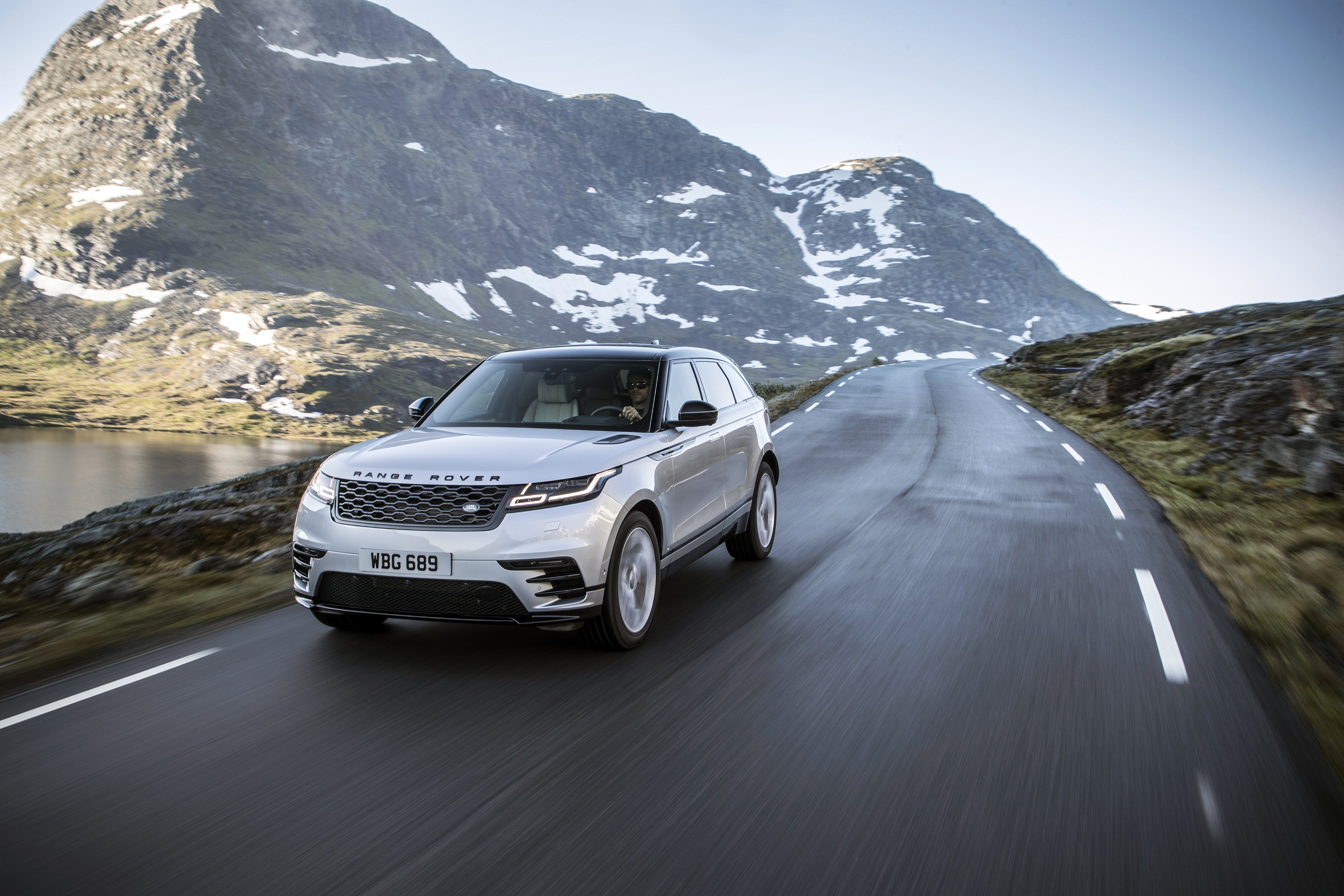 Review: The Range Rover Velar is a sight for sore off-roading eyes

Gear
Review: The Range Rover Velar is a sight for sore off-roading eyes
Share this article
Next article

We’re in Norway, standing on the tarmac at a small airport in Molde. The weather is perfect and the scenery is a far cry from smoggy buildings, but what awaited us took our breaths away — an entire shiny fleet of the new Range Rover Velar, silently gleaming in the Nordic sun. 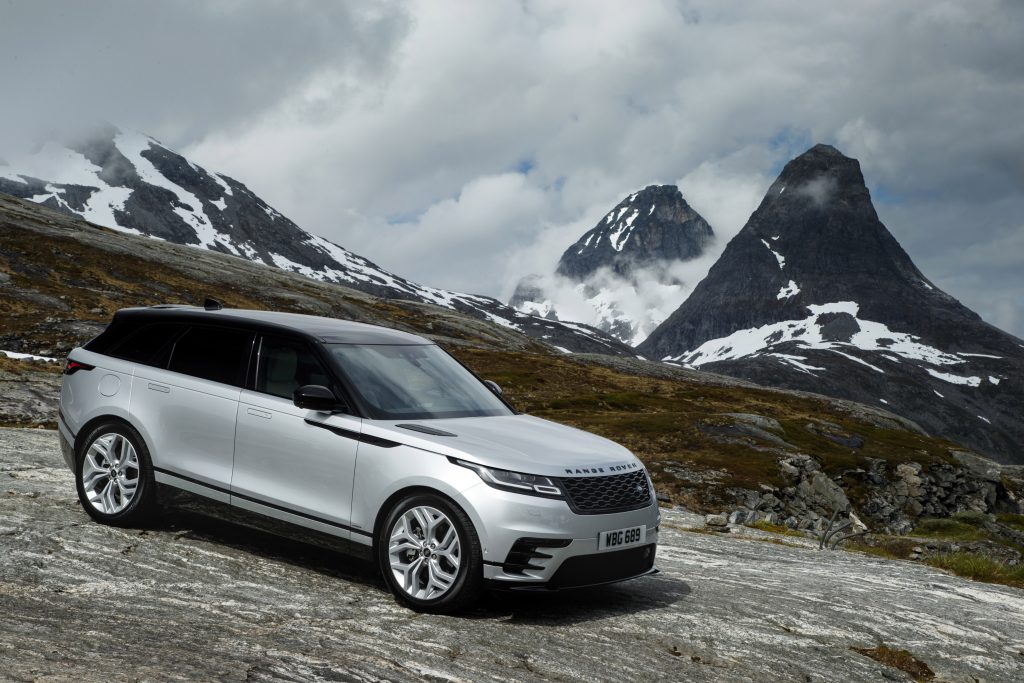 And boy, is it beautiful.

The Range Rover Velar is built on the same architecture as the Jaguar F-Pace, making it only an inch taller than the Evoque, but commanding far more grace. Gerry McGovern, Chief Design Officer for Land Rover, pared down the visuals for the Velar, adopting a less-is-more approach. Each panel is seamless, with the clamshell bonnet following the tornado line all the way to its tapered back end. Even the door handles lie flush (unlock the doors and they pop out), to avoid any visual interruptions, complemented by the concept car inspired Matrix-laser LED head lamps and tail lights. 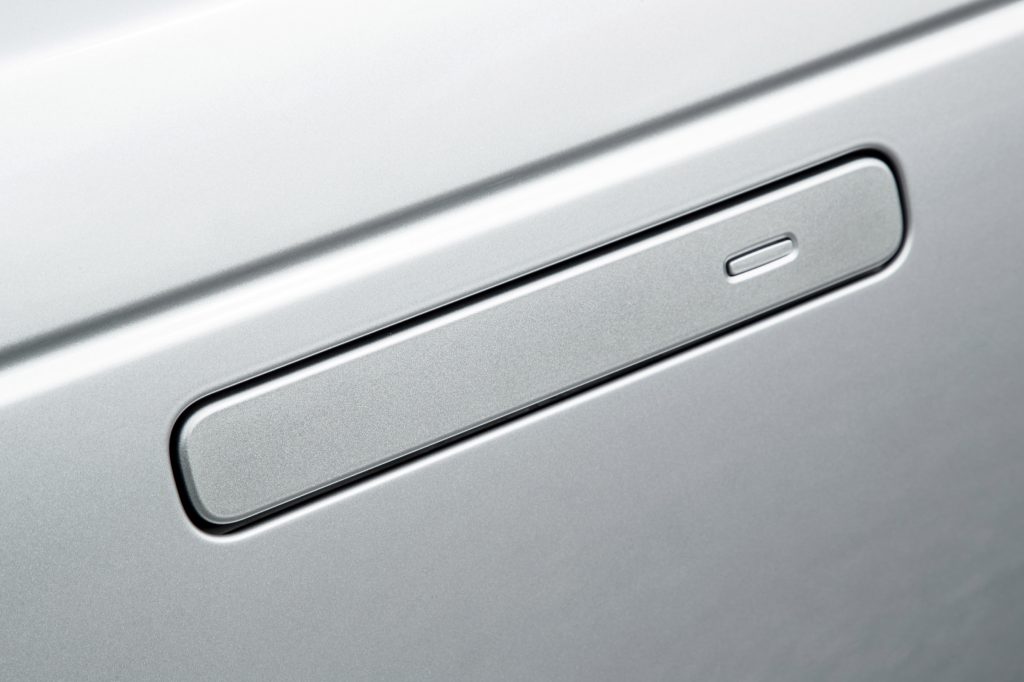 Sitting low, this particular mid-sized SUV is larger than it seems, with 43cm over the compact Evoque. Our favourite finishing touches were the 21-inch wheels (it fits up to 22-inches) and the twin chrome exhaust finishers, both of which provided just the right lick of attitude the Velar needed. Its stout stance also makes it the most aerodynamically efficient Land Rover ever produced, with a drag coefficient of merely 0.32.

But it’s what’s inside that counts

We know from numerous other motoring examples that attention paid to the exterior doesn’t necessarily follow through into the interior. We’re proud to announce that it totally does in the Range Rover Velar. 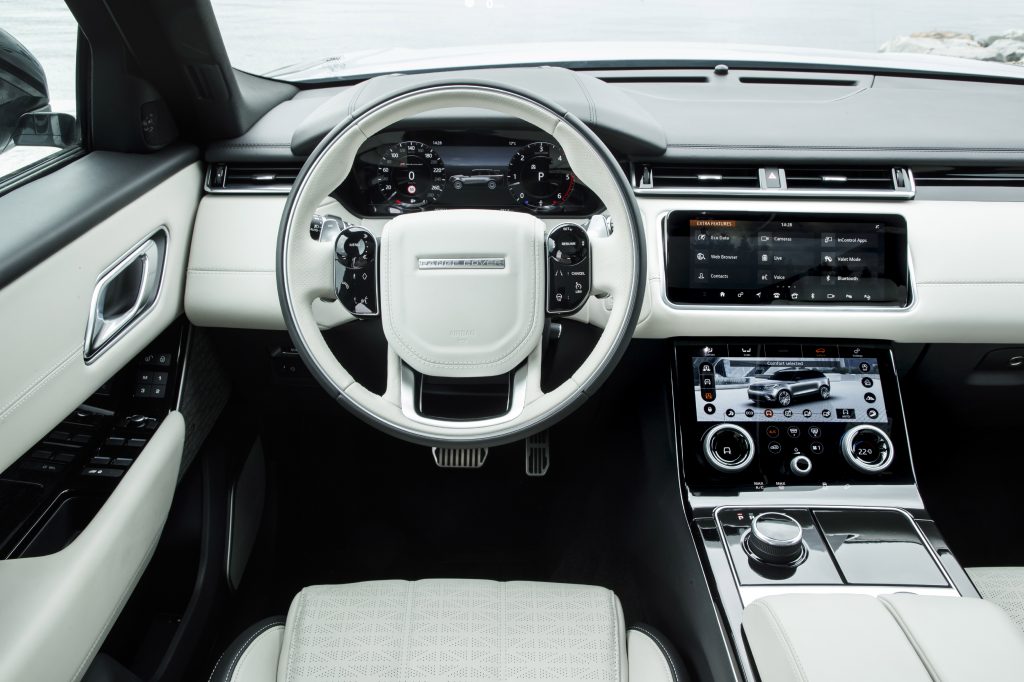 Shot gun passengers are treated to a field of horizontal lines, before interrupted by a burst of new technology from Land Rover. They’ve been shouting a lot about two new 10-inch touchscreens placed in the centre console, called Touch Pro Duo — and this is what you notice first. The top screen is easy to get used to, carmakers have had this in place for years, it’s the bottom one with terrain controls and various other controls that you’d need to master. But it’s beautifully placed on top of two tactile multi-function rotary controllers that crown the rotary transmission controller (which also pops up when you start the car).

You can also connect up to eight devices to the on board wifi hotspot. 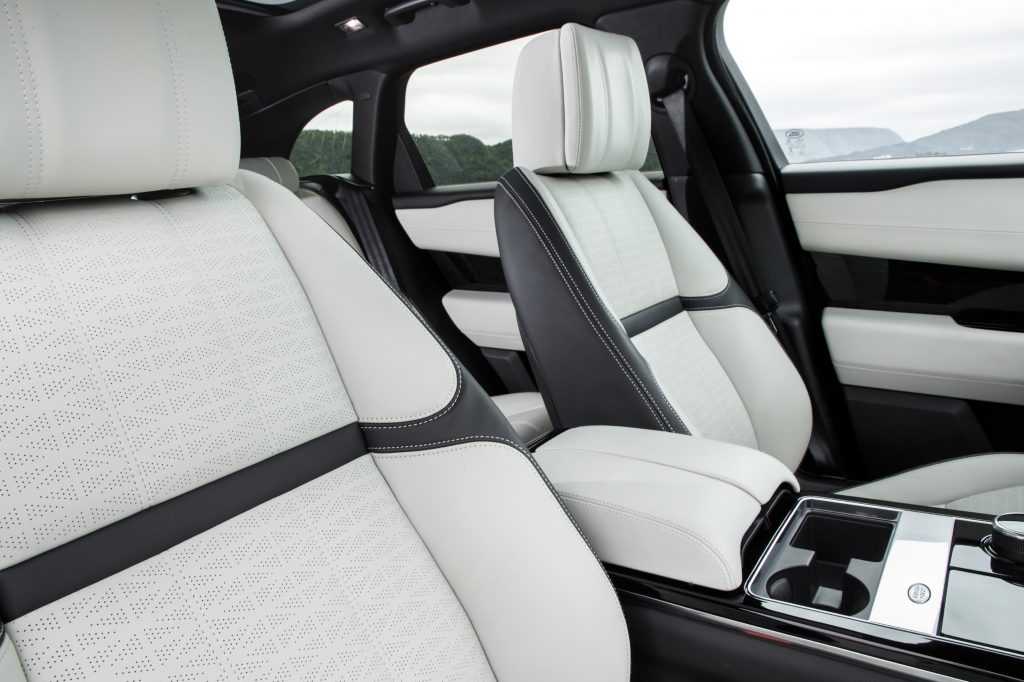 Our seats came with the new Cut Diamond signature design that’s perforated depending on the material. A Premium Textile option, developed in collaboration with Kvadrat, a European designer of high-end textiles, merges a wool-blend textile with Suedecloth inserts (Suedecloth being manufactured from recycled plastic bottles) as an alternative to leather. Should you choose the Cut Diamond design, it follows through the rest of the cabin interior, covering the Meridian 17- or 23-speaker audio system.

Fly away, drive away

Again, the Velar looks far larger than it handles, but it took no time at all to get used to. Ours was a supercharged 3-litre V6, riding a responsive wave of 450Nm of torque through hairpin bends, long easy turns and up and down hills and valleys. Steering is light and responsive, you have access to much of the 380hp to haul its 2-tonne weight through gravel. 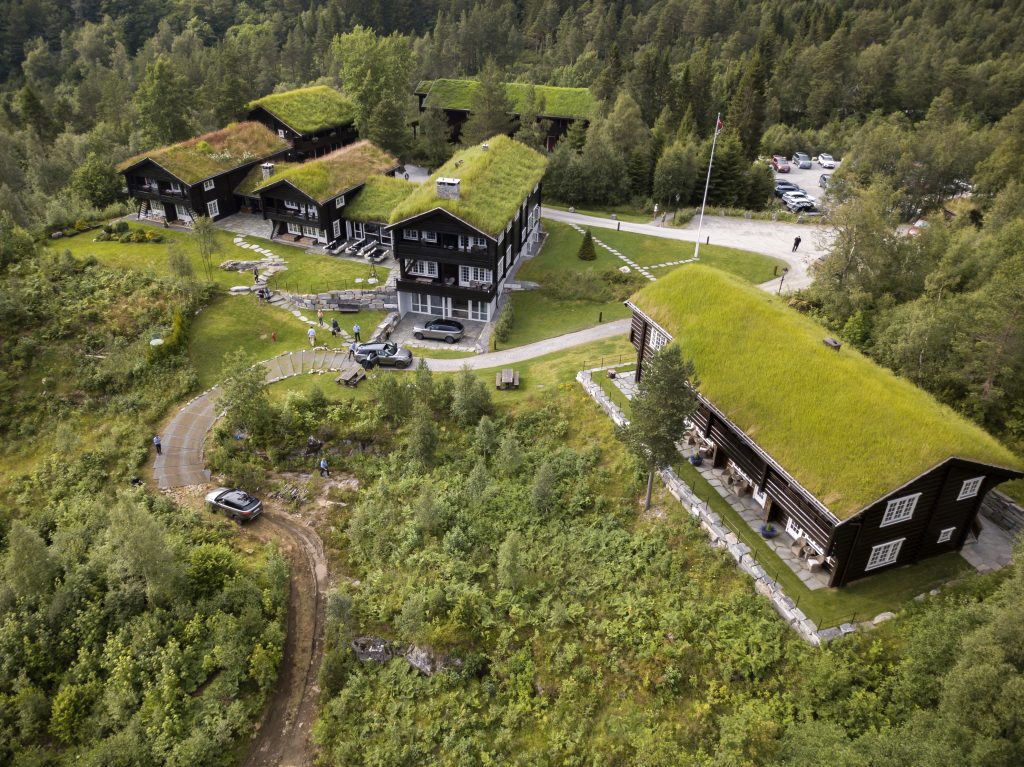 We played around the adjustable air suspension, just to see what difference it made. Eventually, we settled on the lowest, seeing how the pristine roads on our route deserved nothing less than a fully planted Velar.

Admittedly, getting to our night stop was a nail biting affair, akin to wearing Gucci boots for a hike through muddy McRitchie park. Our Velar was far too pretty to withstand the jagged, protruding rocks and slippery soil, surely? Couldn’t have been further from the truth. A few jabs at the Touch Duo Pro screens ensured the right terrain settings, and we might as well have been hiking on sturdy Timberlands. 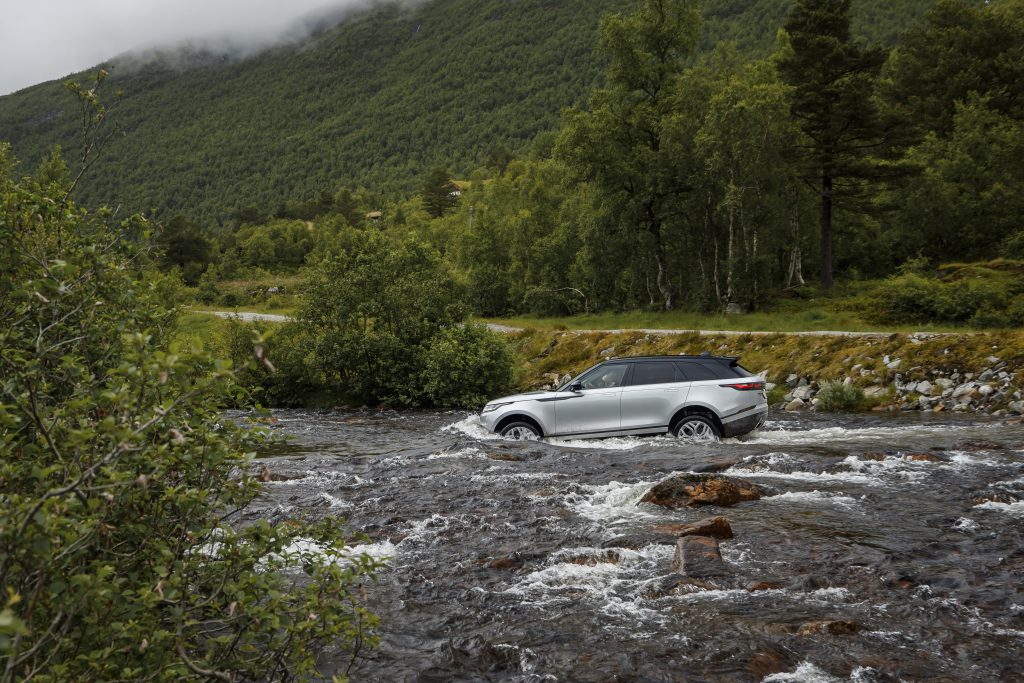 Range Rovers in this country tend to be driven by people who obviously want something a little more understated than say, a BMW X6, but it’s difficult to ignore something so large with a price tag of upwards S$400,000 for the Sport. Of course, the Evoque is the obvious alternative (starts from a far friendlier S$221,000), but for those looking for something less city-inspired, here’s where the Velar slips right in. Singapore is due to launch 7 different variants, starting from S$288,999 for the base model, and up to S$428,999 for the 3-litre petrol First Edition.