Home > Gear > Motoring > Review: the new Jaguar E-Pace is a handsome crossover with plenty to offer Gear
Review: the new Jaguar E-Pace is a handsome crossover with plenty to offer
Share this article
Next article

When the Jaguar E-Pace was first unveiled in 2017, the compact luxury SUV was catapulted into an already competitive segment, so it knew what it was getting itself into.

Thankfully, the Coventry-based manufacturer used this competition to its advantage, and the result is an SUV that feels sporty and — while compact — has the performance and presence of a big car. It did, after all, land a 270-degree barrel roll while travelling 15.3m through the air during its big reveal at the London ExCel Centre back then, setting the Guinness World Record for the “Furthest Barrel Roll in a Production Vehicle.” Well, it’s the only production car that has dared attempt this feat, but that’s not to the point.

The point is that the Jaguar E-Pace — besides being able to accomplish Hollywood stunts — is a striking vehicle that has plenty of grit and tenacity under its compact hood. Which is easy to see why it continues to be one of the best luxury crossovers in our books four years on.

The latest iteration sees enhancements both inside and out, alongside advanced connectivity that would make every drive an enjoyable one. Not to be confused with the I-Pace, its fully electric cousin, the E-Pace now also comes with mild-hybrid boost for all engines, but there’s also a plug-in version that’ll keep your fuel consumption low.

Read on for a review of the new Jaguar E-Pace: There are several design tweaks that you’ll appreciate with this version. Now more assertive than ever, the new E-Pace sees a revised lower aperture design with a blade element running through it. The grille sports a new mesh design with diamond detailing and frames the Jaguar heritage logo to give it maximum presence.

The bonnet is also more sculpted than ever, and the dramatic roofline accentuates a sense of motion and dynamism even at a standstill. Meanwhile, there are new LED headlights that you’d be hard pressed to miss at night, at least not with its ‘Double J’ Daytime Running Light. 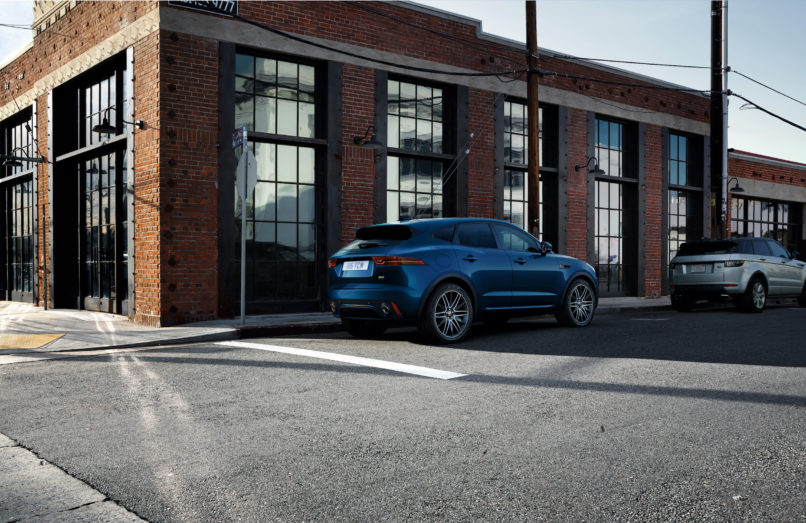 The bumper is lower at the back, and sees new slim horizontal blade finishers and all-LED rear lights that have been borrowed from the I-Pace, complete with Jaguar’s chicane graphic.

Twelve wheel options are available here, including four new diamond-turned designs for maximum flair. We recommend the 21-inch 10-spoke option with Gloss Black inserts and the Black Exterior Pack for a car that even James Bond would approve of.

The Jaguar E-Pace offers a dynamic driving experience in a practical package. In fact, this might just be the perfect vehicle for the city. The front-wheel-drive version that we drove (it’s also available in all-wheel-drive) provided more than enough grip for daily driving.

Its new peppy 1.5-litre turbocharged three-cylinder petrol engine that’s assisted by a mild hybrid delivered efficient and quiet cruising but was also capable of adequate acceleration under most circumstances. Linked to an eight-speed automatic transmission, it never stepped a foot wrong, and because it’s lighter than the four-cylinder option offers better efficiency and fuel consumption. Its configuration and features like the Watercooled Charge Air Cooler also do plenty to enhance efficiency and performance all day.

If it’s always amateur hour for you at the parking lot, there’s also has a 360-degree camera system which makes the E-Pace extremely easy to park. It provides views of the vehicle from above on the infotainment screen as well as from different vantage points, making it easy to take note of blind spots or that dreaded curb you always seem to caress with those rims.

Inside the Jaguar E-Pace Connectivity is as always at the heart of Jaguar, and the E-Pace is no exception with the latest 11.4-inch Pivi Pro infotainment system. We’ve waxed lyrical about it before (it’s what’s on the other Jaguar and Land Rover vehicles), mostly because it’s one of the easiest and most functional systems on the market now. Almost all the common tasks we wanted to access can be accomplished in two taps or less, so we didn’t have to fumble around to change the music, nor for the navigation or driving settings.

Machine learning helps the car learn about your journeys, so it’ll automatically display an estimated time of arrival based on current traffic conditions, or tailor routing based on the roads you usually like to take — unless there are known delays, of course.

Embedded apps like Spotify and Microsoft Outlook calendar also make day-to day life just that much easier. There is wireless charging for your smartphone and a Meridian sound system to enhance your entertainment pleasure. 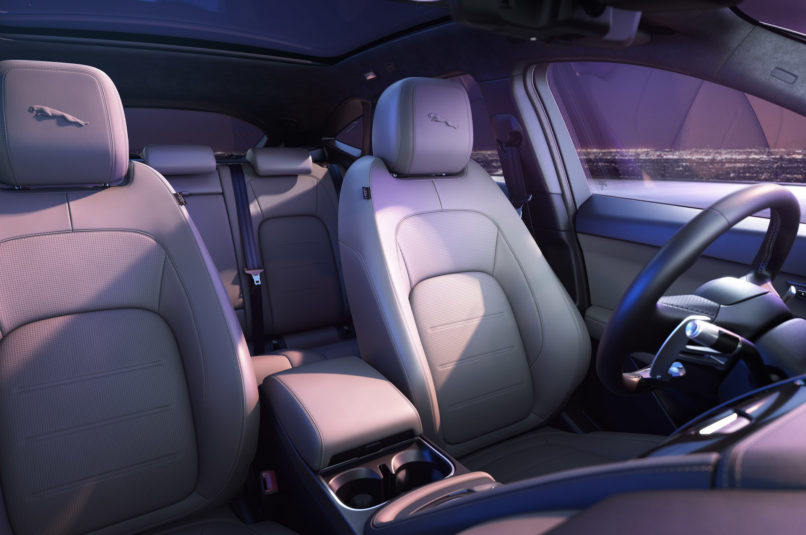 This tech is bolstered by Jaguar’s latest 12.3-inch HD Interactive Driver Display — which can be configured based on preferences and needs — as well as the Activity Key, an optional wearable that can lock, unlock, or start the vehicle without the usual key.

Those that suffer from allergies or breathing difficulties will be delighted to hear that they can equip the E-Pace with optional cabin air ionisation technology, which purifies the air by capturing airborne allergens so you’re always guaranteed fresh, unadulterated air. Just activate the ‘Purify’ button and you’re good to go.

It’s a yes. The Jaguar E-pace might be equipped with loads of tech and offers the same sporty Jaguar driving experience, but it’s also big on practicality. The car might be compact but it’s spacious enough up front, as well as in the rear where the back seats offer plenty of legroom for adults, so it’s a comfortable experience whether it’s a short hop around town or a long-distance road trip. 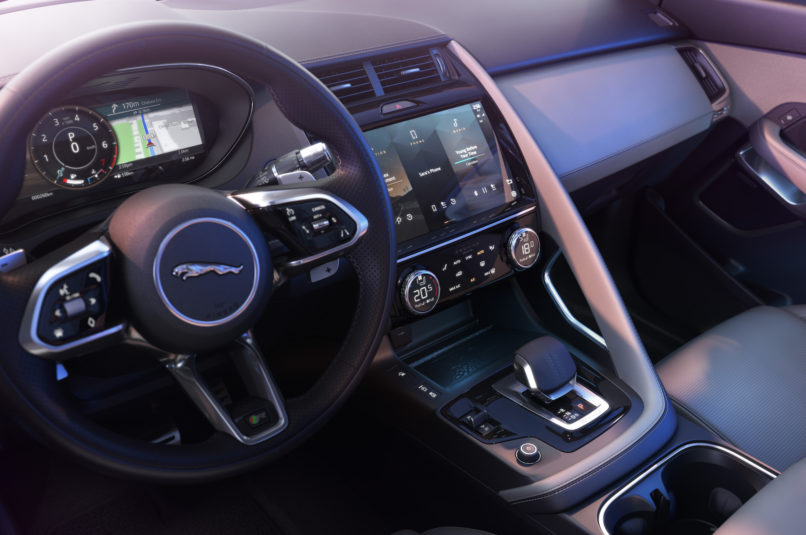 The boot also offers plenty of room with 494-litres worth of space for all your gear. Most importantly, the ride is always comfortable, perky, and most importantly, effortless. Which is something not all good-looking compact SUVs can boast about these days.