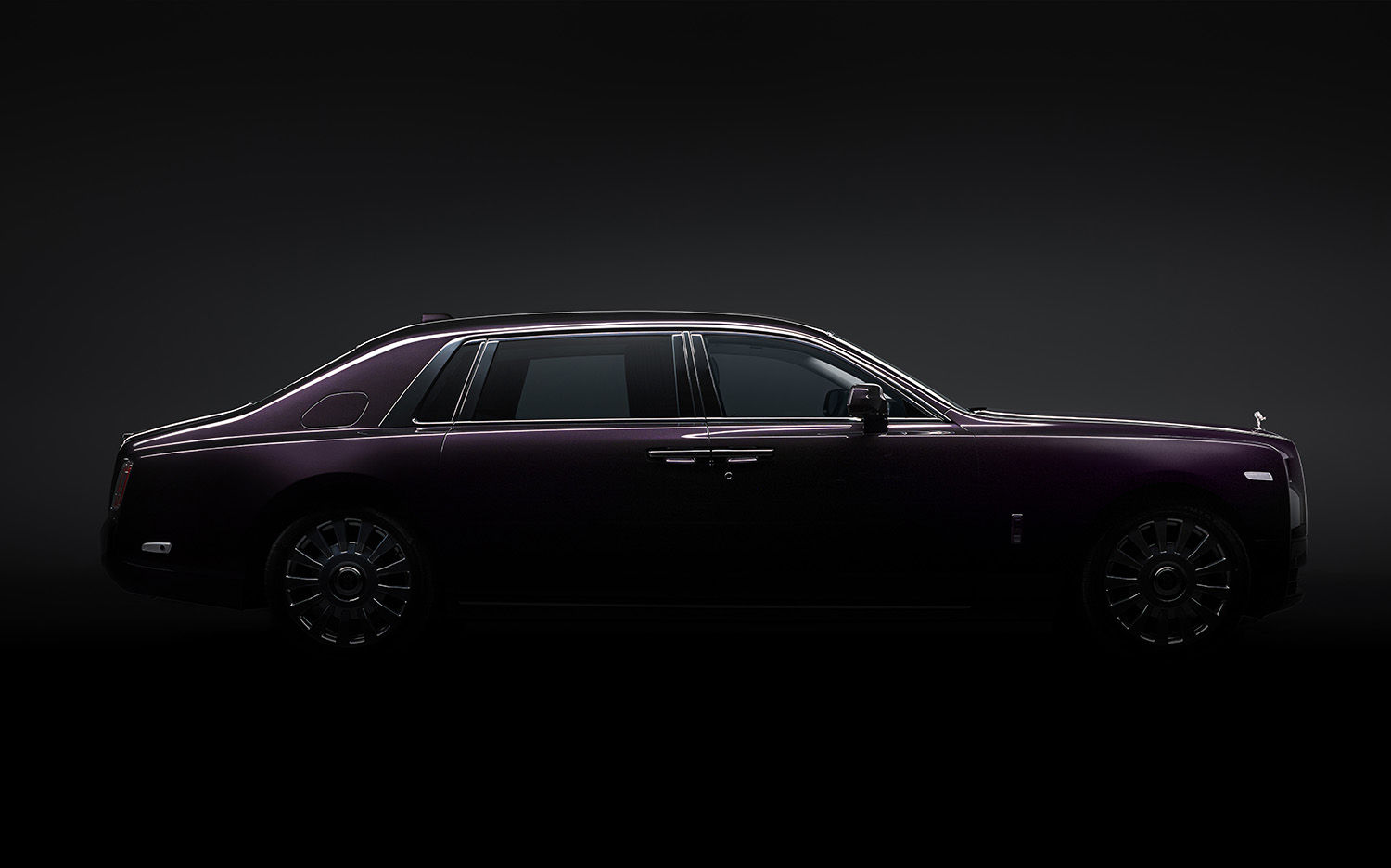 Rolls-Royce reveals its grandest luxury saloon yet: The Phantom VIII

Gear
Rolls-Royce reveals its grandest luxury saloon yet: The Phantom VIII
Share this article
Next article

When you buy a Rolls-Royce, you don’t just buy a car. The Spirit of Ecstasy has long been the symbol of prestige and luxury in the world of automobiles for decades, and has graced cars that have an impressive lineage.

Now, the gilded badge makes it way atop a brand new bonnet, and it’s from the marque’s largest and grandest car ever: The Phantom VIII. And it isn’t just a mere facelift for its eighth-generation saloon, because Rolls-Royce is building an all-new car — from the top to the bottom — for its latest flagship.

Given that the Phantom has a heritage so gilded, giving it a full makeover would’ve been a risky move on the car maker’s part, only because there was so much emotion attached to the previous iterations. After all, this was a car that has carried some of the world’s most influential — including royalty, rockstars and famous oligarchs — to defining historical moments over the century.

The good news is that the Phantom VIII is anything but lacking in emotion. Its smooth sweeping curves are still recognisable, but now disguise a myriad of sensors, such as the touch-sensitive one on the doors — so valets can let you out with the grace and poise you’re expected to embody. Giles Taylor, the design director behind the car, deserves credit for making such an old car look so fresh.

Inspired by the idea of the car looking as though it’s surging forward like a boat emerging from the water, he created the massive grille to be slightly recessed and pushed up higher than before. The front of the car is shorter and the back is longer, which helps push the dramatic lines forward and towards the front wheel. The rear glass is more aggressively raked too, furthering the illusion of a car being propelled forward.

The flagship will also be the first to receive the new all-aluminium space frame architecture that is destined for the rest of its cars from now on. Expect 30 percent more rigidity than the previous monocoque, which makes this Rolls-Royce even more comfortable and easier to handle — if that was possible to begin with.

Then there’s the new double-wishbone front axle, 5-link rear axle and four-wheel steering for a seamless, ‘Magic Carpet’ sort of ride no matter the driving conditions. Air suspension is re-tweaked via the Flagbearer, which sees a windscreen camera predict and prepare for varying road conditions instead of reacting as it happens.

As usual, don’t expect the Phantom VIII to be a voracious-sounding beast. Any Rolls-Royce worth its double R badge drives like a shadow in the night and this is no exception. To achieve ‘the most silent motor car in the world’ accolade, 6mm two-layer glazing, cast aluminium joints, and ‘Silent-Seal’ tires are only some of the many sound-absorbing features of the car.

Even though the car is now 10 percent quieter than its predecessor at 100kph, the engine remains a force to be reckoned with. A massive new 6.75-litre V12 is mated to an eight-speed gearbox for 563 horses of power. The silent twin-turbocharged engine is tuned to provide more low-end output at lower revs for an unfussed surge of power anytime the driver wishes.

The largest Starlight headliner yet will greet you as soon as you step in, as do the high-gloss wood panelling and angled rear seats that heat up while allowing you to talk to your fellow passenger without straining your neck. In conjunction with its more modern approach is ‘The Gallery’, which allows your dashboard to be adorned with specially commissioned artwork by an artist or designer, or with just about any leather, wood, silk or metal treatment.

Rolls-Royce Luxury Cars Rolls-Royce Phantom V12 engine bespoke car luxury saloon Rolls-Royce Phantom VIII flagship model Starlight
Shatricia Nair
Managing Editor
Shatricia Nair is a motoring, watches, and wellness writer who is perpetually knee-deep in the world of V8s, tourbillons, and the latest fitness trends. She is fuelled by peanut butter and three cups of coffee a day.
Motoring Wellness Watches Beauty Style
Sign up for our newsletters to have the latest stories delivered straight to your inbox every week.