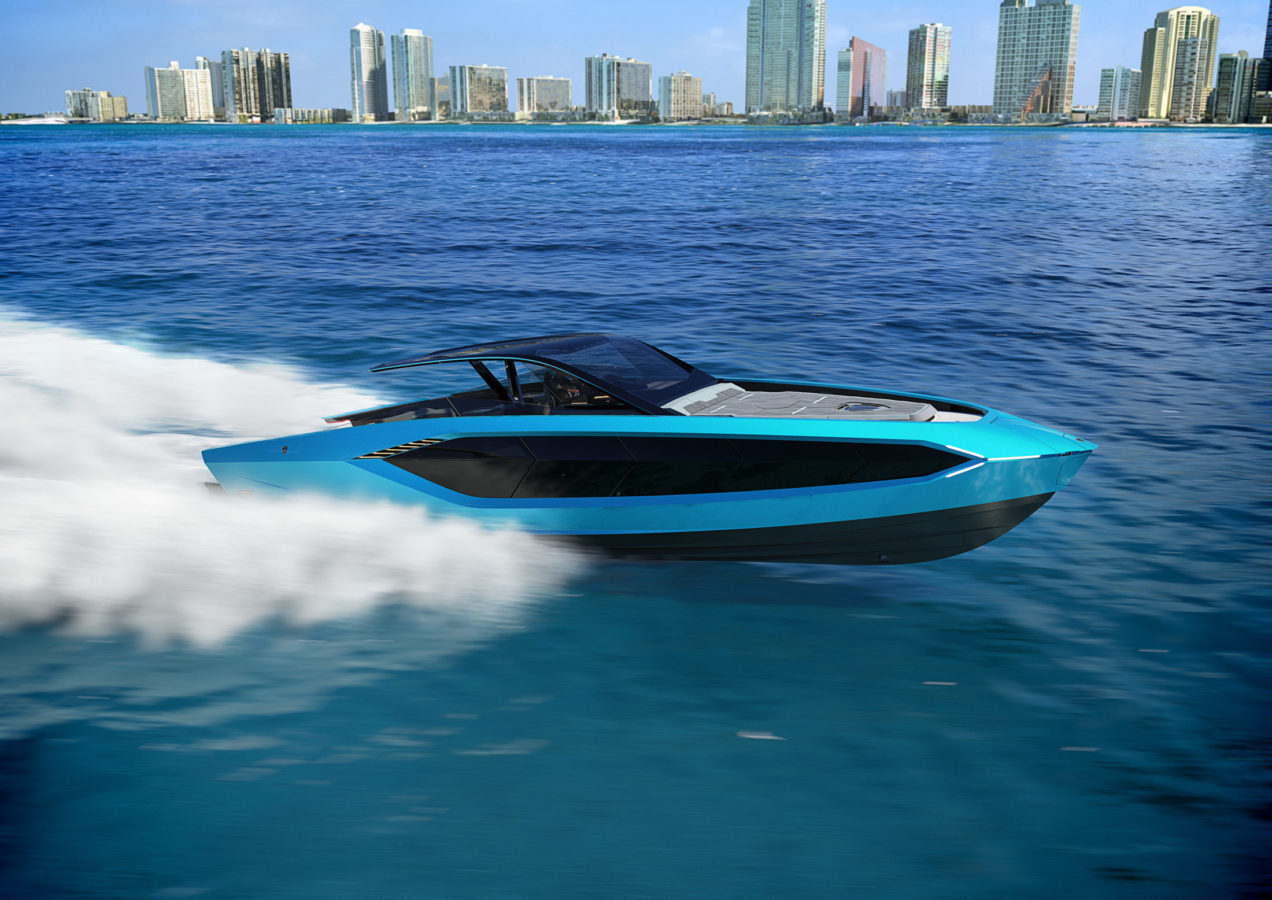 Lamborghini isn’t stranger to life on the fast lane, but it’s finally extending its need for speed beyond the tarmac to take over the seas too.

Named the “Tecnomar for Lamborghini 63” after 1963 —  the year Lamborghini was founded — the motorboat lives up to its supercar namesake for being capable of reaching speeds of up to 111kph, which is considered blistering for a motorboat that size.

Lamborghini’s extensive archives meant that the 63 had plenty to be inspired by, but it was ultimately two of its most futuristic cars that was selected: The Sián FKP 37, Lamborghini’s first hybrid supercar to use supercapacitator technologies, and the Terzo Millennio, a self-healing fully-electric concept. Both cars are equally out-of-this-world, and their sharp angular lines have been applied to the yacht’s hull and hard-top for aerodynamics and performance — even the bow sports the same Y-shaped front lights as both cars. As a little easter egg for fans, Lamborghini also incorporated subtle references to the Miura and Countach.

High-performance materials were also key, and the result is a yacht that weighs a mere 24 tonnes, thanks to the car manufacturer’s expertise on speed and lightweight components such as carbon fibre. Even so, it wasn’t a walk in the park for both marques; engineering for the high seas follow a different set of rules, so employing the design language of a car was a challenge that had to be overcome.

Of course, the bragging rights of owning a Raging Bull-badged superyacht could only be topped by the fact that it matches your Aventador or Huracan. Lamborghini’s Ad Personam programme will be available here to ensure that the same colours and materials of your car will be applied to the yacht. Two interior layouts will be available too depending on the client’s needs.

The driving experience extends to the automotive-style pilot cabin, which sees all navigation and monitoring systems fully integrated with carbon fibre and carbon skin. Even the captain gets a racy driver’s seat at the steering wheel, complete with the same “Start/Stop” button, only this time it fires up twin 2,000hp MAN V12 diesel engines instead of naturally-aspirated 6.5-litre V12s.

Only 63 (duh) of these will be made, and the first of the limited edition series will launch early next year.

You might also like…
Gear
The Ford Mustang Mach 1 returns after 17 years as a limited edition
Gear
Airspeeder’s electric flying cars are going to be the future of motorsports
Motoring Luxury Yachts Lamborghini
Shatricia Nair
Managing Editor
Shatricia Nair is a motoring, watches, and wellness writer who is perpetually knee-deep in the world of V8s, tourbillons, and the latest fitness trends. She is fuelled by peanut butter and three cups of coffee a day.
Motoring Wellness Watches Beauty Style