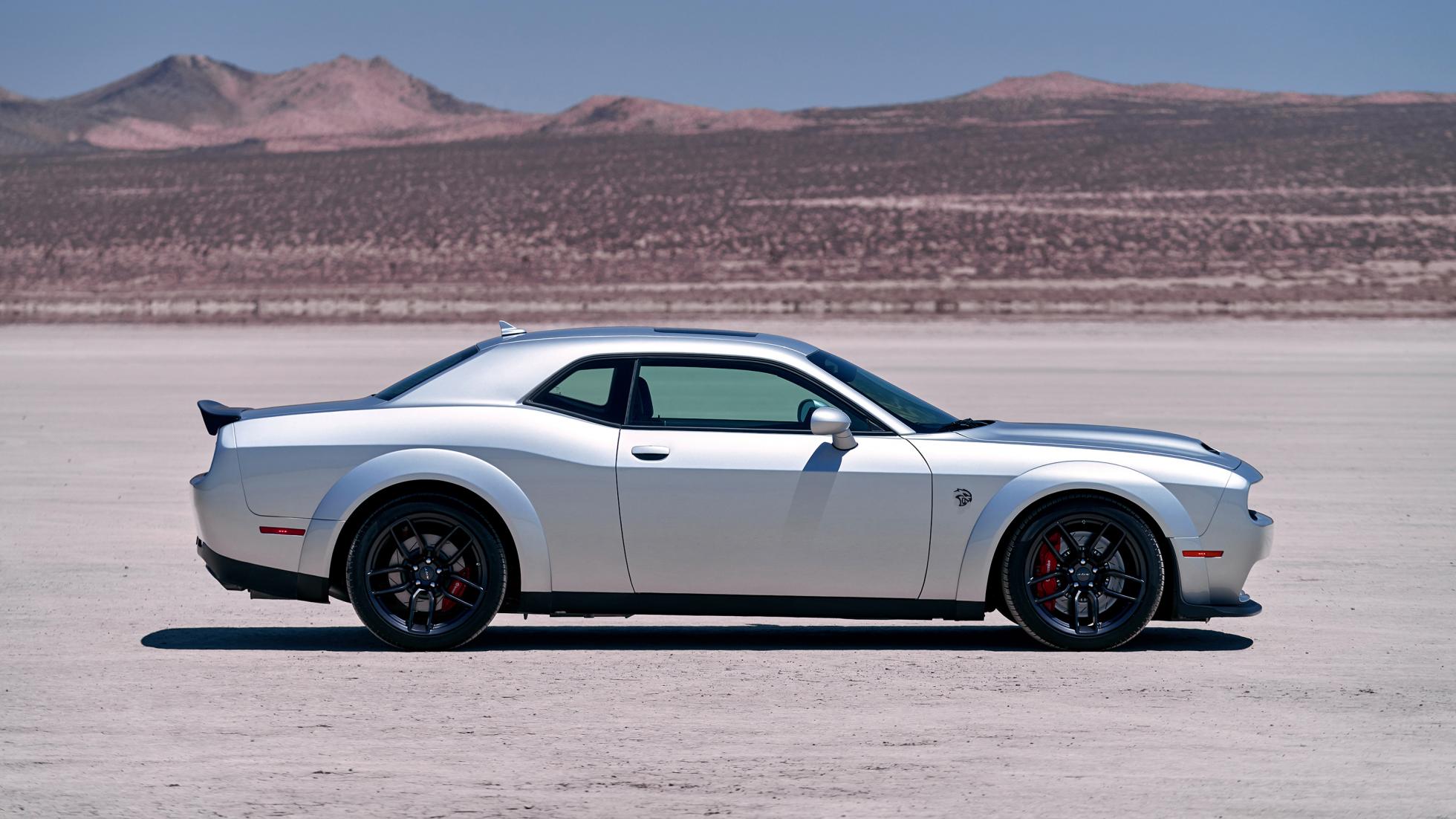 Talk about America’s most iconic symbols, and muscle cars are right up there along with hamburgers and the bald eagle. Made popular in the 1960s when drag racing became the quintessential American pastime, muscle cars started to also find their way onto driveways across the country. Many noteworthy models and brands might no longer exist today, but the few that have survived are carrying on the legacy of American engineering and aesthetic ingenuity.

Even as engines get smaller and increasingly eco-friendly, there’s still a niche market for that great V8, and of course the electrifying feeling that courses through your veins from its deep rumbling exhaust.

Here are some of the best new muscle cars to tear down the streets in this year. 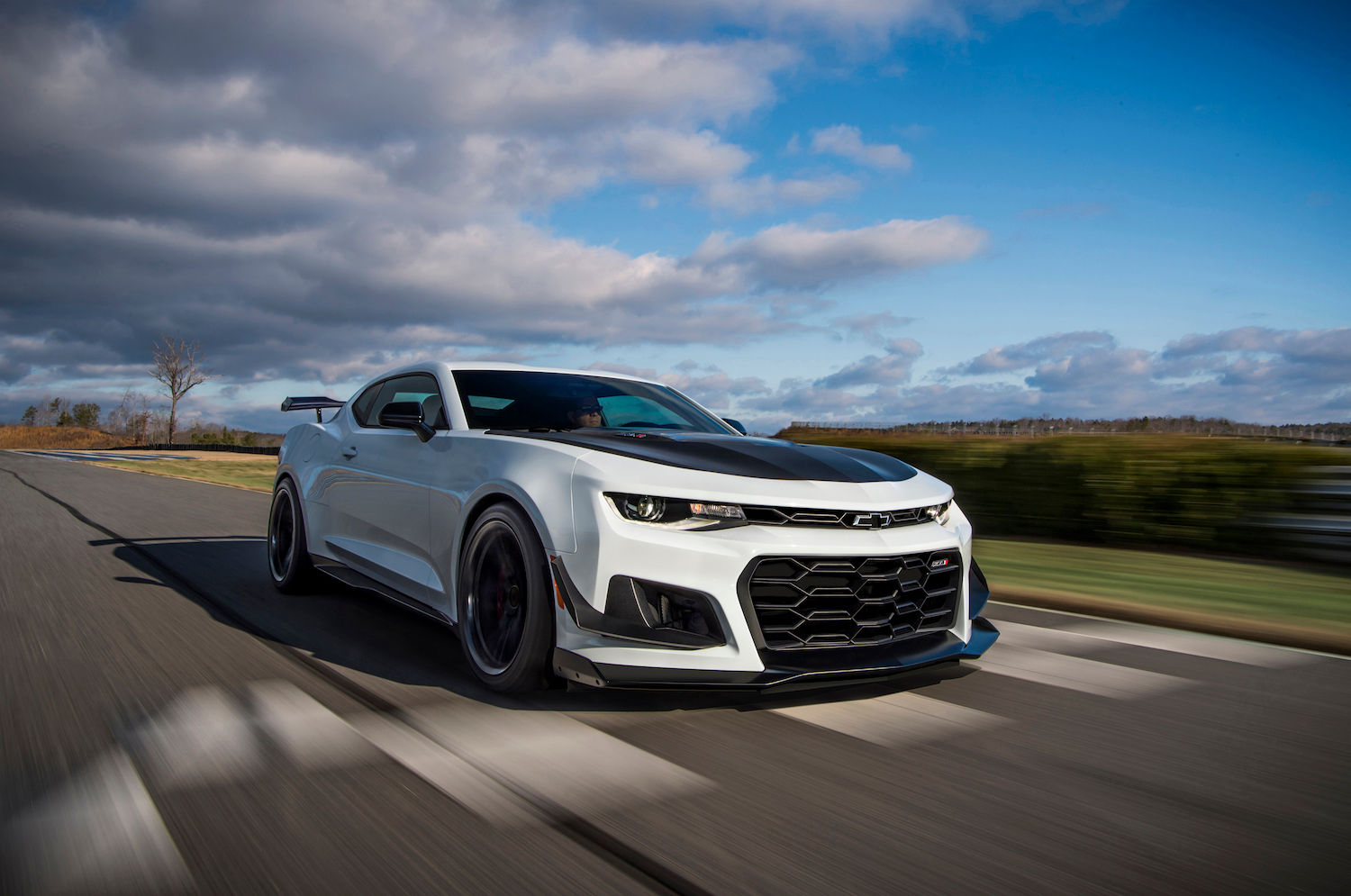 The Camaro has always been a unique proposition. Having debuted in 1967 as a rival to the Ford Mustang as a race-intended model, it had the same conventional rear-drive front-engine configuration, and would allow for a variety of power plants to fit in the engine bay.

Today, the powerplant you’d want to own is its top-of-the-line ZL1 model, which surpasses the already ludicrous Camaro SS to pack a whopping 650hp. This serious rubber smoking ammunition comes from its 6.2-litre V8, ensuring you do the 0-100kph sprint in a supercar-worthy 3.5 seconds.

While its trademark mug receives only minor updates, its interior sees technological improvements such as wireless charging ports, its new infotainment system, and safety driving features. 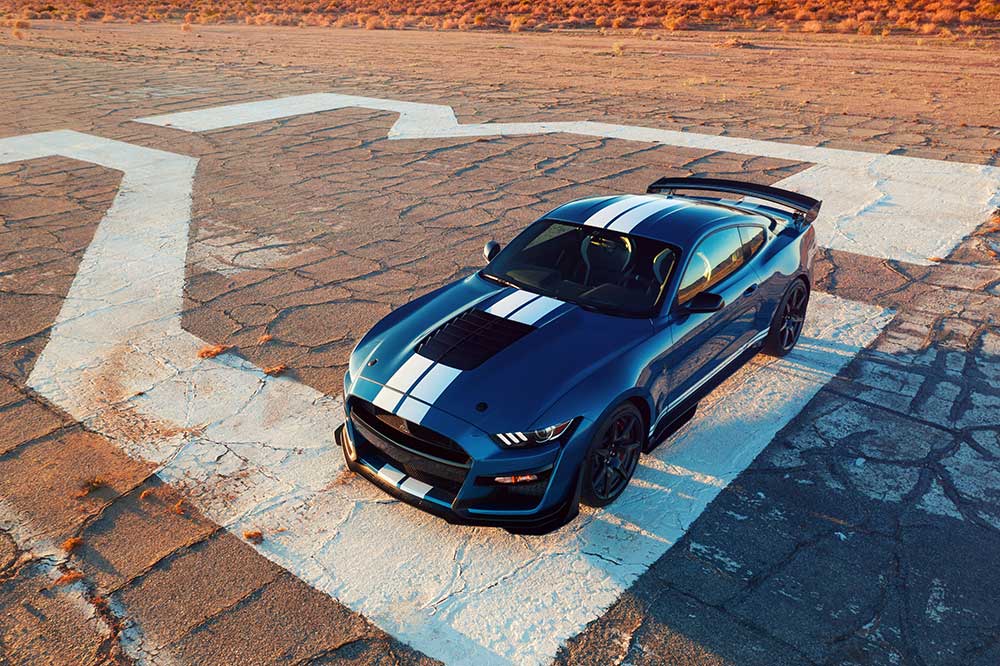 If you’re looking for sheer muscle, this is the most powerful version of the Mustang you can buy at your local Ford dealer.  A 5.2-litre supercharged V8 produces 760hp and 847Nm of torque — good for a limited top speed of 290kph and according to Ford a quarter mile time (drag race measure) of less than 11 seconds.

It may not be the most powerful car to make our list but it’s significantly lighter, which usually translates to better handling and acceleration times. It doesn’t hurt that the Mustang is one of the best-looking muscle cars on sale today. 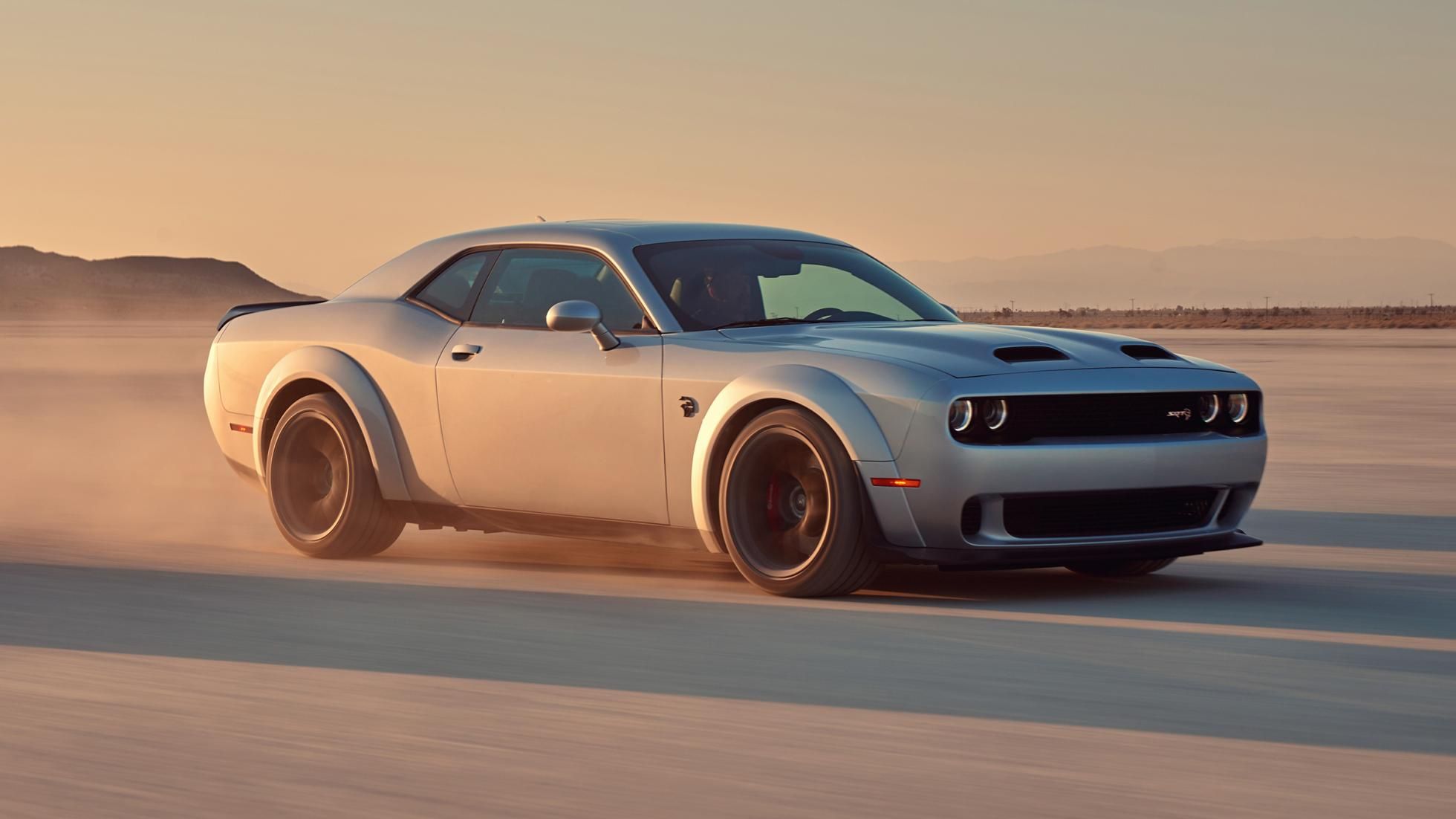 The new update to the range-topping standard production Hellcat is its most powerful yet. The 797hp Redeye might not generate as much roar as the limited-run Demon’s 808hp, but has an unlocked 843hp mode that you can tap into.

You’ll be wanting to take that stocking V8 to the drag strip with launch times of 0-100kph in 3.4 seconds, and quarter-mile runs in 10.8 seconds at 211 kph. The great hunk of muscle tops out at 327kph. Buyers can now also opt for a widebody spec, which creates an even greater road presence, not that you’d need it. 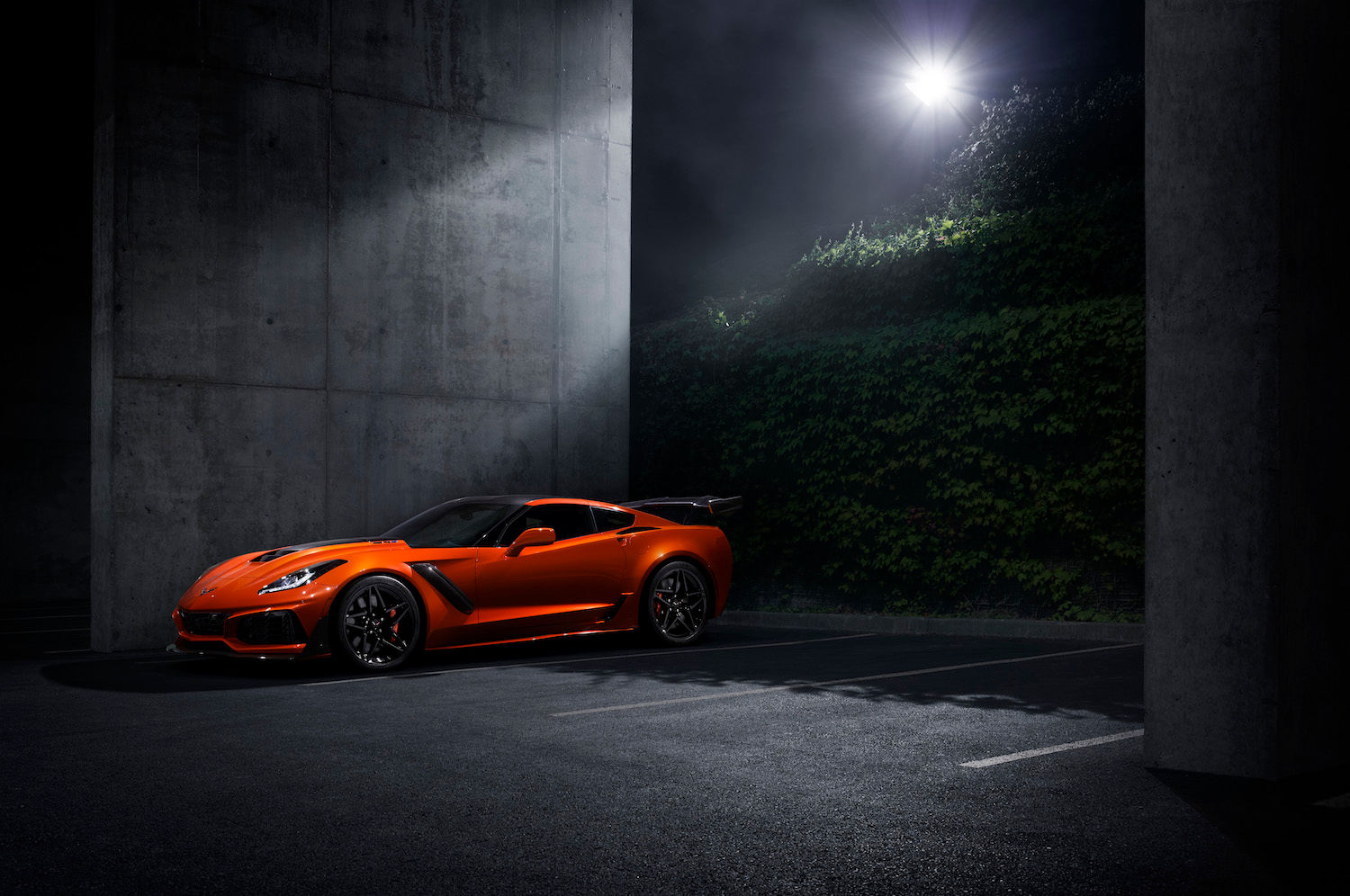 The Corvette has always been the pinnacle of representing America’s efforts in taking on the Europeans. The ever-powerful and track conquering ZR1 is an absolute rocketship, with a 0-100kph time of 3 seconds and a top speed of 341kph courtesy of a 750hp 6.2 litre supercharged V8 and some slick aerodynamics.

This is also the last year you can purchase a front-engined Corvette, as the next model arriving sees a change to the mid-engine layout instead. 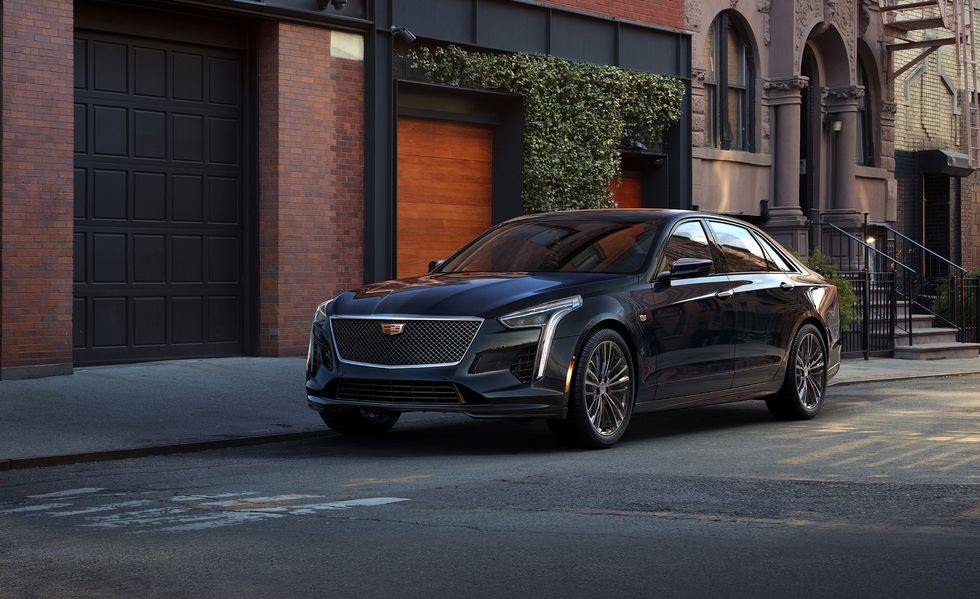 Cadillac may be considered a luxury brand, but their connection with General Motors ensures its muscle car heritage. It also means you can get a whopping 4.2 litre, hand-built twin-turbocharged V8 in a much more luxurious package than the other cars on our list. This four-door tank has 550hp and 847Nm of torque, which is enough for 0-100kph times of 3.8 seconds. Only 275 examples of this murdered-out car will be produced, so chances are this will be but a poster on your wall.

Motoring Luxury Cars Muscle cars
Shatricia Nair
Managing Editor
Shatricia Nair is a motoring, watches, and wellness writer who is perpetually knee-deep in the world of V8s, tourbillons, and the latest fitness trends. She is fuelled by peanut butter and three cups of coffee a day.
Motoring Wellness Watches Beauty Style
Sign up for our newsletters to have the latest stories delivered straight to your inbox every week.