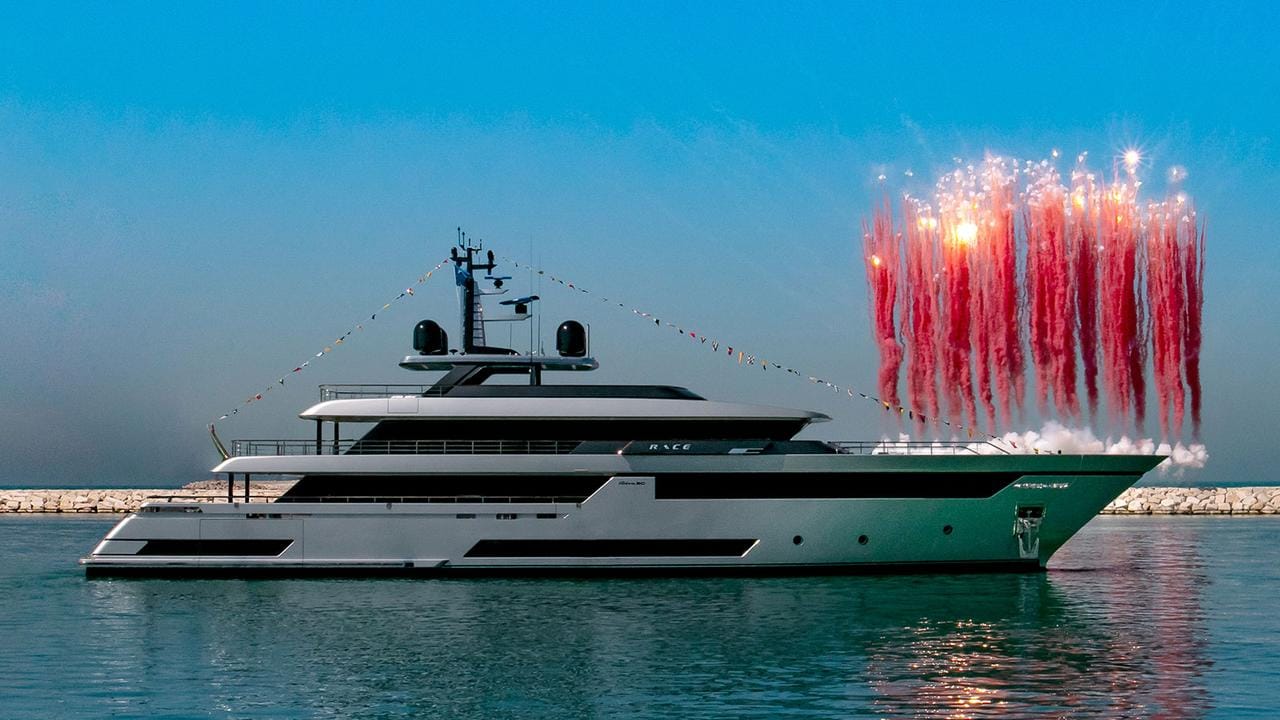 Riva’s sleek, mahogany-trimmed speedboats have — and always will be — the crowning achievement of the Italian yacht-builder, but the darling jet-set that’s been its main clientele will soon have something suitably bigger to look forward to.

Christened Race by her Italian owner, Riva’s first 50m superyacht is now a flagship of the range, and is also the largest Riva ever made in its 177-year history, heralding a “huge leap forward for the firm and the world of yachting”, according to Ferretti Group chief executive Alberto Galassi.

Riva does have big dreams indeed, seeing as its plans for the Superyacht series is slated to eventually stretch up to 90m. Like many of its other boats, the Venice-launched Race is the result of a collaboration between Officina Italiana Design, a studio founded by Mauro Micheli and Sergio Beretta. The duo has exclusively lent their designing chops to the entire Riva range, creating ultra-modern vessels without losing that signature Italian charm.

Here, the Riva 50m draws inspiration from Carlo Riva’s yachts from the early ‘70s, specifically the lesser-known Caravelle line, which saw vintage motor yachts that had an unmistakable character on the seas.

Thanks to its larger blueprint, the Race will see four decks that provide more than ample room for up to 12 guests. The main deck sees a master suite and VIP cabin, while the lower deck will house four other VIP suites. These will join other luxurious spaces such as a jacuzzi on the sundeck, and a stern garage large enough to store as many yachting toys as you could possibly need. With four cabins for the crew, you’ll have no trouble hosting the yacht party of the century.

As a semi-customed yacht, the Riva 50m will be able to accomodate interior design input from its owners whenever necessary, a feature previously not available to smaller Rivas, signalling a new era of glamorous sailing for the storied yachting manufacturer.

Motoring Luxury Yachts superyacht Riva
Shatricia Nair
Senior Writer
Shatricia Nair is a motoring, watches, and wellness writer who is perpetually knee-deep in the world of V8s, tourbillons, and the latest fitness trends. She is fuelled by peanut butter and three cups of coffee a day.
Motoring Wellness Watches