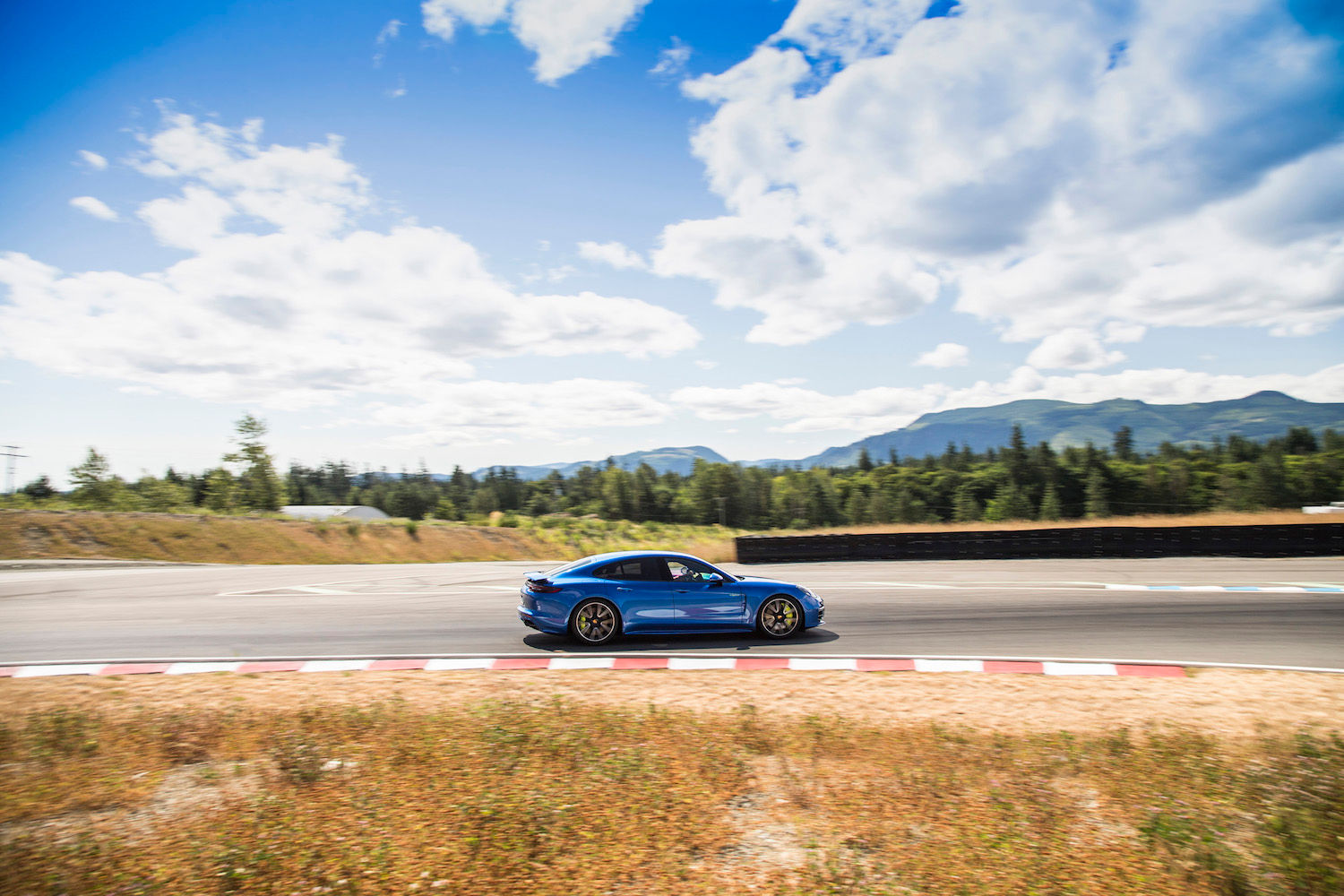 These are the fastest four-door coupés on the roads today

We’ll start off by admitting that four-door coupés are sly marketing tactics that manufacturers have come up with to give their saloons a sexier edge, but there’s no denying that these are inarguably some of the sleekest, best executed four-door cars around.

Coupés — two-door cars by definition — have long been recognised for being infinitely more attractive and fun to drive, despite also being largely impractical. In a world where crossovers make up for almost half of the car population now, it was only a matter of time before firms also applied the sleek swooping rooflines and sharper driving dynamics of a coupé to versatile four-door rides.

Paradox or not, there’s no denying the charm these four-door coupés bring to the roads. From Mercedes-AMG’s asphalt buster to BMW’s soon to be released Gran Coupe, here are the fastest models you can get your hands on today. 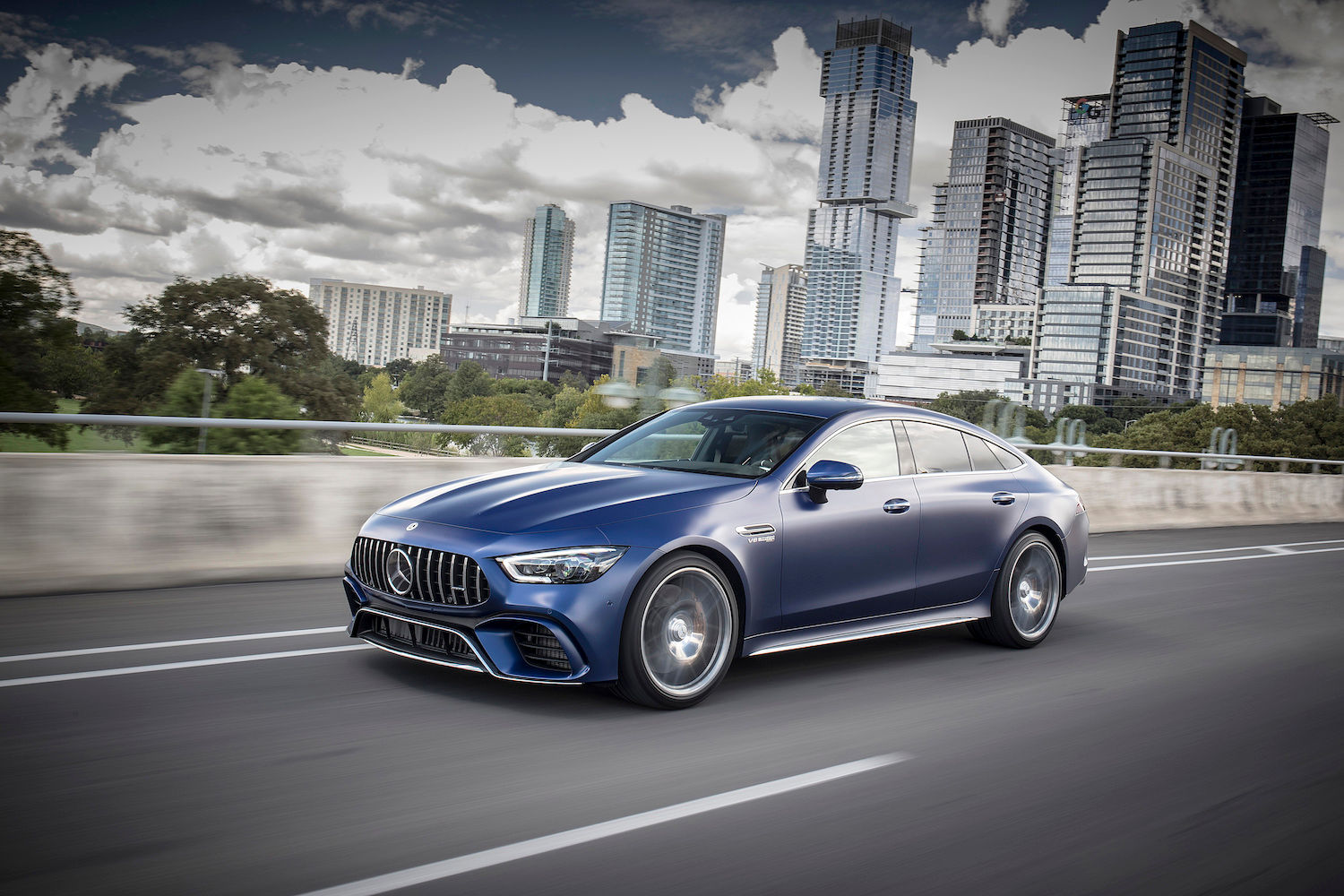 Pedigree race-bred genes and Mercedes-AMG are two things that often meet in the same sentence, but practicality is often left out of the equation. This year, Mercedes-Benz’s aggressive tuning counterpart has taken the last point into serious consideration with the new GT 4-Door Coupé.

Mercedes-AMG has proudly assured us that the car is independently developed by the brand and not a souped-up version an existing Mercedes, so we’re expecting plenty of greatness. The model debuts with a two-engine lineup, but it is the familiar AMG 4.0-litre V8 biturbo engine that guarantees a bigger ruckus with 639hp and 900Nm. It’s also mated to the AMG Speedshift nine-speed automatic gearbox and 4Matic all-wheel drive system, and has ‘drift mode’ as standard. In other words, this is a car that’ll make you feel like a kid again.

0-100kph is claimed in 3.2 seconds here, before hitting its top speed of 315kph. While this isn’t unprecedented numbers for the marque, it’s important to remember this is a purpose-built car that accommodates folding seats and children’s prams, even if it looks far from it. 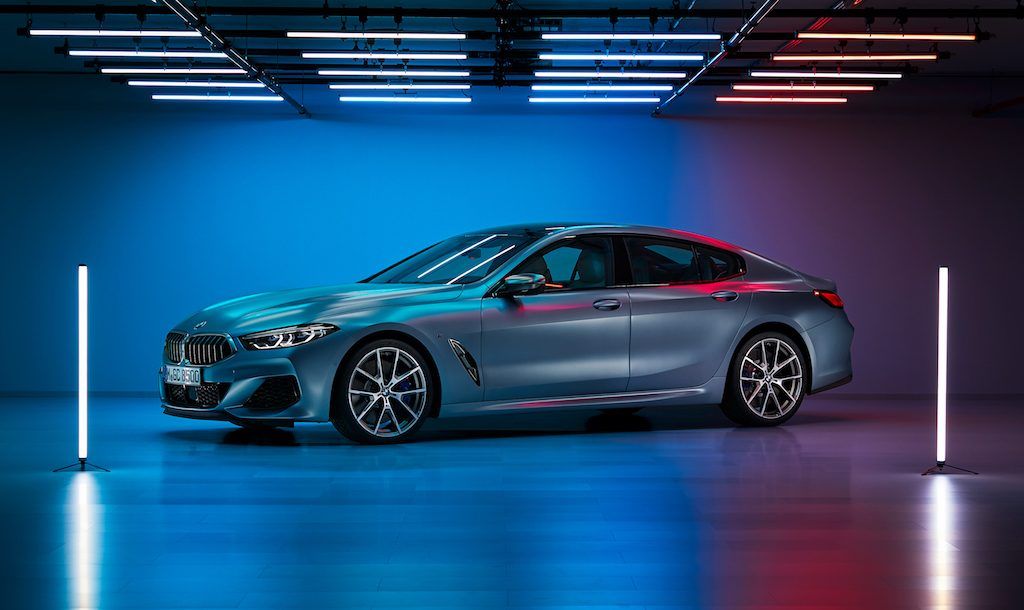 You saw this here first; hot on the trails of the M8 coupé and convertible, BMW has let loose its Gran Coupé iteration, which will be unveiled officially tomorrow. Essentially the spiritual successor for the 6 Series gran Coupe, this model sees a largely similar front end as the 8 Series, but with a sloping roofline that extends out to a elegantly elongated rear.

The Gran Coupe iteration will likely feature the same engine range too — expect a 4.4-litre twin-turbo V8 and eight-speed automatic gearbox combination that pushes 523hp and 750Nm to all four wheels. As per regular protocol, a range-topping M variant is in the pipeline. 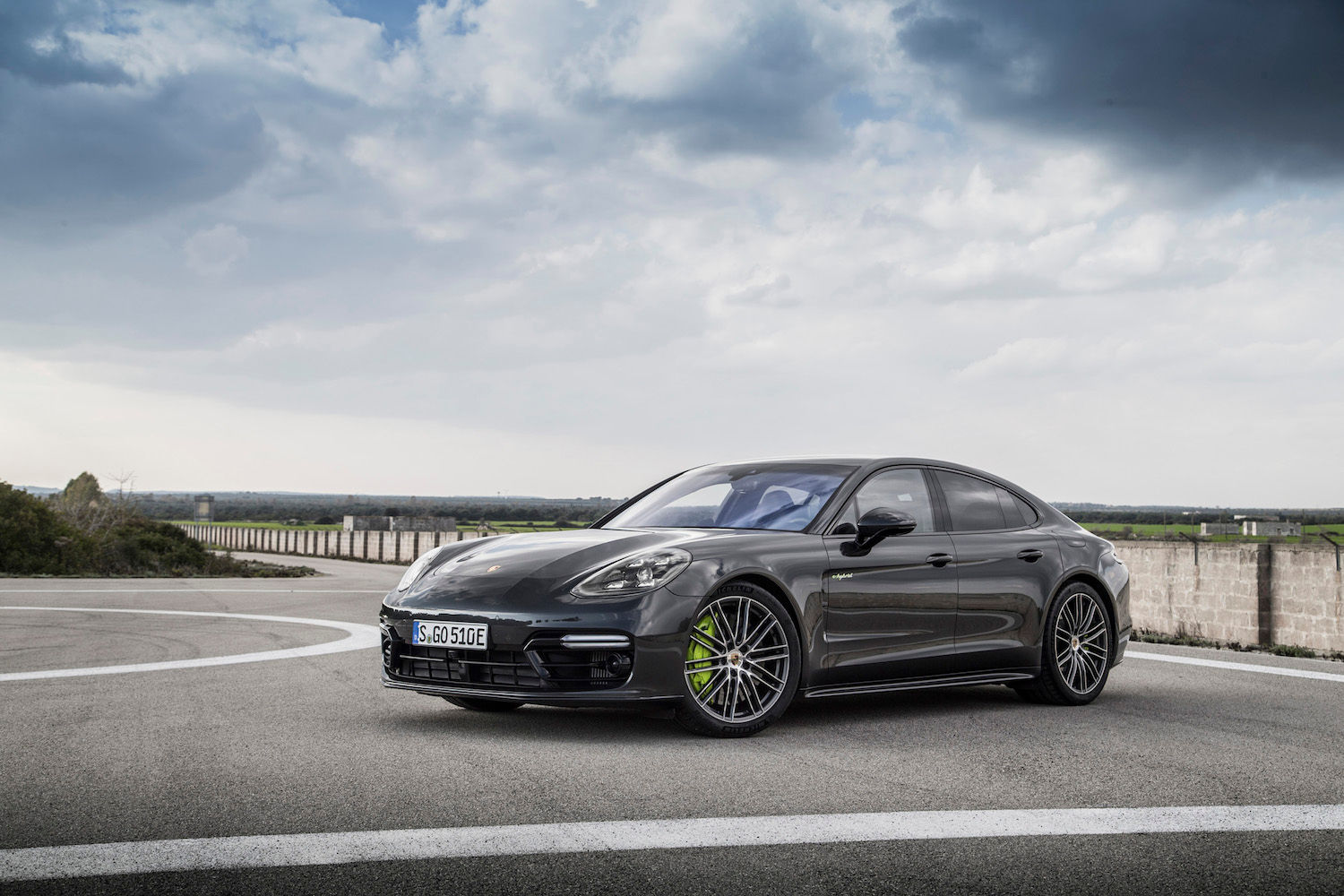 No surprise here that Porsche’s newest flagship saloon is also its fastest Panamera ever. In keeping with the times — it’s officially cool to drive a hybrid — Porsche has put a little electrication into its Turbo S, giving its 542hp 4.0-litre twin-turbo V8 a little boost by way of a 134hp electric motor, putting the math at 671hp and almost 850Nm of torque.

Expect a dramatic push of power and immense grip from the all-wheel-drive system here, as well as predictably engaging handling with enhanced steering from the Stuttgart manufacturer, making it a worthy competitor of the Mercedes-AMG mentioned above. 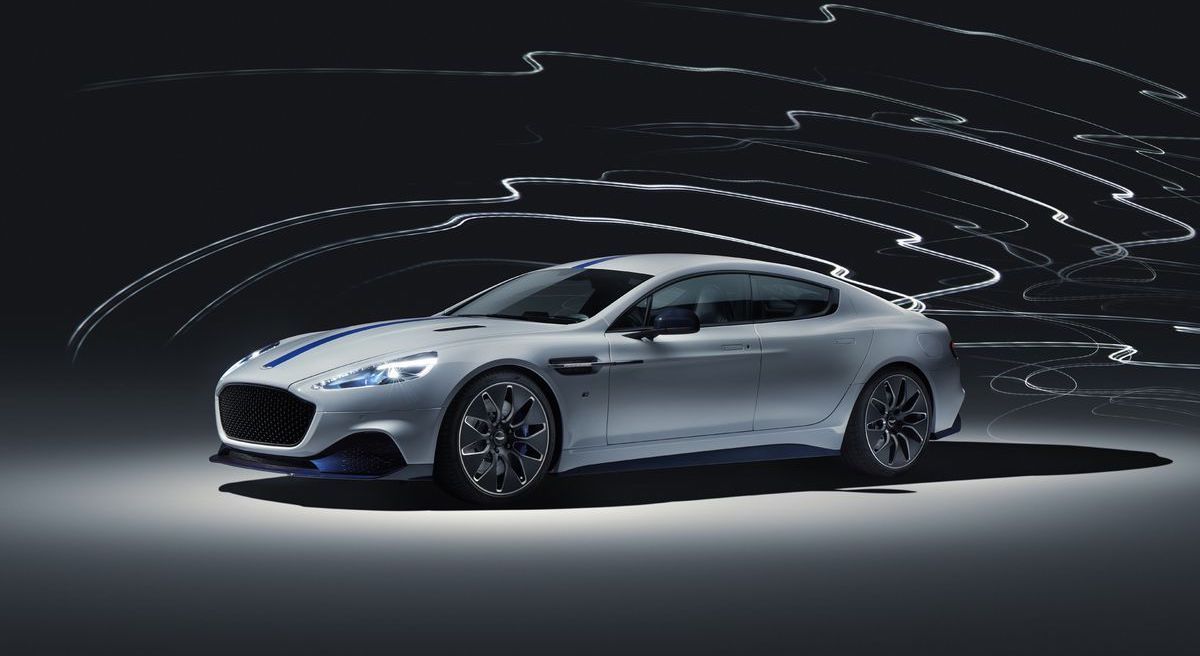 One of Aston Martin’s fastest production vehicles doesn’t sport a whopping V12, nor does it have two doors. Quite the contrary, the Rapide E is a four-door coupe that houses electric motors which produce a combined 604hp and 950Nm of torque. The instant power from the 65kW engine is enough to push the large Aston to 100kph in under four seconds and on to a top speed of 250kph. Incredible given that unlike many of its peers, it doesn’t come equipped with four-wheel drive. The battery is also good for a range of 320kph.

The Rapide in its current form is the last of the previous generation of Aston Martins which were known for their beautiful silhouettes and roaring engines (not including the present company). Based off the DB9, the Rapide was instantly adored for its sleek resemblance to the beloved two-door coupe, which first launched back in 2010. If you dream of being eco-friendly while not compromising on traditional British sports car aesthetics, then the Rapide E could be the car for you. That is, if you have deep enough pockets. 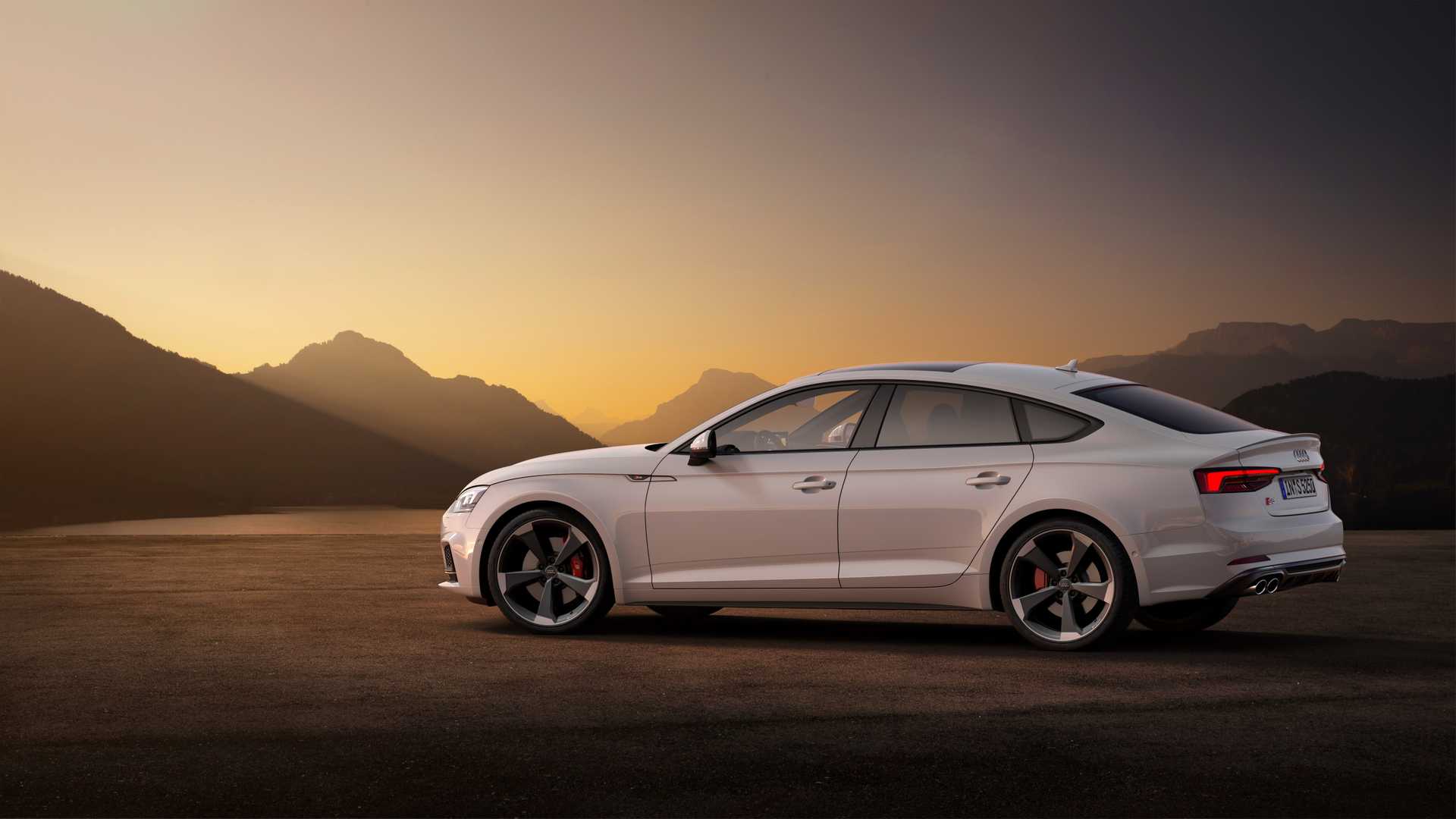 Good news for S5 fans, the Sportback version will be released as a revised version later this year. Now the S5 has been around for many years with a largely similar shape, but its 2020 variant will go through perhaps what is its biggest change yet. Audi will put a diesel engine with a mild hybrid system into the front of the sports saloon; gone is the original V8 and V6 turbo petrol engine, the new engine now produces 342hp and 700Nm of torque.

Interestingly, while many markets are trying to push away from diesel engines, Audi is switching up many of their S range performance vehicles to diesel power. Although the new variant is slightly slower to 100kph compared to the previous version, it is said to have significantly better fuel economy while still maintaining the previous vehicle’s 250kph top speed.

Motoring Luxury Cars fastest saloons four-door coupés
Shatricia Nair
Managing Editor
Shatricia Nair is a motoring, watches, and wellness writer who is perpetually knee-deep in the world of V8s, tourbillons, and the latest fitness trends. She is fuelled by peanut butter and three cups of coffee a day.
Motoring Wellness Watches Beauty Style
Sign up for our newsletters to have the latest stories delivered straight to your inbox every week.