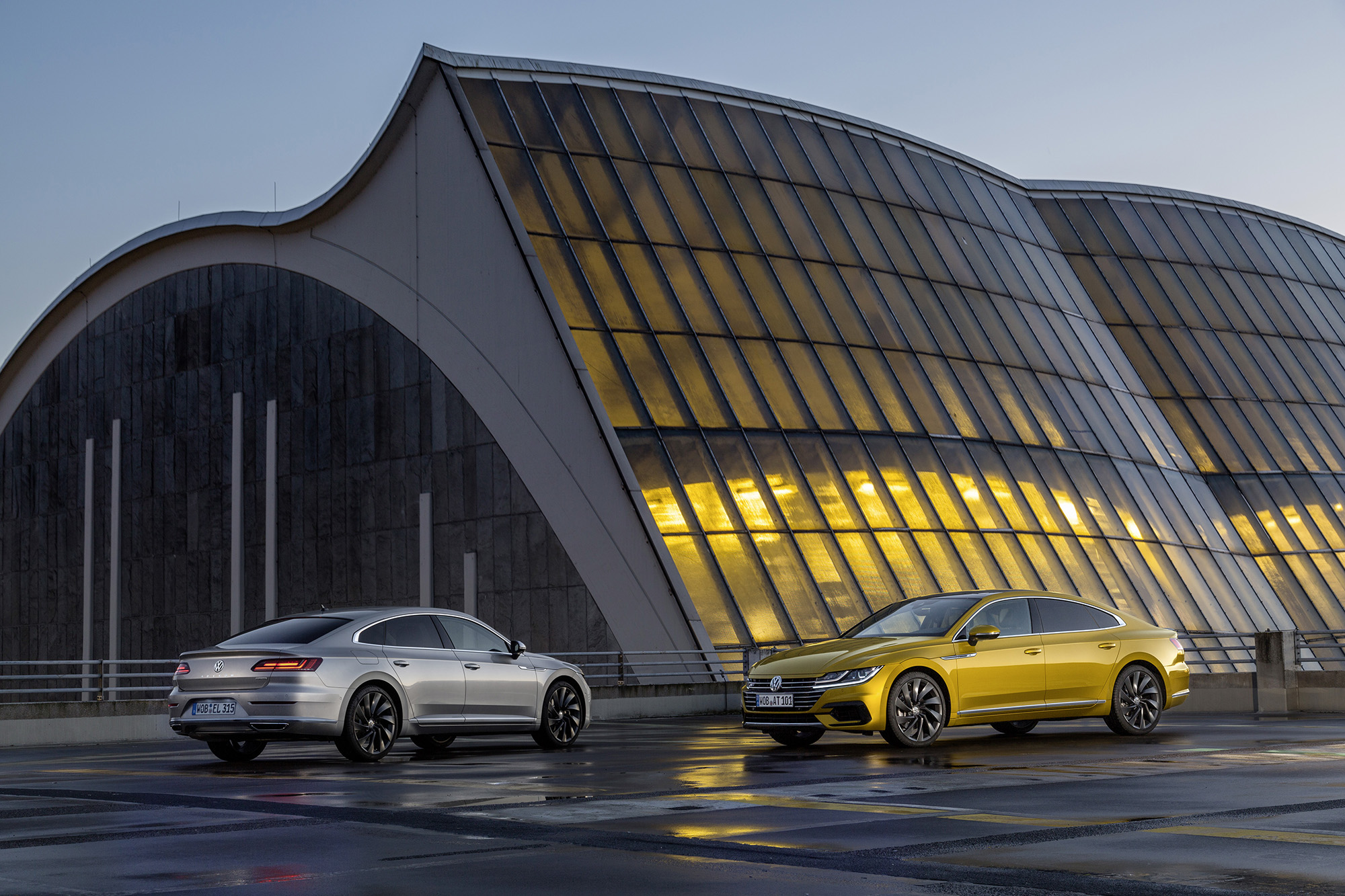 It’s a daunting battle, but Volkswagen might just be able to creep up on its fellow Germans with its latest creation: the Arteon. As a fastback, the latest baby from the Emden production line is more than just a pretty face — its sleek, coupe-inspired lines are married to hatchback practicality. Did we mention it’s also Volkswagen’s most tech-savvy car? As the replacement for the Passat-based CC, the Arteon had to have a lot going for it in order to be a contender for the formidable BMW 4-Series, Audi A5 Sportback or Mercedes C-Class. Volkswagen has made sizeable improvements from the family-oriented Passat, courtesy of its MQB modular chassis technology. It’s longer and wider, and includes an unusual bonnet with a clamshell design that extends forward and partially over both wings — that should be a conversation starter in itself.

Despite the Arteon’s sloping roofline, expect decent headroom, and very generous rear legroom for your three passengers. Make the boot even more spacious by folding the rear seats for a flat load bay that’s comparable to an SUV — 563 litres with the rear seats up, and 1,557 litres folded down — and more than what a 4-Series Gran Coupe or A5 Sportback can offer. The luxury of space is carried over to the front, which is further enhanced by an expansive air vent which extends across the width of the interior. The familiar Active Info Display is standard to this gran turismo, alongside the Head-up Display and Discover Pro infotainment system that’s housed within the glassy 9.2-inch display.

As a car that’s been tuned to excel on expressways, Volkswagen has suitably employed its 2.0-litre TSI engine for some convincing performance figures. Mated alongside a seven-speed automatic DSG transmission, the 280hp powertrain pushes the vehicle to 100kph in 5.6 seconds, and onto a limited top speed of 250kph. The Arteon is made to ride on bigger 20-inch alloy wheels, as hinted by the defining wheel arches. As a brand synonymous with making the “people’s car”, the  suspension offers adjustment through the usual settings such as Normal, Comfort and Sport via a slider bar, perfect for those with sensitive bottoms. The 4Motion permanent all-wheel drive brings reassuring traction and a firm grip to the tarmac. 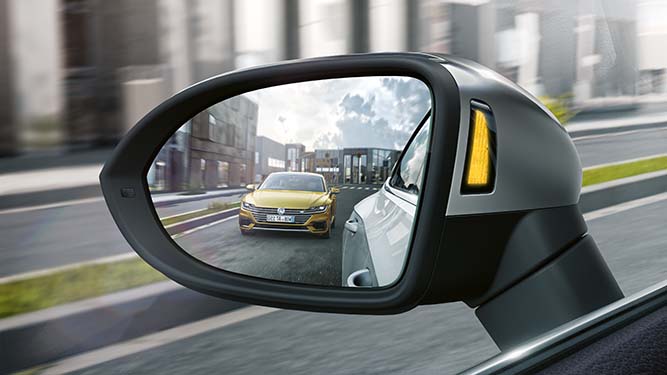 Marketed as a technically-gifted car, the Arteon stands out with safety features that earned itself a maximum five out of five stars in the Euro NCAP industry standard crash tests. The Front Assist with City Emergency Brake system determines if the distance to the vehicle or pedestrian ahead is critical enough to prompt a visual and audible cue. It also simultaneously shortens the car’s stopping distance to lessen or prevent impact. In dangerous situations, it also prepares the brake system in case the driver doesn’t brake hard enough.

Meanwhile, the Side Assist with Rear Traffic Alert helps with blind spots behind via a visual signal in the exterior mirror and audible warnings (this one’s for you, paranoid parkers). The system will also automatically employ the brakes to prevent collision if need be. An updated occupant protection system proactively monitors data whilst on the road or stationary to brace the car for impact while alerting you of an imminent collision to better prepare yourself. With its distinctive elongated contours, sharp powertrain and clever kit, Volkswagen’s Arteon is undoubtedly a well-thought car that might be able to tempt buyers out of its more premium competitors. The best part? It’s got limousine levels of space (we exaggerate, but almost) especially at the rear, which is something not many in its class can offer.