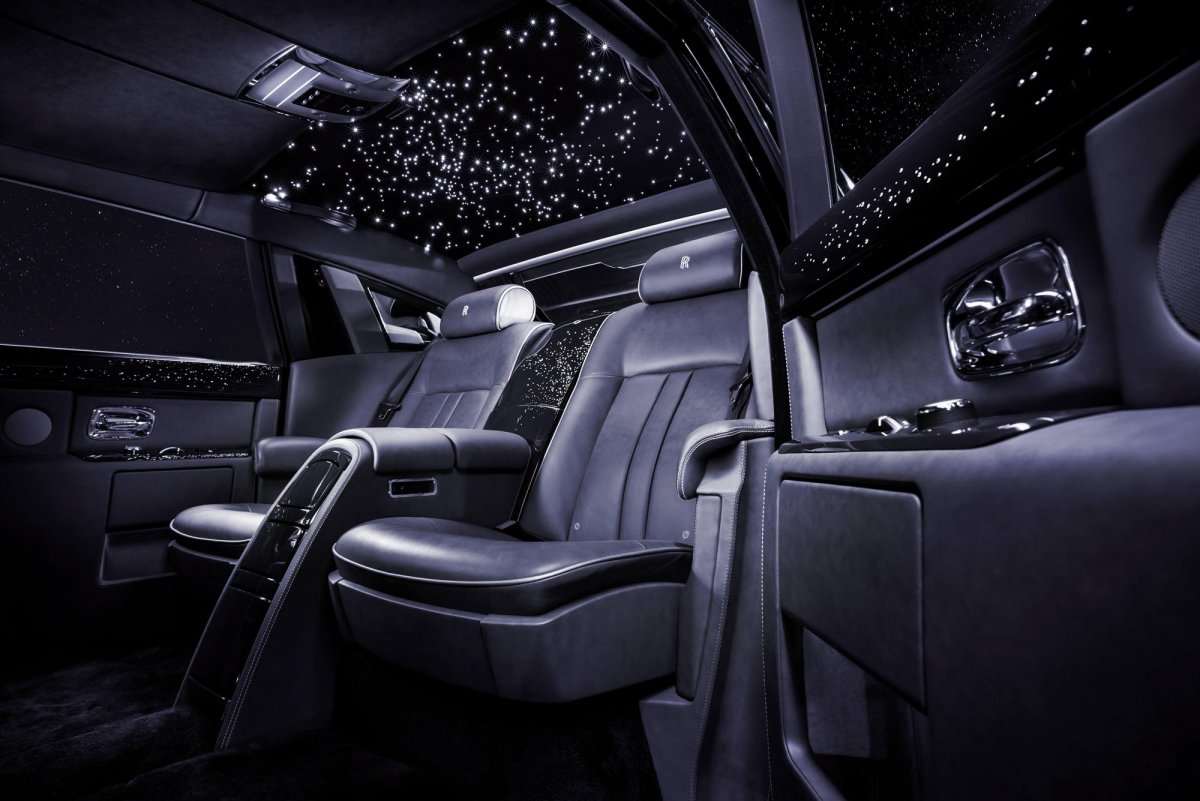 The wildest Rolls-Royce customs ever commissioned

Relaxed cows, veneers stored in a humidor, and a standard palette of 44,000 colours — that’s how Rolls-Royce makes its cars for the alpha-ultra customers that saunter in every other day. Its woodworkers are scouted from established boatbuilding and furniture trades, and the leather artisans are plucked from Savile Row, often with fashion degrees. Save for the metal bits, it tries to make everything else by hand — “the quality of feel”, as they call it, is of utmost importance.

The car customisation industry is a large one, but it’s obvious that Rolls-Royce lords over all of them with its ever-so-obliging sentiments, which of course results in some wild requests.

So synonymous with ultra-luxury, quality, and ride, that UK grime rapper Skepta recently transformed the latest Phantom into a recording studio for his latest track. With more than 130kg of sound insulation and two-layer 6mm double-glazed windows, it isn’t that far-fetched of an idea — just a not-so-subtle way Rolls-Royce proved that its cars are unparalleled.

You might think this extravagant display of showmanship is frivolous, but the British marque gets it. In the luxury goods business, the rich want everything, but the ultra-rich crave individuality. Creating a Rolls-Royce is like creating their own piece of art. Designers are on hand to advise on safety and legality at every step of the way, but beyond that they’ll likely give in to your whims. If you must have veneer made from the wood in your backyard, or insist that a thermos fit snugly into your door, you’ll get just that.

But for every garish spearmint-green Ghost, there is a very tasteful diamond-dust painted Phantom out there. Drop enough money, and chances are you’ll get the car you want, down to its very last inch. Here are some of Rolls-Royce’s wildest customs every created. There is paint, and then there is paint that’s made from 1,000 crushed diamonds. Commissioned by a collector with some spare cash to blow, the Rolls-Royce Ghost Elegance is the first luxury car in the world with such an indulgent paint. The ethically-sourced diamonds were subjected to extensive testing to ensure they remained radiant when incorporated in paint. An extra layer of lacquer was then applied to protect the diamond particles during the hand-polishing process (and privy fingers, we suspect) before more paint was hand-applied. The result is a smooth finish with the diamonds undetectable to the touch. 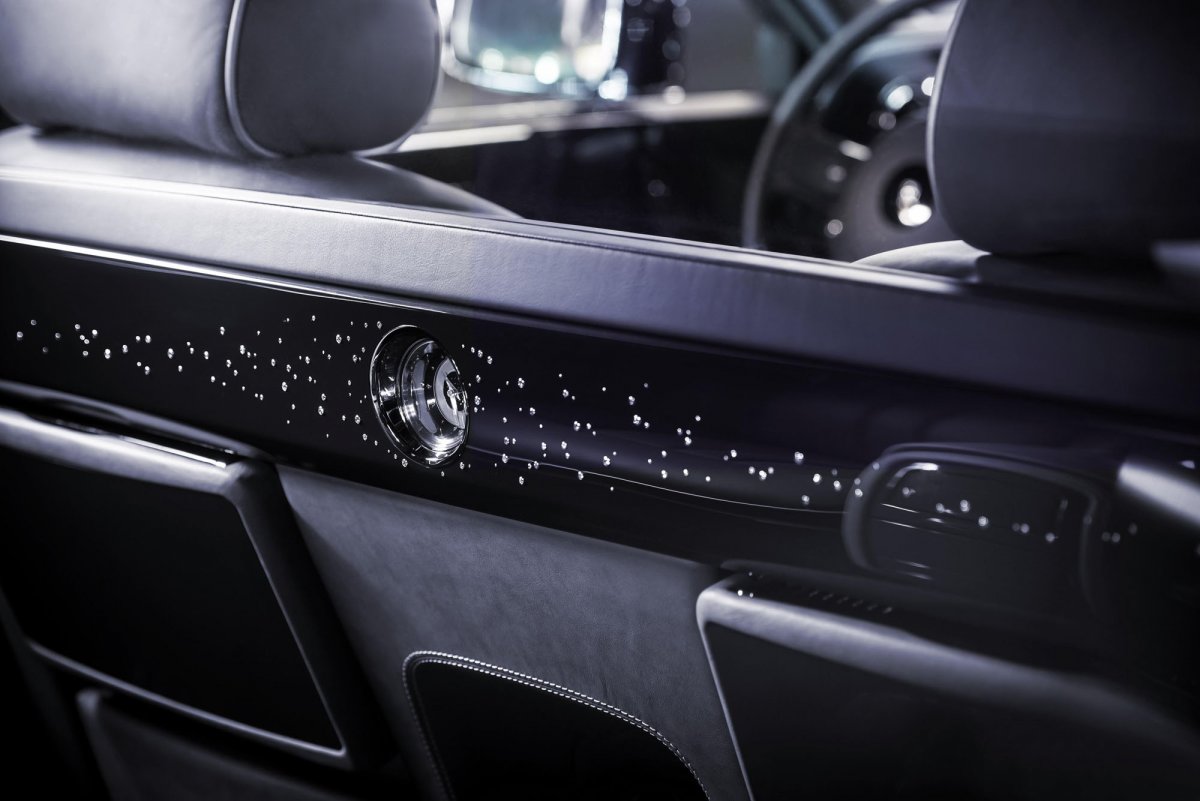 Created in celebration of the Dubai International Motor Show in 2013, Rolls-Royce casually stuck 446 diamonds throughout a Phantom to complement the stunning night sky roof that shows the sky exactly as it was on January 1, 2003 in Goodwood. That happens to be the night Rolls-Royce delivered the first Phantom to its owner. Like the dazzling roof, the diamonds embedded within the rear-privacy divider, door cappings and center console lid add a fair bit of visual interest within the cabin. Unfortunately, safety regulations got in the way of the luxury carmaker’s keen interest in placing some in the steering wheel as well — it’d be hard to keep your eyes on the road with that. 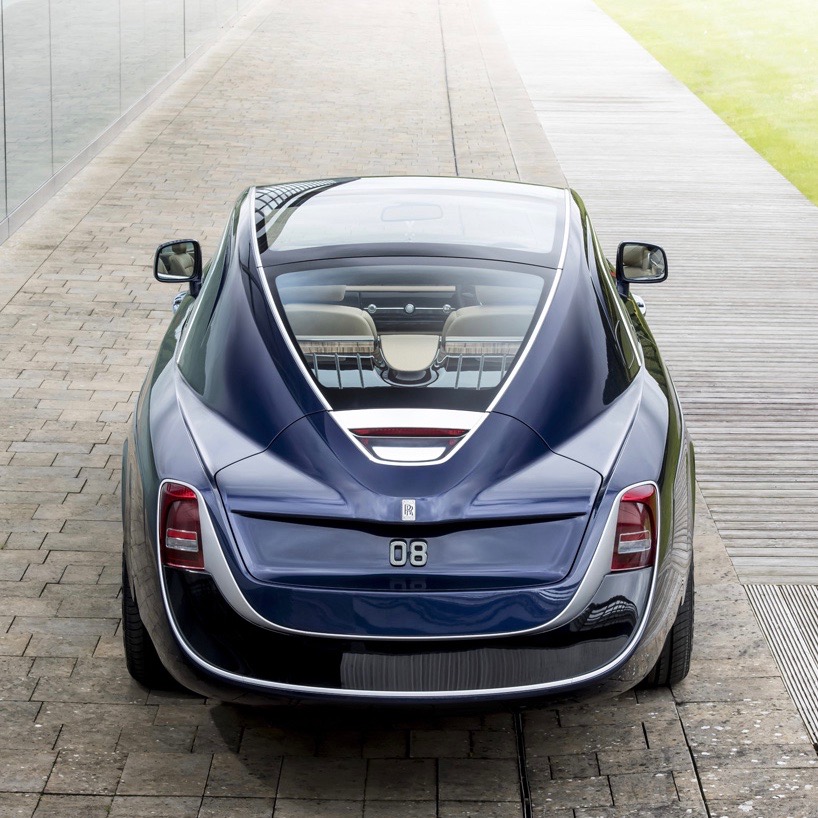 Inarguably the most outrageous custom-made Rolls-Royce of all, the Sweptail is a S$17.7 million commission that pays homage to the world of racing yachts. The one-off — now the most expensive production car ever — made it debut at the Concorso d’Eleganza in Italy this year, showing off it’s ‘20s- and ‘30s-inspired aesthetics. The massive coupe will make quite the entrance with its sweeping lines and titanium highlights, but it’s the interiors which impress the most. Besides being swathed in ebony wood and buttery-soft leather in the expansive yacht-inspired space, there’s also a center console which houses a champagne cooler and two champagne flutes that rise out on demand. 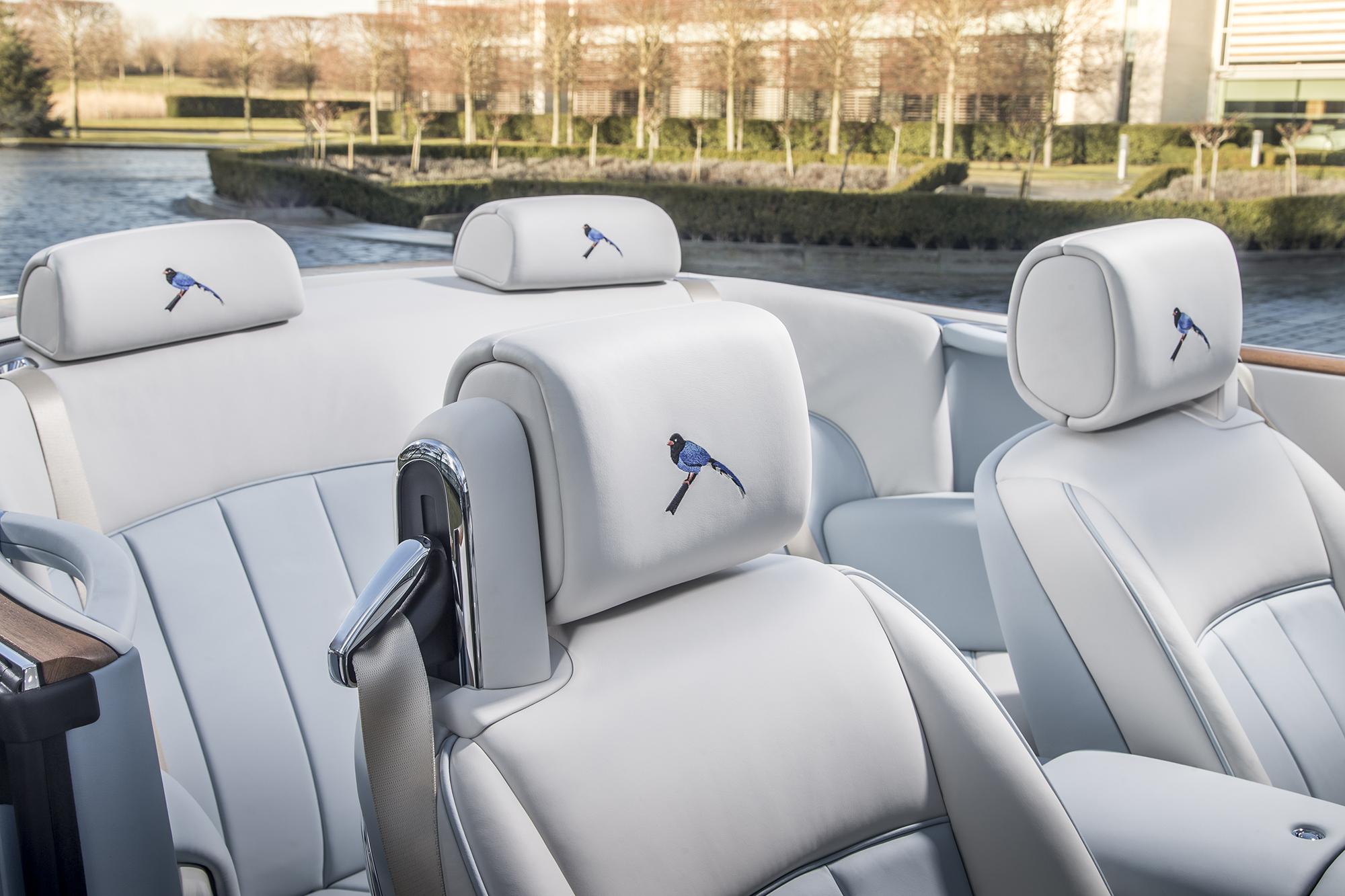 Commissioned by a gentleman in Taiwan, this azure one-off pays tribute to the blue magpie, a bird which can only be found in his homeland. The exterior is a calming amalgamation of Silverlake with Andalusian White bonnet, with a gold engraved Spirit of Ecstasy. The gilded accents continue in the bespoke twin coachlines and pinstripes circling the wheel centres. Inside, there are Mother of Pearl inlays within the veneers, instrument dials, clock and control knobs, but it is the intricate blue magpie embroidery on the headrests that show Rolls-Royce’s relentless pursuit of customisation. When car collector Michael Fux found a fuchsia flower on the grounds of Pebble Beach last year in a shade he really liked, he didn’t just admire it; he commissioned a Dawn with it. His 11th bespoke Rolls-Royce is in a unique shade called ‘Fuxsia’, named after him and reserved exclusively for his use amongst six other colours. Sometimes 44,000 colour options just aren’t enough. 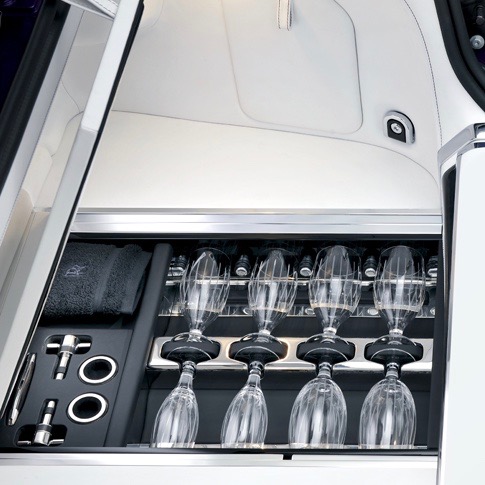 6
Wine glasses in the trunk

Fancy a vino while caught in a jam? Just hit up your chauffeur to fetch some from the back. Rolls-Royce had to devise a way to store fancy wine glasses — presumably Baccarat ones — in the trunk while making sure they didn’t break whilst on the road. 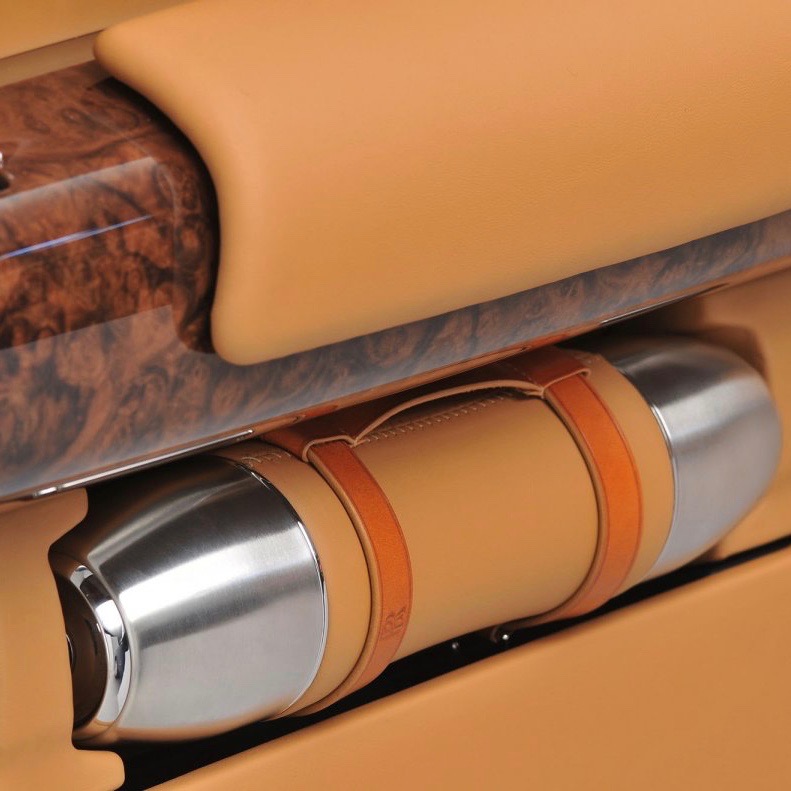 How hard can it be to integrate a tea thermos flask into the door, you ask? To ensure the thermos wouldn’t lodge in the event of an accident, Rolls-Royce had to crash test a completely new model with the thermos installed, then build a completely new one for a tea fanatic customer. This also meant that he had to pay for two Rolls-Royces, which he was more than happy to do so.