If you missed the convention, you can still catch its Asia edition, which takes place in Shanghai from 28 June to 1 July. The event will also debut in the US from 12 to 14 September in San Francisco.

June seems like a long time from now. While we wait ever so patiently, here are some highlights from the recently concluded event in Barcelona. From futuristic translators to 5G, these snazzy new gadgets showcase the wonders of technology. If you’ve always wanted to own a Star Trek-like universal translator, this one’s for you. At this year’s event, New York-based Waverly Labs showed off a prototype of a wireless headset that can translate conversations in real time.

Called the Pilot Translation Earpiece, it can be used on Waverley’s app when paired with an iPhone or Android device. The technology uses machine learning to translate audio recorded by the earpiece, before transmitting it to another earpiece via the app. The translator currently supports 5 languages — French, Italian, Portuguese, Spanish and English. It will be available later this year for US$299 (S$421). Samsung kicked off Mobile World Congress by unveiling the Galaxy Tab S3, which is equipped with new features such as software integration on the S-Pen and a revamped Grace UX software interface. The Galaxy Tab S3 also features a stylish new design, cementing it as a high-end tablet.

Following the success of its limited edition Porsche Design Huawei Mate 9, Huawei clearly isn’t planning on slowing down anytime soon. At Mobile World Congress, it released its latest smartphones — the Huawei P10 and P10 Plus.

While the Chinese brand has opted to use the same dual-camera configuration present in the Huawei Mate 9 (which includes a 20-megapixel black-and-white lens with a 12-megapixel Leica colour lens), the pocket-sized P10 sets it apart in a market full of increasingly larger phones. The P10 Plus, on the other hand, is for consumers who are used to phones with bigger screens. The biggest sell though, are the 8 colour-on-metal finish options that include greenery (Pantone’s colour of the year 2017), dazzling blue, rose gold and white ceramic. 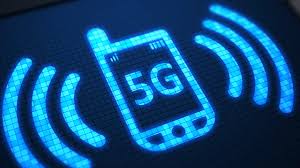 While 5G isn’t available to the public yet, it was a constant topic of discussion at Mobile World Congress. The GSMA has announced new estimates for 5G, predicting 1.1 billion 5G connection by 2025 — about 5 years after the next generation mobile networking standard is expected to hit the consumer market. Let’s wait and see.