Home > Gear > Tech > The resurgence of the reel-to-reel tape 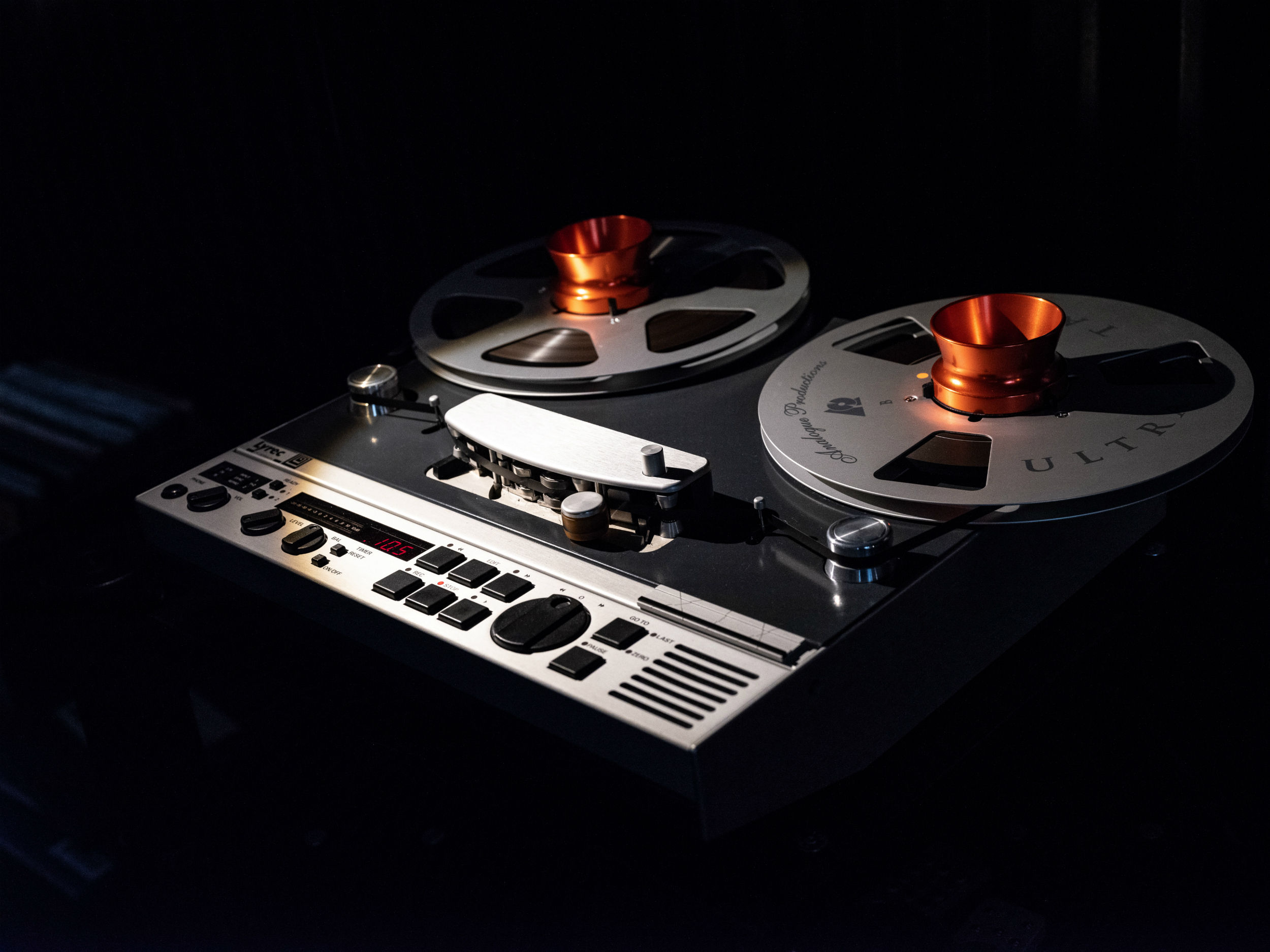 The resurgence of the reel-to-reel tape

These days, listening to music is as simple as hitting the play button in an app, especially when the biggest tech giants are dominating the music streaming landscape. Take Spotify, who celebrated its fifth year in Singapore last May, as well as Apple Music’s recent collaboration with Singtel to offer data-free streaming for the mobile network operator’s subscribers, for instance.

Yet, regardless of the advancements in technology, hardcore audiophiles stay true to the raw, natural sound of the reel-to-reel tape — a high-end exclusive in the 21st century, boasting sound quality unparalleled to any other sources, be it analogue or digital.

If the mention of “reel-to-reel” have you scratching your heads, let us explain the elusive music format that most people, especially millennials, have probably never had their hands on.

Popular before the rise of cassettes and compact discs, the reel-to-reel tape (often called R2R or open reel decks) are analogue sound devices that offered fast recording and playback speeds without suffering a hit in quality. However, unlike cassettes, the recorders use a magnetic tape of 1/4 inch that passes between two reels mounted separately.

The format was introduced in the United States by singer, songwriter and film actor Bing Crosby in the late 1940s, and continued to dominate professional audio recording until the early 1990s, when digital technologies took over and made editing and reproduction easier and cheaper.

Yet, despite its advantages, it is one of the costliest and most fragile music formats of all time. The reel-to-reel player is expensive, delicate, fiddly, susceptible to heat, magnetism, stretching, breakage and other forces that conspire either to erase a recording or ruin the tape itself. The machines are also bulky and require constant maintenance. But that doesn’t stop the audio trend from rising back into prominence in 2013, when a critic for American audio magazine The Absolute Sound made a shocking revelation that a new R2R deck designed by a team of engineers had sound quality that surpassed even the highest rated turntable rig ever reviewed by the magazine.

“Here is Paul’s bass guitar the way you’ve always wanted to hear it—full, deep, incredibly powerful, and so clear and defined in pitch and articulation that it is easy to tell the McCartney was a heckuva player. Same for Ringo’s drum licks—some of which, like the bass, almost literally knock you on your ass with their slam—same with George’s garden of guitars,” writer Jonathan Valin said. “And the voices! It was like having John Lennon and Paul McCartney in my room with me. It goes without saying that there wasn’t a single cut that didn’t hold surprises in store—things I’d never heard and I’ve heard this album countless times.”

The review was one that brought back the technology that dominated professional music recording for most of the 20th century; and is now making a comeback with audiophiles and artists including the Black Keys, Ryan Adams and Lady Gaga. It’s also pervasive in pop-culture, appearing in shows like Narcos and The Americans, as well as major studio movies like Black Mass.

“This resurgence is about nostalgia and cool. It’s like buying an old Harley with a suicide shifter. These tape machines are chunky, solidly built, and sound great,” said Jerry Gahagan, owner of vintage audio equipment reseller Oak Tree Enterprises, in an interview with The Verge.

In the real world, reel-to-reel players have already been made on the market with four Ballfinger models by Dusseldorf-based Roland Schneider Precision Engineering. The machines made waves when prototypes were unveiled at an industry fair in Hamburg last year, after being developed for six years. The Tonbandmaschine M 063, for instance, combines a minimal vintage aesthetic with components manufactured in the brand’s own factories, including drive motors, servo units and pick-up systems. More recently, award-winning designer and recording engineer, Kostas Metaxas has also tapped into the recent upsurge in interest by unveiling its state-of-the-art prototype at the recent Munich High-End Show, an annual event showcasing the high-end hi-fi and home cinema kit. Called the GQT Portable Recording Device No 1, the device is based on the Stellavox SM8 recorder and has been “designed for ultimate location recording and playback duties.”

The prototype is handcrafted in sleek red and black, flanked by organic fluid lines. The mechanism has been likened to those of a large Swiss mechanical watch, with its circuits made up of discrete transistors and components similar to those found in devices from the 60s to early 70s.

“Digital media is great, but experiencing music is more than just listening to a sound file — it’s sensual, the reels that turn and can be touched,” the machine’s designer, Roland Schneider, described in an interview with Bloomberg. “When it comes to audio quality, nothing else in the analogue world gets you closer to the experience of being right there in the recording studio than reel-to-reel tape.”

Spotify The Beatles Audiophiles reel-to-reel tape player r2r ballfinger bing crosby
Dewi Nurjuwita
Senior Writer
Dewi Nurjuwita is a travel and design writer who can be found exploring the streets of foreign cities with passport in one hand and a cup of coffee in the other.
Travel Architecture Interior Design
Sign up for our newsletters to have the latest stories delivered straight to your inbox every week.