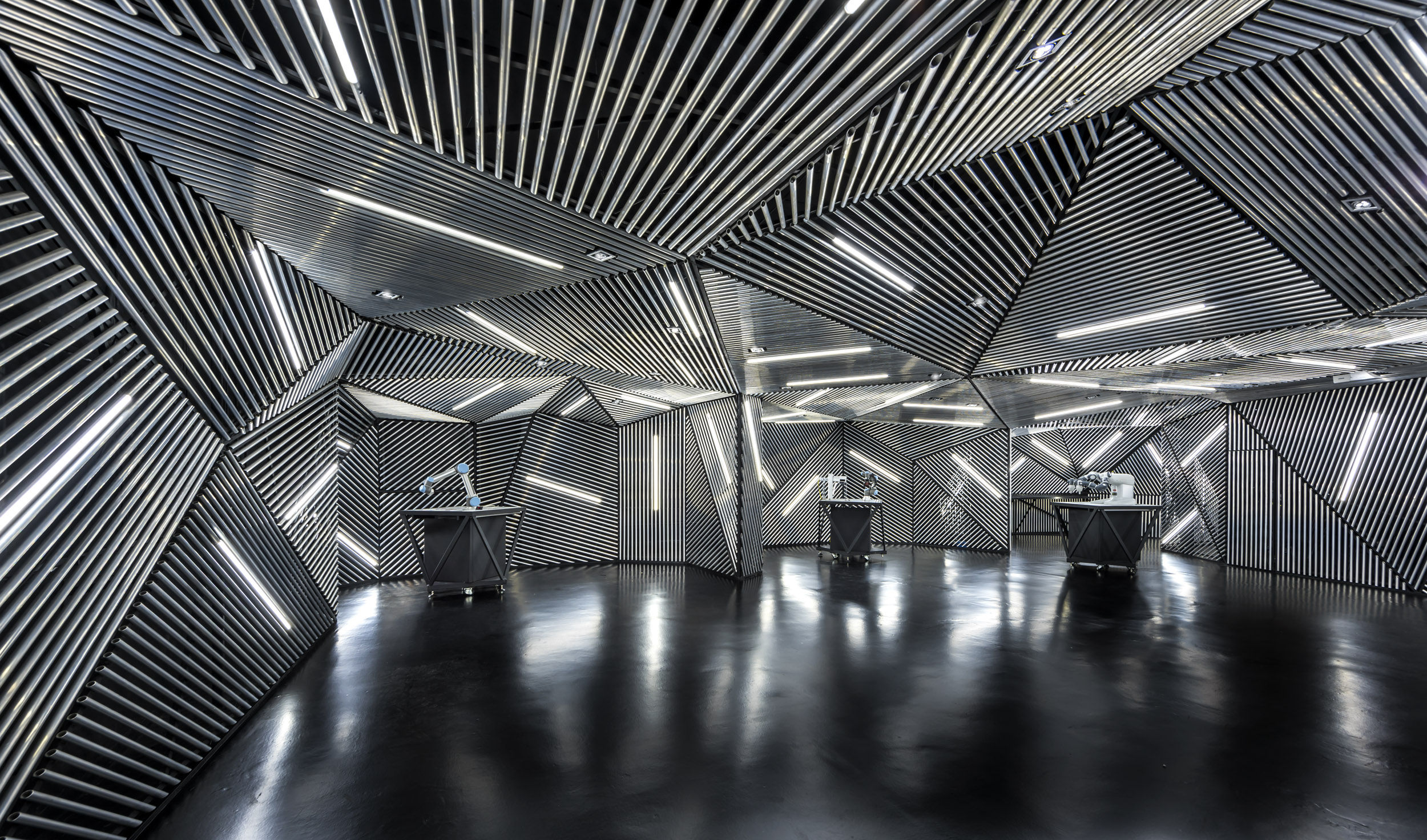 Robots are taking over the world, one step at a time. One of the trends that dominated CES this year was the introduction of robots for consumers. We’re talking about Pepper, a ‘love-powered’ humanoid bot, as well as Lynx — a voice-powered smart assistant that can double up as a yoga instructor.

While it’s no secret that a robotic future isn’t so distant after all, a fact that may surprise you is that Singapore has its own robotic facility. Of course, where else would engineers be trained if not for a laboratory that looks like it could be the setting for Tron? Enter: The new Race Robotics Lab in Singapore, a facility used to display the latest industrial robots — as well as to inspire and train engineers working with new automation technologies.

“Singapore is determined to become a leader in automation and robotics, in conjunction with a drive for productivity and innovation. The Race robotics lab plays a key role in promoting awareness in this field,” said Colin Seah, founder of Ministry of Design (MOD).

His Singapore-based design practice was commissioned to design the branding and spatial experience for the new robotic facility, which provides a suitable cutting-edge backdrop to introduce robots into automating existing manufacturing industries.

The experience starts upon arrival to the lift lobby, where one will be greeted by a vivid prelude to the laboratory space — a web of soaring white lines cutting through the black space to create an anamorphic experience. A colossal door then pivots open to reveal a metallic faceted space, creating a striking contrast to the interiors of the lift lobby.

Inside, the ceiling and wall planes are deconstructed into an array of dazzling façades — with each one comprising of stacked layers of hand-cut aluminium hollow tubing. The direction of the tubes is rotated with every facet to create a bold, multi-directional effect. Unsightly mechanical and electrical details are also cloaked by aluminium screen cladding.

Inspiration behind the design

Seah and his team were inspired by the different robots on display at PBA Systems, one of the leaders in the deployment of ‘smart factory’ initiatives. The final design is inspired by the concept of modularity — how each standalone part contributes to the whole picture.

“MOD seeks to create an engaging, future-forward and lifestyle-inspired spatial experience that denotes the idea of industrial automation and precision,” explained Seah. “Overall, the space provides a suitable cutting-edge backdrop to usher in an age of automation and robotics.”

The future of robotics in Singapore

This is just the beginning of the rise of the machines. “Robots will become more prevalent in the society, even if a lot of it will be behind the scenes,” said Seah. “I also think robots may feature in more public-facing roles, such as room service at hotels or serving food in restaurants.”