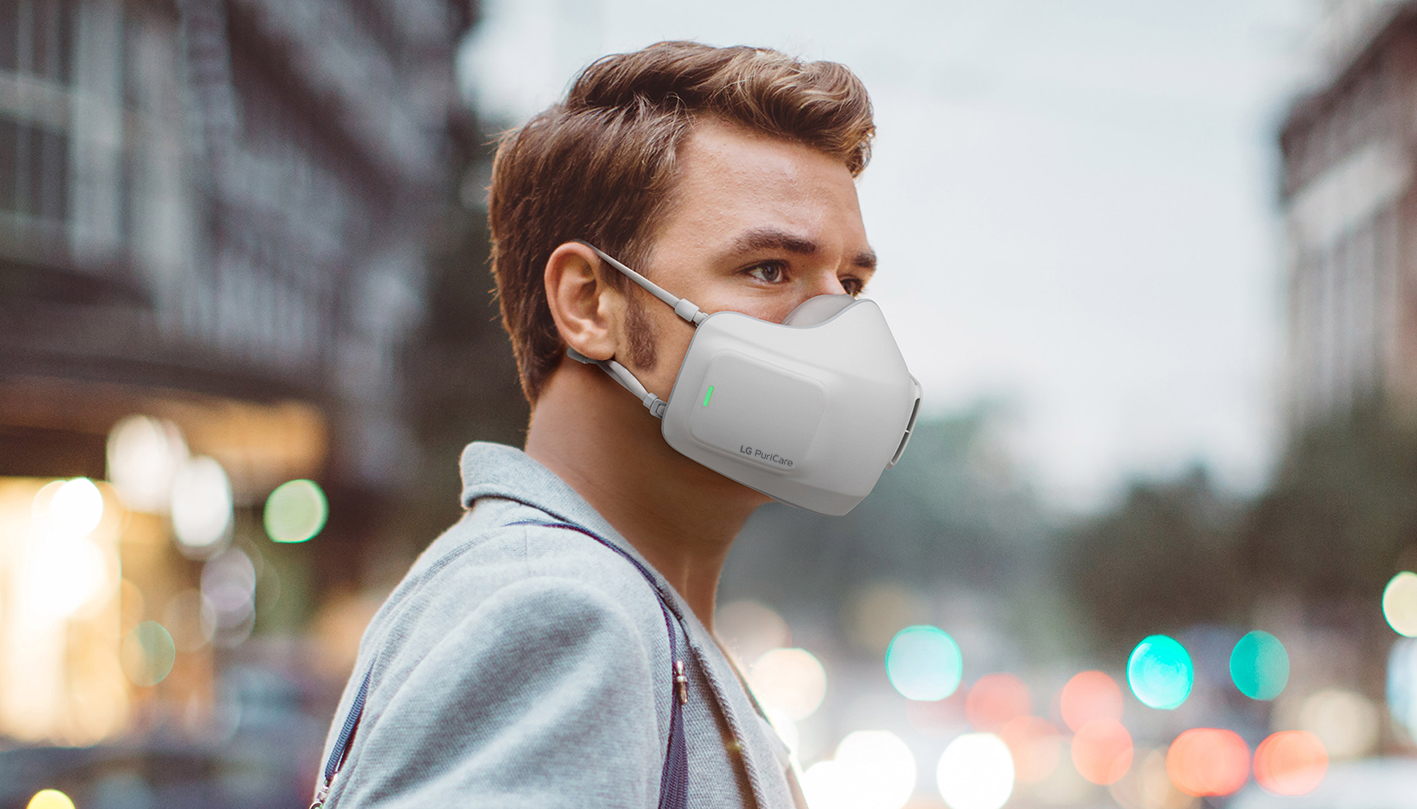 Are smart masks new tech gadgets to be excited about?

As per the IFA tradeshow in Berlin which is set to run September 3-5, the LG brand has announced that they will be presenting a new air-purifying smart mask very soon. This mask promises to eliminate all germs and viruses and filter air pollution.

The air-purifying mask is equipped with two H13 HEPA filters, which can be removed and replaced as needed. In fact, when this is the case, the mask sends a notification directly to the wearer’s smartphone via the LG ThinQ mobile application.

With the new mask, LG claims that its customers will be comfortably able to breathe air that is clean and healthy for a period of up to eight hours. Along with filters, the device is equipped with ultraviolet LEDs to kill germs, and it is also able to adjust to the volume of air inhaled and exhaled by the user, with twin fans that speed up and slow down to facilitate easy breathing. For added convenience, the mask’s integrated battery can also be recharged directly in the special case that will ship with the device.

With regard to its environmental impact, LG is keen to point out that all of the components in the PuriCare Wearable, from the filters to the headband, can easily be replaced and are fully recyclable.

As it stands, no availability or pricing information has been announced for the new mask, which is expected to go on sale in late 2020.

7 legitimate platforms where you can trade in cryptocurrency, including Bitcoin