Gear
The Macbook Pro 2016: The good and the bad
Share this article
Next article

Apple is a force that can’t be stopped. Over the past year, we have seen launches for the iPad Pro, the iPhone7 and iPhone7 Plus, and now the revolutionary Macbook Pro 2016. Not that we are complaining. Keep it rolling, Tim Cook and squad.

Sorry we’re late to the party, but here’s our definitive guide to the Macbook Pro 2016 – which according to Apple, “marks a milestone in the evolution of the Mac.”

First, let’s talk about what we love about the new Macbook Pro.

We love: The Touch Bar

Apple introduces a new way to interact with your Macbook – the Touch Bar. The Multi-Touch, an enabled strip of glass built into the keyboard, is placed at the top of the keyboard to replace the function keys.

This new feature does exactly what the function keys do, and more. The Touch Bar grants instant access to the tools you want, exactly when you want them. From changing the volume and screen brightness to displaying control buttons for the music you’re listening to, The Touch Bar is, well, a nice touch. You can watch a video here.

The customisable Touch Bar also adapts to whatever program you happen to be using. It displays shortcuts to your favourite websites on Safari, allowing you to work with greater efficiency.

What we’re most excited about is the Apple Touch ID tech on the strip, letting you log into your Macbook Pro, shop online, and switch user accounts using your fingerprint. One step beyond the Keychain, which syncs your passwords and credit card information across all devices, passwords might now just be a thing of the past.

Apple’s new Macbook Pros come with next-level hardware. The notebooks are equipped with Intel’s Skylake processors (i5 or i7), a significant improvement over last year’s Pros, which came with Broadwell Chips.

We will not bore you with specifics, but the new machines will have some ridiculously speedy performance, with the 13-inch edition getting dual-core chips while the 15-inch receiving quad-core processors with higher clock speeds, paired with 8GB of RAM and 16GB of RAM in the models respectively.

The new Macbooks also have the brightest, most colourful Mac notebook display ever – with more powerful Intel Iris graphics and a dedicated AMD Radeon Pro GPU, which makes the 15-inch model 2.3 times faster than the previous-gen Macbook Pro.

We love: A sleek redesign 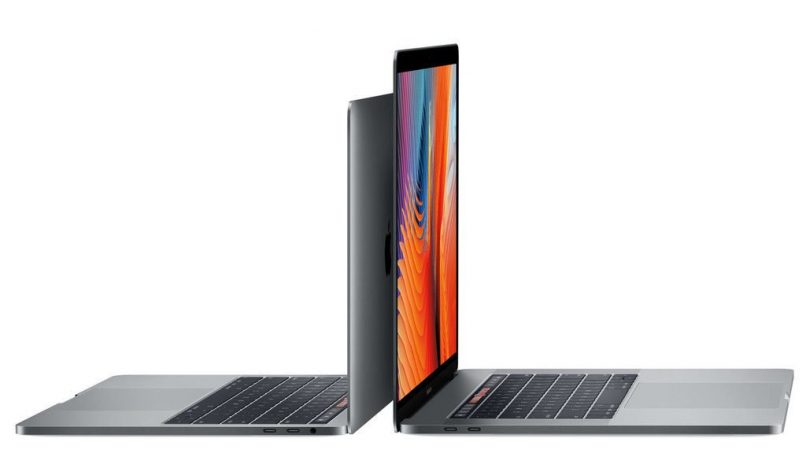 Even if you’re not a tech geek, Apple’s aesthetics would be enough to win you over. The new model, which comes in silver and space grey, just got a whole lot sexier.

Apple’s thinnest notebook thus far has an ultra-portable design, after having shaved some excess millimetres off the case of the Macbook Pro. If you thought a Macbook can’t get any sleeker, Apple has just proven you wrong.

The new model now measures just 14.9mm in thickness (13-inch) or 15.5mm (15-inch), weighing 1.37kg or 1.83kg respectively. The bigger trackpads, on the other hand, provides an expansive area for a whole range of gestures.

Alas, not everything is rainbows and butterflies when it comes to Apple products. Or anything in life really. Here’s one downfall to the new notebook.

Because the new Macbook Pros are so slim, the traditional USB ports can no longer fit into its design. The latest machine features four USB Type-C/Thunderbolt connections – which can be used as a power, thunderbolt, USB, display port, HDMI, or VGA port.

However, this means that there will be no more MagSafe connections, which allow chargers to magnetically connect to the Macbook’s charging port, and has been known to prevent tripping over and yanking on the cable (thus damaging it). There is also no SD card slot or HDMI out on the new Macbook Pro, which makes life a lot more complicated.

But hey, all the sacrifices are worth it for the Macbook Pro 2016’s sleekness, right?

Apple Tech Macbook macbook pro 2016 notebook
Dewi Nurjuwita
Senior Writer
Dewi Nurjuwita is a travel and design writer who can be found exploring the streets of foreign cities with passport in one hand and a cup of coffee in the other.
Travel Architecture Interior Design
Sign up for our newsletters to have the latest stories delivered straight to your inbox every week.