Mirrorless cameras to bring along for your picture-perfect holiday

When it comes to preserving memories, cameras are undoubtedly the greatest invention for doing just that. But no one wants to be lugging around a heavy DSLR as they’re hiking up a scenic trail in South Korea, especially if they’re not a professional photographer. This is where mirrorless cameras enter the fray. They can capture sunsets at the same quality (if not better) than pro cameras while having a slimmer profile and most importantly – weighing less.

To put things into perspective, a mirrorless camera is a tier between the compact camera and the DSLR, while simultaneously getting the best of both worlds. You can still change the lens on the camera to suit your photo subject, but unlike a DSLR, it doesn’t have a mirror to reflect the image into the viewfinder, giving this category of cameras its name.

Recently, Canon and Nikon both introduced full-frame mirrorless cameras, a first for the two largest players in photography. While not all mirrorless cameras have a full-frame image sensor, having one increases the image quality as it can capture more light. However, they’re entering a market that has so far been largely dominated by Sony and Fujifilm. It’s anyone’s guess who comes up on top, but for now, let’s here are the best mirrorless cameras you should look at getting to document all your travels. 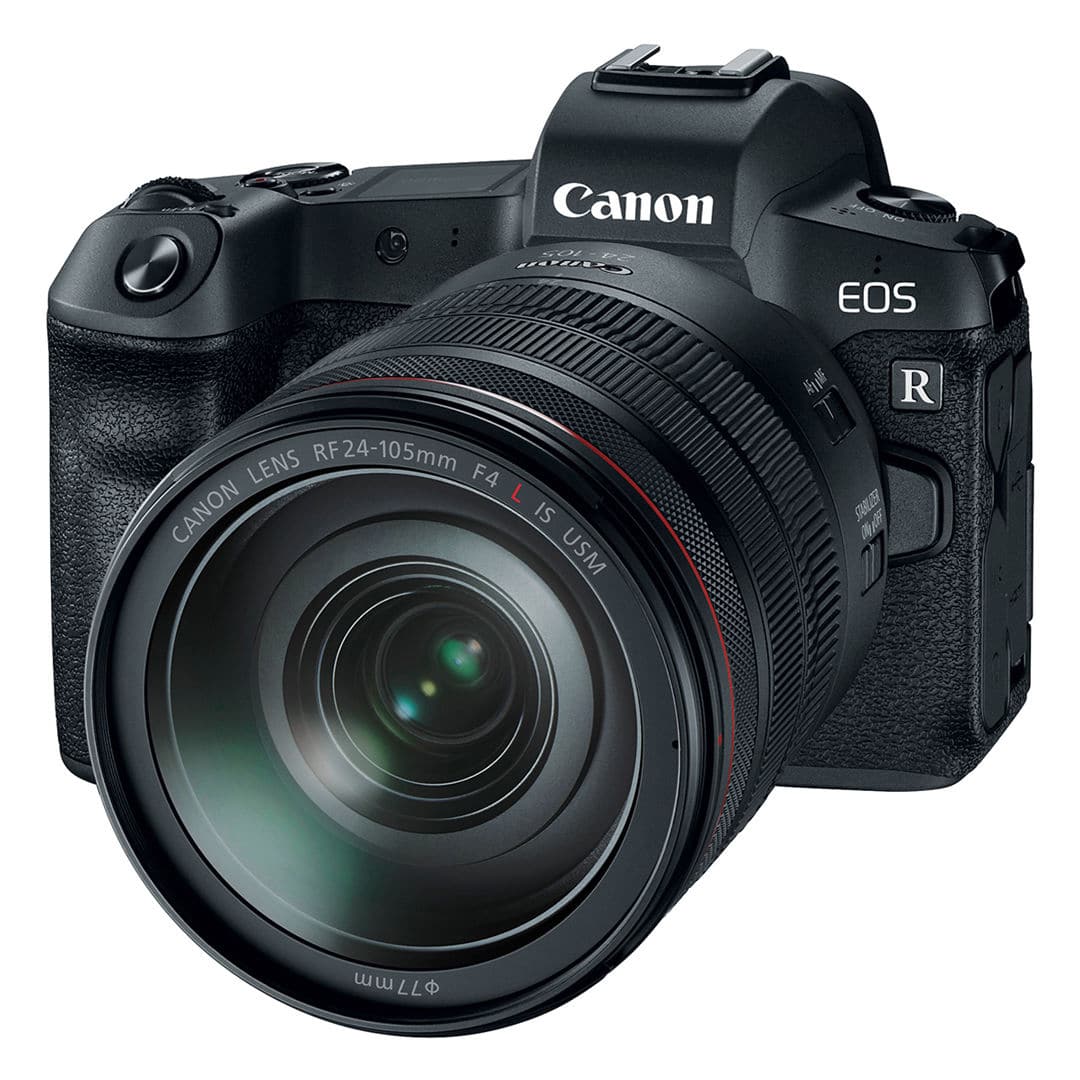 After much anticipation and many rumours, Canon pulled out all the stops for their first full-frame mirrorless camera. The EOS R packs a lot of features into a silhouette that would be very familiar to Canon users. It boasts 30.3 megapixels of full-frame glory, an ISO range of 100 to 40,000, and an autofocus speed of 0.05 seconds with 5,655 focal points. Performance in low-light will be remarkable with an autofocus EV of -6 to 18.

If you already have an arsenal of Canon lenses, fret not. Despite the new RF mount on the EOS R, an adaptor for Canon’s EF and EF-S lenses will come bundled with box. However, it won’t support your EF-M lenses. 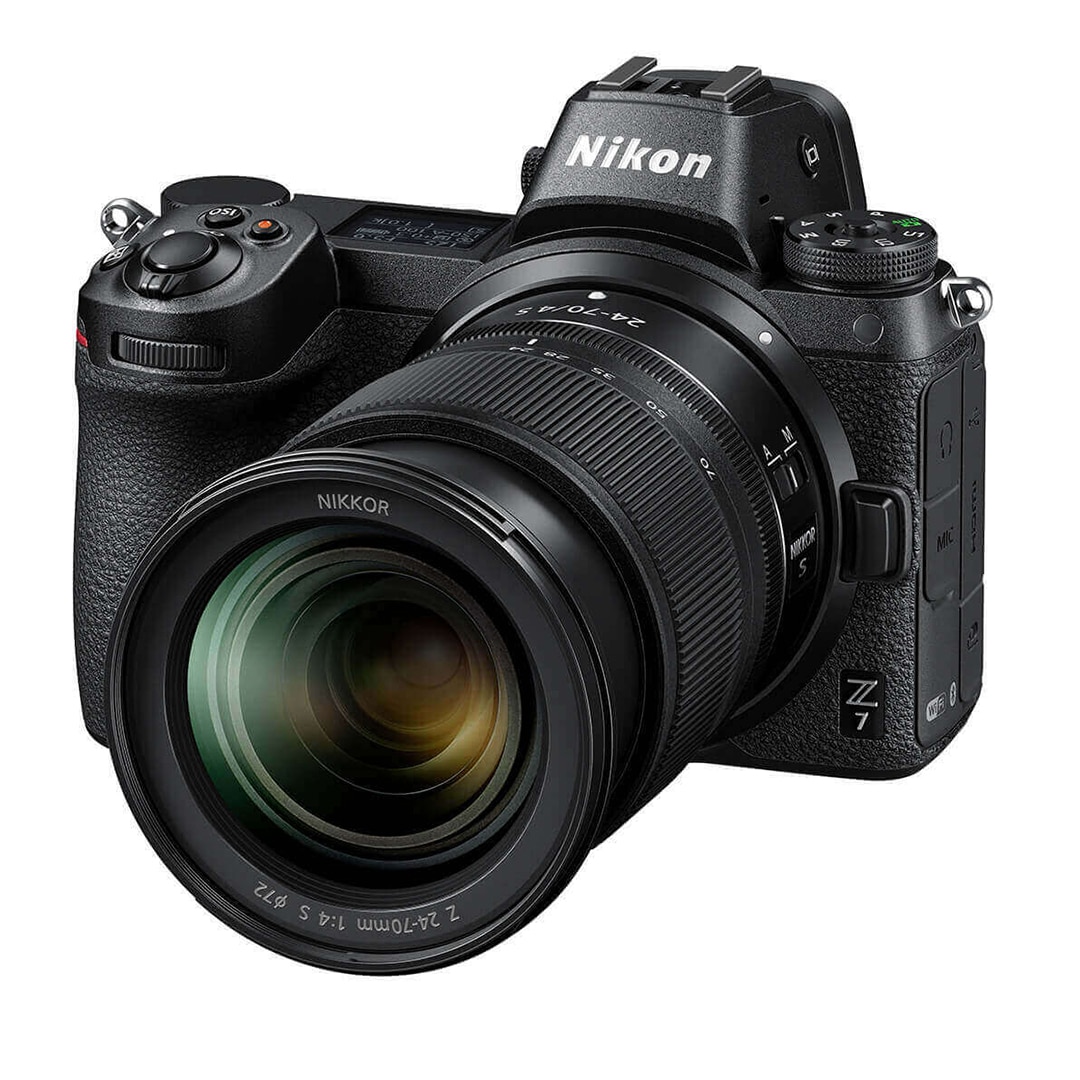 Nikon has its sights set on Canon and Sony with the Z7, a 45.7 megapixel full-frame mirrorless camera. With it comes the introduction of NIKKOR Z lenses that will be native to the Z mount on the Z7. The Z7 can support an ISO range from 64 to 25,600 (expandable to 102,400) and has 493 focus points to cover 90% of the image.

The camera is also equipped with the EXPEED 6 image processing engine, making your subjects sharper and more refined. If you regularly shoot outdoors and in harsh weather, the Z7 is also weather sealed. 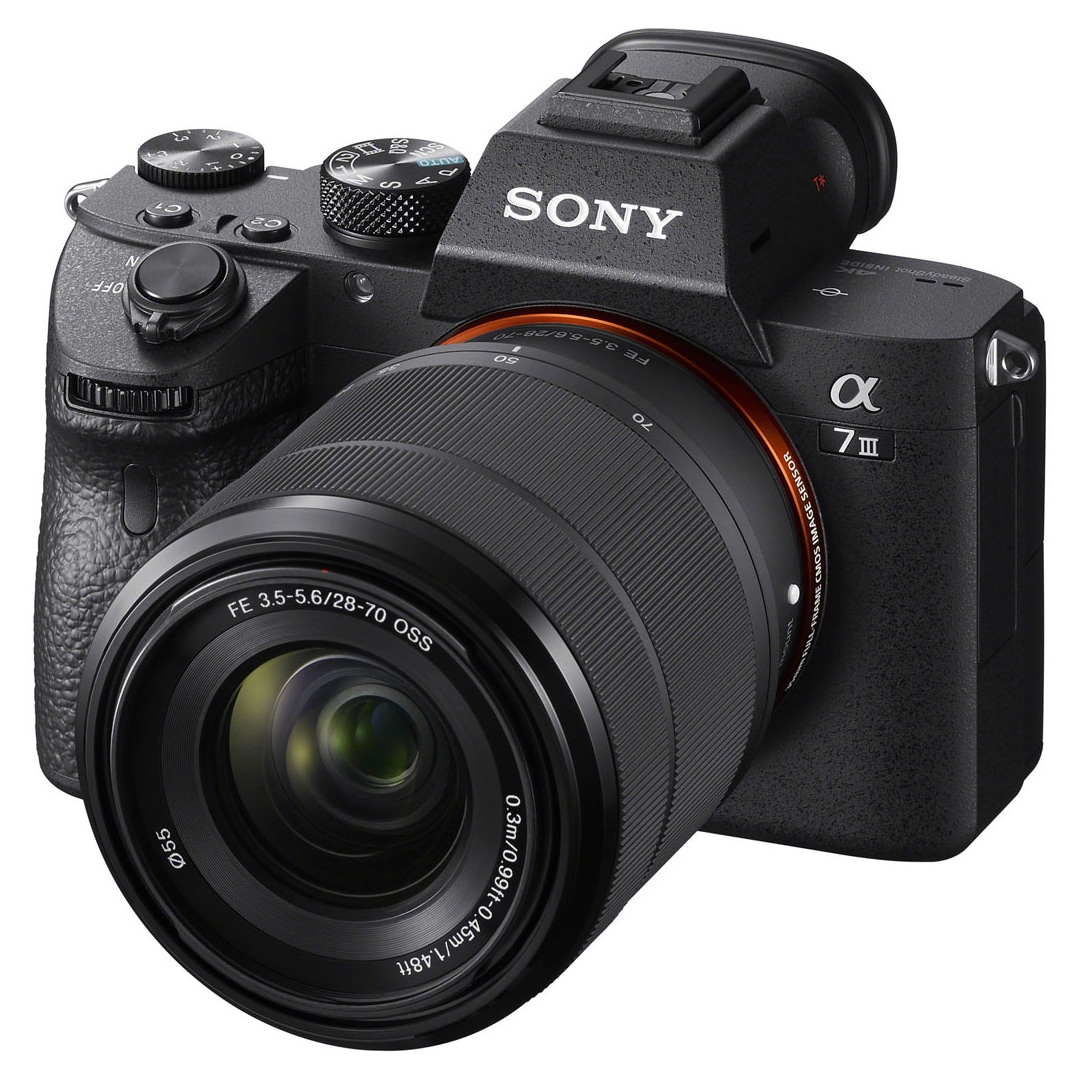 For a price tag of S$4,699 for the camera body alone, the Sony A7R III sure packs a punch in its lithe frame. Your favourite moments are captured with a 42.4 megapixel full-frame sensor that puts it on the higher echelon of image resolutions. It can shoot at 10 frames per second, perfect for snapping crashing waves or a cliched jump shot in a field.

For videographers, the A7R III has two SD card slots so you can keep shooting without worrying about filling up the space. The camera also films in 4K (downsampled from 5K to give the picture more detail) and 120 fps slow motion video at a 1080p resolution. 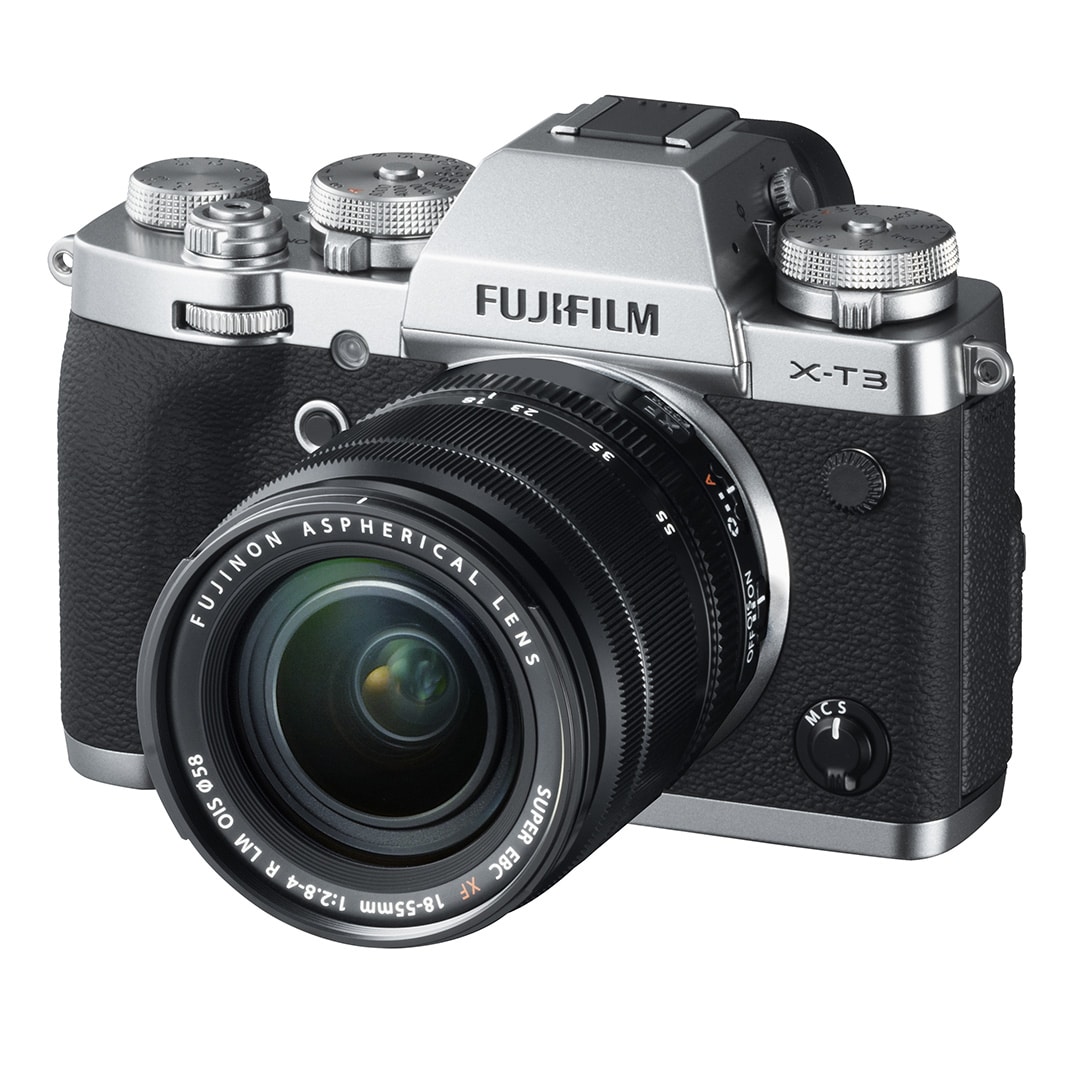 For a legacy brand, Fujifilm is adapting very well in the modern age of digital photography with the X-T3. This new camera improves on its popular predecessors with a new 26.1 megapixel sensor. It has the future in mind with a USB-C connector, an OLED viewfinder that refreshes at 100 fps, and 4K video recording capabilities at 60 fps.

If you’re constantly shooting moving objects like children, sports, or the F1 race, the X-T3’s sensor has 2.16 million phase detection autofocus that cover the entire frame. You can switch to single-focus mode and choose between 117 or 425 focal points if manual is more your thing. A big plus to the X-T3 is the addition of Fujifilm’s 16 film simulation modes. The brand with over 8 decades of film manufacturing has brought that dynamism into the digital realm. 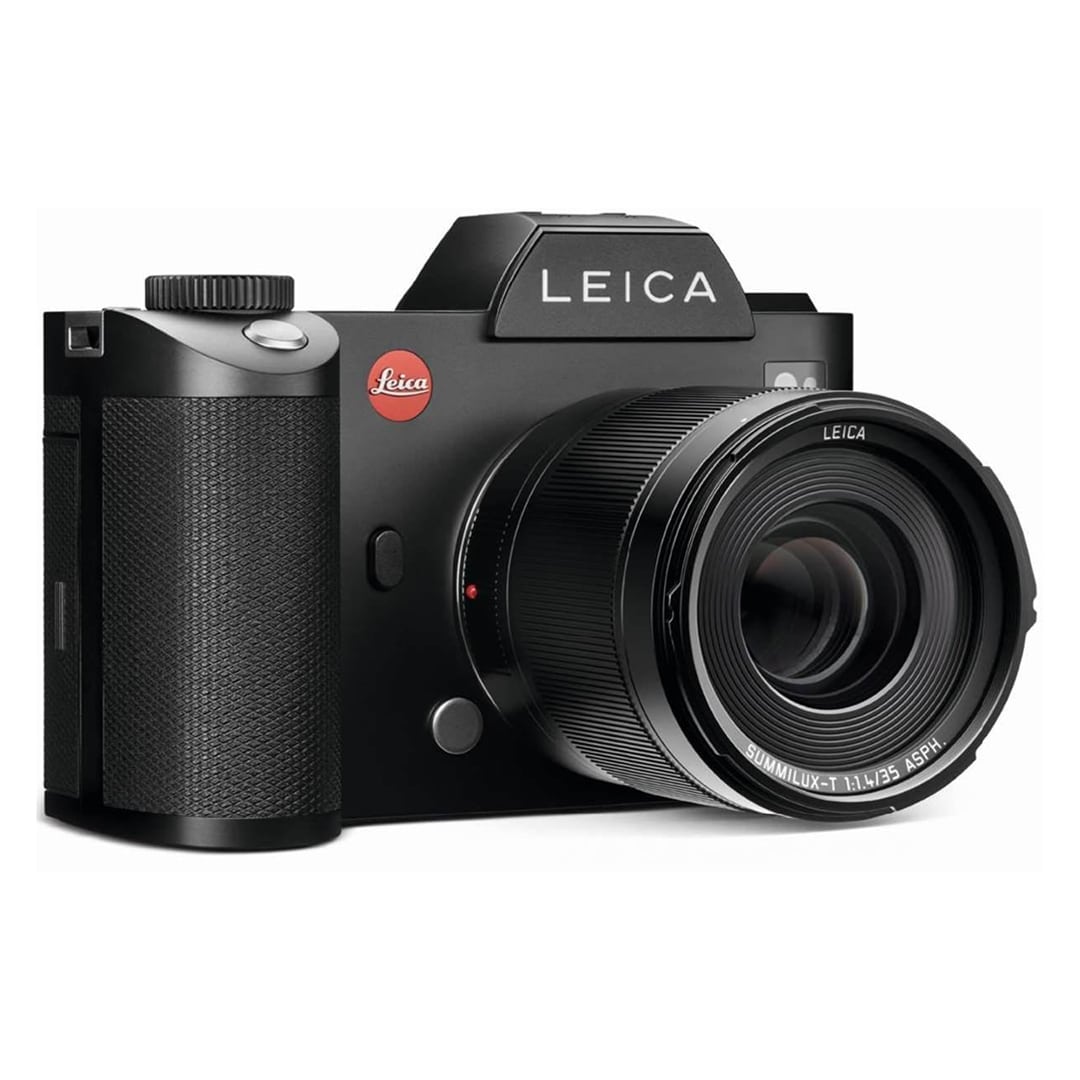 Leica is no stranger to the mirrorless format. While the SL is not as popular as its other formats like the S and M-systems, it is still one of the more high-end mirrorless cameras available. The SL has a 24 megapixel full-frame sensor with an ISO range of 50-50000. It uses the Dual Synchro Drive autofocus technology for precision focus from infinity to close range. It also has 4K video recording,

The best part about the SL is its compatibility with almost all Leica lenses. If you already have a cabinet full of Summilux and Summicron lenses, it’s easy enough to pick up the SL, attach a lens and start shooting.

Style
Fashion must ‘enforce inclusion’ says supermodel Naomi Campbell
Travel
LSA Curates: Step into an urban oasis with Praya Palazzo’s flexible stay offer
Style
Rimowa launches its first unisex sunglasses collection
Food & Drink
8 best dessert boxes in Singapore for an indulgent sweet treat
Style
Watch: Dior Haute Couture Fall/Winter 2020 live from Paris Fashion Week
Gear
Lamborghini’s new S$4.7 million luxury yacht has supercar DNA within
Living
These Instagrams are spotlighting truths about the minority experience in Singapore
Beauty & Grooming
NASA has created a perfume that smells like space so you can smell out of this world
Food & Drink
Where to find traditional Soon Kuehs in Singapore
Sign up for our newsletters to have the latest stories delivered straight to your inbox every week.