5 most expensive NFTs sold in 2022, from Cryptopunks to Clock

The NFT (non-fungible token) market is a booming and lucrative arena whose value runs into billions of dollars. From abstract digital art to music, sports memorabilia, film snippets and even real estate, the sky is literally the horizon for what can be turned into an NFT. And, the value of some of the most expensive NFTs sold in 2022, can help you gauge the extent of the NFT space.

NFT sales have catapulted over the years. 2021 saw a huge upswing in the interest in digital assets and the sale of NFT projects. The year saw some of the most valuable NFTs grab headlines with jaw-dropping sales and its inertia continued in early 2022. Cryptopunk NFT collections garnered a lot of attention and landed some hugely successful NFT projects this year.

From providing opportunities to mint and enlist your artwork, to helping build a dynamic NFT ecosystem where buyers and creators can interact seamlessly, NFT marketplaces such as OpenSea, Nifty Gateway and Foundation along with iconic auction houses like Christie’s and Sotheby’s have been pivotal in discovering artists and NFT collectors. 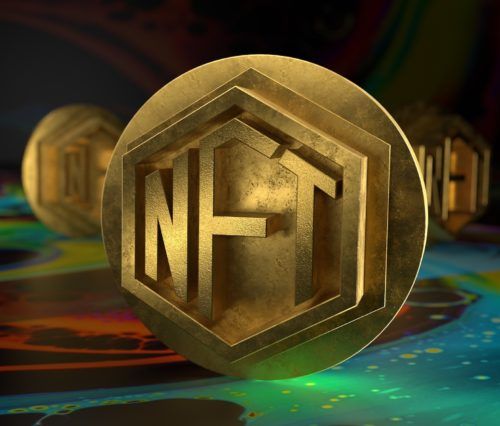 In December 2021, Pak caused a storm in the NFT-verse by amassing a staggering USD 91.8 million through his NFT titled Merge on the Nifty Gateway marketplace. Its value was followed by two of Beeple’s creations — The First 5000 Days which sold for USD 69.3 million in March and Human One which sold as part of Christie’s 21st Century Evening Sale in November.

However, according to media reports, while the wave seemed to have reached its peak in 2021 and in January 2022, there has been a significant dip in NFT sales in 2022. The ‘crypto winter’ seems to get even chillier from Q2 to Q3. Reuters refers to DappRadar and says, “The third quarter of 2022 saw USD 3.4 billion in NFT sales, down from USD 8.4 billion the previous quarter and USD 12.5 billion at the market’s peak in the first quarter of the year.” After an explosive 2021, the lull seems to continue even in the fourth quarter of 2022.

With another year behind us, we have rounded up some of the most expensive NFTs sold till date in 2022, along with their features, artist’s details and what makes them worthy of such sky-high amounts. And, going beyond 2022, the two sales from 2021 also deserve special mention for garnering the highest value ever.

Made in collaboration with Pak and WikiLeak’s founder Julian Assange, the Clock NFT was dropped in February 2022 and became the third most expensive NFT to date. Although the NFT does not resemble a clock or has anything to do with a clock, it does have a deep impact in terms of timekeeping. The NFT initiative is a digital count of the number of days Assange was held up in Belmarsh Prison on charges of espionage in 2019. All the proceeds from its sales were used for his legal battle.

Launched as part of Pak and Assange’s Censored series featuring 29,000 NFT messages, Clock is sold to AssangeDAO, a decentralised organisation (DAO) with over 10,000 supporters of Assange who crowdfunded its sales. The Clock NFT was sold for USD 52.7 million and the amount was handed over to Wau Holland Foundation which fought for Assange’s defence. Pak shared a short note after the end of the auction and said, “Censored was a drop with no creator, developer, platform, middlemen share. All from people, for the people.”

Reminder: Censored was a drop with no creator, developer, platform, middlemen share.

All from people, for the people.

A special thanks to friends at @manifoldxyz for helping with the project as well as donating their portion just like everyone else.

Pak’s Clock NFT is not the first of its kind which is sold for a cause. In 2021, NSA whistleblower Edward Snowden garnered USD 5.4 million by selling an NFT of his own face created from pages of a US appeals court decision.

This piece is Cryptopunks’ most expensive NFT sold till date. The rare punk, featuring a blue bandana, was sold for a whopping USD 23.7 million in February 2022. It is a part of the alien punks series and was lapped up by the CEO of Chain, Deepak Thapliyal.

This expensive cryptopunk NFT justifies its staggering value as it is one among nine rare alien punk series and one from a group of 333 other cryptopunk NFTs with a bandana.

The Cryptopunks collection has amassed unparalleled popularity among NFT enthusiasts. The collection of 10,000 such avatars in the Ethereum blockchain was launched by Larva Labs and is heavily influenced by London’s punk scene, the cyberpunk movement as well as electronic music artists such as Daft Punk. Yuga Labs later took over the collection’s intellectual property in March 2022. This paved the way for the new generation of NFT profile pictures which the popular Bored Ape Yacht Club NFTs are famous for.

Another digital artwork from the highest-grossing cryptopunk NFT collection, this piece was sold in February 2022 for USD 7.7 million. This cowboy hat-clad NFT was purchased by Compound Finance founder Robert Leshner.

What makes Cryptopunk #5577 stand out from the rest in the collection is that it is one of the few 24 ape-looking punks. It has a darker complexion and is one among 142 NFTs that sport a cowboy hat. However, with a surge in popularity and market domination by the Bored Ape Yacht Club, it won’t be too easy to see a punk ape featuring as an NFT profile picture.

Thank you to all who supported our project 🙏

Next steps: POAP for all those who donated to partybid, work with Come Back Alive on safely transferring funds

This NFT sale deserves a special mention in the list because of the situation under which it was sold and managed to garner a staggering USD 6.75 million.

On 2 March 2022, Russia’s invasion of Ukraine entered its seventh day and caused harrowing conditions for the people there. In a bid to provide ration and essential supplies to the war-stricken people, Russian art collector Nadya Tolokonnikova of Pussy Riot, NFT studio Trippy Labs and members from the influential PleasrDAO joined hands to form UkraineDAO. It is a decentralised automated organisation aimed at helping Ukraine in this dire situation.

They organised a fundraiser by auctioning an NFT of the Ukrainian flag. The NFT was sold to the winning bid from a group of 3,271 contributors who came together via PartyBid. The proceeds were then handed over to an organisation called Come Back Alive which is dedicated to provide supplies to the citizens there.

This NFT project set an unprecedented example of how the crypto world can come together and help those during a period of crisis.

Gear
Is the golden age of NFTs over? 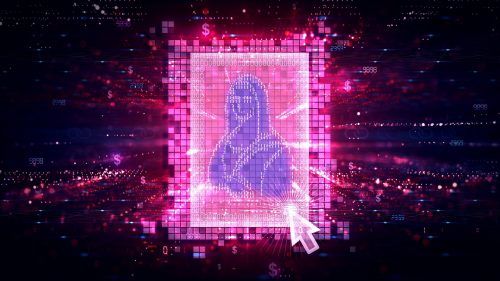 Riding the wave of the NFT craze of early 2022, XCOPY’s All The Time High In The City sold for USD 6.2 million in January. It was purchased by an NFT collector under the moniker rarecollector3000 for 1630 ETH on the NFT marketplace SuperRare.

It is one of the most expensive NFTs of the year and is composed of a red and black animated graphic design depicting a boatman carrying a man across, what appears to be, River Styx.

This dark NFT art was originally minted in 2018, but gained prominence much later. In September 2021, it was valued at USD 3 million and in four months, it found a place among the most expensive NFTs in 2022 when its value doubled.

XCOPY’s style is quite distinguishable in the NFT ecosystem as it is underlined with a theme of foreboding death and shows a dystopic world. In fact, this is the same person behind another successful and expensive NFT Right-click and Save As guy which was sold for around USD 7 million in 2021.

Most expensive NFTs sold in 2021

Pak is one of the most prolific and hugely successful names in the NFT space with some of the most expensive NFTs ever sold to his credit. However, although it was sold at the very end of last year, his Merge NFT deserves special applause.

Minted in December 2021, this continues to hold the apex position in 2022 as the most expensive NFT sold to date. Sold at a whopping USD 91.8 million on Nifty Gateway, Pak has surpassed all his contemporaries by a large margin and set new standards in NFT sales.

Instead of a static piece of art, it was released as a collection of 3,12,686 ‘masses’ which were distributed among 28,983 buyers who then could buy and sell these masses in secondary marketplaces to make a bigger mass. The blockchain mechanism involved enabled a new mass acquired to attach itself to the existing mass and make a bigger value and one single token. After a whirlwind of a sale that lasted 48 hours, Pak set new records to have sold the most expensive NFT art by breaking the previous art record held by Jeff Koons’s 1986 painting Rabbit which sold for USD 91 million  in 2019.

Mike Winkelmann, better known as Beeple, is another NFT art creator who holds a significant place in this arena with a number of expensive NFTs in his portfolio. Everydays: The First 5000 Days, the second most expensive NFT till now, was sold by Christie’s as the auction house’s first full digital artwork sale.

A graphic designer-turned-digital artist, Beeple worked on this piece — a collage of 5000 tiny images — for a period of over 13 years, hence justifying the high price tag. In fact, this piece helped shed the spotlight on the whole non-fungible segment and made the term known to every household. According to Coinscreed, the piece was purchased by an anonymous buyer who later revealed his identity to be Vignesh ‘Metakovan’ Sundaresan.

Justin Sun, the founder of Tron, was the second-highest bidder for Beeple’s NFT.

What is Bondee, an avatar-based next-gen social app by Metadream

Apple releases iOS 16.3: Everything you need to know about the latest update