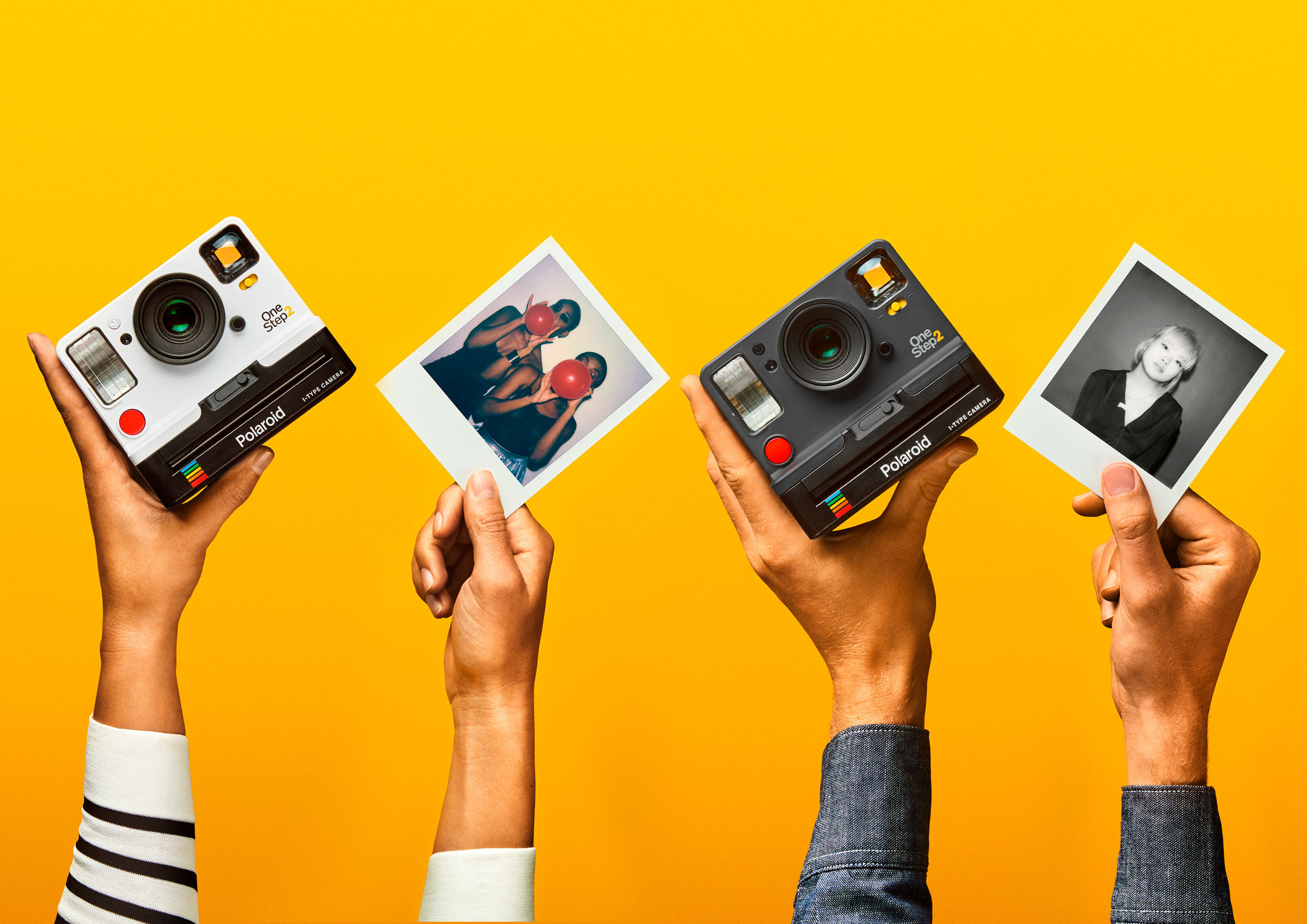 How Polaroid was brought back from the brink of death

Before selfies were a thing, the Polaroid frame reigned supreme. The cultural impact Polaroid had on the world was indisputable. Songs like OutKast’s Hey Ya! were written and movies were directed to its hype. The Boston Globe called the Polaroid Corporation the ‘Apple of its time’, and in the 1995 cult-favourite Clueless, Alicia Silverstone’s character Cher remarked, “I don’t rely on mirrors, so I always take Polaroids.”

This was the era before Instagram, and Polaroids were a snapshot of time that gave you a single, fixed perspective of a subject – the unquestionable reality. What you saw was what you got, as you couldn’t adjust the fade or remove any blemishes. A Polaroid was nowness in its purest form, and no two photos were ever the same.

What these instances showcased was that Polaroid technology has never quite left popular imagination. Yet the company that was once considered cutting edge and innovative has been on an uncontrolled free fall until recent years when it begin sputtering back to life. How did the juggernaut get to where it is, how did it begin its fall off the cliff and why is it returning?

The growth of a juggernaut
First, a bit of history. Before they started manufacturing instant film and cameras, the Polaroid Corporation first sold polarised sunglasses (that are still sold today). Founded in 1937 by Edwin H. Land, he grew the company from a small research and marketing firm into a global name synonymous with instant photography.

The first instant camera developed by the Polaroid Corporation was the Model 95 in 1947. Coined the ‘Land camera’, this first iteration of the instant camera weighed a whopping 1.8kg and cost US$89.75 (or US$993 in today’s currency, almost S$1,350) when it went on sale in 1948. Despite the price tag, it generated more than US$5 million in sales during its first year, and set a precedent for the roll-film cameras for the next 15 years. However, rather than ejecting film, it was developed inside the camera, and you peeled it out afterwards, leaving it to dry and settle.

Polaroid struck gold with the SX-70 and the introduction of its integral film. It was a hallmark and icon of the brand that emerged as a leader in the world of photography. A folding single lens reflex instant camera that’s easy to use was something unheard of at that time.

It was a magical process in the era of film photography, where everything you needed to create a photograph was in the photograph. Famed photographers like Ansel Adams, Andy Warhol, and Helmut Newton were among the many artistic talents who made use of not only the SX-70, but other Polaroid formats as well.

The most popular Polaroid however, was not the SX-70, but the Land Camera 1000. The boxy, plastic camera with its rainbow stripe decal down the middle was the best selling camera of the 1977 holiday season. While not as elegant and polished as the SX-70, the cheeky contraption brought to Polaroid a crowd that had a desire for simplicity. It literally took one step, a single press on the shutter, to capture a photo.

Pride comes before the fall
Polaroid’s swan song was the Polavision. Launched in 1977, this was a product that took aim at the motion picture industry, trying to inject the ‘instant’ factor into video recording. But instead of revolutionising how consumers captured home movies, it was, for lack of a better word, a catastrophic failure.

Over US$68 million had to be written off, and the Polavision stopped production just two years after it was announced. Following the controversy, CEO Land was asked by the board to step down. In 1982, he tendered his resignation as Polaroid’s chairman, and decided to sever all ties with the very company he founded and brought to success. He had spent over four decades at the helm.

At its peak in the mid-70s, the Polaroid Corporation flourished with annual sales of 13 million cameras, $2 billion in revenue ($10 billion in today’s dollars), and had a roster of over 50,000 employees. But the leaders within Polaroid’s enclosed bubble were oblivious to the changing landscape around them, and without another visionary like Land to steer them, they paid a hefty price.

Polaroid’s free fall in the following two decades was hard and fast. Attempts to jump start it back to life did not take off with the same fire and fervour that happened with the SX-70 and the Land Camera. The 1980s post-Land were particularly brutal to the company. They laid off several thousands of their staff, shuttered multiple factories, all while fending off potential takeovers and fighting a time-consuming lawsuit versus Eastman Kodak.

In 1987, Polaroid celebrated their 50th anniversary, but there was no pomp and circumstance. Land refused an invitation to the celebrations, and he passed away four years later aged 81 years old. His personal notes and letters were shredded by his personal assistant as he requested, and what was left was lost to a fire that consumed his home a few years later.

The advent of digital cameras and videotape camcorders coupled with the increased competition from bigger names like Nikon and Minolta just sped up its demise. In October 2001 the Polaroid Corporation filed for federal bankruptcy protection, and in February 2008 they announced that they would no longer produce any more Polaroid film.

From the ashes, rises a phoenix
Over the next decade, the Polaroid Corporation hovered around a mix of obscurity and relevance. They appointed Lady Gaga as creative director for a line of speciality image capturing devices in 2010, bringing some much-needed attention to the struggling brand. But that relationship fizzled after four years with the release of three products, none of which really took off with consumers spoilt with a plethora of choices from an overly-saturated market.

While Polaroid was desperately trying to grasp at anything that would keep them afloat, three men had no intention of letting it die. Dr. Florian “Doc” Kaps, a Polaroid enthusiast, André Bosman, a former factory manager with Polaroid, and Marwan Saba, a serial start-up entrepreneur, teamed up to save what was left of the Polaroid they knew.

A quote from the founder of Polaroid, Edwin H. Land, “Don’t undertake a project unless it is manifestly important and nearly impossible,” gave inspiration to the name of their startup, The Impossible Project. Their goal was to create a brand new formula for film that would work in old Polaroid cameras, estimated at over 300 million sets. It was indeed an impossible feat at that time, partly because Polaroid had already destroyed their supply chains, and the management was reluctant to sell the remaining 10 machines to them – unless they agreed to not reproduce the old Polaroid formula.

“From the beginning we let the investors know that it was Impossible, but that it could become ‘I’m Possible’ too,” said Kaps in an interview with Wired eight years ago. But against all odds, the small team of 15 did the impossible. In the small town of Enschede, Netherlands, they raised some funds and bought the remaining Polaroid equipment, leased a former building that was part of an old Polaroid plant, and developed a new formula of instant film for some of the already-existing Polaroid cameras.

In February 2010, two years after Polaroid ceased production of film, Impossible Project put on sale their first batch of film, the PX 100 Silver Shade First Flush for the SX-70. While it heralded the dawn of a new era, the PX 100 was not polished. The frame leaked chemicals, the photos blew out when exposed to too much light, and too much (or too little) heat would cause the end result to vary. But it was a step in the right direction, and onwards the little team at Impossible trudged.

Besides developing and perfecting their formula for film, hardware was also not out of the question. They launched a successful kickstarter project that let users print instant photos with their smartphone, and they even put out a new camera with all the wanton features required of a 21st century camera – bluetooth connectivity, sound triggers, and a smartphone app.

In 2015, Impossible Project sold 28,000 refurbished cameras and over a million packs of film.

The turning point came when Kaps handed over his reign of Impossible to a young entrepreneur by the name Oskar Smolokowski, who persuaded his father in 2012 to purchase a 20% stake in the Impossible Project. The Smolokowski family then acquired the actual Polaroid brand and its intellectual property earlier this year, effectively marrying the two brands under one roof.

Then in 2017 which marks the 80th anniversary of Polaroid, Impossible Project was relaunched as Polaroid Originals.

Alongside the rebranding, Polaroid Originals also launched the OneStep 2, a new camera that pays homage to the Land Camera 1000. It has all the tell-tale signs that it is a Polaroid product through and through, with its boxy structure and the rainbow motif.

Today, the team continues to develop and improve on the formula for its film, producing both coloured and monochromatic variants. The PX 100 and its sister product, the PX 600 (for the 600 series of cameras) went through at least 10 variants each before its current iteration, aptly named ‘Color Film for SX-70’ and ‘Color Film for 600’.

Today, their colours are more vibrant and not as saturated as before. Minor issues like chemical leaks and solar flares number little to none, and even modern photography savants can’t resist shooting with the new and improved film. Steven Klein took multiple snaps of pop queen Madonna for four covers of Vogue Italia.

Despite a successful launch of the OneStep 2, Polaroid Originals isn’t resting on its laurels. There has been an aggressive push into the Asian market with pop-ups appearing in Shanghai and Hong Kong over the past week. There is no slowing down for the company that is aiming to capture a crowd that has already been penetrated by Fujifilm’s Instax.

The last decade had been a whirlwind rollercoaster ride for Polaroid. It was on the brink of death, but like any good fairytale it was saved by the bell. The vision and passion showed by Kaps, Bosman, Saba, and Smolokowski not only saved Polaroid as a brand, but it gave meaning again to all the instant cameras that if not, might have been collecting dust in a corner of a storage hub.

Is this the renaissance of Polaroid? Maybe, but its future is one that needs a formula similar to that of its instant film: a little patience and the right environment. Hopefully soon we’ll go back to shaking it like a Polaroid picture.

Photography Technology Vintage Cameras polaroid Nostalgia instant photography edwin h land history behind the type polaroid originals the impossible project florian kaps
Josiah Neo
Writer
Josiah Neo is a tech writer who contributes occasionally to the fashion, travel, and culture beats. When he’s not busy keeping up with the keynotes, he’s probably stuffing his face with the best Melbournian donuts (at Shortstop, BTW) or watching his favourite esports team, the Los Angeles Valiant, pummel their opponents into oblivion.
Technology Travel Fashion Culture
Sign up for our newsletters to have the latest stories delivered straight to your inbox every week.