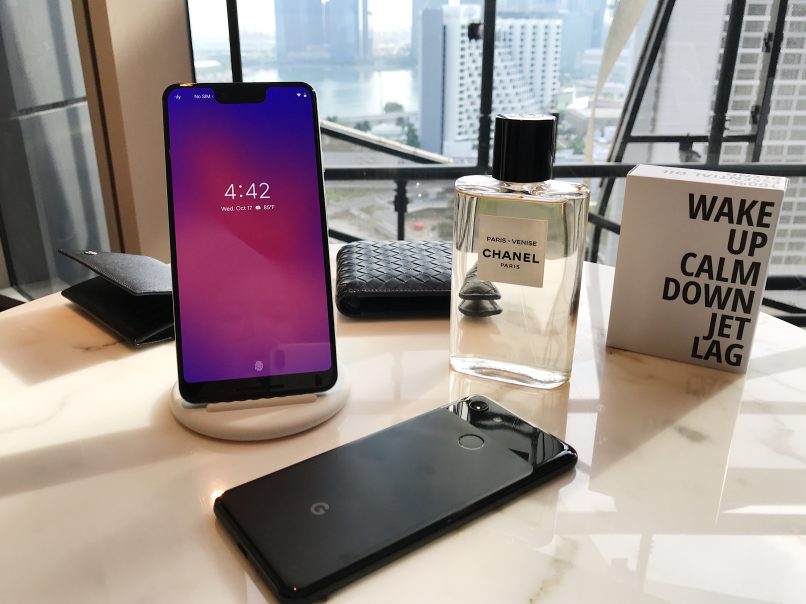 Review: Can the Google Pixel 3 really take on the tech giants?

Gear
Review: Can the Google Pixel 3 really take on the tech giants?
Share this article
Next article

In an age where Apple vs Samsung wars happen at almost everywhere you turn, Google is a company that is more subdued with its smartphone offering. So naturally, we didn’t know what to expect when attending the launch last week. However, after trying out the Google Pixel 3 over the past seven days as first-time users of the Pixel phones, we’ve been pleasantly surprised at what the phone can do.

First impressions always matter. For a software-focused company, the Google Pixel 3 has received a considerable upgrade in terms of its design. The display is an OLED panel that is noticeably brighter than the one on last year’s Pixel 2, and now comes in two sizes, 6.3-inch for the Pixel 3 XL and 5.5-inch for the Pixel 3. The phone also comes in three colours, namely Just Black, Clearly White and Not Pink — which all look Instagrammable in their own right.

The Pixel 3 XL’s glass back not only serves aesthetic purposes but also enables wireless charging. Unlike the iPhone, the Google Pixel 3 unlocks via a fingerprint sensor located at the back of the phone, which can be convenient when you’re holding on to the phone, but a hassle when the phone’s laid on a flat surface.

One of the Pixel’s draw that sets it apart from its competitors is Google’s software and the entire ecosystem it is ingrained with. Google Assistant has time and time again been heralded as the best Artificial Intelligence (AI) amongst its competitors — and it’s easy to see why.

The Google Pixel 3 integrates flawlessly with the G Suite cloud-based services, so adding appointments to your Google Calendar or replying to e-mails via voice recognition has never been easier, especially for those who work on the go.

Whether it’s launching the Good Morning routine (where Google Assistant will help you check the weather, your schedule and traffic) or replying to e-mails while driving to work in the morning, the Google Pixel 3 has made daily tasks a lot easier.

Wireless charging has improved drastically since it was first introduced on the Galaxy S6 and S6 edge in 2015, and it’s about time Google brings wireless charging to the Pixel phones. Besides, it’s better late than never.

Alongside the launch of the Google Pixel 3 is the Pixel Stand, a new Qi compliant wireless charger. Powered by Google Assistant, the stand enables faster charging while keeping the phone engaged and easily accessible by voice or shortcuts that appear on the screen.

While charging, Google Assistant answers your questions, plays your favourite playlist, becomes a control panel for your smart home, even mimicking the sunrise when your alarm goes off, helping you to wake up naturally.

Although it utilises a single rear lens, the Google Pixel 3 boasts one of the best smartphone cameras we’ve seen, producing excellent quality photos even in low light. The dual camera at the front helps you to up your selfie game — and allows for wider photos, making group selfies a lot less difficult.

We’re all familiar with the struggle of taking what seems like a million photos before choosing the perfect one. Top Shot is a saviour for those with this tendency. The feature uses on-device machine learning to recommend the best shot from every photo captured, namely the ones where everyone in the photo is smiling with eyes open. The technology can also detect blur, gaze and focus to recommend shots and save them in beautiful HDR+ and higher resolution, utilising the frames taken when making a motion photo. With Top Shot, unglamorous photos are a thing of the past.

Another feature introduced to the Pixel 3 is the Google Lens, an image recognition software which the company rolled out in March this year. Integrated into the Pixel 3 phones, Google Lens will allow you to scan and translate text, find similar styles of clothing, identify popular landscapes while travelling or scan business cards so you can easily save it onto your phone.

As digital journalists, the latter is probably the simplest function yet most effective. After networking events, we run through the name cards we’ve collected on Google Lens, which helped us save, search, and expand on the contact information found on business cards. This helps save more time than manually saving every single information on the cards.

Will the Google Pixel 3 spark a revolution that will influence Apple or Samsung users to make the switch? Probably not. It’s a decent phone at its price point, and is perfect for those on-the-go, especially with the seamless integration with Google’s entire ecosystem. Additionally, the Pixel Stand, while not necessary (especially at its S$119 price point), helps elevate your experience; especially when placed at your bedside table or office desk.

Review Google Tech google pixel 3 phone
Dewi Nurjuwita
Senior Writer
Dewi Nurjuwita is a travel and design writer who can be found exploring the streets of foreign cities with passport in one hand and a cup of coffee in the other.
Travel Architecture Interior Design